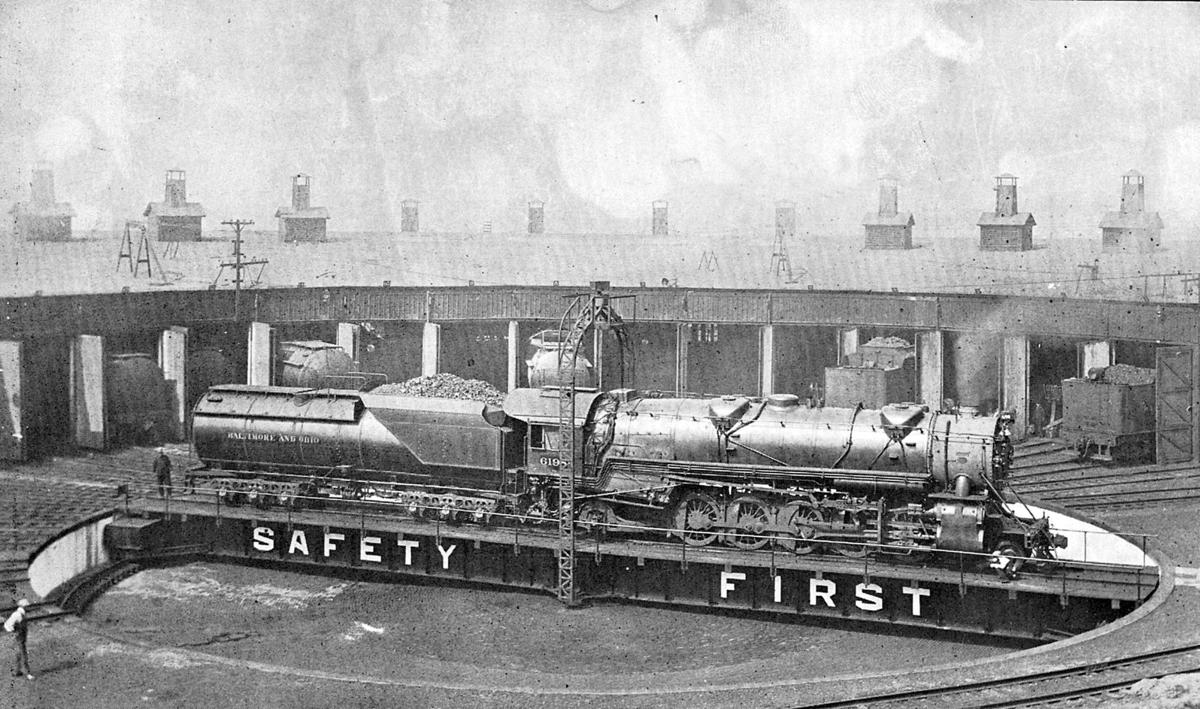 A Baltiomore and Ohio heavy-barreled Bix Six sits on the 115-feet turntable at New Castle Junction on Sept. 15, 1926. 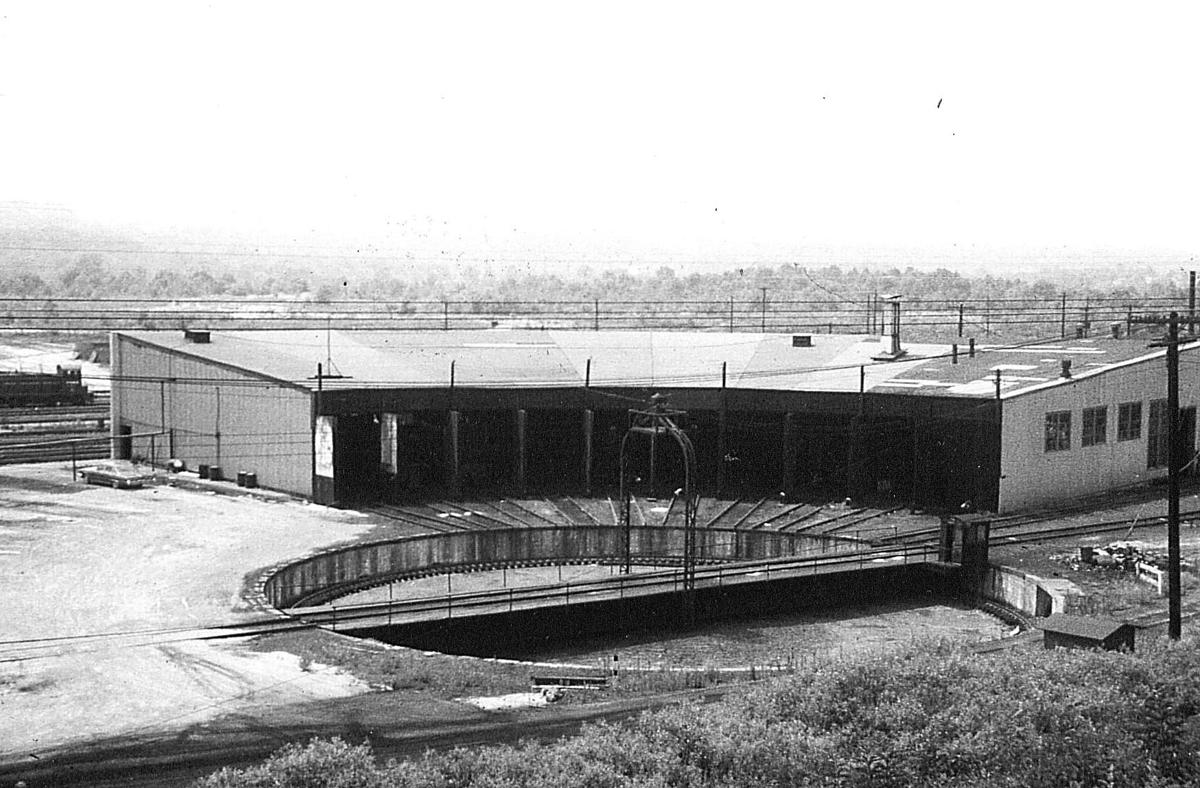 A Baltiomore and Ohio heavy-barreled Bix Six sits on the 115-feet turntable at New Castle Junction on Sept. 15, 1926.

In the distance, a whistle blows. Then there’s a rumbling on the tracks.

The train gets closer. It could be hauling freight to Detroit or Chicago.

Trains pass through the yards outside Mahoningtown several times a day and across miles of tracks in Lawrence County.

And they have done so since the first railroad company was established here in the 1800s.

At one time there were four prominent railroads — the B&O, Pennsylvania, P&LE and Erie.

Nick Perrotta Jr. and his twin brother, the late Tom Perrotta, were 15 when they started working for the Pennsylvania Railroad. Perrotta Jr. began as a timekeeper, finished school and went on to work eight years on the railroad.

His father, Nick Perrotta Sr., spent his entire career from age 18 to 62 working on the Pennsylvania as a rail maintenance supervisor.

“My dad was one of the first supervisors to start camp cars, which in essence, were a primitive sort of motel, “ Perrotta Jr. said.

Railroad camp cars date back to the 19th century. By the 1980s, most railroads began phasing out camp cars in favor of hotels and motels.

Now 81, Perrotta Jr., said his father went to Detroit to hire different ethnic groups to start repairs, and they traveled from city to city between New Castle and Cleveland with the camp cars.

“They had bedding, one big commissary and a kitchen where three meals were served a day,” he said.

“I loved the railroad. You could see them hauling different materials to steel mills. You would see a train go by with the finished product that came out of the mills.”

The railway building boom in the U.S. happened between the 1830s and 1860s as railroads replaced canals as a primary mode of transportation.

Traveling by train also became efficient and a way to see different parts of the country.

By the 1920s and 1930s, though, railroad ridership and mileage started to decline with the advent of automobiles, airplanes and the Great Depression.

But it surged again when soldiers were sent overseas during World War II.

After the war ended, though, car travel once more caused train travel to wane.

“I just love railroads,” Magee said. “I rode a lot of different ones for travel. It’s the way you got to places before airplanes came along. It was like a hotel on wheels.”

He is such an enthusiast that he even owned a railroad business car.

Magee said those were inexpensive to buy when Amtrak took over passenger service and the railroad had to turn over its cars.

“Railroad executives rode in them, and they had a back porch, kitchen, dining room, living room and lounge, and were staffed by a cook,” Magee said.

Alex Russo, whose father worked on the Pennsylvania Railroad for 50 years, remembers catching the train to New York every year.

“At 10 p.m. it was the Akronite, and then it became the Clevelander, which went to Rochester, then Pittsburgh to Altoona to Harrisburg, Lancaster, Paoli, Trenton, Newark and New York City,” Russo said.

“It brings back good memories,” the Union Township resident said. “I remember the sounds of the trains at night. The whistle would blow at the railroad crossing.”

But it’s hard for him to forget the sight of the Army freight trains with tanks and guns that went by during World War II.

Hauling freight has always been a mainstay of the railroads, though.

When Neshannock Township resident Esther Shoaff was a child in the 1930s, her dad worked for the B&O Railroad driving freight trains to Willard, Ohio where another crew took them to Chicago.

“The engines were steam locomotives,” Shoaff said. “They were big and noisy. Coal fired the heat for the boilers to create steam that powered the engine.”

Shoaff said that when her father went to pick up his paycheck at the B&O yards, he sometimes took her and her brother and they all would go to the roundhouse.

Carl Rice retired as an engineer with the B&O.

In a 1972 interview conducted by The News, Rice, who died more than 30 years ago, told of how he began as a roundhouse laborer when he was just 16, next becoming a fireman on steam engines.

“Each type of steam engine had a different personality,” Rice had recalled. “You had to have what we called an ear for music because those engines talked to you.

“The cha-cha noise would start out real slow and get faster as you worked the quadrant. Why, it was the prettiest sound you would want to hear.”

That changed when diesels took over, he said, noting that the average diesel train was about three times as long as an average steam train.

Rice spoke for many railroaders who remember that at one time, the railroad was like a big family.

Passenger miles: Train travel was the way to go in the early and middle parts of the 20th century

At 4 a.m., 18-year-old Shirley Goff was getting ready to catch the 5 a.m. P&LE passenger train to Pittsburgh.