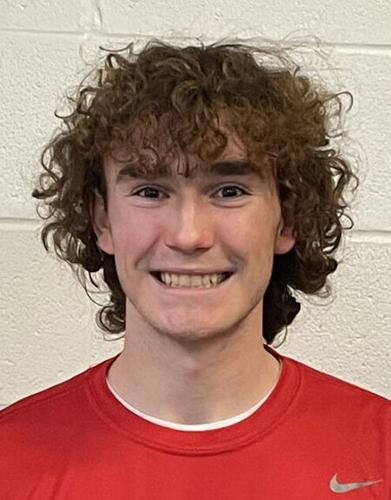 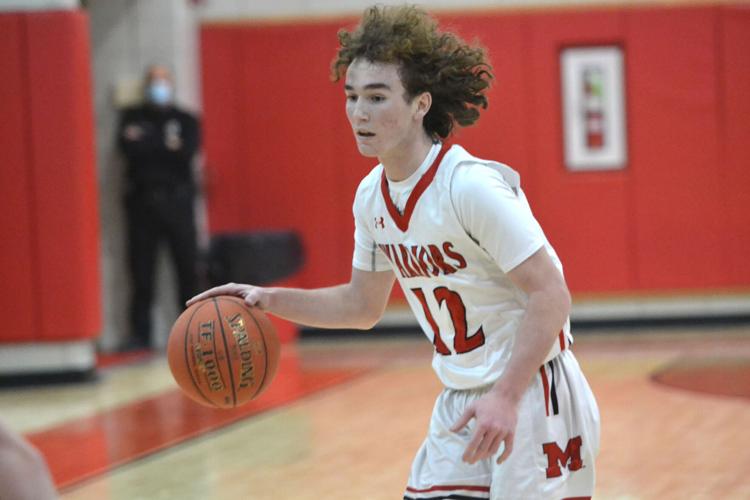 Seven of the Warriors are sophomores and one of those sophomores, Jay Wrona, has a promising future.

Last Wednesday, Wrona buried a 3-pointer at the buzzer against Beaver Falls to lift Mohawk to a 40-37 WPIAL Section 1-3A win.

“We’ve been in a lot of close games this year so we’re kind of used to playing in close ones,” Wrona said. “I think all of us, as a team, have become more comfortable in high-pressure situations. It was finally nice to come out on the right side of one at the buzzer.

“When we practice, at least two or three times a week, we set up situations at the end of practice where Coach (Mike) O’Lare will separate us and he’ll put a situation on the board like two minutes left where some team will be down six and we have to try and get back into it that way.”

“He does have a natural ability that understands the game,” O’Lare said. “For a sophomore, he has a high-level IQ for hoops.”

For his efforts, Wrona was named Lawrence County Athlete of the Week, as voted on by the New Castle News sports staff.

O’Lare noted Mohawk lost to Laurel in double overtime prior to the game against the Tigers when he called a timeout right as Wrona made the basket that would have won the game.

“Being put in that situation again a week later as the clock’s winding down,” O’Lare said. “I was looking at Jay and saying to myself I’m going to let him make the play. I just said ‘You know what, I had a timeout but I’m letting these guys play this time,’ and he made another shot. So, I’m assuming the rest of his career I’m going to let him play.”

The next day, Wrona netted 23 points for the Warriors in a 55-52 nonsection win over Freedom.

“We had a bit of a letdown there,” Wrona said. “We were kind of high off of getting a win over Beaver Falls and we came out a little flat against Freedom, but ultimately we got the job done. That was the biggest thing for us to get a second win of the week.”

A son of Kevin and Debbie Wrona, the 5-foot-10 guard remembered playing basketball since a young age when his father coached. Kevin Wrona was head coach for the Warriors from ‘04-05 to the ‘10-11 season.

“I work with him a lot, he’s pretty good obviously,” the younger Wrona said, commenting on his father. “We talk about the games and he always has something for me to work and improve on. He’s always good with me about what I do well and he always gives me a pros and cons basically. He understands it’s tough right now where we are but he’s good with me and understands what it’s like for me.”

O’Lare transferred from coaching Mohawk’s girls basketball team to the boys this season but he knew Wrona prior to this season.

“I’ve known Jay since he was little, four or five years old, so I’ve had a good relationship with him for a long time,” O’Lare said. “As far as coaching him, this is the first time I’ve coached him. I knew his ability and his basketball IQ was high. I guess I had a little cheat sheet on him from knowing him prior to this season.

“A coach/player relationship is a lot different than a kid that you just know. It’s been fun getting to know him on that level, trying to help him in his growth. Being that he’s still in tenth grade his best basketball is years ahead of him.”

Wrona said his philosophy of gameplay on the court is to try and keep everyone afloat as a guard.

“As a point guard you have to run the offense,” Wrona said. “You have to make sure everyone’s set up and knows what they’re doing and just try to keep everyone on board; don’t let anyone try to jump the ship on us.”

Wrona cited the Warriors’ greatest strength and weakness for Mohawk is the young dynamic of the team.

“We did a lot more over the summer this year,” Wrona said. “We were in the gym four times a week over the summer every week. We played a little bit but played more this summer because COVID is kind of slowly going away. Coach O’Lare is good and I’ve known him forever so it was pretty exciting to hear he was the new guy to come in and try to lead us.”

Wrona’s individual goals on the court are simple.

Wrona plays as a quarterback and cornerback for Mohawk’s football team. He also plays middle infielder for the Warriors’ baseball team.

As of now, Wrona commented that he’ll probably lean toward playing baseball at the collegiate level as opposed to basketball or football.