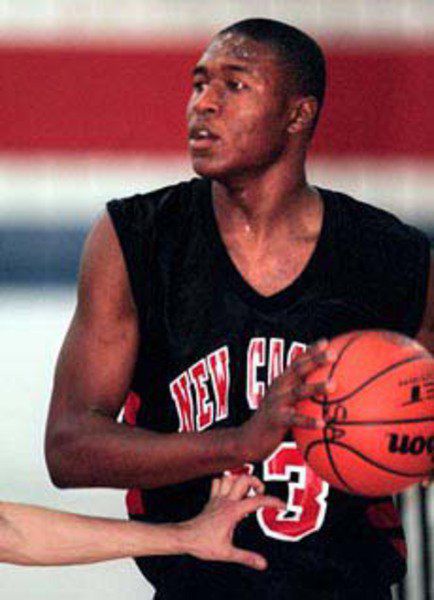 LEFT: The number 13 proved to be a lucky one for David Young at Xavier. 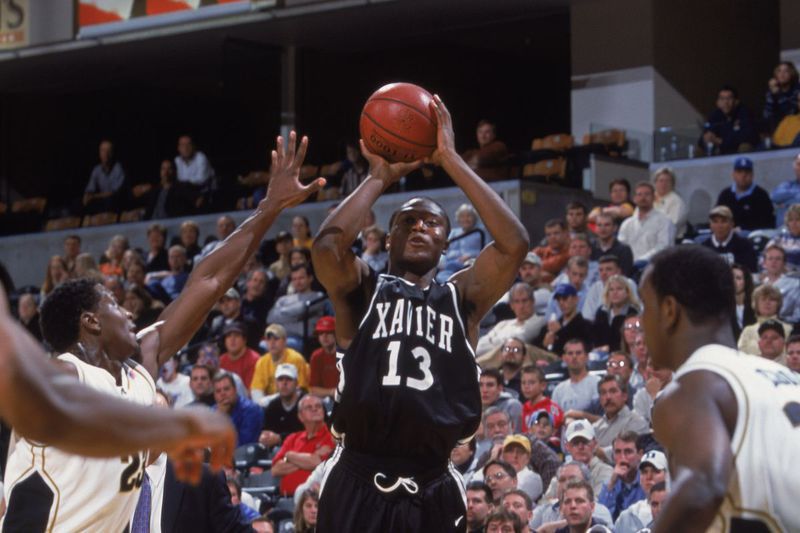 The number 13 proved to be a lucky one for David Young at Xavier. 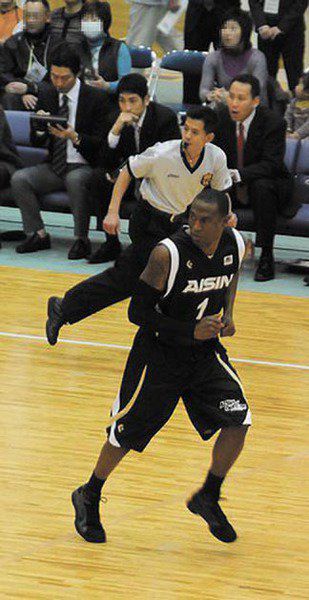 David Young played for a team in the Philippines for a time.

LEFT: The number 13 proved to be a lucky one for David Young at Xavier.

The number 13 proved to be a lucky one for David Young at Xavier.

David Young played for a team in the Philippines for a time.

If you have followed high school basketball in the past 30 years, these names will be familiar.

A panel of 10 current and former coaches, sportswriters and others in the know in local basketball circles, headed up by local attorney/writer/coach Larry Kelly, was asked to come up with a list of the Top 10 players in county basketball history. That list swelled to 15 when it simply became too tough to choose just 10.

Like Don Hennon on the pre-1990 team, one place about which there was no debate at all on the post-1990 unit was at No. 1 — and the overwhelming choice was a guy by the name of David Young.

Young received the top vote from nine of the 10 panelists. He ranks third on the list of Lawrence County’s career scorers with 2,232 points. He was first-team all-state, all-WPIAL and a two-time member of the Post-Gazette’s Fab 5 in 1998 and 1999. In 2020, Young was named the 10th-best player in the Post-Gazette’s list of the top 20 Fab 5 players. He won three WPIAL titles at New Castle. His career began at Union as a freshman.

Young continued his career at Xavier University. After graduating from Xavier he played a post-graduate year at North Carolina Central University.

Young was a second-round draft choice of the Seattle SuperSonics in 2004. He played professional basketball internationally for 13 seasons before retiring in 2012.

The 1995 Neshannock graduate is the leading scorer in the history of Lawrence County basketball with 2,612 points.

Covert was selected to the 1995 edition of the Post-Gazette Fab 5. He also was first-team all-WPIAL and received all-state recognition.

Covert continued his career at Akron before transferring to Robert Morris. For his collegiate career, Covert averaged 8.2 points and 2.0 assists per game. He received Northeast Conference Player of the Week honors during the 1998-99 season.

Covert was listed in the book “Heads of State” as one of Pennsylvania’s greatest high school basketball players.

The 2014 graduate of New Castle led the team to the 2014 PIAA Class AAAA championship.

Hooker continued his football career at Ohio State University. He was a consensus first-team All-America at safety as a junior.

Hooker was the 15th pick in the first round of the 2017 NFL Draft by the Indianapolis Colts. He, along with his brothers Marcus and Marquel, scored 4,189 career points for the Red Hurricane.

Anderson, a 2013 graduate, scored 1,496 career points. He led New Castle to the WPIAL championship in 2012 and 2013. Anderson was a first-team all-state selection and a member of the Post-Gazette’s Fab 5 as a senior.

Anderson continued his career at the United States Naval Academy. At Navy, Anderson led the Midshipmen in scoring three consecutive years. As a junior, he was named second-team all-Patriot League and earned first-team honors as a senior.

Anderson also was named to the Senior CLASS All-American first team. Anderson was named captain in his senior year and is the first and only player in the history of Navy basketball to amass 1,000 career points, 500 career rebounds and 300 career assists.

McNees, a 2006 graduate of Shenango and son of Lawrence County Historical Society Sports Hall of Fame coach Bill McNees, scored 2,192 points and is currently fourth on the Lawrence County list. He was selected to the Pittsburgh Post-Gazette’s Fab 5.

McNees continued his career at the University of Akron, where he averaged 8.6 points and 2.8 assists per game. As a senior, McNees was named the Mid-American Conference’s best leader by the Sporting News in its season preview.

McNees made 63 consecutive starts for the Zips. He finished his career with 318 assists, which placed him seventh on the all-time list at Akron. McNees is currently a member of the Duquesne University men’s college basketball coaching staff.

Richards was, and still is, the greatest 3-point shooter in the history of Lawrence County. His 304 3-pointers is not only the career record for Lawrence County, but also ranks him third in the entire WPIAL.

He also holds the season record for the county with 101 3-pointers. He scored 1,129 points during his career and was named first-team WPIAL and second-team all-state. During his last three seasons as a Red Hurricane, his team finished with a record of 87-2, undefeated in the WPIAL and the 2014 PIAA champions.

Richards finished his career at Le Moyne College, where his team reached the Division II Elite-Eight in 2018.

Whetzel was a 1999 graduate of New Castle. He scored 1,016 points during his career. Whetzel was the point guard on the Red Hurricane WPIAL championship teams of 97-98-99. Whetzel was named to the all-section team and was a member of the prestigious Pittsburgh Post-Gazette’s Fab 5. He not only was a great scorer, but also a great distributor of the ball. When the game was on the line — he was ice at the foul line.

For anyone who has forgotten, coach Blundo was a great player. He was MVP of Section 3 and the MVP of the Roundball Classic game.

He shared the single-season scoring record with Mike Drespling at New Castle with 501 points. For his efforts, he was awarded a scholarship to Division I Monmouth University in New Jersey. Blundo finished his career at Westminster, where he was part of a team that was 25-3 and played in the NAIA Division II national tournament in 1994, finishing in the sweet 16.

The 1998 New Castle graduate scored a total of 1,086 points. He averaged a double-double, points and rebounds, during his junior and senior seasons and was a two-time WPIAL champion and PIAA runner-up.

The 1993 Neshannock graduate scored 2,085 points for his career. He is one of only six Lawrence County players to eclipse the 2,000-point threshold. He is the fifth-leading scorer in the history of the county. Kwiat continued his career at Westminster College.

The 1996 graduate scored 1,202 points and continued his career at Division I Bucknell University.

The 2018 New Castle graduate is the leading rebounder in the history of Red Hurricane basketball with 950. He scored 1,543 career points to rank 19th on the all-time county scoring list.

The 1997 graduate scored 1,715 career points to rank ninth on the all-time county list. Delaney led the 27-2 Wildcats to their only WPIAL championship in 1996.

The 1999 New Castle product scored 1,304 points. Pagley was one of the best 3-point shooters in the county and was a member of teams that won three consecutive WPIAL championships.

•Craig Hannon was a 2004 Union graduate. He scored 1,082 points and led the Scotties to their only WPIAL championship. Hannon is the leading scorer in the history of Westminster College men’s basketball with 1,717 points.

•Shane Lanigan, a Shenango graduate, was part of the team’s WPIAL championship team.

•New Castle graduates, Dom Joseph 1,299 points; Devin Taylor, all-conference player at Slippery Rock University; Mark DeMonaco, who scored 1,550 career points at Westminster College and was first-team all-conference in the Presidents’ Athletic Conference at Westminster College; Brandon Domenick, who was second all-time in Lawrence County 3-point field goals with 208; Marcus Thomas and Rick Steele from New Castle’s 1993 championship team; and Phillip Macri, one of the fiercest competitors at New Castle, who had his career cut short because of injury.

They are some of the most recognizable names in the history of sports in Lawrence County.