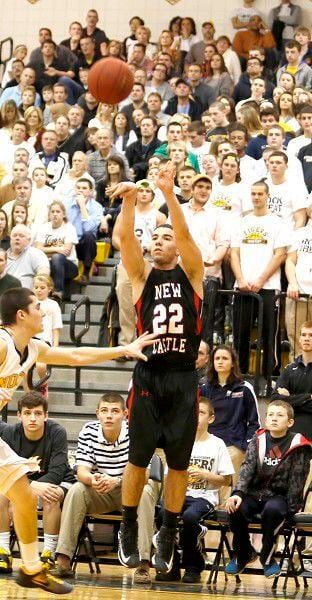 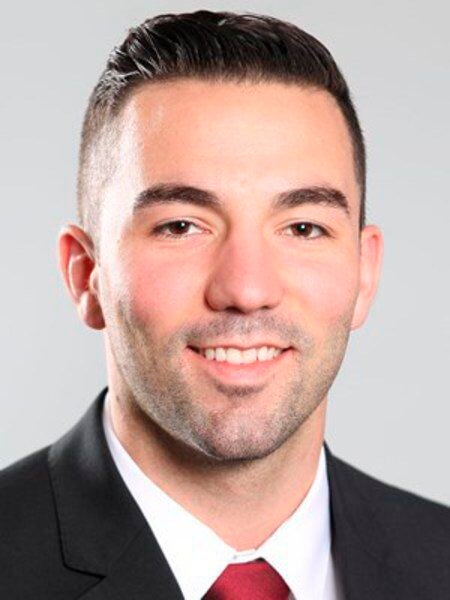 Anthony Richards has a new position.

Richards, a 2014 New Castle High graduate, was hired this week by Holy Cross. He was appointed the Director of Basketball Operations for the men’s basketball program.

“I’m really excited to start,” Richards said. “This is a great opportunity for me.”

The Crusaders, an NCAA Division I member competing in the Patriot League, are led by third-year coach Brett Nelson.

“Brett Nelson has been around a lot of places,” Richards said. “I’m excited to learn from him.”

Richards will be handling the traveling arrangements for Holy Cross’ men’s basketball team, along with academics, team meals and assisting with scouting and recruiting.

A son of David and Doreen Richards, Anthony Richards played guard and won three WPIAL championships and a state title at New Castle. The Red Hurricane was 107-10 during his four seasons.

“Anthony has been Anthony ever since I have known him,” New Castle coach Ralph Blundo said. “In terms of his approach to the game of basketball, everything is 100 percent focus and effort.

Blundo was in his first season at the helm when Richards was a freshman. Blundo has coached the ‘Canes for 12 seasons.

Prior to Holy Cross, Richards spent three years on the men’s basketball staff at the University of Arizona under Blackhawk High graduate Sean Miller. He began with the Wildcats as a graduate assistant in the summer of 2018, before taking over as the director of student-athlete development in the summer of 2019.

Richards served as the program’s liaison with the academic and compliance offices, in addition to overseeing the team’s undergraduate managers during his final two seasons with the program.

“I learned a lot about building a program and doing the right thing. Holding people accountable,” Richards said of what he learned from Blundo and Miller. “Those are things they both do. Learning different offensive and defensive philosophies.”

Last month, Richards was in town to help with Blundo’s basketball camp.

“I think the biggest thing about Anthony is his willingness to move and change as the game changes,” Blundo said. “Here we are now, Anthony is a former player of mine from seven or eight years ago. He was here recently for a basketball camp and he taught me so much.

“If you ever saw Anthony at a camp and you see his energy, you know why he’s a coveted coach. He’s a young man of initiative. No work is too difficult for him. I’d be awfully surprised if he’s not a head coach in the near future. I think he’ll be a superstar of a coach.”

Richards closed his high school career with 1,129 career points and a school-record 304 3-pointers. He played collegiately at West Virginia Wesleyan and later at Le Moyne College.

Richards’ dad, David, was an assistant coach for Blundo on the 2014 state championship team.

“My dad definitely played a role in it, and Coach Blundo,” Anthony Richards said of his coaching passion. “I played for a great college coach, Patrick Beilein (at West Virginia Wesleyan). My relationships with coaches is a big reason for my interest in coaching.”