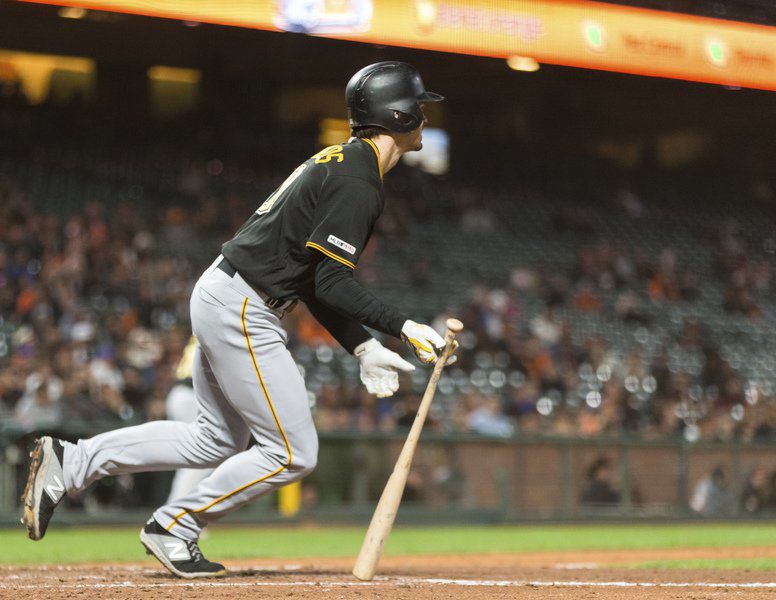 Pittsburgh Pirates' Bryan Reynolds hits a RBI single for the go-ahead run against the San Francisco Giants in the ninth inning of a baseball game in San Francisco, Monday, Sept. 9, 2019. 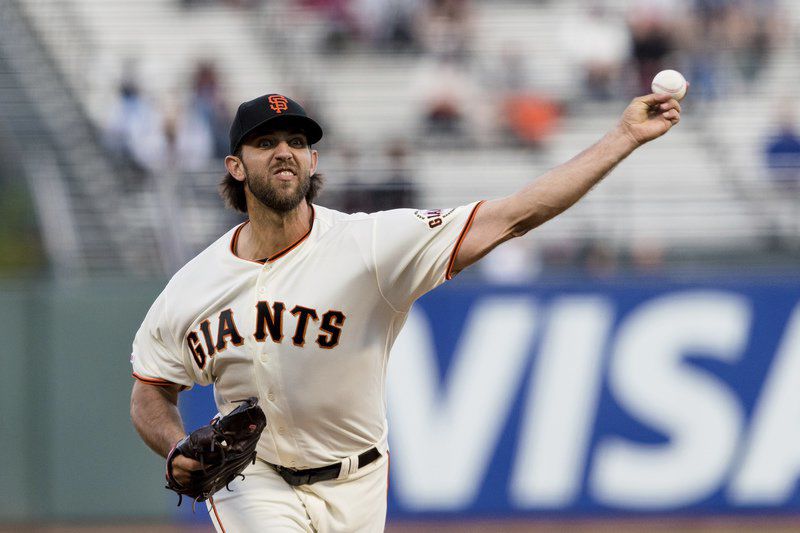 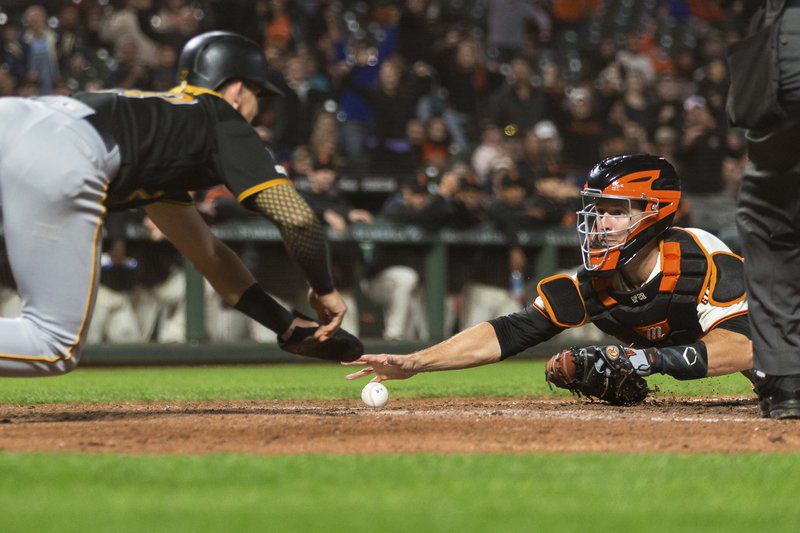 Pittsburgh Pirates' Bryan Reynolds hits a RBI single for the go-ahead run against the San Francisco Giants in the ninth inning of a baseball game in San Francisco, Monday, Sept. 9, 2019.

SAN FRANCISCO (AP) — Bryan Reynolds hit a go-ahead single against his former team during a four-run rally in the ninth inning that sent the Pittsburgh Pirates over the San Francisco Giants 6-4 last night.

Down 4-2, the Pirates used three pinch-hitters and came back against three Giants relievers in the ninth.

Kevin Newman hit a tying, two-run single with one out and Reynolds, a fellow rookie, followed with an RBI single off Jandel Gustave.

Reynolds also had a double and is batting .328. The Giants drafted him in the second round in 2016 before trading him to Pittsburgh after the 2018 season in a deal for Andrew McCutchen.

José Osuna added a sacrifice fly in the ninth for insurance.

Fernando Abad (0-2) gave up two hits and a walk while getting only one out.

Richard Rodríguez (4-5) pitched a scoreless eighth inning. Felipe Vázquez worked the ninth for his 26th save in 29 chances.

Brandon Belt had three hits, including a two-run double for San Francisco. The Giants lost at home for the seventh time in eight games and fell to nine games below .500 at Oracle Park.

Belt’s’ two-out two-run double in the fifth broke a 1-1 tie.

Jacob Stallings homered for the Pirates.

The Giants took a 1-0 lead in the first when Evan Longoria singled in Mike Yastrzemski.

Giants catcher Buster Posey recorded his first career sacrifice bunt when he advanced Yastrzemski in the bottom of the first after 4,539 career at-bats.

Reynolds’ 35th double tied Hall of Famer Paul “Big Poison” Waner (1926) for the Pirates’ rookie record. . Giants center fielder Kevin Pillar took extra bases away from Osuna with a leaping catch against the wall with one out in the fourth.

Pirates: OF Starling Marte was out of the lineup with a left wrist sprain he suffered making a diving catch in Sunday’s game against St. Louis. Manager Clint Hurdle said his status is day-to-day.

Giants: RHP Reyes Moronta will undergo surgery today to repair his injured labrum and capsule, manager Bruce Bochy said. The procedure will be performed by Dr. Neal ElAttrache in Los Angeles. . LHP Tony Watson underwent an MRI yesterday that showed a hairline fracture on his left wrist. Watson, a former Pirates reliever, suffered the injury making a diving tag play in St. Louis on Sept. 5. He’ll be reevaluated after wearing a splint for 10 days, Bochy said.

Pirates: RHP Mitch Keller (1-3, 8.18) left his last start on Sept. 4 in the second inning with a right wrist contusion after being struck by a line drive.

James L. Anderson of New Castle passed away in Orlando, Florida, on Feb. 21, 2020. Visitation will be 2-4 and 6-8 p.m. on Tuesday at R. Cunningham Funeral Home Inc. Complete obituary announced Tuesday.

Eugene Michael Ross Sr., 74, of Edinburg passed away the morning of Feb. 21, 2020. Eugene was born on March 22, 1945, in New Castle. He was a son of the late John and Marie (Harding) Ross. Mr. Ross was married to the former Becky Magusiak. They were married for 54 years. Eugene was a graduat…