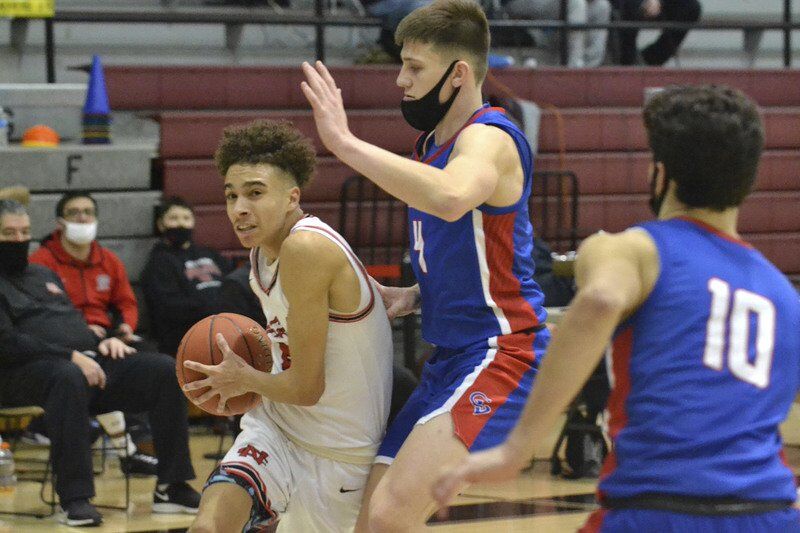 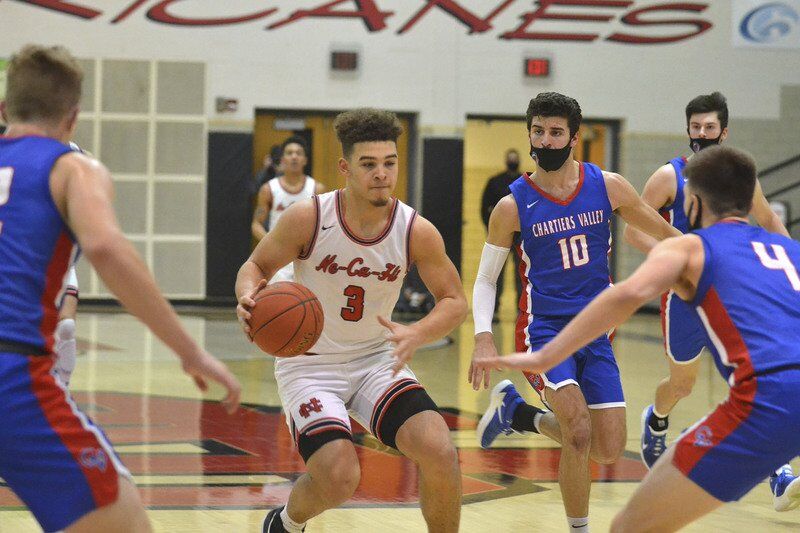 New Castle's Michael Wells dribbles to the basket during a home game against Chartiers Valley on Feb. 12

New Castle's Michael Wells dribbles to the basket during a home game against Chartiers Valley on Feb. 12

A chance to make history is at stake for the New Castle High boys basketball team.

But to do so, the Red Hurricane must take down a familiar foe.

New Castle is tied with Farrell for the most WPIAL championships (13) all time. The 'Canes will stand alone at the top with a win over Chartiers Valley on Saturday in the WPIAL Class 5A championship. The teams will square off at 8 p.m. at North Allegheny.

"Being the all-time leader in WPIAL championships would be a great extra that would go with it."

"Every championship game we were playing a familiar team," Blundo said of his tenure. "We played the team at least once or twice during the regular season.

An attempt to reach Colts coach Brandon Sensor for comment was unsuccessful.

Because of that season split, the teams shared the section championship.

"They play hard on both ends of the floor. We know it will be a heck of a challenge."

Brayden Reynolds poured in 42 points in the Colts' win at the Ne-Ca-Hi Field House. Sheldon Cox added 24 points for New Castle that night. Conversely, Reynolds was limited to 19 points at Chartiers Valley. Four players were in double figures for the 'Canes, led by Michael Wells with 16 tallies.

Cox and Wells both surpassed the 1,000-point plateau this season.

New Castle is appearing in the WPIAL championship game for the seventh time in Blundo’s 11 years at the helm. The ‘Canes are 6-0 in those games.

This is New Castle’s first season in Class 5A after competing in Class 4A for the previous four seasons. The ‘Canes have made the PIAA playoffs each of Blundo’s previous 10 seasons. But they will need to win the championship game to get there because only the winner will move on this year.

The PIAA playoffs open March 19 and the WPIAL champ will battle the champion from either District 8, District 9, or District 10.

"We have to defend extremely hard," Blundo said of the key for his team to win. "We have to finish when we have opportunities and we can't let Reynolds get off.

"We can't allow their shooters to get comfortable. We have to play great defense and rebound."