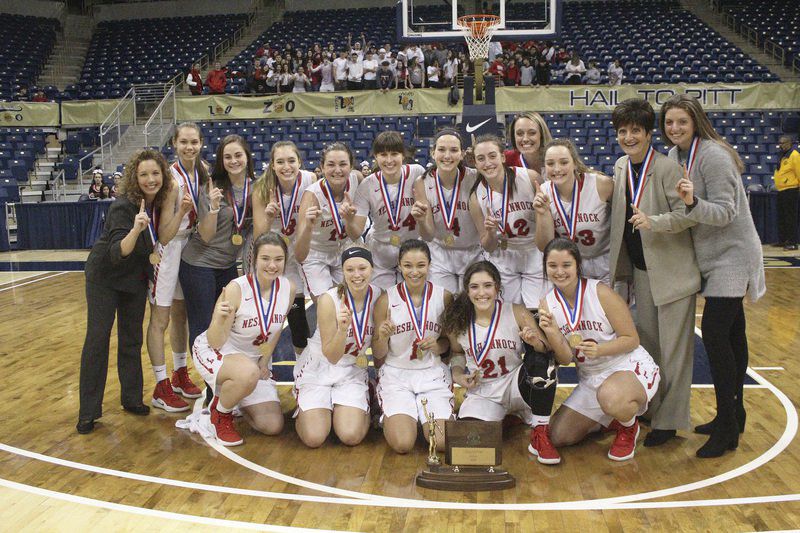 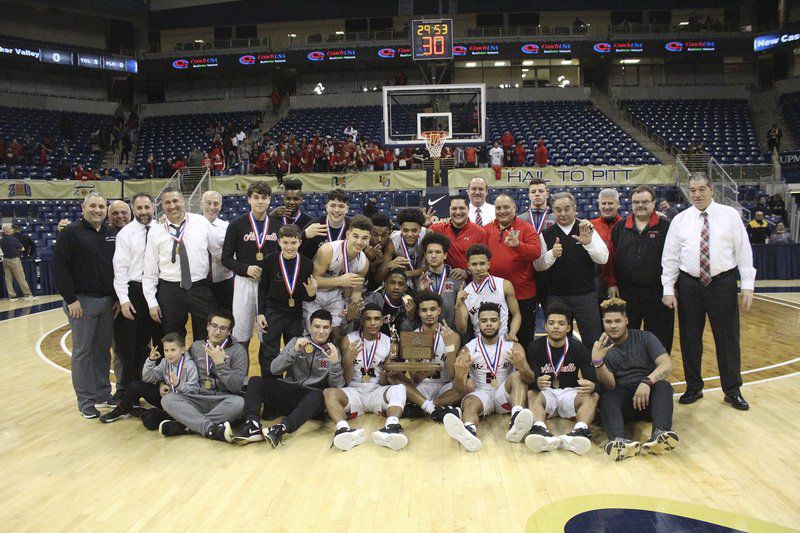 New Castle coaches and players pose after the WPIAL Class 4A championship game on Saturday against Quaker Valley.

New Castle coaches and players pose after the WPIAL Class 4A championship game on Saturday against Quaker Valley.

Each team was playing in its respective classification’s WPIAL championship game and while expectations for each squad were different — or, more fairly, unknown — going into this season, both the Lady Lancers and Red Hurricane brought to Pittsburgh its ‘A’ game of stout defense, disciplined offense and minimal mental mistakes. Those three aspects are what set the two teams apart from the rest of the pack — both in Lawrence County and District 7 — as each earned the top overall seed in Class 3A girls and 4A boys, respectively.

For Neshannock, the Luann Grybowski-coached Lady Lancers’ 47-42 win over Shady Side Academy was the program’s first, joining New Castle as the only girls programs in the county to win WPIAL crowns. Grybowski was the coach for the first three of New Castle’s district titles before taking over at Neshannock 10 years ago. For New Castle in its 60-54 win against Quaker Valley, it was the program’s third straight district championship, with each coming against the Quakers, the sixth title in Ralph Blundo’s nine seasons on the sidelines and 13th overall in school history, tying Farrell for the most-ever in the WPIAL.

For their collective efforts over the weekend, the Neshannock High girls and New Castle High boys basketball teams are the Lawrence County High School Athletes of the Week sponsored by Washington Centre Physical Therapy and selected by the New Castle News sports staff.

The Lady Lancers (23-2) got a bit of redemption on Saturday. Neshannock lost, 65-36, to Bishop Canevin in the Class 3A final at The Pete two years ago then went ice-cold from the floor in a semifinal loss last season. This year, Grybowski’s team used a mix of senior leadership and scoring from Bella Burrelli and Brie Dean while sprinkling in offense and speed from freshman point guard Neleh Nogay, who scored 17 points in the championship game. All the while, junior starters Kaylee George and Ellina DeLillo gave steady playmaking, played defense and filled roles while Jesse Fehrs and others gave minutes off the bench.

“I know the beginning of this year, they really wanted to get back and win it,” Grybowski said. “It was mainly Brie and Bella — they’re our leaders. Everyone else was following suit.”

New Castle (21-4), meanwhile, had its most inexperienced team since Blundo took over the program. Its three seniors — Drew Cox, Donte Burnett and Payne Prowell — played in reserve roles last season. Sophomore Sheldon Cox was also a deep reserve, while Michael Wells and Michael Graham are both just freshmen this season. While the team had its struggles and made youthful mistakes — in a highly touted game at home on Jan. 4, Quaker Valley turned a slim halftime lead into a 19-point win over the ‘Canes and their 5 for 35 effort from 3-point range — Blundo’s team grew up quickly and when it mattered most.

“I think in that first game we were still making youthful mistakes, mistakes that can only be fixed through experience,” Blundo said. “They got a lot of runouts that game and easy buckets on the other end. We didn’t allow that quite as much in this particular game. I think the other difference is we’ve played 20 games since then. All that experience allowed them to be more comfortable in situations.”

Brothers Sheldon Cox and Drew Cox both scored 20 or more points in the three postseason games so far, while Wells has upped his rebounding game and Graham hit a momentum-turning 3-pointer — just his fifth of the year — to inch within a point in Saturday’s title game.

“I think the seniors went from inexperienced seniors to crafty veterans and had a great understanding of how to win,” Blundo said. “The freshmen came in as boys and grew into young men in terms of their approach to what were’ doing.”

Both teams open the state playoffs Friday night as part of a doubleheader at North Allegheny High. Neshannock plays District 6’s Tyrone at 6 p.m., while New Castle takes on Titusville out of District 10 at 7:30 p.m.

Getting up so high for a WPIAL championship game can provide a letdown emotionally during the first round of the PIAA playoffs. That’s something that’s on the mind of both coaches.

Blundo said it’s his job to refocus the team.

“Almost every year, a WPIAL champion loses in the first round. We’re aware of that,” Blundo said. “It appears to me our guys have turned the page and we’re focused on what’s next. I’m pleased with where we’re at. I’d be surprised if we didn’t play well on Friday.”

Both teams have had a practice and a scrimmage so far this week — Neshannock took on Class 2A West Middlesex, while New Castle battled Class 3A Sharon. For now, it’s two more practice dates this week before the ball goes up Friday night.

“I think they’re ready, “ Grybowski said. “I think they want to go further. That’s the athlete in all of them.”