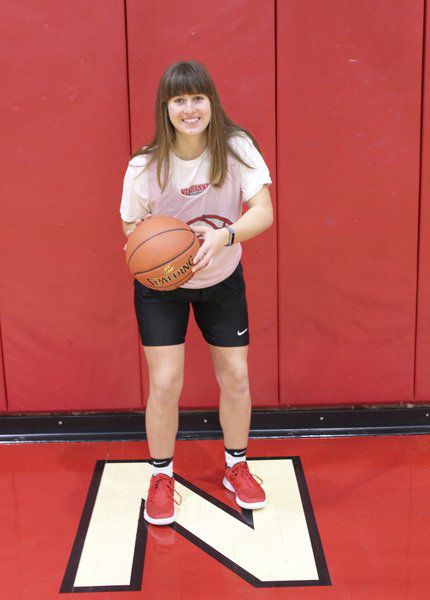 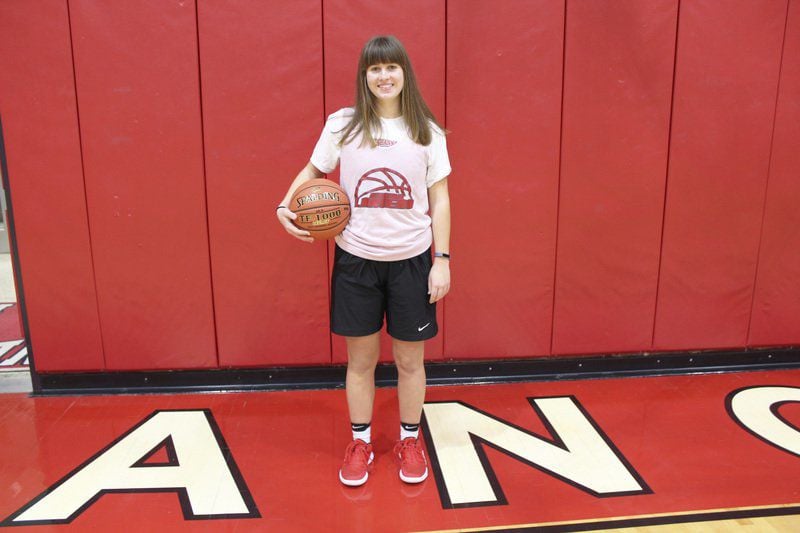 In the waning seconds of the Farrell Christmas Tournament on Friday, Lady Lancers coach Luann Grybowski drew up a play in the final seconds of the tied game against Slippery Rock. Deadlocked at 43 and already with 23 points, Dean was ready to inbound the ball from the sideline. She then broke loose and received a pass from teammate Ellina DeLillo before draining a 3-pointer with 1.8 seconds left.

“We were out of bounds on the side and I couldn’t get the ball in, so I called a timeout,” Dean said. “Coach G told us what to run so we got the ball in and we set up our play. I swung through and Ellina got me the ball with a few seconds to go and it went in.”

The 26 points were a career-high for the senior.

“The funny thing is I’ve always felt Brie is capable of that performance,” Grybowski said of Dean, who, because of players lost to graduation has been playing more underneath the basket. “She has a very high basketball IQ. She understands the game and finds open men. She knows what’s open on the offense. She plays really good defense. I’ve been trying for four years to get an aggressiveness out of her, but it’s not her makeup, it’s not her personality. If she could find that part of her game, she would be a true all-around player.”

Did anything feel differently on Friday? According to the senior, everything was business as usual and her shots just happened to be falling.

“It’s a confidence booster because she wanted me to shoot the ball and I did and it went in.”

However, the next night when the Lady Lancers blew out Farrell, 71-28, Dean had just six points to go along with three assists. Dean checks a lot of boxes as a basketball player for the Lady Lancers, who enter 2019 with a 7-2 record. However, Grybowski wants to see more consistency from senior guard/forward.

“It should help her confidence, but then you see Saturday she came back with six,” Grybowski said. “So we’re talking consistency down the road. I can point back to a couple games. We lost to Beaver and I think she had two points, so that’s where I’m talking consistent-wise. She has the ability, the basketball IQ, it’s just a matter of her being aggressive and doing it.

“It totally lies within her. Being at the four, she has to create some of her own on offensive rebounds and put-backs in different situations. It’s a work in progress and part of that lies with me and getting her the shots and setting her up, too. Hopefully it’s a step in the right direction when she’s around 15 (points) instead of up and down.”

For Neshannock, which has made the PIAA playoffs the last three years and competed for a WPIAL Class 3A title two years ago, the team’s agenda is simple, according to Dean.

“Practice and work hard every game,” Dean said. “We have to win our games in the section. We can’t make it all the way if we don’t win the games.”

Senior Bella Burrelli, who already committed to play volleyball at Edinboro University, is undoubtedly the team’s key player with her scoring and rebounding. However, everyone on the team brings something to the table and it’s not a one-person show, Dean said.

“Neleh (Nogay), she’s a freshman and she’s starting. She’s stuck out and she’s fast and aggressive,” Dean said. “Ellina and Kaylee (George), they’re our other two guards, they do whatever the team needs them to do. A few games, Kaylee had 20 points and (Ellina) only had three. And then sometimes Ell has a lot of points and Kaylee only has three. And then Bella is just our consistent player. She’s always putting up a lot of numbers, which is good for us since we need someone to score a lot. She’s always really consistent with her playing too.”

Consistency across the board will be a key for Neshannock in 2019. It just might decide how deep the Lady Lancers go in the playoffs in late February and March.