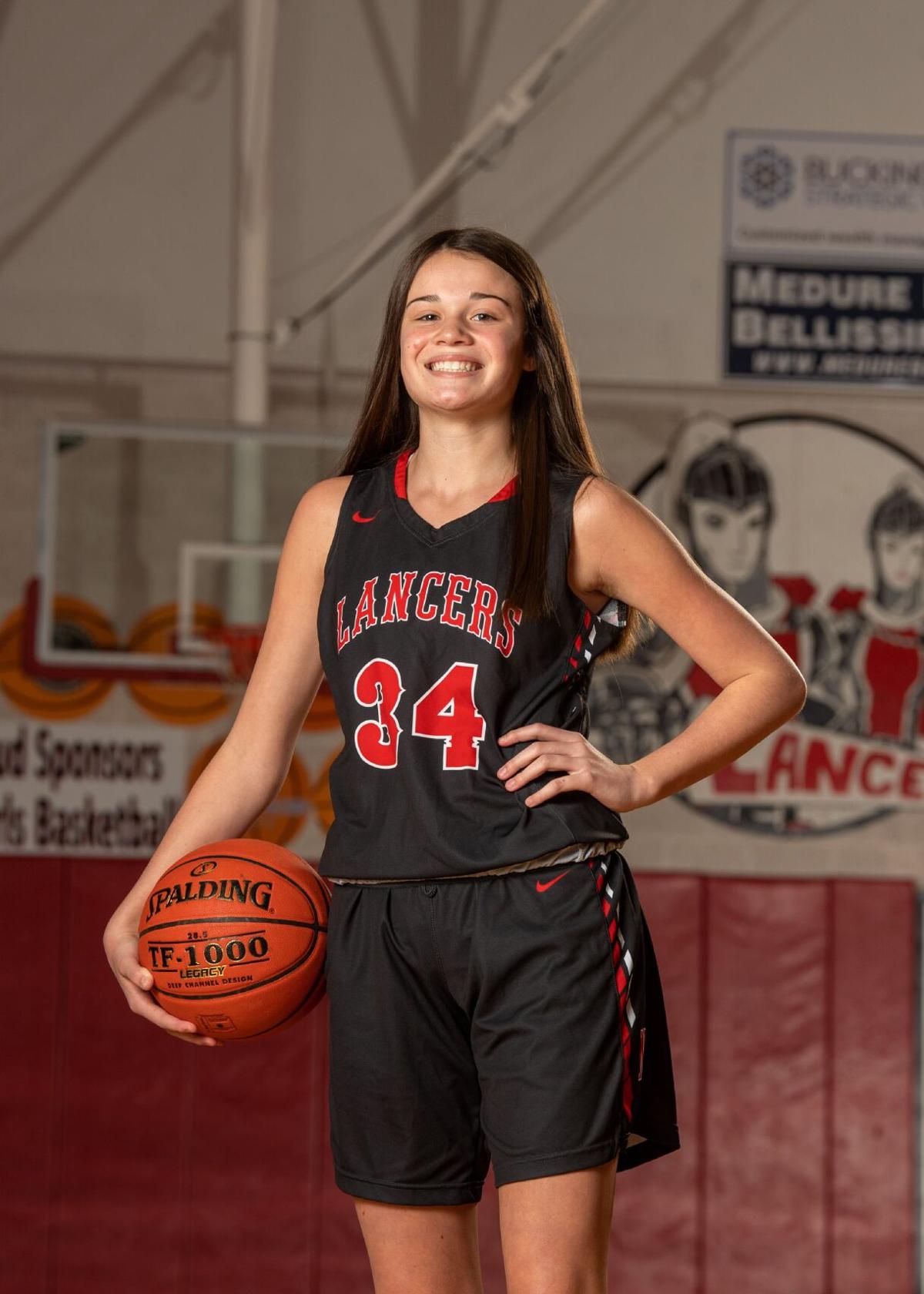 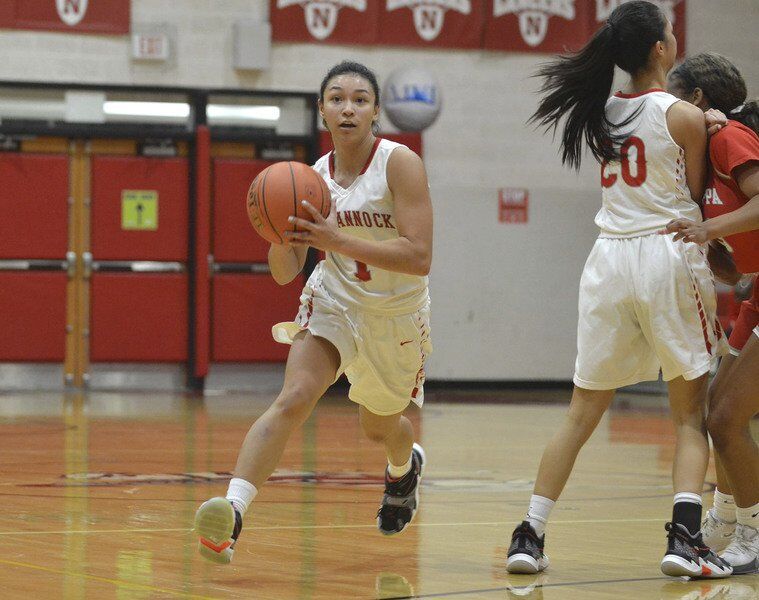 Neshannock's Neleh Nogay, shown here throwing a pass during a WPIAL playoff game against Aliquippa, was named the Most Valuable Player in WPIAL Section 1-2A. 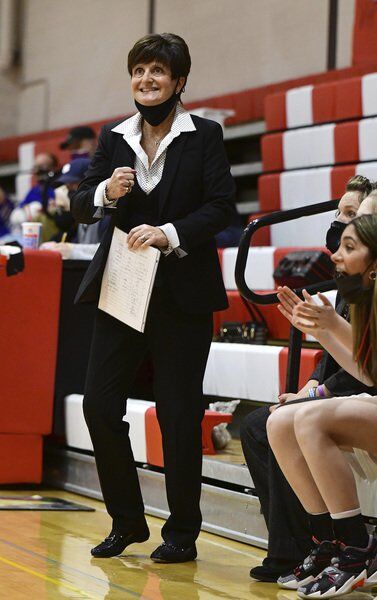 Neshannock coach Luann Grybwoski, shown here during a PIAA playoff game against Windber this season, was named the WPIAL Section 1-2A Coach of the Year.

Neshannock's Neleh Nogay, shown here throwing a pass during a WPIAL playoff game against Aliquippa, was named the Most Valuable Player in WPIAL Section 1-2A.

Neshannock coach Luann Grybwoski, shown here during a PIAA playoff game against Windber this season, was named the WPIAL Section 1-2A Coach of the Year.

Neshannock exceeded all expectations this season.

With no seniors on the roster, the young Lady Lancers captured the program’s second WPIAL championship and advanced to the PIAA Class 2A championship game. Though Neshannock fell to Mount Carmel, 54-43, in the title tilt, the team laid solid groundwork for next season, too.

“All our kids contributed in such big moments. For those kids, I think that’s awesome they were recognized by the coaches. Our section was top-notch with a lot of good players,” Grybowski said. “It’s monumental what they all accomplished. For them to do what they did with the adversity we had and as young as we were as a team, it just puts them in such a better place for the future. Even the freshmen and sophomores getting to experience that and seeing what you can accomplish even through adversity, it helps kids grow as athletes and people. In life, you have to handle adversity and move on and we did that. I am so proud of those kids that we did what we did in spite of what we went through.”

In addition to contending with COVID-19 delays and precautions, Neshannock dealt with a series of injuries throughout the season. Through it all, the Lady Lancers won the section title with a 10-2 mark and finished 19-3 overall.

Nogay, a junior, played a key part in Neshannock’s drive to its second WPIAL title in three seasons. A starter on the Lady Lancers’ 2019 WPIAL title team, too, Nogay averaged 15.5 points, 8.1 assists, 7.1 steals and 6.0 rebounds per game.

“It’s phenomenal; I am so happy for her. She worked so hard and gives us so much. For her to get that honor speaks volumes,” Grybowski said. “She just makes us go and makes us the team that we are. Usually, you have a player that’s a great offensive player or a great defensive player. She is the whole package. She is at the top of her class academically, too. She is a role model as a student and a person. All of that makes me happy that she was recognized by our coaches.”

Haggerty, a sophomore, burst onto the scene for the Lady Lancers. Despite being sidelined for two weeks with a sprained ankle, she bounced back to average 17.9 points, 7.1 rebounds, 3.1 assists and 2.5 steals per game.

“Working with Mairan as a sophomore, you hope kids can grow mentally as well as physically. She has all the tools and I have told her time and time again that the sky’s the limit for her. It’s all about the mental part of it. When you have a little adversity, how do you respond? She has come a long, long way,” Grybowski said. “She was really coming into her own and got hurt in the Ambridge game and it kind of threw her backwards. I think her sitting and watching made her miss the game a little more and realize what she means to the team.

“Along with being successful comes the other team defending you differently. She was getting face guarded and got frustrated. She worked her way through it and knows there are some things we have to work on this summer and she is willing to do it.”

Grybowski, who wrapped up her 41st season of coaching, captured another WPIAL title. She won three WPIAL championships at New Castle and two at Neshannock. She has a career 685-306 record and is one of the few girls coaches in WPIAL history to have won 600 games.

“To be recognized by my peers is always a great honor, but I am much happier Neleh got what she deserved and the team had the success we had. We don’t get those honors without being successful as a team,” she said. “That success comes with having good players and good assistants. (Assistant coach) Jess Shevitz is a blessing to us and our program. She does a great job for me and this program. I am fortunate to have a solid foundation, too. I can’t ever forget who gave me my first chance — Connie Palumbo at Shenango. He and Frank Bongivengo gave me such great guidance coming out of college. Mr. Fornatero guided and supported me at New Castle, too. It really helped me to develop into the coach that I am.”