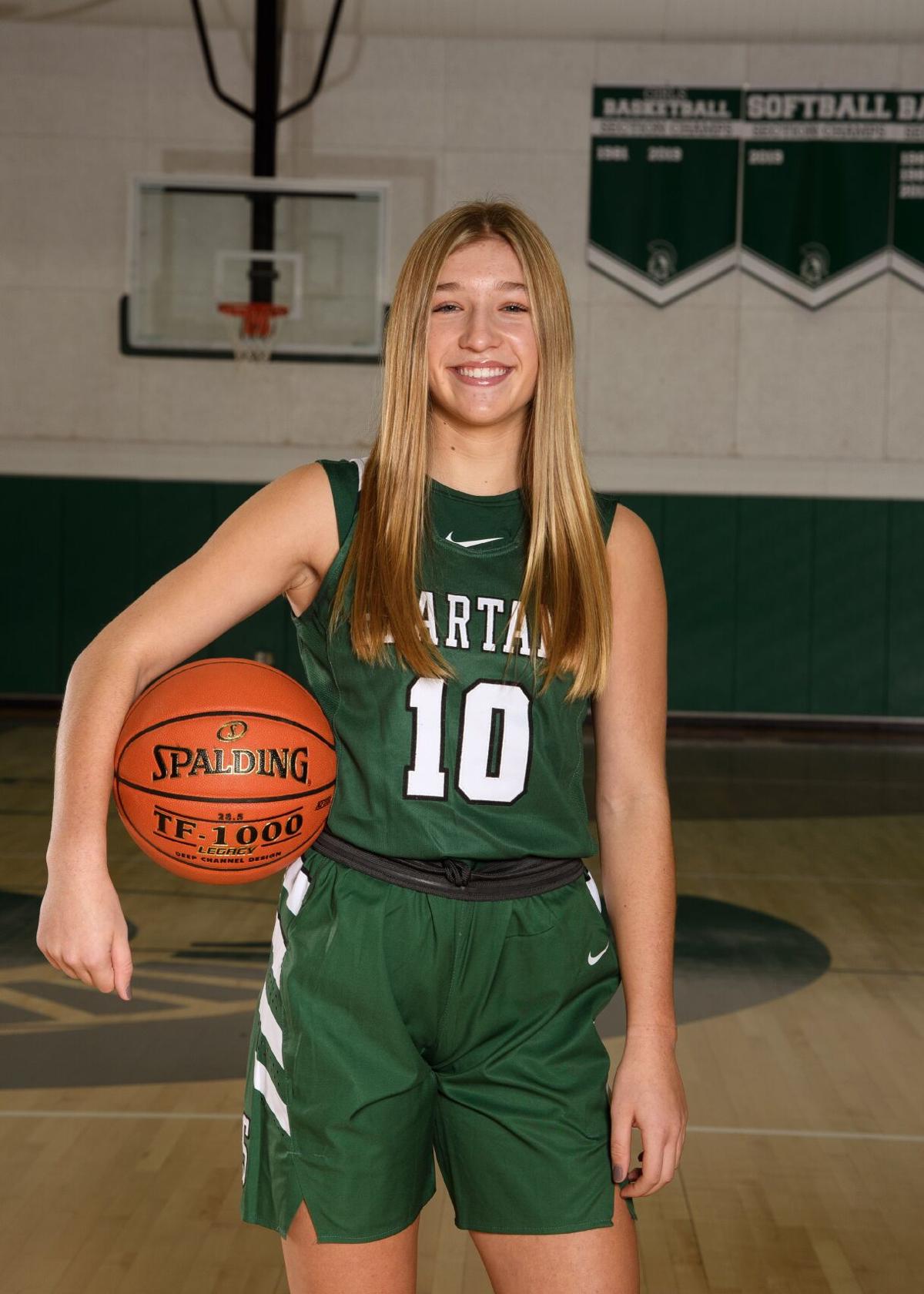 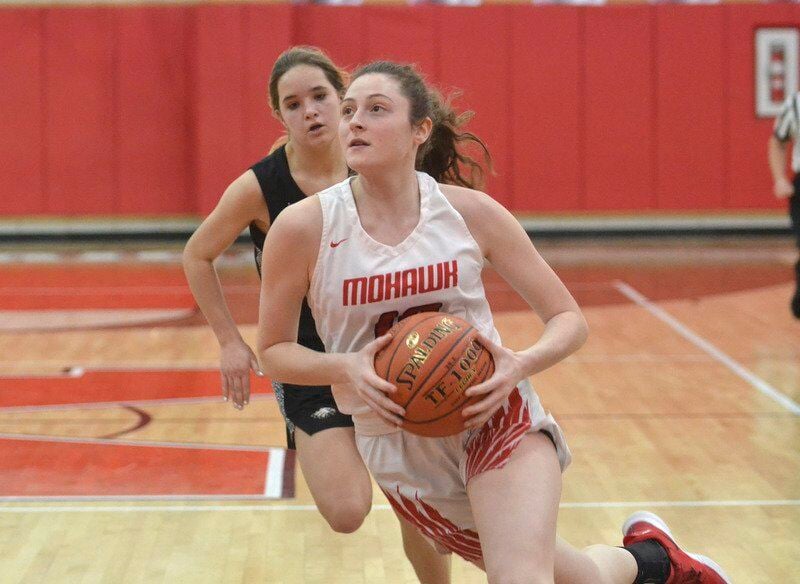 Mohawk's Paige Julian goes in for a layup during a WPIAL quarterfinal game against Keystone Oaks. 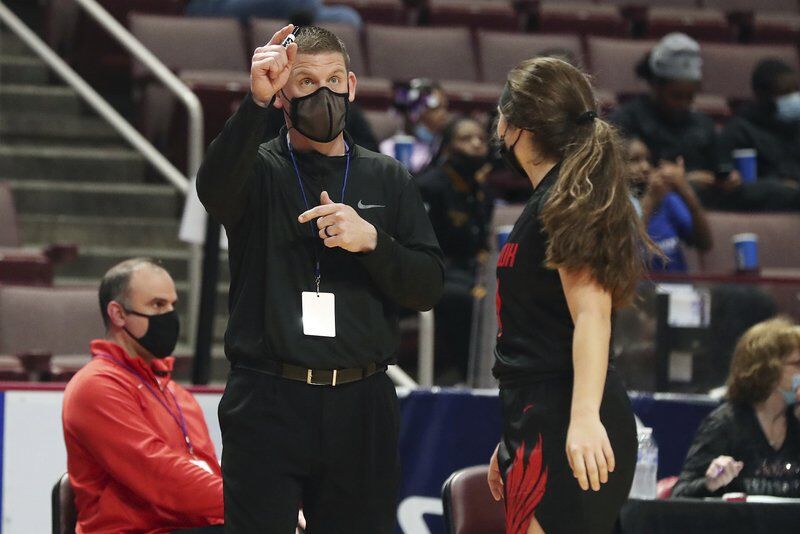 Mohawk coach Mike O'Lare calls out a play during the second half of the PIAA Class 3A girls championship game against Philadelphia West Catholic on Thursday. 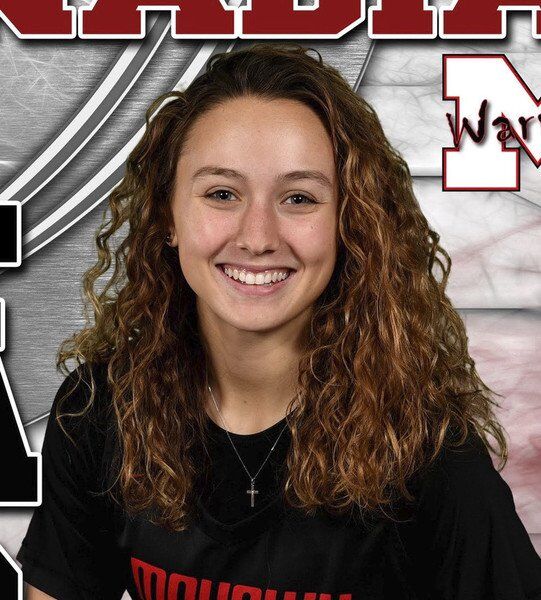 Mohawk's Paige Julian goes in for a layup during a WPIAL quarterfinal game against Keystone Oaks.

Mohawk coach Mike O'Lare calls out a play during the second half of the PIAA Class 3A girls championship game against Philadelphia West Catholic on Thursday.

Mohawk may not have won a section title, but the Lady Warriors claimed their second WPIAL Class 3A championship.

Mohawk got the chance to defend its WPIAL title when it upended North Catholic, 54-48, in the championship game. Last year, the Lady Warriors saw their postseason cut short after in the quarterfinals, when COVID-19 precautions delayed and then cancelled the rest of the winter sports season.

This year, they advanced to the program’s first PIAA championship game. Philadelphia West Catholic upended Mohawk, 67-56, for the state title.

“Paige is just an awesome player. She can score and do most things other kids can’t with the basketball,” O’Lare said. “Nadia brings a winning mentality to the program and team. She wins everything she does. She is just as important as anybody; her success is everywhere. That really fueled our success.

“We had the success we did because all the girls could do things each other couldn’t,” he continued. “I don’t think, until down the road, they will realize what they’ve done for our school and program and girls basketball in the county — to elevate it to that level.”

“Paige and Nadia both had great careers and really good senior years. More than anything individually, they, collectively as a group, cemented themselves in the history books here having the back-to-back best years in our program’s history,” O’Lare said. “That rivals any girls team in the county for what they have been able to do here.”

“The coach of the year is a player’s award, really. When you have good teams, you get picked for that. We were blessed the last two years to have really good players,” O’Lare said. “Not only that, but you need great assistants and you need everything to come together. My assistants, Greg Scott, Brian Turk and Aliya Gage – the time they put in and the roles they have within the program are so important. So, it’s really a program award. I am was smart enough to find the best people we could get to help these girls and lucky enough that they wanted to do it.”

A young Laurel team fared well after playing for the WPIAL Class 2A title in 2020. The Lady Spartans finished 18-3 and their only losses came to North Catholic (twice) and Mohawk.

“We had a great year playing in arguably one of the toughest section in the state,” Laurel coach Matt Stebbins said. “I am very happy for Mohawk to come back and knock North Catholic off in the WPIAL championship game.”

Atkins, a sophomore guard, averaged 14.3 points per game for the Lady Spartans.

“Regan had a phenomenal year. To get first team in the section we are in is a tough feat. There are a lot of great players in the section. Just to be in that same category as those other players is definitely a remarkable feat for her,” he said. “She was a first-teamer last year in our 2A section, so it’s nice to see her get that honor again. She gets it done on both ends of the floor offensively and defensively. All around, she is a very good player. She’s continuing to evolve her game each year.”

“To get four girls included in the section honors is very good, considering all the tough teams and good players,” Stebbins said. “We return our whole roster next year, so we are looking to continue building upon what we did this year.”

Joyce Dunlap Wimer, 67, of New Castle passed away on May 15, 2021, at her residence. Visitation will be noon to 2 p.m. Saturday at Cunningham Funeral Home. Obituary will be announced at that time.