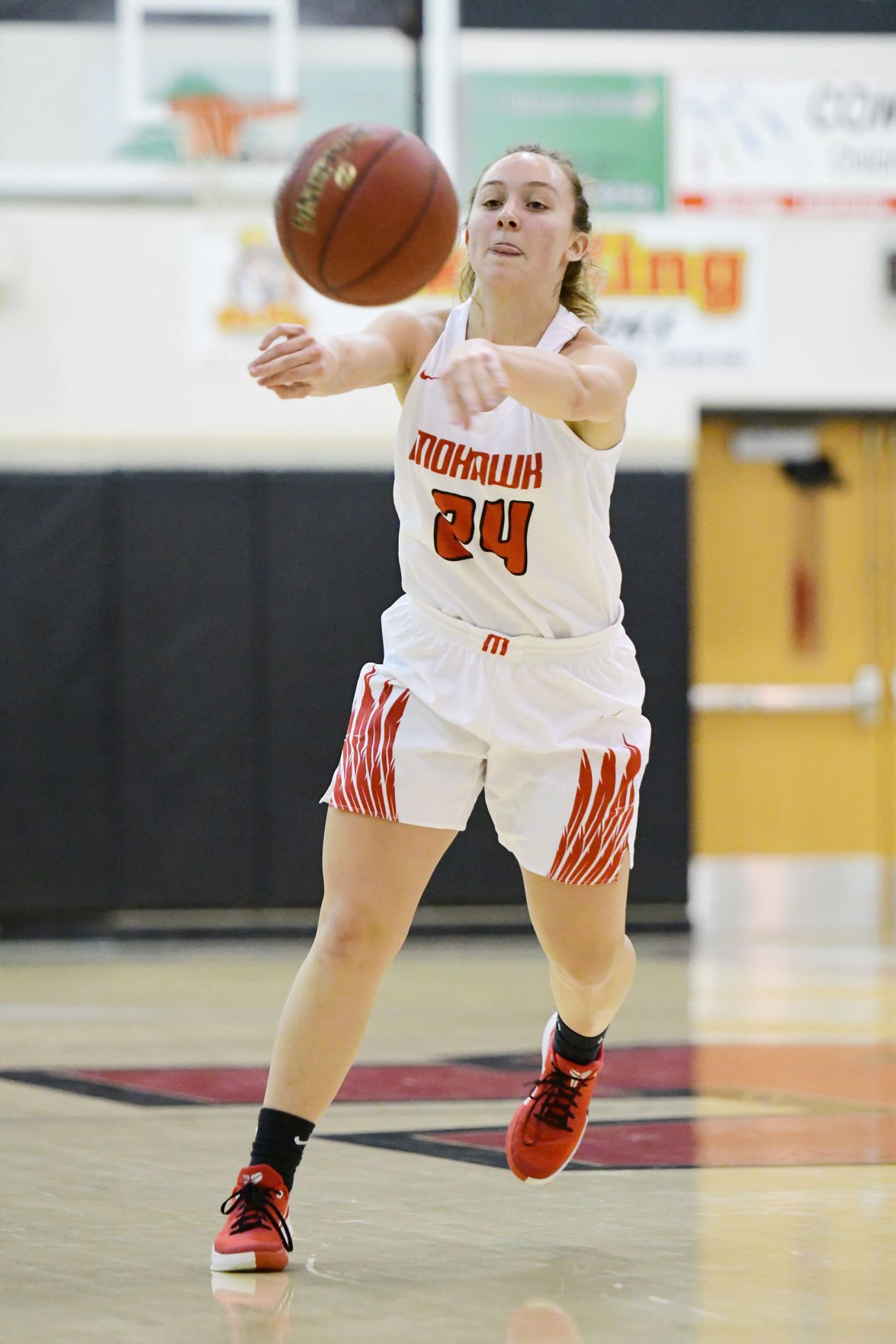 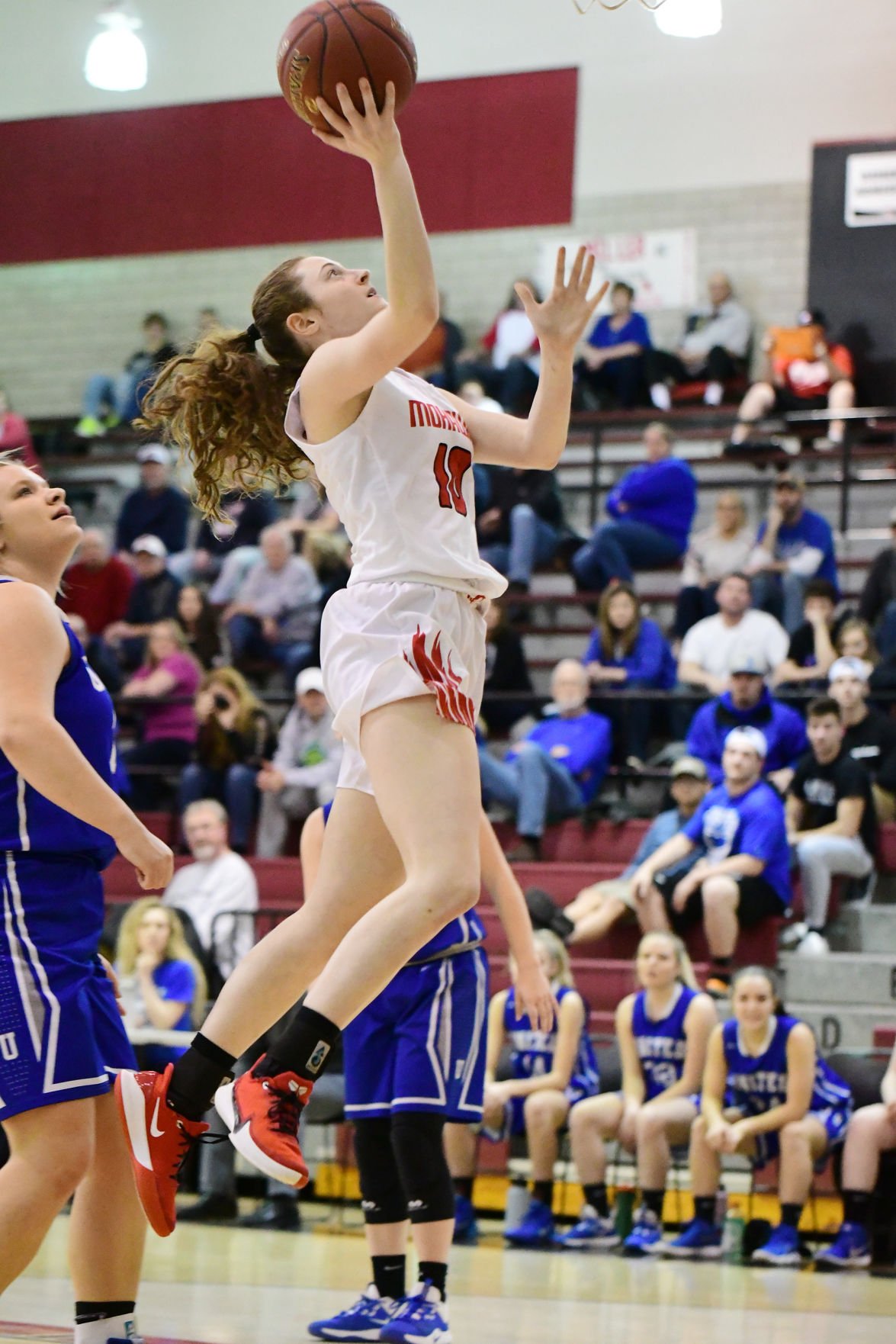 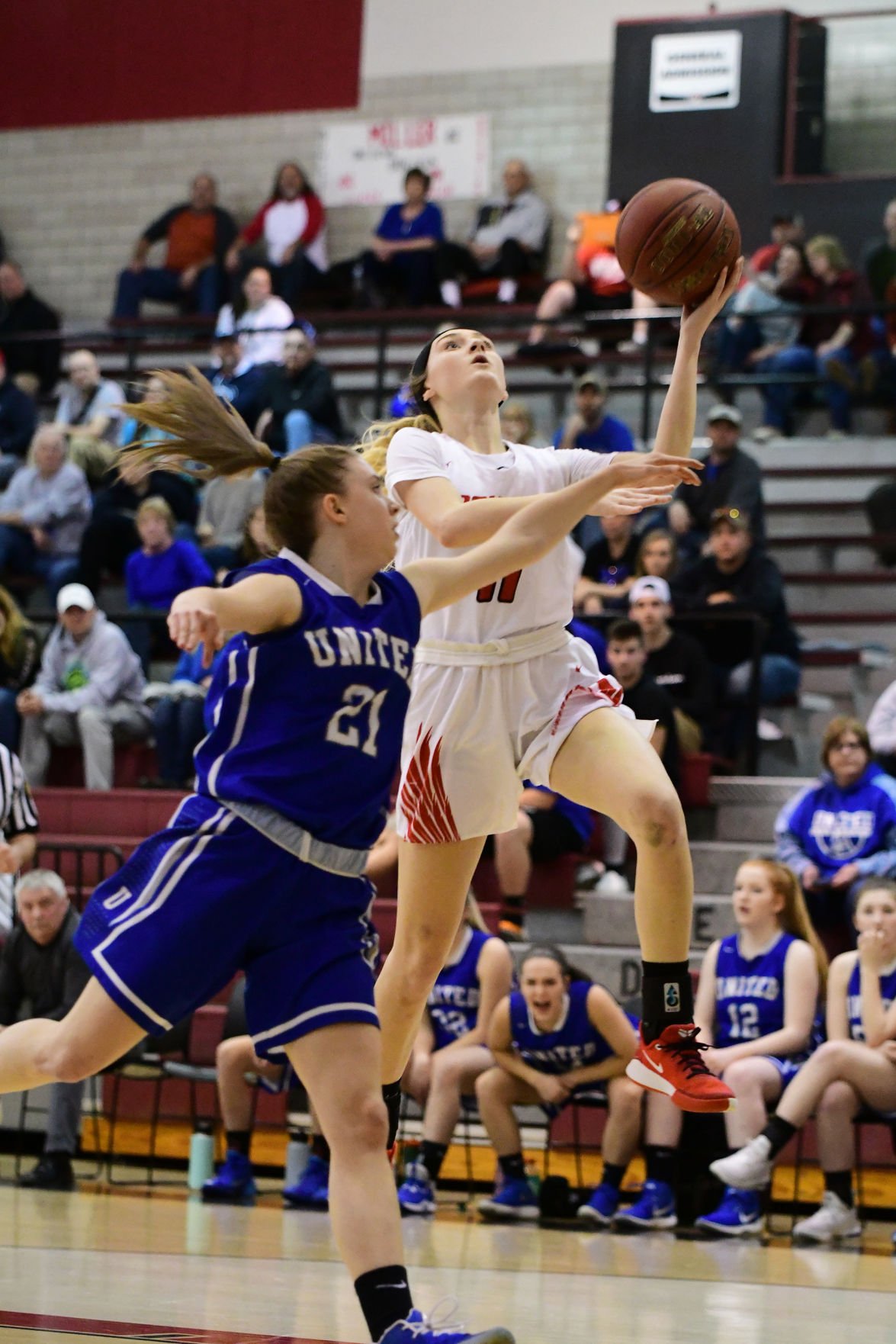 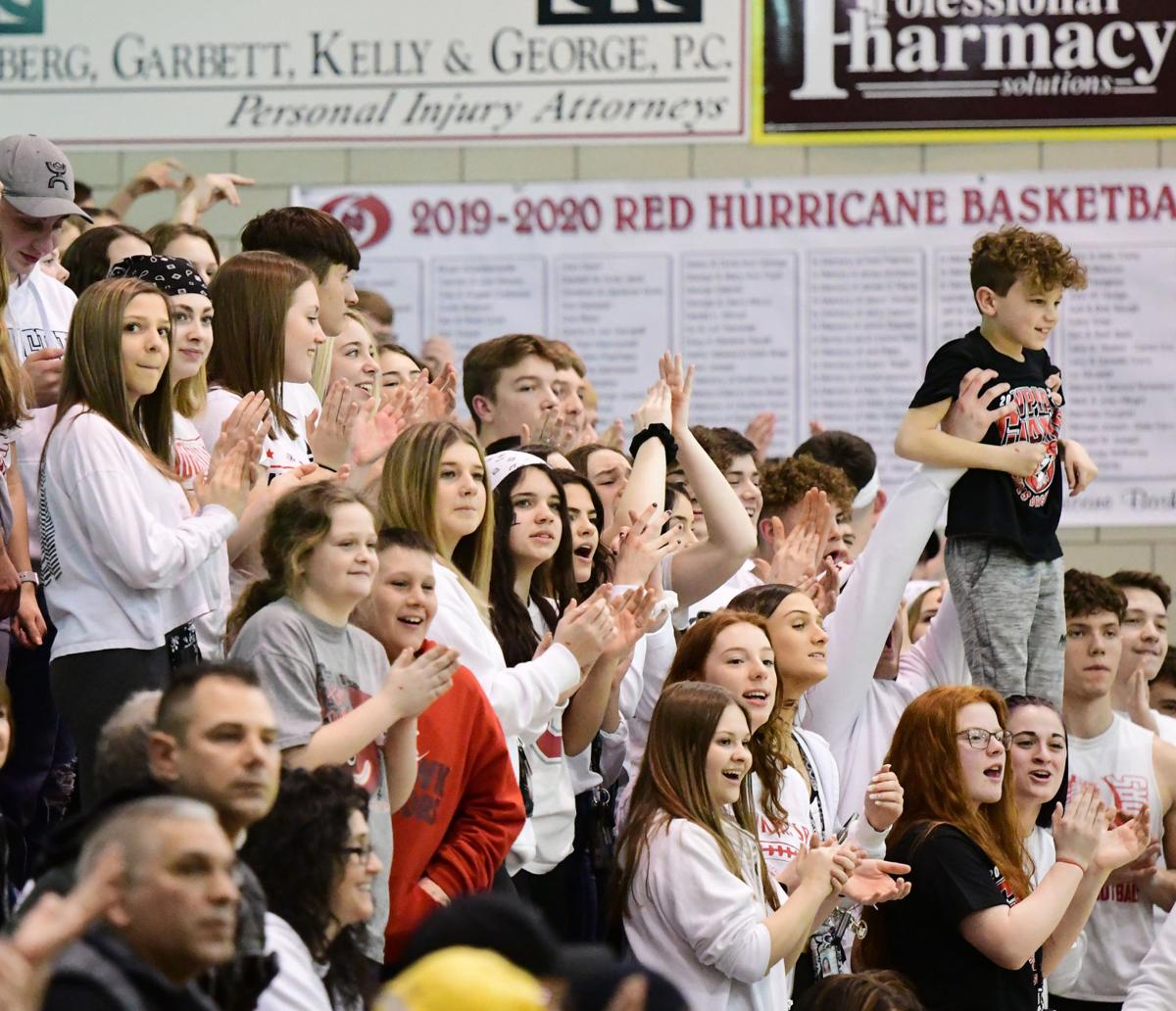 There was no WPIAL hangover for the Mohawk High girls basketball team.

That doesn’t mean coach Mike O’Lare wasn’t worried that some carryover of the team’s first WPIAL championship from Saturday would affect its PIAA Class 3A tournament opener Friday.

The Lady Warriors erased those concerns early as they cruised past United, 66-42, at the New Castle High Field House.

“We knew it was awesome what we did, but we know they are bigger things ahead for us,” Mohawk senior Karly McCutcheon said. “As soon as we got to practice Monday, we were onto the next game and we put our medals away and were totally focused.”

Still, the possibility existed for some sort of letdown for Mohawk (22-3) after such an emotional WPIAL championship run.

“As a coach, you think about it. For me, I was really worried about that. Our practices were good and the energy was up all week, though,” O’Lare said. “Once we got here and I settled down, they were ready to play. I had to settle myself down more than them.

“I think the two hardest ones to get are the first one in the WPIAL playoffs and the first one in the state playoffs. Not that any are easy, but just from the layoff,” he continued. “I think this will only build that momentum. To be able to play in front of that crowd, which was 80 percent Mohawk fans, definitely helped us.”

“It was 5-0 real quick. We had some really good shots early, but we just weren’t hitting,” O’Lare said. “The girls don’t panic when we miss a couple shots.”

The Lady Warriors stormed back with a 13-0 run and closed the first quarter with a 15-9 advantage.

The Lady Blue Jays cut the deficit to 20-16 with 4:37 left in the second quarter, but Mohawk turned on its jets and closed the frame with a 14-2 run for a 34-18 advantage at intermission.

“We knew that, if we just played hard and kept the tempo up, that we could make a run,” Mohawk’s Paige Julian said.

United had trouble containing the Lady Warriors’ speed in transition.

“We’re a fast team,” McCutcheon said. “Coming to this big court, we knew we had the advantage to kind of get up and down it and we definitely did that.”

“I think what really was key — whoever got that rebound was able to put it on the floor and push it up,” O’Lare added. “You don’t have too many kids who have to outlet it. We were pushing immediately and we’re able to beat them down the floor. The kids know that’s our strength.”

Mohawk had a 49-26 lead after the third and cruised to the 24-point victory. Julian led the way with a game-high 24 points. Nadia Lape added 19, while McCutcheon finished with 18.

“We move the ball around very well. We know which person can do what with the ball and we’re good at seeing that,” Julian said. “It’s really fun. We just go game by game and we know we can make a good run in this tournament.”

The Lady Warriors meet Carlynton (16-9), a 45-40 winner over Greenville, in Tuesday’s second round. Mohawk beat the Lady Cougars, 64-58, in the WPIAL semifinals.

“There is a lot of belief,” McCutcheon said. “We’re definitely confident in what we have, but we’ll just keep working hard every day in practice.”