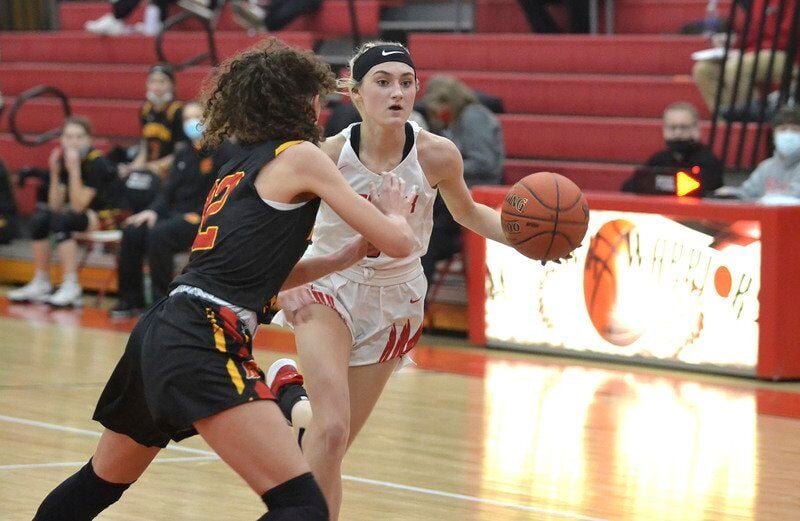 Mohawk's Hannah McDanel dribbles to the basket during a home game against North Catholic on Feb. 22. 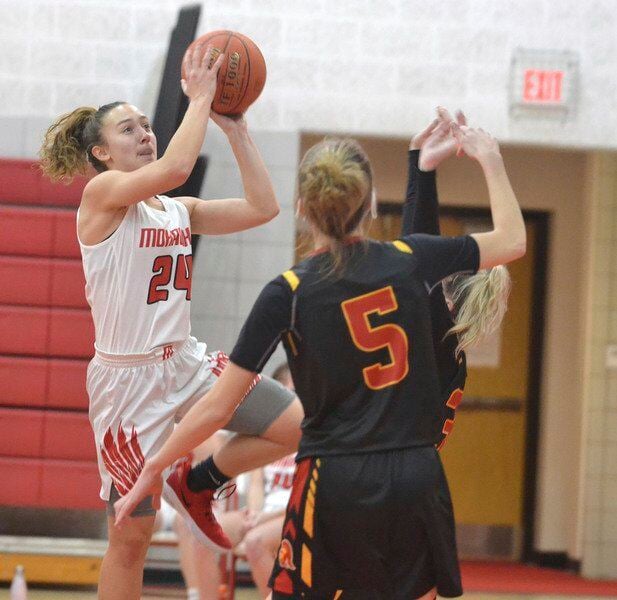 Mohawk's Nadia Lape goes up for a layup during a home game against North Catholic on Feb. 22.

Mohawk's Hannah McDanel dribbles to the basket during a home game against North Catholic on Feb. 22.

Mohawk's Nadia Lape goes up for a layup during a home game against North Catholic on Feb. 22.

The Mohawk High girls basketball team is bidding for a repeat.

North Catholic also is in that same position.

The two teams will collide at 5 p.m. Saturday at North Allegheny with the WPIAL Class 3A title on the line.

"Nobody is going to come and take our trophy away," Mohawk coach Mike O'Lare said. "This is all about this year and this game.

"Last year, was last year. The trophies will stay there forever in the trophy case at Mohawk and North Catholic."

An attempt to reach Lady Trojans coach Molly Rottmann for comment was unsuccessful.

"The immediate thought is they have five kids that are all offensive threats," O'Lare said. "There's really nobody individually you can key on specifically.

"They can put it on the floor and put it in the hoop. All five girls can defend. They're a complete team; they can all play."

"They're a young team, but she's a mature player," O'Lare said. "Everything kind of goes through her. As good as she is on offense, she's that good on defense.

"She can do a little bit of everything. She's smart with the basketball. She takes her shots when she needs to. (Freshman guard) Alayna Rocco is a good player, too."

The winner advances to the PIAA playoffs and will play March 19 against the champion from either District 9, District 5 or District 8. The loser is eliminated from the playoffs.

"We have to be able to guard," O'Lare said. "We have to defend them in the half court. We'll have to play really good defense for 32 minutes."