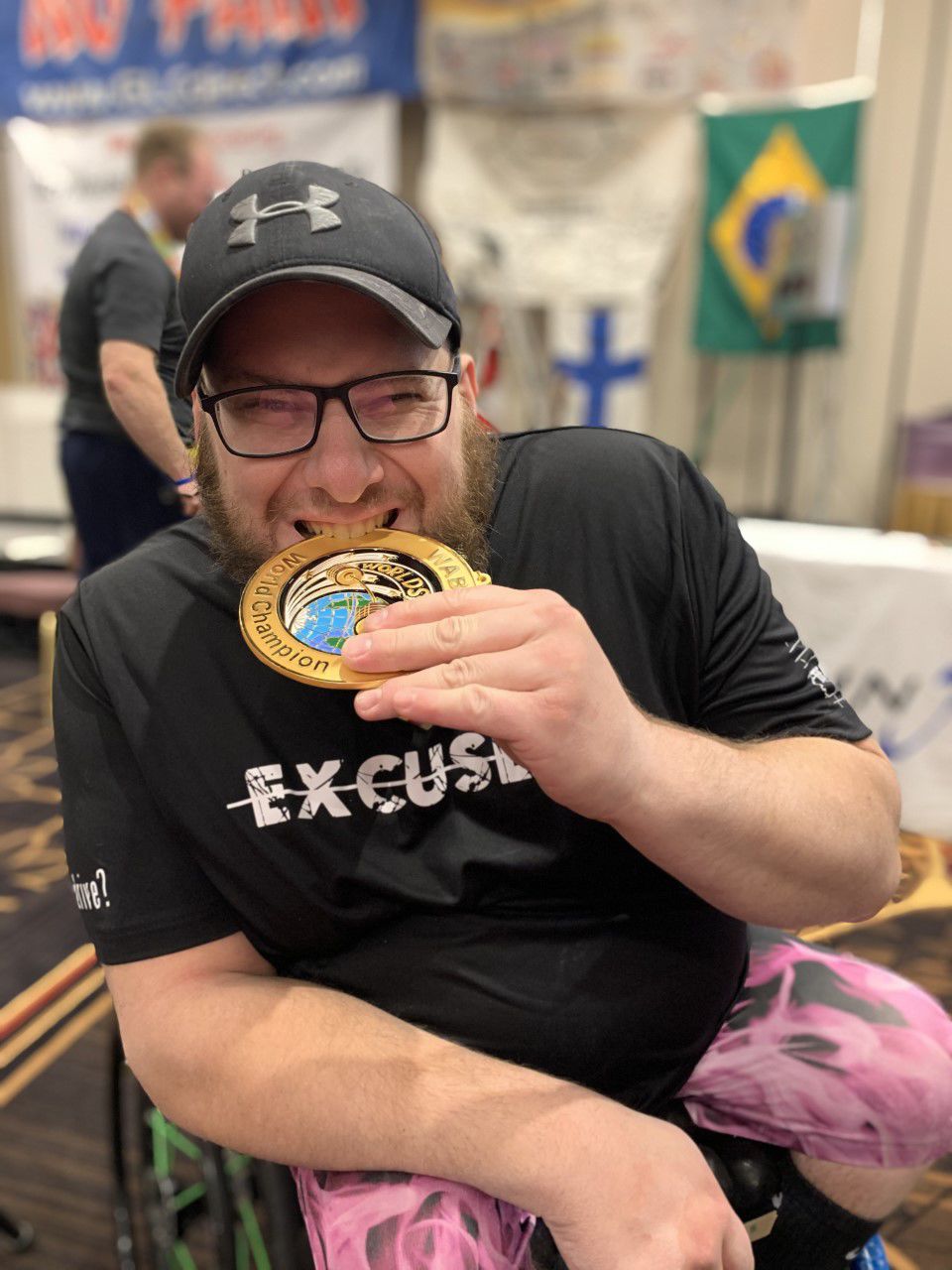 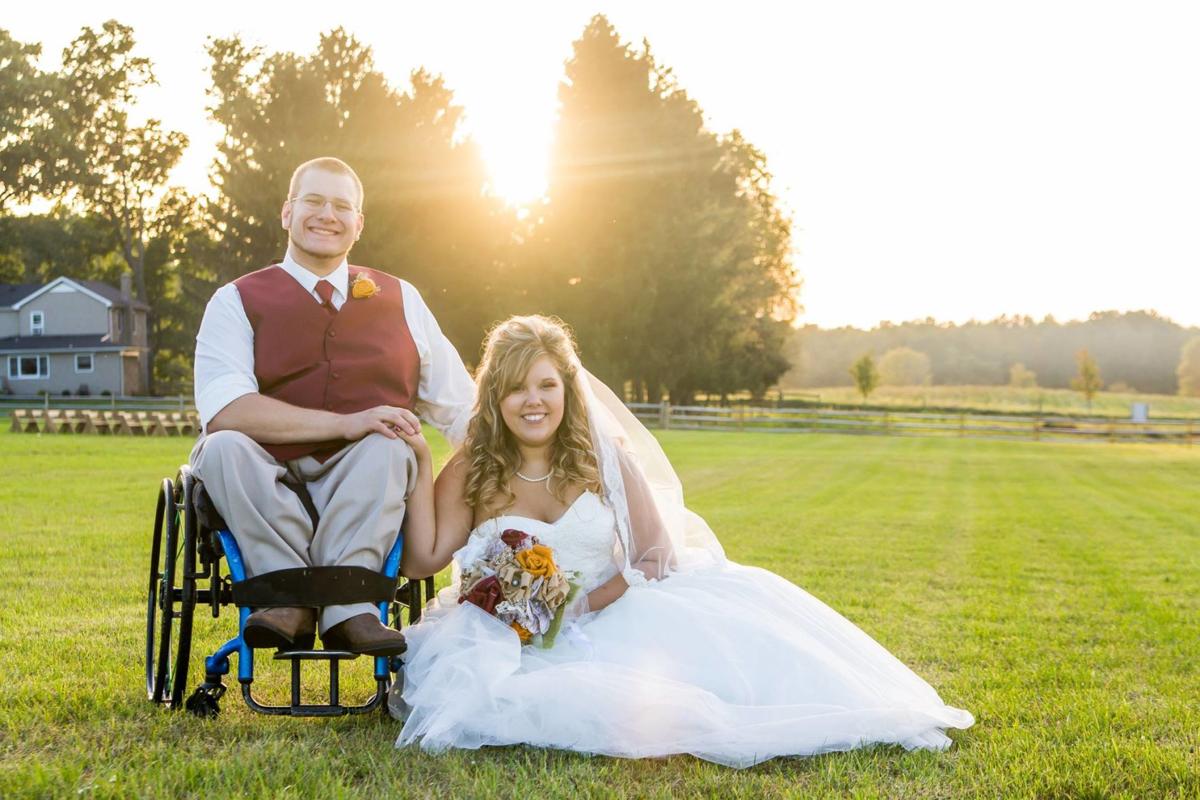 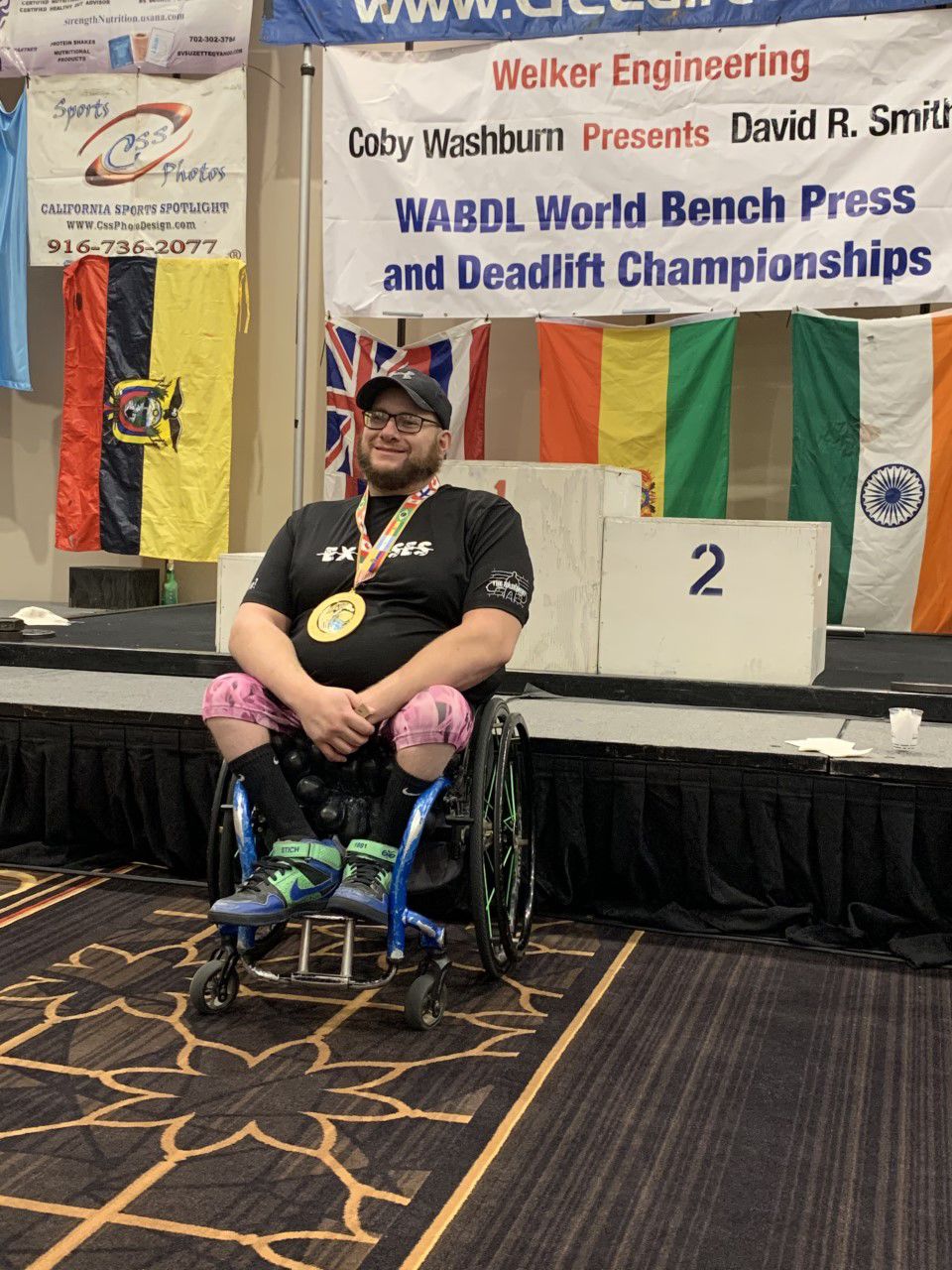 For five years, powerlifting has served as a source of strength and healing for Keith Stich.

And, now, it has earned the New Castle resident a world record.

Stich, 28, became a world record-holder in Las Vegas on Wednesday with a 402.2-pound lift in the Disabled 1 class at the World Bench Press and Deadlift Championships.

Stich, who competes in the 220-pound weight class, has been paralyzed since birth, the result of a spinal cord pinching off nerves that left him immobile from mid-chest down with no use of his legs. He has claimed a world championship in the Disabled 1 class all three years in which he has competed (the first two at 181 pounds), but this is his first world record at the week-long competition.

And the record-setting moment came with his wife of four years, Kirstie, by his side.

“It was a thrill to get this world record, especially with Kirstie supporting me all the way,” Stich said. “The first 30 seconds pretty much determines whether you have a good day or a bad day at competition and I had a good feeling at the start on this one.”

Stich trains at Paul Yohman’s The Basement Fitness Center in Volant. He set a previous record of 385 pounds in a competition in Toledo in July.

“I started weightlifting during my freshman year of college (at Century College in White Bear Lake, Minn.,) to try and lose weight and in the process, I found out that I was really drawn to the bench press,” he said. “A family friend (local powerlifter Guy Marcantino) invited me to train at his gym and it just took off from there.

“As a kid, I never participated in sports, but it made me feel good to compete in something physical and powerlifting really opened up that door. To be an athlete and to push to better myself every day makes me feel good about myself.”

Stich first made a name for himself in 2014 at the 911 — “United We Stand” Bench Press and Dead Lift Championships at Intense Fitness in Union Township, where he broke a world record, bench-pressing 225 pounds in a WABDL sanctioned meet.

Stich has participated in six competitions in the past eight months and likely will compete in one more in December. This time, Kirstie, a Wampum native who teaches in the Grove City School District, will join him in competing for the first time.

“I’m not competing to try to break any records anytime soon. It’s more for the experience, I enjoy training with him,” Kirstie said.

“She’s been such a huge supporter and difference in my life,” Keith added. “I spend a lot of time in the gym, week in and week out, and having Kirstie there beside me has made a big difference.”

Editor's note: A previous version of this article misspelled the facility where Stich trained. Correctly, it is the Basement Fitness Center.