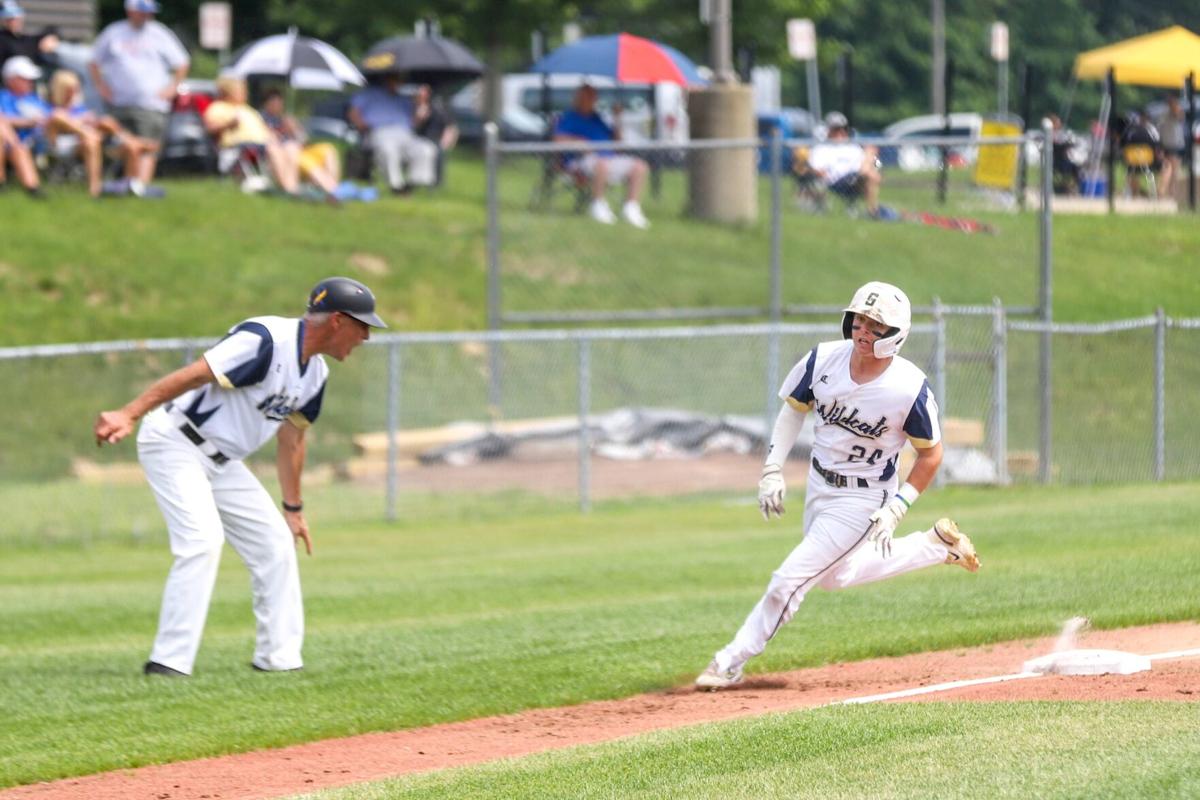 Shenango’s Tyler Kamerer is shown here rounding third base during a PIAA Class 2A playoff game against Mount Union at North Allegheny High School this past spring. Coach Larry Kelly is sending Kamerer to the plate. Kamerer will play collegiately at Youngstown State. 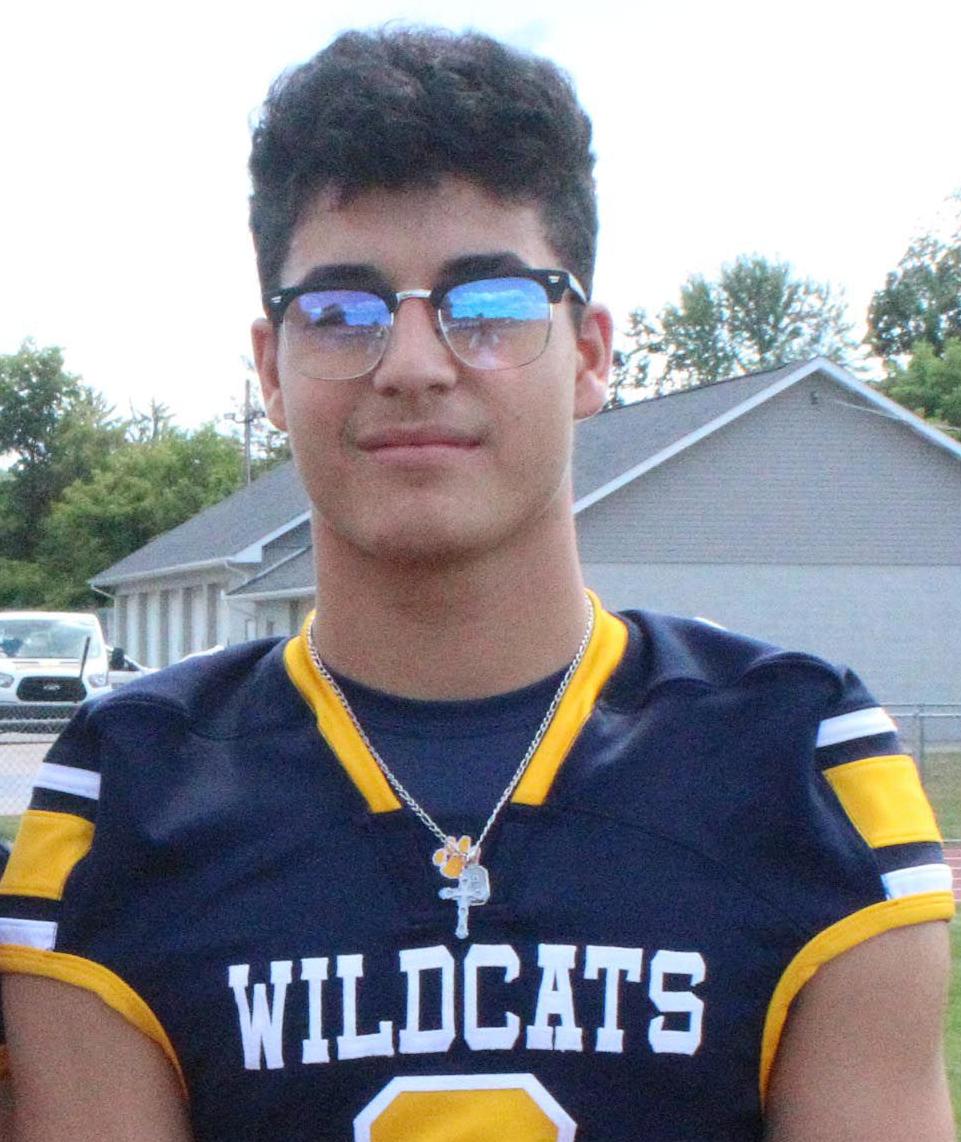 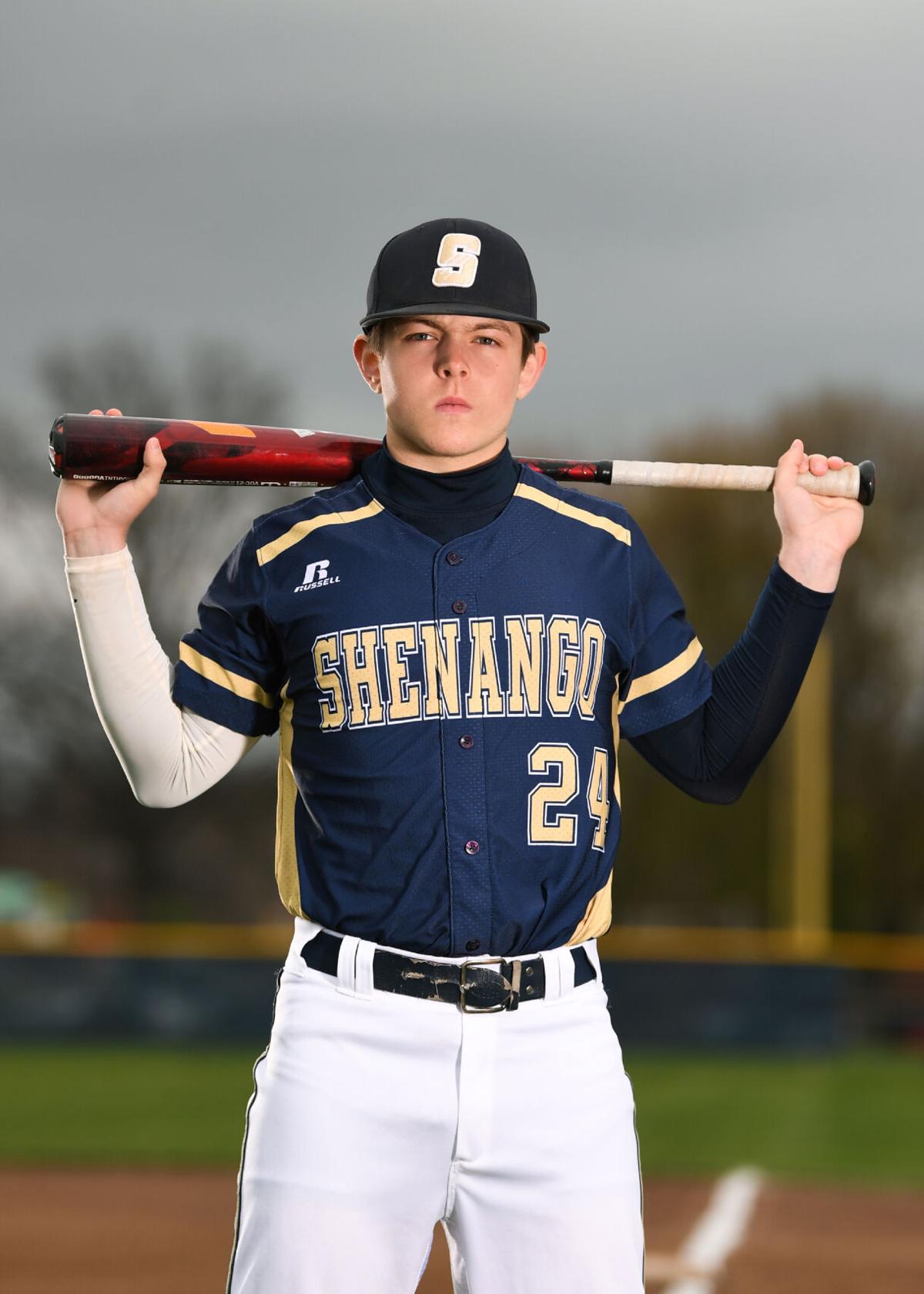 Shenango’s Tyler Kamerer is shown here rounding third base during a PIAA Class 2A playoff game against Mount Union at North Allegheny High School this past spring. Coach Larry Kelly is sending Kamerer to the plate. Kamerer will play collegiately at Youngstown State.

Once the two wrap up their senior seasons this spring, they’ve secured spots in collegiate baseball programs with verbal commitments. Kamerer is headed to NCAA Division-I Youngstown State, while Campoli is going to D-II Mercyhurst University.

Kamerer helped lead the Wildcats to the WPIAL Class 2A championship and the program’s first berth in the PIAA title game. He hit .405 with a .510 on-base percentage and a .714 slugging percentage. He led Shenango in hits (54), triples (6), home runs (3) and runs scored (40).

“Tyler Kamerer has special gifts. He is a Division-I baseball player. It’s not me that has said that. It’s Jack Zduriencik who said that. Jack was GM of the Seattle Mariners for eight years and he knows what D-I baseball players look like,” Shenango coach Larry Kelly said. “Jack has been to a bunch of our games and a couple practices. He’s watched Tyler, looked at his arm and at his bat speed. Tyler has committed to Youngstown State, which is a big deal. But, because of Jack, there’s also interest from other schools. Tyler has a pedigree that is open and obvious to a trained eye.

“Wherever he chooses to end up, it’ll be a great opportunity,” he continued. “Not only does he have the ability to play D-I baseball, but to play professionally as well. I have been around baseball all my life and coached at Westminster for five years before coming to Shenango. I know what big-time talent looks like and Tyler has it.”

Kamerer, who primarily played second base, was an all-WPIAL selection and first-team all-conference pick. He is slated to play shortstop and pitch some for Shenango next spring.

“I expect Tyler to help fill the shoes of Shane Cato for us. It would not surprise me if he, like Shane, is player of the year in 2A this year. He has that kind of talent,” Kelly said. “He is the real deal. He may be the best high school hitter I’ve seen and I’ve been around this game a long time.”

Campoli was not able to compete for the Wildcats last spring while recovering from arm surgery. However, he is expected to be a big part of the team’s push to defend its WPIAL title.

“If Tino Campoli would have pitched for us last season, he, too, would be getting D-I offers,” Kelly said. “I expect him to throw in the low 90s again. He should have been our No. 1 pitcher last year and will be our No, 1 this year. He will be the best pitcher on Lawrence County.”

Shenango is excited to get his bat back in the lineup, too.

“He will hit third for us. His exit velocity is close to 100 MPH. When he hits the ball, it makes a different sound,” Kelly said. “I expect he will have a tremendous season for us now.”

Campoli, who had to sit out football season, too, received clearance to start pitching and is expected to start throwing off a mound in November.

“By the beginning of baseball season, he will be something no one wants to face when they step into the batter’s box,” Kelly said. “Tino Campoli reminds me of a kid I graduated with at New Castle — Chuck Fiorante. He was an All-American quarterback at New Castle and also a baseball player. As good as he was as a quarterback, he might have been a better baseball player. Had Tino been healthy and been able to play, he would have been the best quarterback in the conference. He has special gifts for a high school player.”

Shenango (23-3) won 21 games in a row to win the WPIAL title and reach the state championship game. Schuylkill Haven defeated the team, 8-7, for the gold.

Jeanne Mastren Larsen, 87, from New Castle died Saturday, Oct. 16, 2021, from complications due to a stroke in Fort Worth, Texas. Jeanne was born in New Castle on Dec 29, 1933, the daughter of Ruben and Bessie Miller. She graduated from New Castle High in 1950. Later, she obtained a nursing …

Raymond D. Lutton, 59, of Edinburg passed away on Oct. 17, 2021. There will be no visitation or services. Arrangements have been entrusted to the R. Cunningham Funeral Home and Crematory Inc.