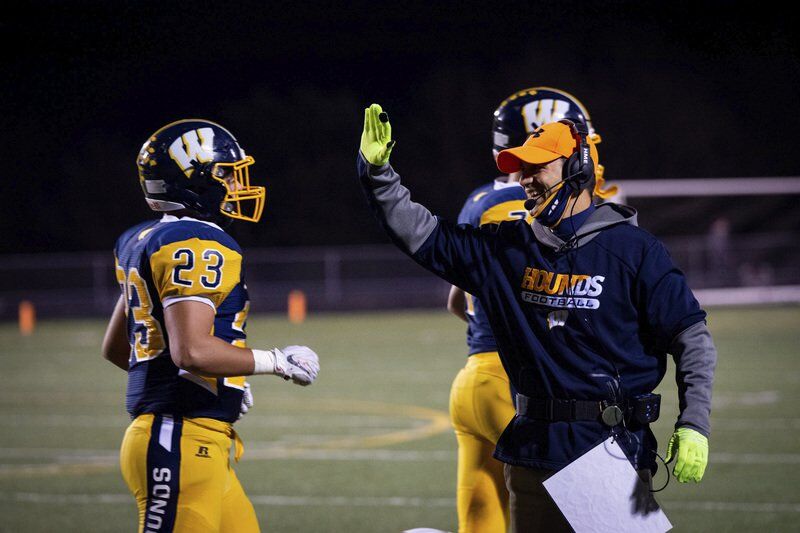 Wilmington head coach Brandon Phillian high fives his players as they come off the field following a long touchdown drive against Karns City during Friday’s PIAA Class 2A semifinal at Greyhound Stadium. 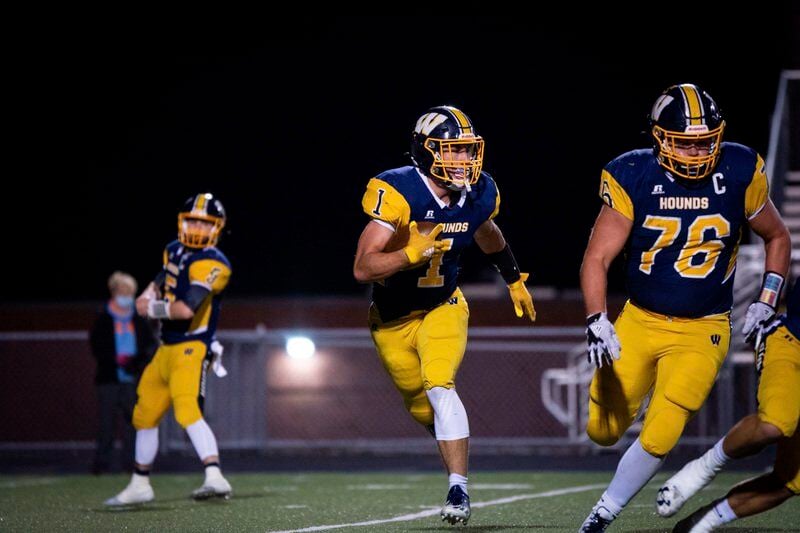 Wilmington’s Luke Edwards runs the ball against Karns City during Friday’s PIAA Class 2A first round game at Greyhound Stadium. 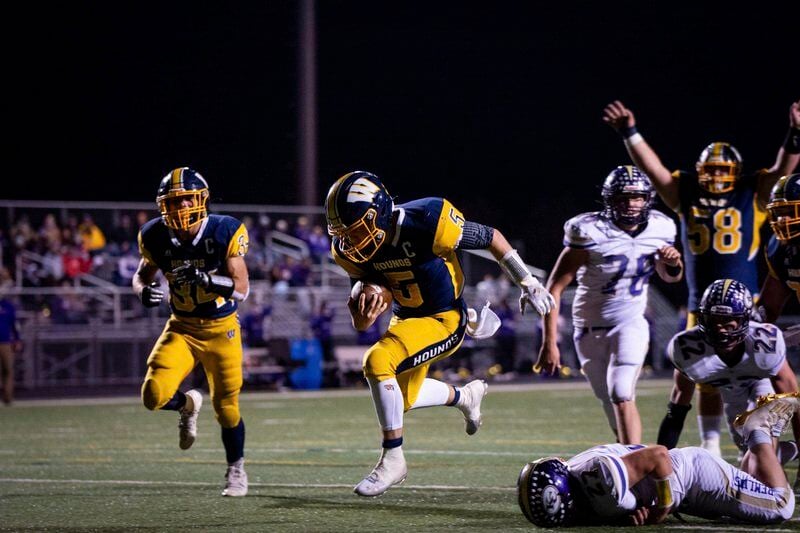 Wilmington’s Caelan Bender runs into the end zone against Karns City during Friday’s PIAA Class 2A first round game at Greyhound Stadium.

Wilmington head coach Brandon Phillian high fives his players as they come off the field following a long touchdown drive against Karns City during Friday’s PIAA Class 2A semifinal at Greyhound Stadium.

Wilmington’s Luke Edwards runs the ball against Karns City during Friday’s PIAA Class 2A first round game at Greyhound Stadium.

Wilmington’s Caelan Bender runs into the end zone against Karns City during Friday’s PIAA Class 2A first round game at Greyhound Stadium.

While the success is striking, it’s never assumed. And the appetite for more is insatiable.

“I think this is certainly a very special group of seniors. I believe I’ve developed lasting relationships with a number of the seniors on this year’s team,” related Phillian, a former Wilmington player under legendary coach Terry Verrelli. “They’re extremely coachable, they’re great leaders, they have great character — both on and off the field. It’s a group that’s shown tremendous potential the whole way coming up through our program.

“There’s no doubt that I feel blessed and humbled to be playing in a state quarterfinal matchup this Friday night,” Phillian continued. “I think it says a lot about the young men on our football team, and it says a lot about the work that they have put in to get to this point. But I know I would speak for all the players on the team when I tell you that they’re very excited, they’re very grateful for this opportunity ... but they’re not satisfied. They want to continue to grow and improve and get better every time they take the practice field or the game field.”

Not unlike facing Farrell three times this season, this will serve as Wilmington’s third encounter with Chestnut Ridge (7-2). Coach Max Shoemaker’s Lions are led by senior signal-caller Logan Pfister, who has 5,115 career passing yards and 36 TD tosses and has compiled 2,574 rushing yards and 44 touchdowns.

In last season’s 35-20 Wilmington win at Somerset High, the Greyhounds built a 21-0 halftime lead and extended their edge to 28-0 in the third period before the Lions roared back.

Pfister finished 22 of 38 for 300 yards passing, hitting Jordan Hillegas for a 33-yard TD pass. However, the Greyhounds’ ground game outgained Chestnut Ridge, 283-42. Darren Miller manufactured a game-high 21-carry, 172-yard, two-touchdown performance that included a 53-yard scoring sprint. Also, Ethan Susen sprinted for 77 yards rushing and caught a 41-scoring strike from Caelan Bender. In addition to rushing for 35 yards, Bender was 8 for 11 through the air for 170 yards.

“So, yeah, if you overload too much on Pfister, they’ve certainly got a number of players who can make you pay,” Phillian forecasted.

Last week, Wilmington walloped District 9 champion Karns City (42-14). Accounting for 201 of the Greyhounds’ 378 total yards, Bender scored on touchdown runs of 2, 60 and 8 yards and also collaborated with Susen on a 36-yard scoring strike. Miller motored for 85 yards rushing, including a 44-yard scoring sprint, and Mason Reed returned the second-half kickoff 76 yards for a TD, his second splash play in as many weeks. The Hounds’ Hammer yielded just 231 total yards, Wilmington was penalized just once, and it did not commit a miscue.

“One of the things you hear a lot in sports is you want your team to peak at the right time, and I think the good thing about our football team is we are continuing to ascend, we are continuing to get better each and every week. And that’s certainly where you want to be in the playoffs,” Phillian observed. “We’ve gotten better from the end of the regular season, to playing Farrell for the District 10 title. I think we took another step when we played Karns City a week ago, and we’ll certainly look to continue ascending, to try to peak at the right time as we move through the state playoffs.

The senior-laden success of this season’s squad — in spite of COVID-19 pandemic uncertainty — while expected as one of Wilmington’s finest, is not taken for granted.

“I don’t know that there’s necessarily any more pressure this year than any other year,” Phillian said. “I think, when you’re fortunate enough as a team and a program to be in the state playoffs, you relish those opportunities each and every year. You focus on your vision. We’ll take it one week at a time — ‘one-week Super Bowls,’ as we like to say.

“So I don’t know there’s necessarily more pressure this year than any other year. But one thing I will say is it is a special group of seniors. It’s a group that I feel very blessed to have the opportunity to coach them and to build lasting relationships with them.

“And as gratifying as it is to get into the final eight (of the state), I know the mind-set of our team is to have a great performance against Chestnut Ridge on Friday night and ultimately to advance to the Final Four and get into the state semifinals,” Phillian added.

Having served as an assistant to the venerable Verrelli for a dozen years and now continuing the great Greyhounds’ tradition, Phillian observed regarding November football,

“Whenever you’re still practicing in November, you’ve had a great season and you have a lot to be thankful for, and we’re certainly thankful, we’re certainly grateful,” Phillian continued. “But at the same point in time, being thankful, being grateful I think speaks to the humility — you know, ‘Humble and Hungry,’ one of our favorite lines. But while we’re humble about where we’ve gotten and our accomplishments to this point, I think we’re still certainly hungry to have a great performance against Chestnut Ridge, and to try to continue to advance.

“One of the things I would say to the seniors,” Phillian concluded, “is, each and every week that you play in the playoffs, you want to win the game, of course. Nobody wants the season to end. So, part of winning is you buy yourself another week together, another week of ‘brotherhood’ and camaraderie, and that’s something we certainly keep in mind as we approach each and every playoff game.”