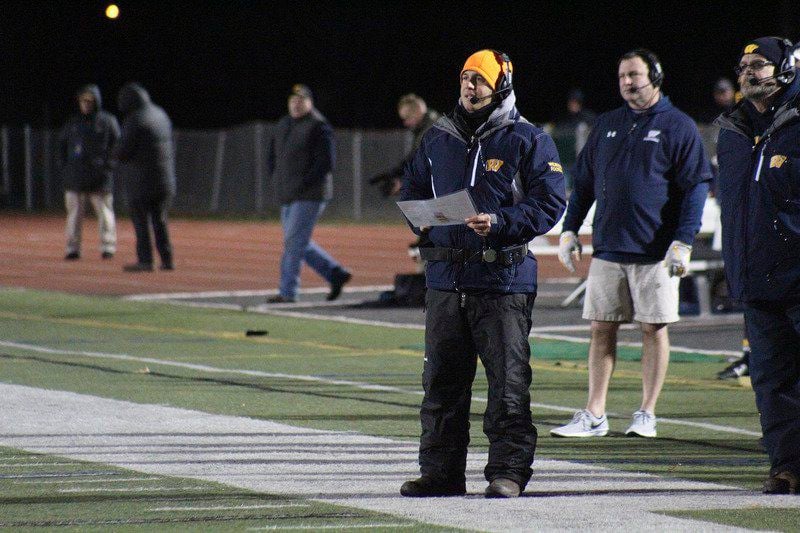 Wilmington coach Brandon Phillian was able to get the entire winter program in for his team. 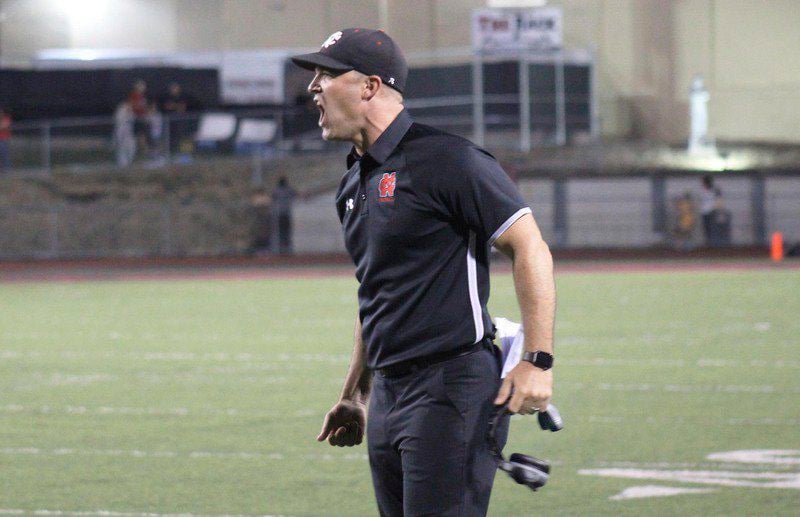 New Castle coach Joe Cowart was pleased with the direction the offseason program was going. 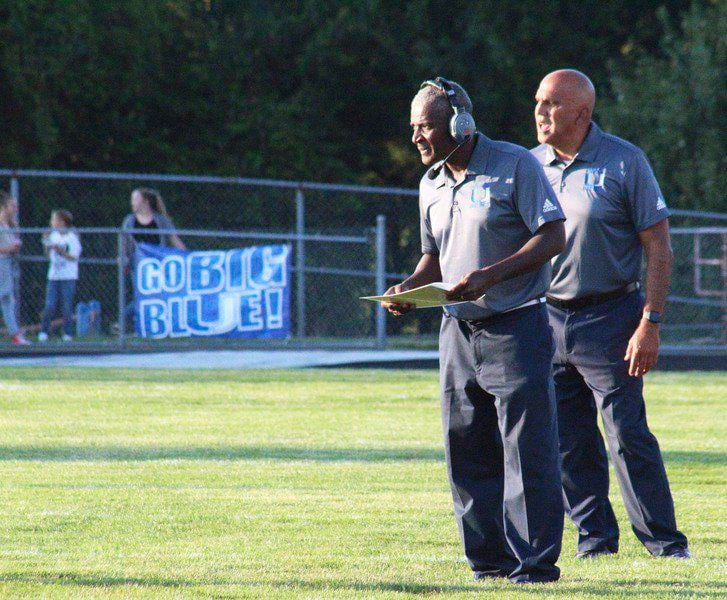 Union coach Stacy Robinson put in a offseason program for the team. It was going well according to Robinson before the stoppage.

Wilmington coach Brandon Phillian was able to get the entire winter program in for his team.

New Castle coach Joe Cowart was pleased with the direction the offseason program was going.

Union coach Stacy Robinson put in a offseason program for the team. It was going well according to Robinson before the stoppage.

The coronavirus has put a halt to high school athletics.

State championships in basketball and swimming are on hold across the PIAA. Spring sports are on shaky ground, at best.

Football also is being affected by the virus. Teams generally would use this time to get players into the weight room that aren’t involved in a spring sport on a more frequent basis.

“We’re in a traditional cycle right now,” New Castle High football coach Joe Cowart said. “We had a real nice winter that we were excited about.

“We were ready to springboard into the spring like we always do. But, things are different now, certainly.”

Last year, Union had a scare where its football program might be forced to become a co-op. The school was able to maintain the program, though.

“It’s kind of uncharted waters, uncharted territory,” Scotties coach Stacy Robinson said. “We haven’t been in this situation. We don’t do a lot in the offseason, because of our limited numbers. I encouraged them to play other sports.

“It is a concern. What’s going on in our world is right outside our door. I hope football will be played in the fall. But that’s the fall. I don’t bother anyone about lifting.”

Robinson still has an eye on the numbers issue as he is away from members of the team.

“My hope is we fill the team. And I believe we will,” he said. “We’ll get it going when we get the all clear.

“We don’t usually get a formal team workout until June.”

A new offseason program was shut down almost immediately for Union.

“It was going well,” Robinson said. “It was put into place two months ago for our athletes. The kids were going during school time, gym class or study hall.

“We hired Pat Minenok to handle the weight training. He takes a backseat to no one and we’re happy to have him. It’s open to all students, athletes or not. He probably had 100-some kids coming through there. It was in its infancy. We were just starting to see results and then this happens.”

“One positive thing is we were able to get our entire winter program in,” Greyhounds coach Brandon Phillian said. “Once we turned to March, we encourage the guys to go out for a spring sport, track or baseball.

“A high percentage of our players are involved in spring sports. We don’t see them much for March, April or May. Guys that aren’t involved in a spring sport, we like to keep them doing something.”

Phillian noted the athletes keep track of their own training progress.

“When they attend a program, they will see the improvements and the growth,” he said. “Mike Crawford, our strength and conditioning coach, has them track their progress.

“All of our players that make the commitment see results. It’s individual player tracking.”

Joe Lamenza is getting ready for his second season at the helm of Ellwood City Lincoln. Last year, the Wolverines were 0-10.

“We started last year right after the new year. Just like we did this year,” Lamenza said. “There was no stoppage last year. We were going three days a week from January to May.

“Things had been going well up until this point. Then we were told we couldn’t do anything anymore. The part you can’t quantify is a lot are back from last year’s team.”

Lamenza said it’s up to players to take care of them physically. But there is an aspect that is encouraged as well.

“We’re not allowed to organize player workouts. Everyone is in the same boat,” Lamenza said. “We just encourage the players to make the best of this situation. Focus on what you can control.

“Some players probably have some equipment or a home gym. Make use of Hudl. You might be limited physically, but you can train on the mental aspect. It’s about making the best use of this time away. There’s a huge difference between spending your time and investing your time. Investing your time will get you a return on your investment.”

Hudl is best described as a “product and service of Agile Sports Technologies, providing tools for coaches and athletes to review game footage and improve team play,” according to Wikipedia.

Laurel is going up to Class 2A for the 2020 season after narrowly missing out on a trip to the playoffs each of the last two years in Class 1A.

“There’s an uncertainty of what will happen in the future,” Spartans coach Brian Cooper said. “I don’t think we will know. I have a bunch of different thoughts in mind. But until we do get dates, it’s kind of hard to plan. It’s a huge challenge for every coach. You don’t know exactly when.

“Right now, I hate to make any concrete decisions until after Easter. Sports are secondary right now. We’re trying to make sure kids are thinking of their health and safety.”

Cooper was pleased with the progress his group was making during the offseason prior to being shut down.

“As far as what we did in January and February, sure, I felt good about what we were doing,” Cooper said. “I thought we were in pretty good shape. I was happy with where we were in March, too.

“We’ll see what type of shape they’re in when we come back. It very well could go to May or farther. Who knows for sure. Every day things are changing.”

“The only reason we were further ahead this year is we didn’t make the playoffs last year,” Warriors coach Tim McCutcheon said. “We want to make sure they get a little bit of down time mentally and physically. Then we get right back at it.

“This year, we were in the weight room before Thanksgiving. We were averaging 40 kids a night in the weight room since November, 38 to 40. We had a huge jump on the season. It’s crushing, it really is. We had such a good offseason to that point.”

Neshannock had a quality offseason going prior to the coronavirus outbreak.

“We felt up to the point we got shut down it was our best offseason conditioning, especially in the weight room, that we’ve ever had,” Lancers coach Fred Mozzocio said. “The kids were all bought in.

“We had a really enthusiastic group stemming from last year. Kids that were coming up from junior high were there. The kids were totally in and pulling together. Then, boom, it was shut down.”

Mozzocio said his staff, like every staff, is relying on the athlete to continue to stay in shape.

“That’s all you can do,” he said. “We’re completely compliant with things and we understand the state mandated shutdown.

“We’re just relying on the athletes. If they don’t have weights, they can do different things to keep their strength up.”

Shenango coach Jimmy Graham said he’s excited for the upcoming season as the Wildcats go down to Class 1A.

“There’s a hunger there,” Graham said of his team. “I think this little setback will just get the kids a little bit more hungry.

“We’re all on the same playing field right now. There’s nothing you can do but just to let time march on. There are kids with potential scholarship opportunity just being restricted to their home. It’s just a tough time right now.”

Graham said his team dressed 25 players at the end of last season.

“A good day in the offseason program for us would probably be 15 kids because they do participate in other sports,” he said. “We have multi-sport athletes that have to prepare for other sports.

“It’s really hard not seeing them. I can imagine what the kids are going through as an athlete. I’m cautiously optimistic football will be up and running by its usual time. Like any other sport, everyone wants to workout. There’s more things that are important, though.”