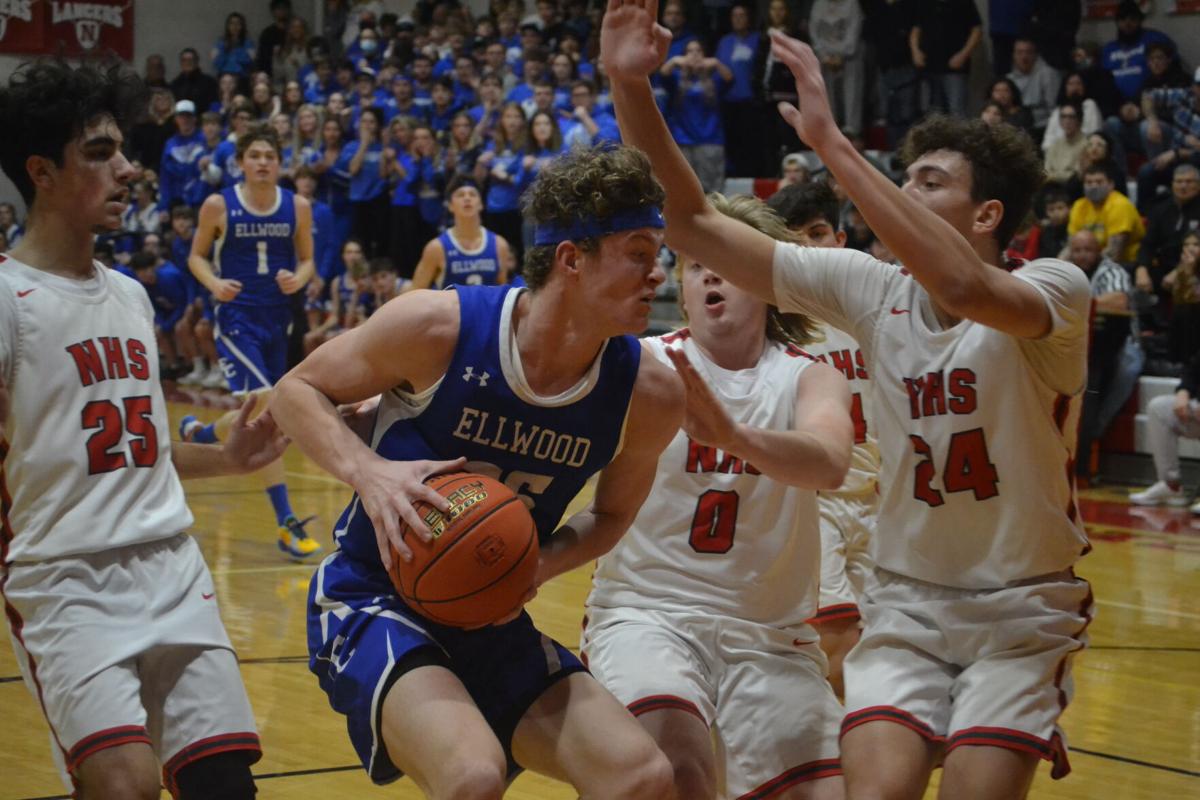 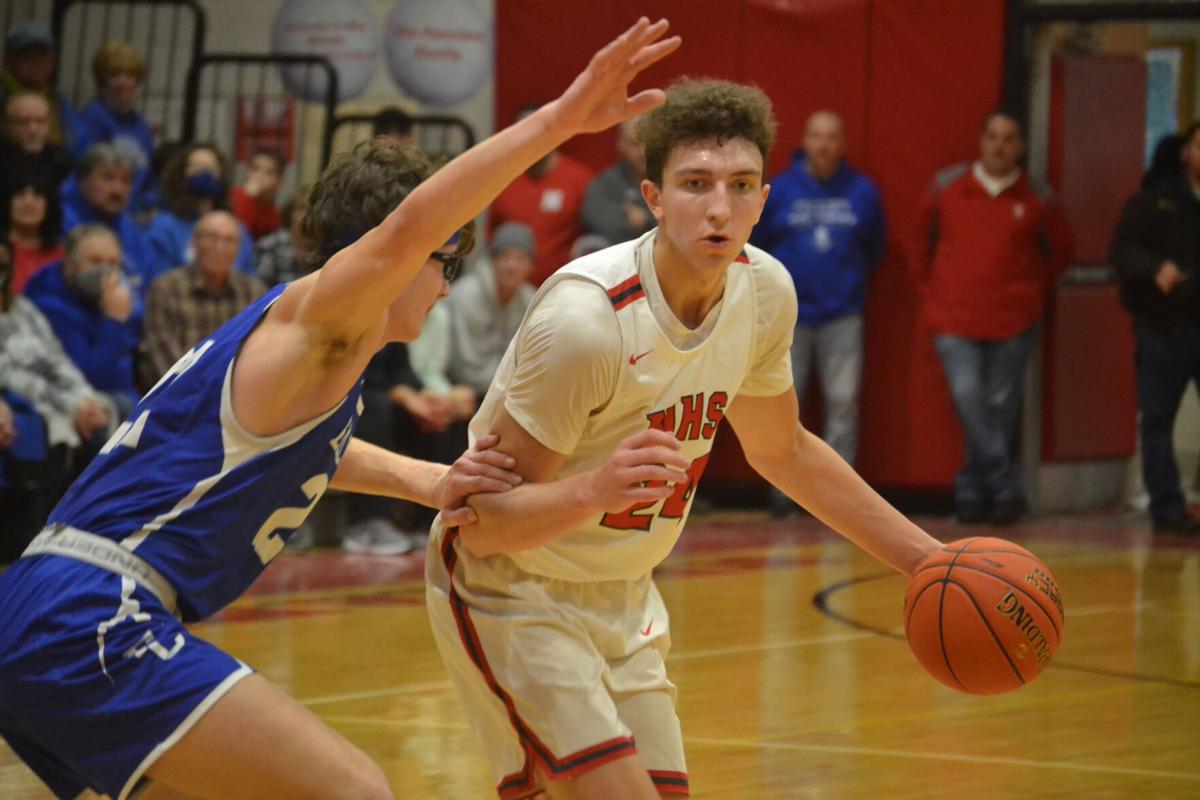 Neshannock's Mike Sopko moves the ball towards the net while Ellwood City's Anthony Spadafore guards him. 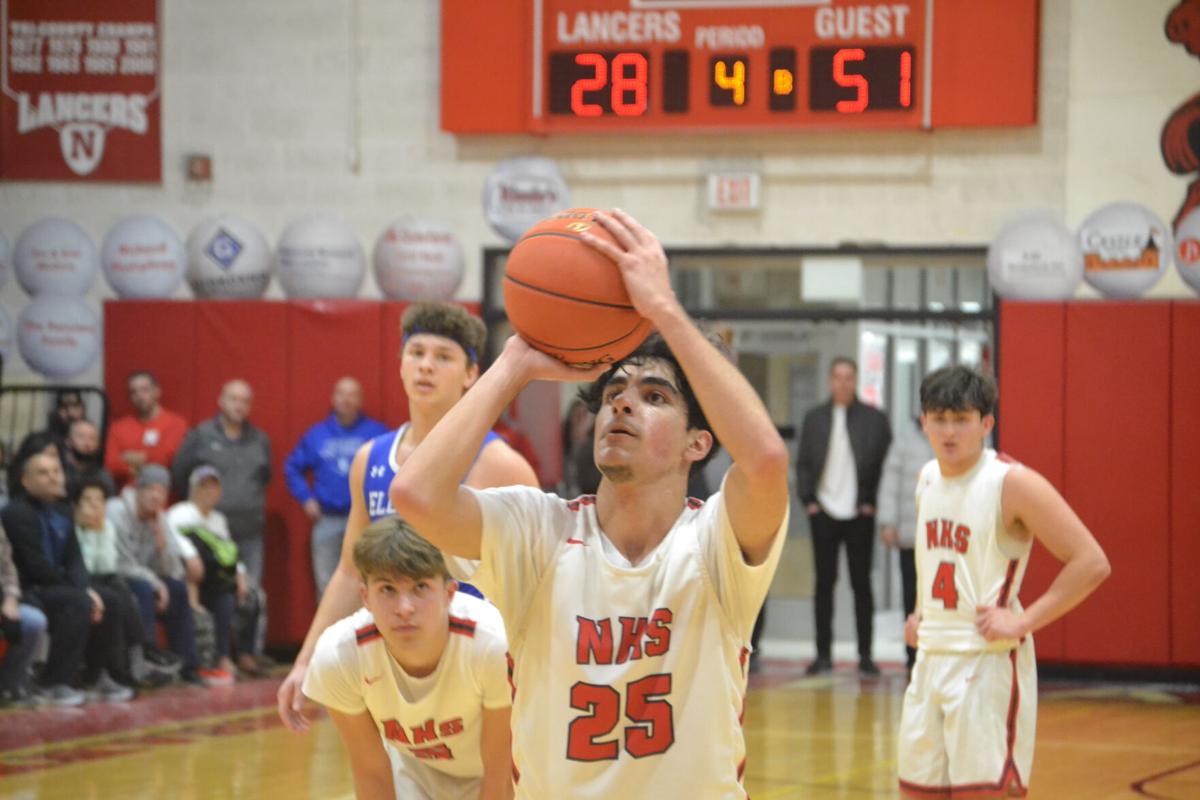 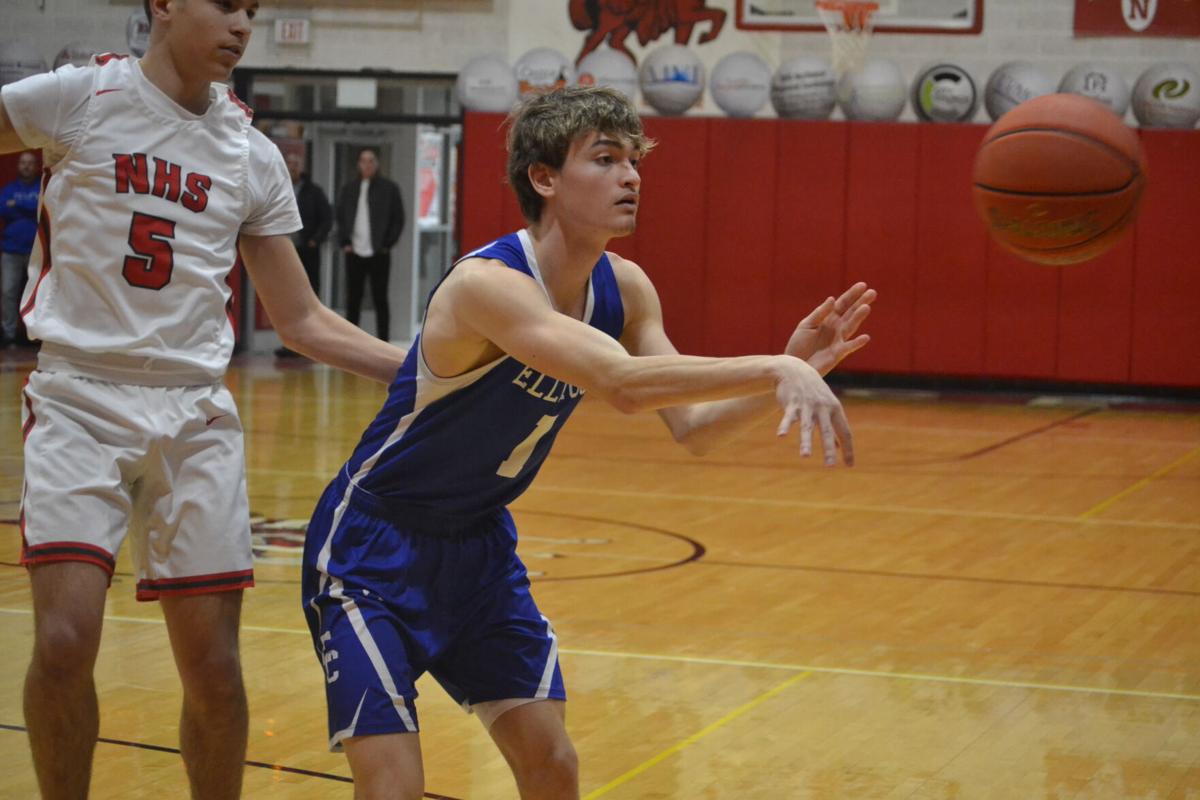 Neshannock's Mike Sopko moves the ball towards the net while Ellwood City's Anthony Spadafore guards him.

The last time the two teams met was in the 2021 WPIAL Class 3A semifinals. Friday’s outcome had a familiar look.

The visiting Wolverines cruised to a 56-34 Section 1-3A verdict over the host Lancers on Friday night. Last year, Ellwood City upset host Neshannock in the semifinals, 60-51. The Lancers had won the previous two tilts in the regular season.

“I couldn’t be prouder or happier for my team and Ellwood City.”

“Winning here is a great feeling but we’re not finished.”

“It was just tremendous to have our gymnasium overflowing with people again. It was a hell of an environment,” Neshannock coach John Corey said. “This game wasn’t won or lost on January seventh. Our big issue with this group is that this was a lot of offseason woes that caught up to us in this game.

“We’ve prided ourselves on having really good offseasons where we get better and multiple guys get skilled. This wasn’t one of those years...this game was lost back in May, June and July. Basketball season comes and it starts asking what you did in the summer and this was one of our worst summers in fifteen years.”

Ellwood City put pressure on Neshannock’s offense in the third quarter, only allowing them to put up four points.

“If you have Anthony Spadafore chasing you for four quarters it’s tiring. I see it everyday at practice...I couldn’t be happier for Anthony.”