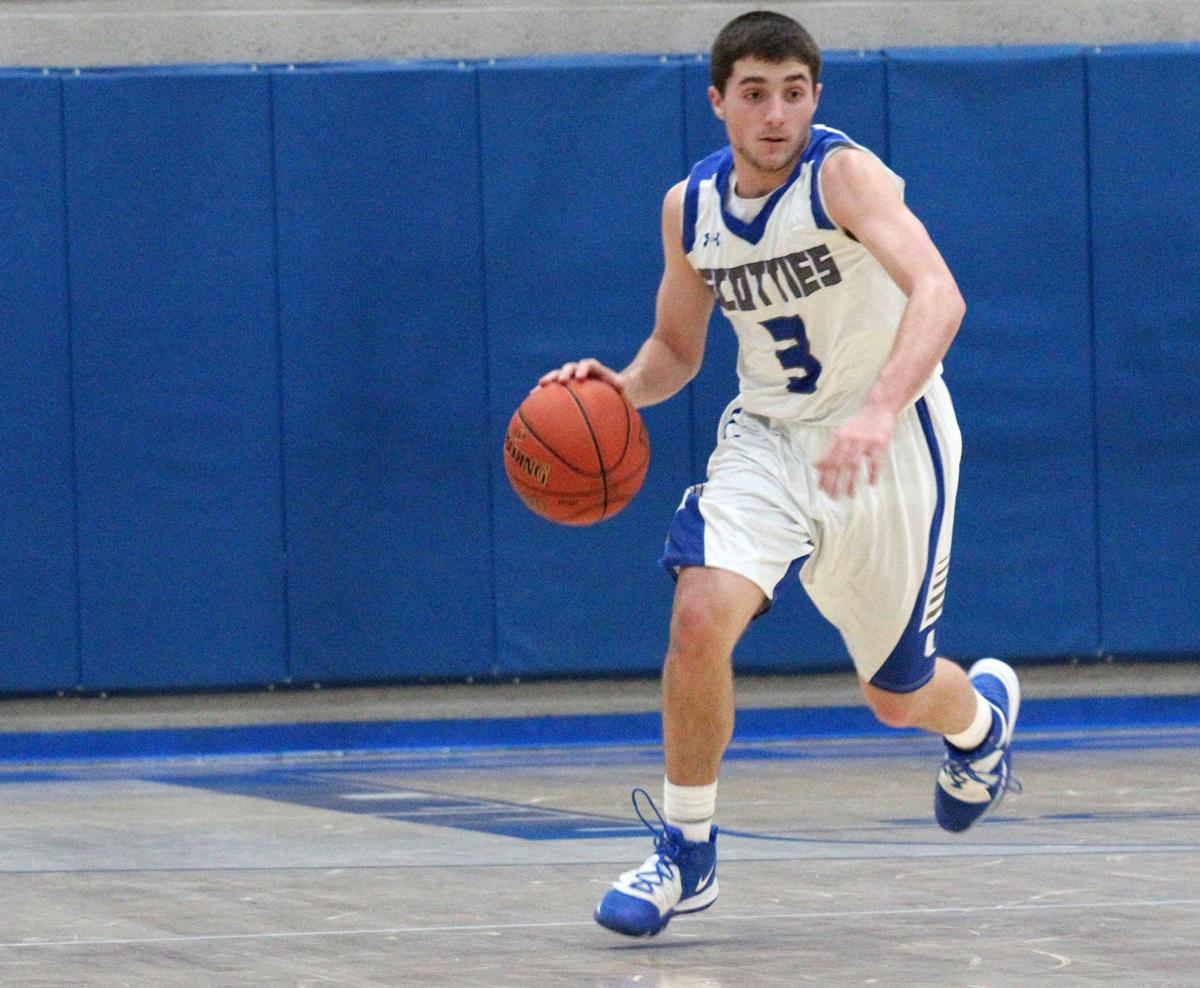 Union's Matthew Stanley dribbles up the floor during a home game against Nazareth Prep. 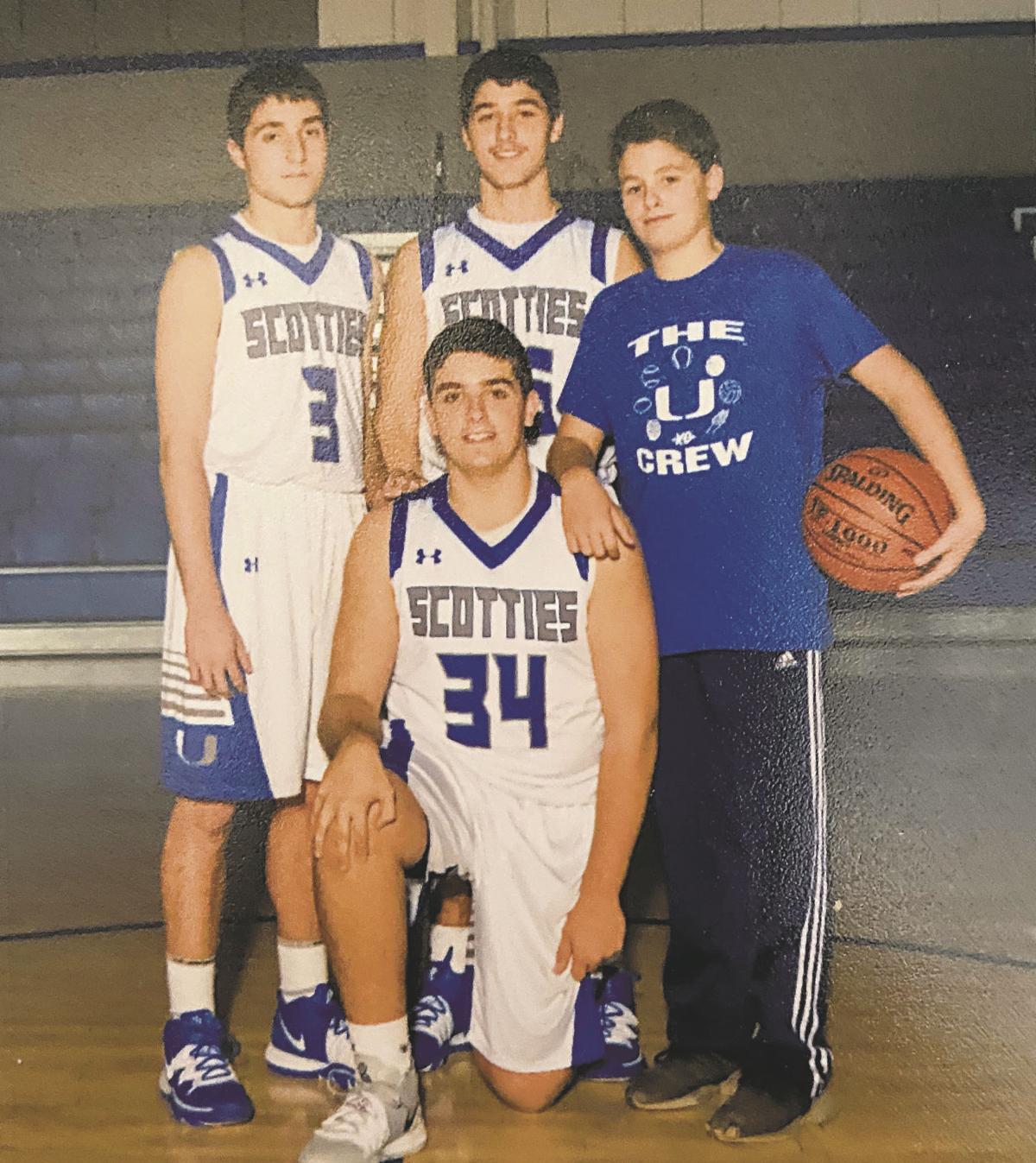 The Stanley brothers, Anthony, front, and, back from left, Matthew, Mark and Lucas.

Union's Matthew Stanley dribbles up the floor during a home game against Nazareth Prep.

The Stanley brothers, Anthony, front, and, back from left, Matthew, Mark and Lucas.

There is good and bad to being the child of a coach.

On the good side, there are the personal tutorials and free lessons anytime one is wanted or needed.

On the maybe not-as-good side, there is constant scrutiny — not to mention always being close by when said coach decides to go on a rant.

Matthew Stanley gets the best — and sometimes worst — of both of those worlds as a player for his father, Union High boys coach Mark Stanley.

So far, he seems to be none the worst for wear, pairing two 29-point performances last week as the Scotties picked up a duo of big WPIAL Section 1 1-A wins over Western Beaver and Eden Christian.

For his efforts, the freshman point guard has been named Lawrence County’s high school athlete of the week by the New Castle News sports staff.

Matthew’s first 29-point performance came in a 53-33 rout of Western Beaver last Tuesday. He followed that up with another 29 points in a huge 55-44 upending of Section 1-1A rival Eden Christian on Friday.

Matthew Stanley is one of four basketball-playing sons of Mark Stanley, a former star himself at Union High and Westminster and Geneva colleges. Mark remains the 15th all-time leading scorer in Lawrence County boys history with 1,586 points from 1982-84. The good stock does not stop there, however, since Mark’s wife, the former Beth Natale, is one of the top players in New Castle High girls history. Beth’s brother, Bob, was a starter on the 1981-82 New Castle High WPIAL championship team.

Both Mark and Beth are among the best pure shooters the county ever has seen. As a senior, Mark’s 26.7 overall average ranked third in the WPIAL. He was the 1983-84 Lawrence County boys athlete of the year and went on to Westminster and Geneva colleges. Stanley played three sports in his freshman and sophomore years at Westminster before transferring to Geneva for his junior and senior seasons, where he starred in basketball and baseball.

“All my boys are good basketball players and hard workers, but Matthew is just fanatical,” Mark said. “He’s bought in like some of the workaholics that I’ve had over the years, guys like Garrison Bell and Nate Meeks.

“And he and Mark are in a good place because they are in with a great ninth-grade group. My neighbors Rob Eckert and John Taylor have been taking this group, which includes their own kids, to tournaments for years. Very seldom did I go because I don’t want them to always be under my thumb. I thought it was good for them to get out there with some of the fathers who knew basketball and knew our system.”

Although Matthew was not in the starting lineup at the beginning of the season, the absence of two starters over Christmas — Sean Louis, who was ill and Nick Pasquarello, who was out with an injury, opened the door and Matthew stepped right through it. Anthony starts at forward and the younger Mark comes off the bench as a guard/forward.

When your dad is the coach, especially one as intense as the elder Mark Stanley, there is a price to pay. No one knows that better than dad.

“I get after my boys pretty hard, and they probably do get it from me a little more than my other guys do, but it’s because I want them to play hard and do things right. They know that my bark’s worse than my bite,” he said. “They let it roll off their backs and one thing they know they can count on is that I’m going to let it go when the game ends. When we get into the car, they know they won’t hear it again. We talk about the game, but at that point, I’m not a coach anymore, I’m their father.

“I give a lot of credit to the seniors on my team because they have accepted having the coach’s three sons on the team and they make sure the team handles it. My boys have been in the gym with them since they were little and they are like little brothers to them.”

Mark Stanley says there are pros and cons to having a basketball family as a neighbor and those who live near him also have learned to handle it.

“We are the alarm clock for our neighbors in the morning during the summer,” he said. “We are out there playing in the driveway in the back yard between 7 and 7:15. Beth is the rebounder, but they still can’t outshoot her.

“Actually from 15 (feet), I can’t match her, although I have better range,” Mark Stanley added with a laugh. “I’m sure that the boys will catch us at some point, but they haven’t yet.”