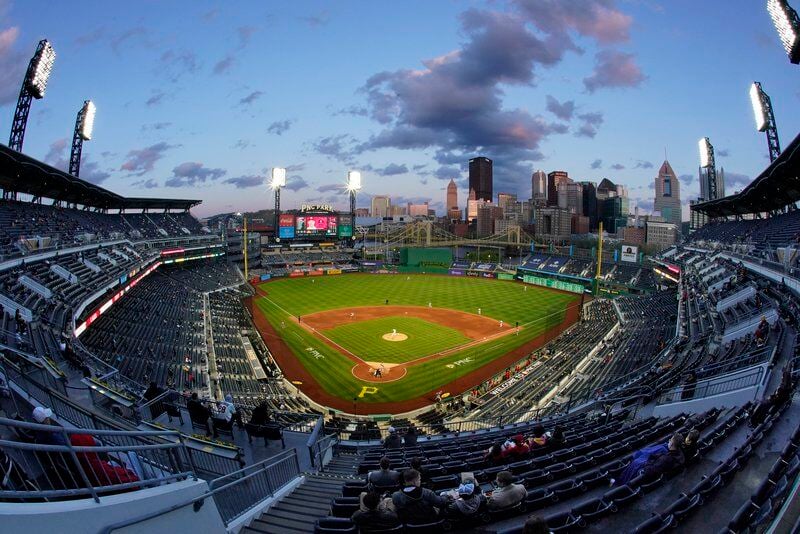 The Pittsburgh Pirates and the St. Louis Cardinals play a baseball game at sunset in Pittsburgh, Friday, April 30, 2021. 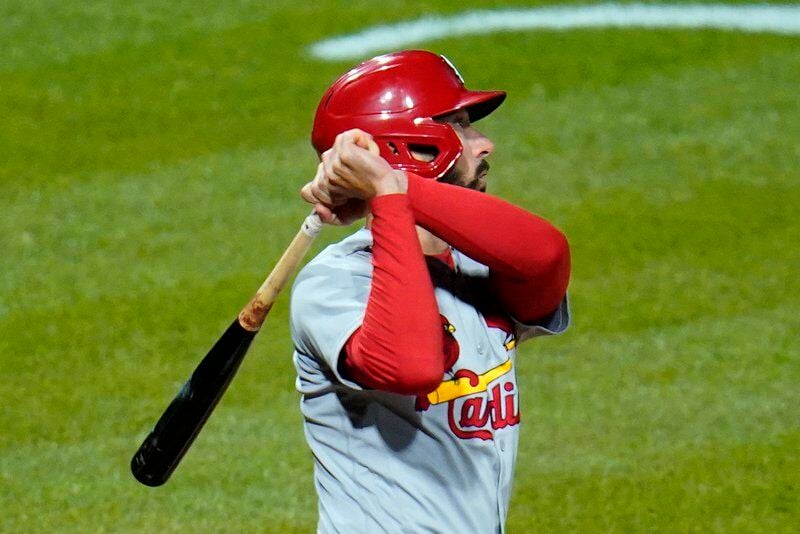 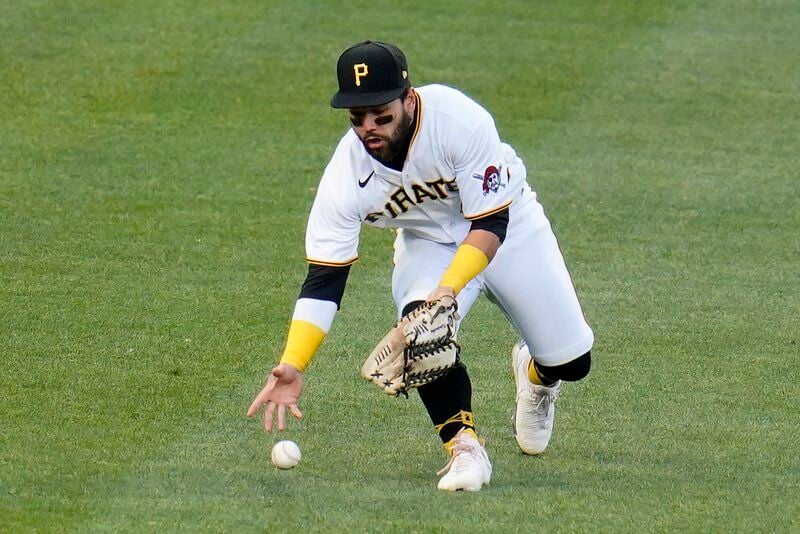 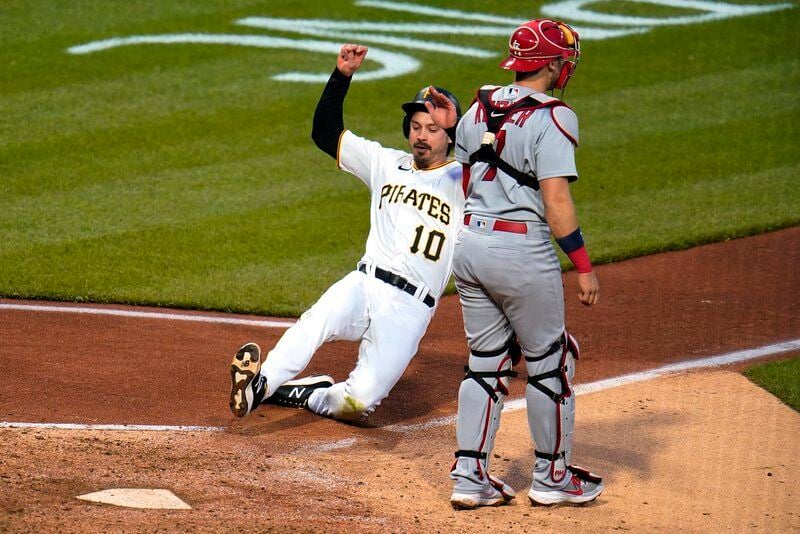 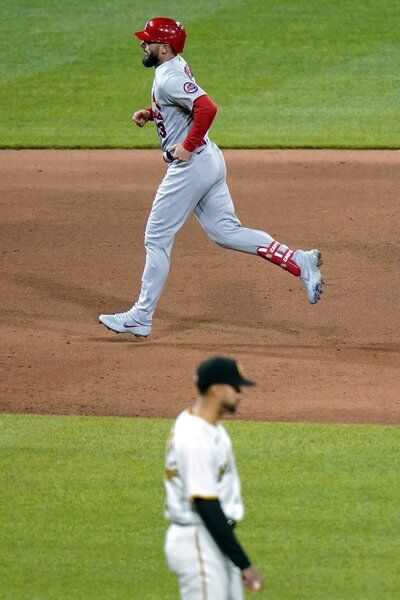 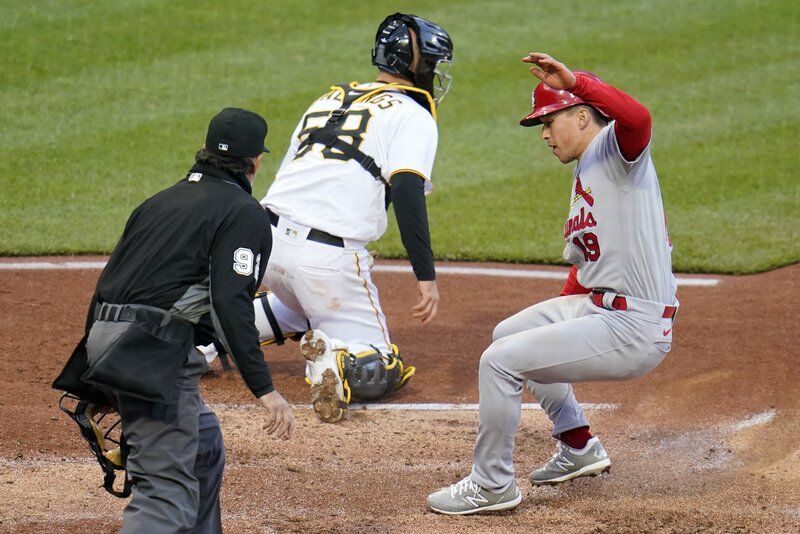 St. Louis Cardinals' Tommy Edman (19) scores past Pittsburgh Pirates catcher Jacob Stallings on a double by Nolan Arenado off starting pitcher JT Brubaker during the third inning of a baseball game in Pittsburgh, Friday, April 30, 2021. The umpire is James Hoye. 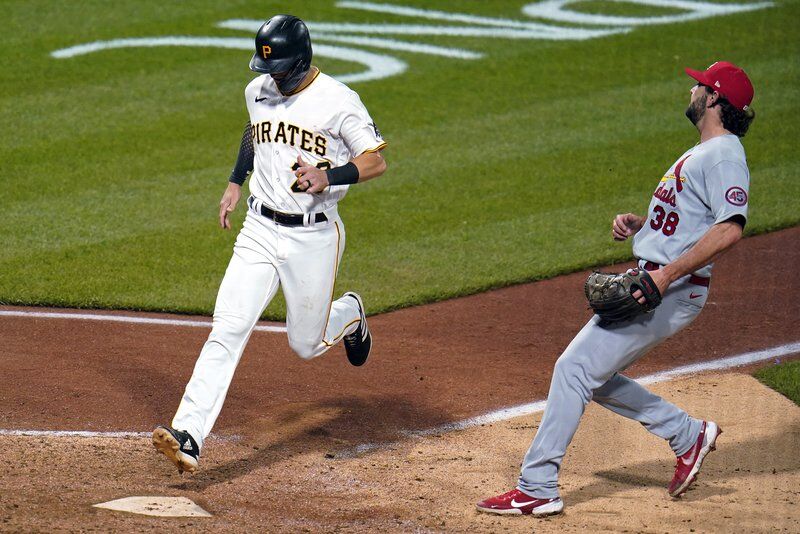 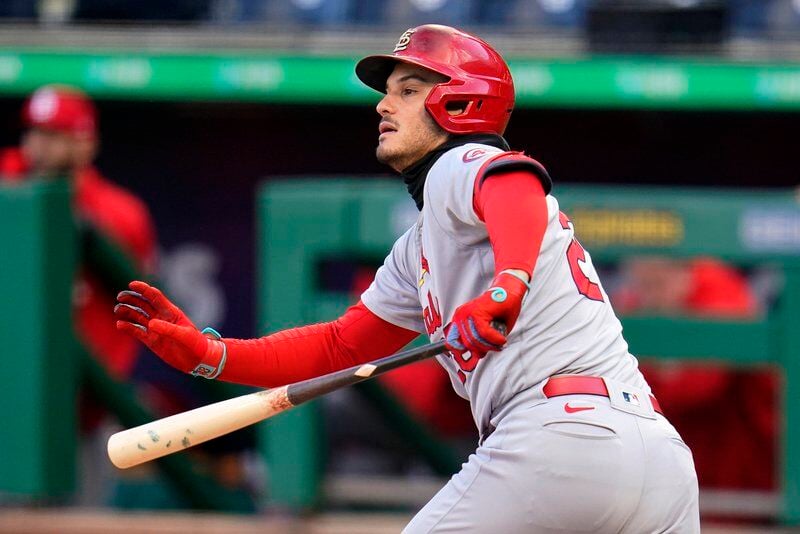 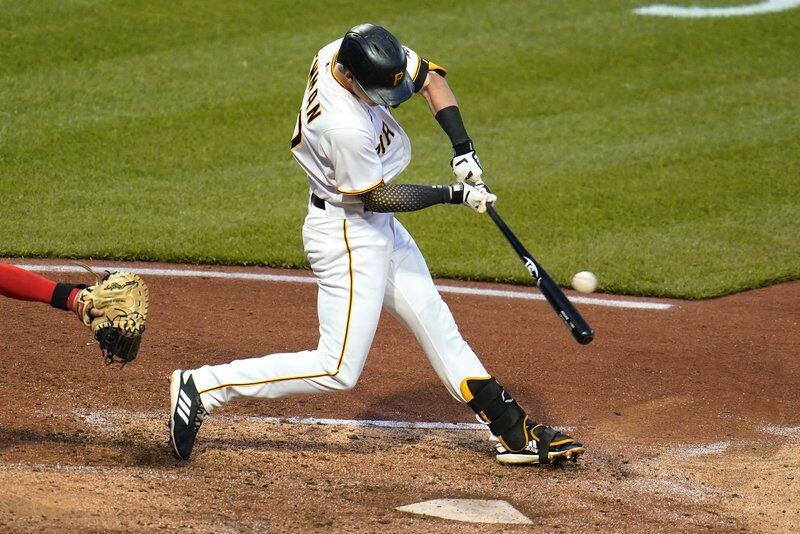 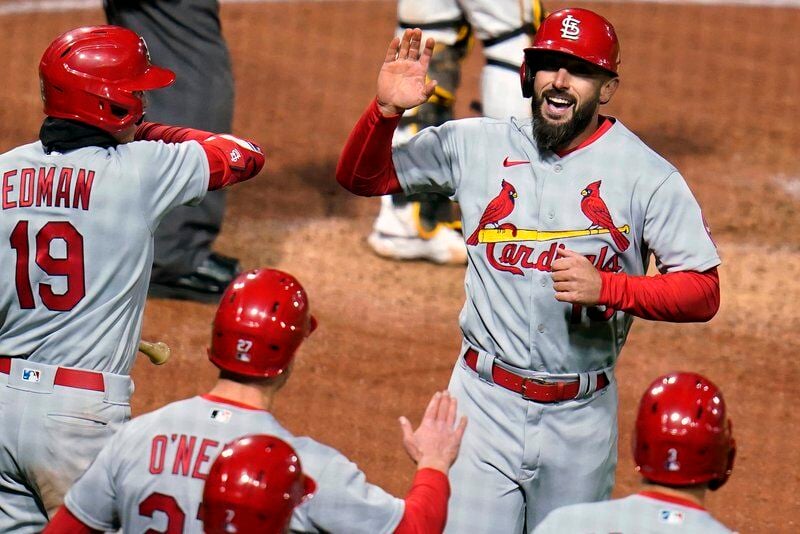 The Pittsburgh Pirates and the St. Louis Cardinals play a baseball game at sunset in Pittsburgh, Friday, April 30, 2021.

St. Louis Cardinals' Tommy Edman (19) scores past Pittsburgh Pirates catcher Jacob Stallings on a double by Nolan Arenado off starting pitcher JT Brubaker during the third inning of a baseball game in Pittsburgh, Friday, April 30, 2021. The umpire is James Hoye.

Carpenter connected off Duane Underwood Jr. in the sixth inning to put the Cardinals ahead 6-1 while batting for John Gant (2-2). Carpenter was batting .096 when he followed Tyler O’Neill’s single and Andrew Knizner’s walk with a drive to right-center for his third home run this season.

“I know this is crazy to say based off the numbers, but I don’t think it’s really representative of how I’ve been swinging the bat,” Carpenter said. “I’ve made a lot of hard outs and haven’t gotten anything going on a consistent basis as far as production. Even during times when I was making outs, I felt like I was where I needed to be. Still, you obviously want to have success.”

O’Neill had three hits, including a leadoff home run in the fourth inning. The drive cleared the bullpens in center field, to give the Cardinals a 3-0 lead.

Nolan Arenado hit run-scoring bloop doubles in the first and third innings, the first Cardinals batter with two doubles in a game since Yadier Molina against the Los Angeles Dodgers on April 9, 2019.

“We were able to scatter some runs, throwing up some ones here and there and putting them on their heels, per se,” O’Neill said.

St. Louis won for the sixth time in eight games.

Gant gave up one run, three hits and five walks in five innings, including an RBI single in the fourth by Kevin Newman, who had two of Pittsburgh’s four hits.

“Tonight, I didn’t have a whole lot working for me,” Gant said.

JT Brubaker (2-2) allowed three runs and seven hits in five innings before being lifted for a pinch hitter.

“I thought he threw the ball well,” Pittsburgh manager Derek Shelton said. “I mean, he gave up one hard-hit ball, and it was a homer.”

Pittsburgh scored twice in the sixth when Kodi Whitley relieved with the bases loaded and two outs, balked in a run and threw a run-scoring wild pitch that cut the Pirates’ deficit to 6-3.

After walking pinch-hitter Todd Frazier, Whitley escaped the jam by getting Adam Frazier to ground out.

Pittsburgh dropped to 12-13 with consecutive losses.

PALM HARBOR, Fla. (AP) — Max Homa didn’t make the cut and couldn’t even shoot par his previous three trips to the Valspar Championship. He had a simple explanation for why he’s playing well this year.

With a 3-wood that set up a short eagle putt and a few long birdie putts with perfect pace, Homa stumbled a bit at the end and still had a 3-under 68 to share the early lead with Lucas Glover.

Keegan Bradley, who had a two-shot lead after the opening round at Innisbrook, was among those playing in the steamy afternoon with temperatures again pushing 90.

Glover had a good stretch of his own, hitting 6-iron from 209 yards to 4 feet on No. 3, the hardest hole of the second round on the Copperhead course. He followed that with a chip 7-iron to a front pin just over the bunker on the par-3 fourth, settling 4 feet away for another birdie.

Glover had three good looks over the final four holes without making them, though he was plenty satisfied with a 65 to join Homa at 8-under 134.

Homa is still riding high from his victory at Riviera in February, which he won in a playoff over Tony Finau. He also is moving closer to his ultimate goal of playing well whenever and wherever he tees it up.