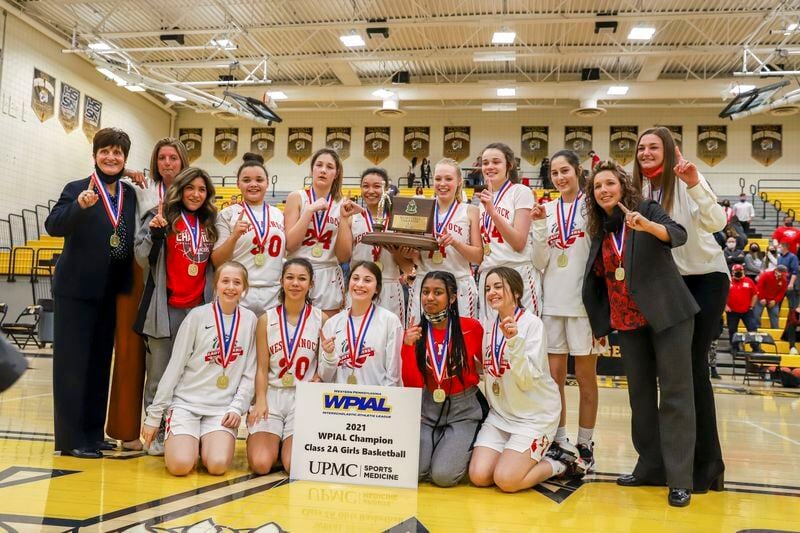 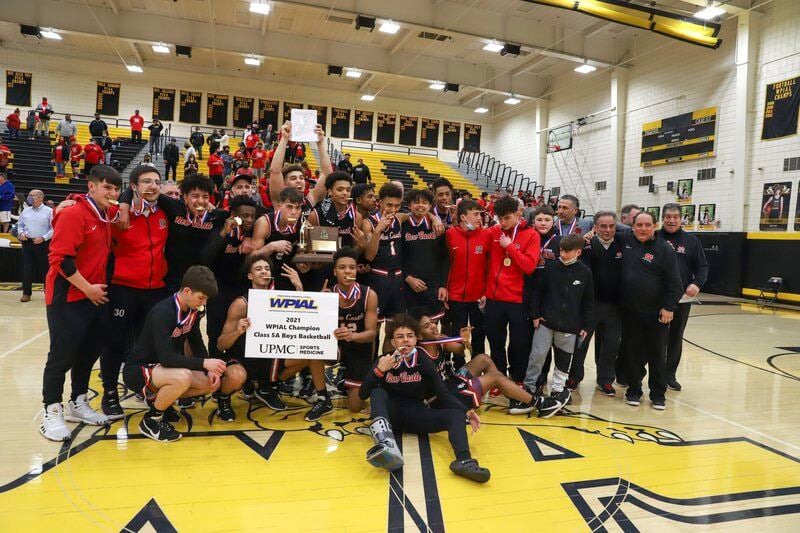 The New Castle boys basketball team pose with their trophy after a WPIAL championship game against Chartiers Valley. 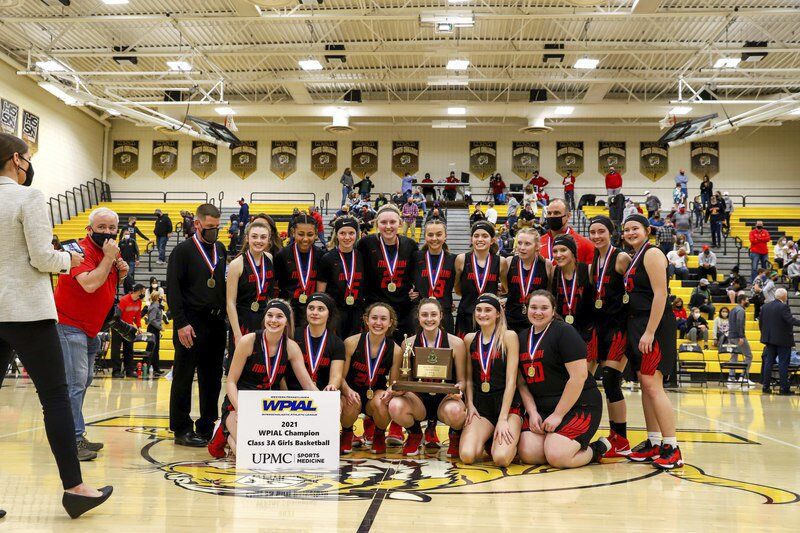 The Mohawk girl’s basketball team pose with their trophy after a WPIAL championship win against North Catholic. 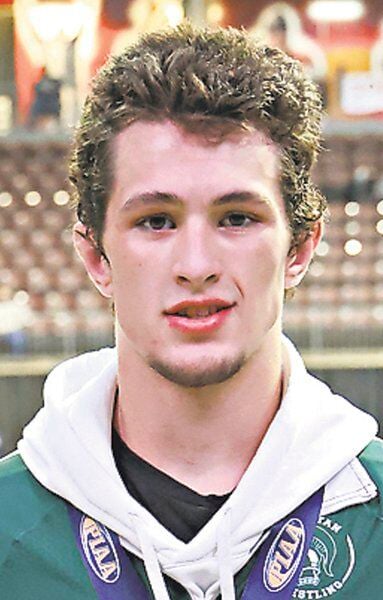 The New Castle boys basketball team pose with their trophy after a WPIAL championship game against Chartiers Valley.

The Mohawk girl’s basketball team pose with their trophy after a WPIAL championship win against North Catholic.

It was a week of championships around Lawrence County last week.

From district basketball titles to an individual state crown in wrestling, county athletes captured gold during the week.

Friday, the Neshannock High girls basketball team got things going. The Lady Lancers claimed their second WPIAL crown with a 54-44 Class 2A verdict over Serra Catholic at North Allegheny.

Megan Pallerino scored 19 points to lead Neshannock (17-2) and Neleh Nogay was next with 14.

“You talk about different kids stepping up and you talk about it being a team game and winning as a team, they are the epitome of that,” veteran Lady Lancers coach Luann Grybowski said of the championship. “Everybody accepts their role. But when it’s their time and we have a saying, next man up, they step up and get the job done.

“Every time it’s just as exciting as the last. For these kids, as young as they are, number one, for the adversity that we have went through all year and for them to come through the way they did is utterly amazing to me. We’re as excited as we can be.”

Laurel sophomore Grant MacKay won his first state championship in wrestling on Friday. MacKay, competing at 152 pounds, went 3-0 at the PIAA Class 2A Wrestling Championships, which were held at Hershey’s GIANT Center.

“I think it was validation for him,” Spartans wrestling coach Kevin Carmichael said. “Grant has put a lot of time in to this sport. He’s been traveling all over the country.

“He put a lot of miles behind him to get to this point. The championship is absolutely deserving to do what he did. I truly couldn’t be happier for him. It’s fantastic. You can’t not be happy for the kid.”

MacKay won his first match of the day on a major decision over Alan Alexander (Pope John Paul II), 9-0, in the quarterfinals. He knocked off Michael Duggan (Boiling Springs) by decision in the semifinals, 4-2. MacKay scored a 1-0 decision over Dalton Gimbor (Hamburg) to capture the championship.

MacKay, a sophomore and son of Derek and Tracy MacKay, is the first Laurel wrestler to win a state wrestling championship.

On Saturday, Mohawk’s girls basketball team opened the day with a championship. The Lady Warriors scored a 54-48 WPIAL Class 3A championship over North Catholic at North Allegheny. It was the second consecutive and second overall title for Mohawk.

“It means everything for the kids,” Mohawk coach Mike O’Lare said. “We weren’t defending anything from the year previously. That was our mindset. We wanted to win this one this year for this group.

“We lost twice to them this year, but we didn’t get blown out. Neither time did we feel we couldn’t play with them. We knew we had to defend well and make shots. If we could do that, we could beat them. I didn’t think it was a David vs. Goliath mentality. We made some adjustments and played really well. That allowed us to control the game and not play from behind. There’s always that motivation, when you’re going up against a private school, that you want to win it for the public schools. But it’s just five on five once the ball goes up.”

Paige Julian led Mohawk with 15 points and Nadia Lape was next with 14 in the title game. Hannah McDanel contributed 13 tallies for the Lady Warriors and Abby Shoaff scored 12.

New Castle (21-2) put a bow on the weekend’s run of titles by claiming a 61-45 decision over Chartiers Valley in the WPIAL Class 5A title tilt at North Allegheny. That championship marked the 14th overall WPIAL crown for the program, which broke a tie with Farrell for the most in District 7. The Steelers now compete in District 10.

“It’s more about what it means for this particular group of kids,” Blundo said. “When we’ve experienced success as a coach, you want that same success for all your group of kids that come through. You want them to experience that success for the hard work they have put in.

“Winning this title for this group is really something special. We didn’t have any pauses throughout the year, except the one everyone had. Keeping the kids motivated and active was big. Being virtual is a different animal than getting up and going to school every single day. It was about keeping them motivated.”

Sheldon Cox paced New Castle in the championship game with 24 markers and Michael Wells chipped in with 13. Isaiah Boice added 11.

The Section 2 rivals split the regular-season series, with each team winning on the road. The second-seeded ‘Canes won the first meeting (73-45) and the top-seeded Colts captured the rematch (77-59).

The Neshannock and Mohawk girls basketball teams, along with the New Castle boys squad, will open the PIAA playoffs Friday.