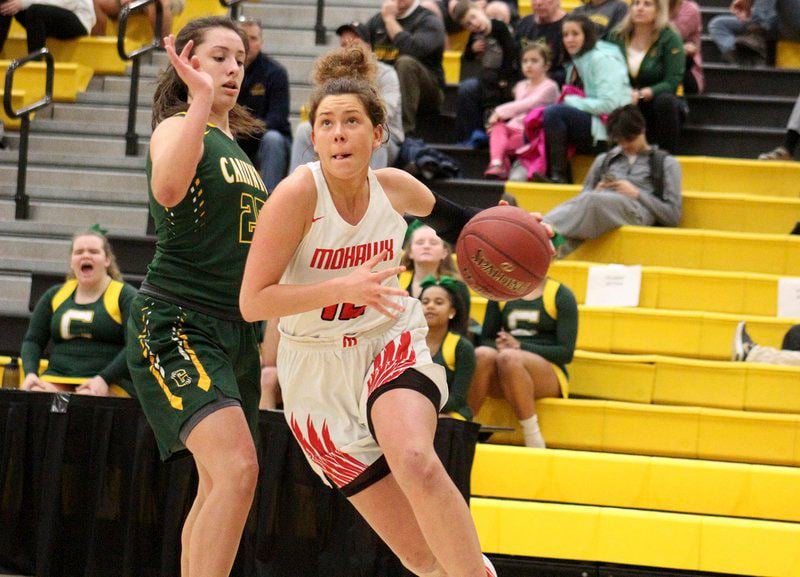 Mohawk's Karly McCutcheon, shown here driving to the basket during a PIAA second-round game against Carlynton, was named the WPIAL Section 1-3A Player of the Year. 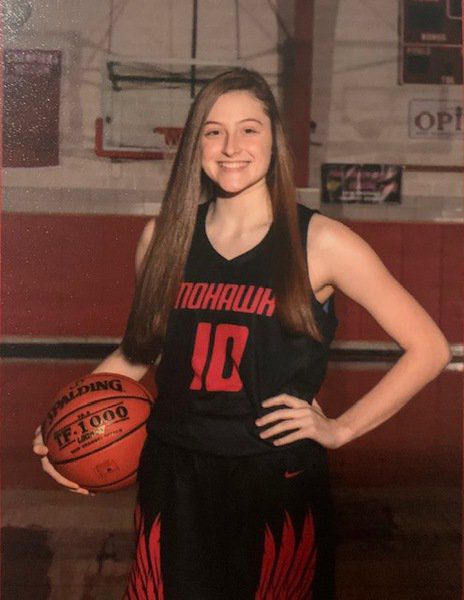 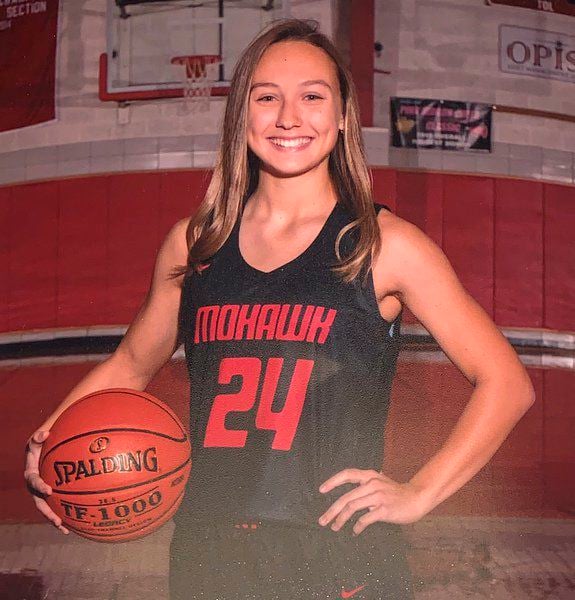 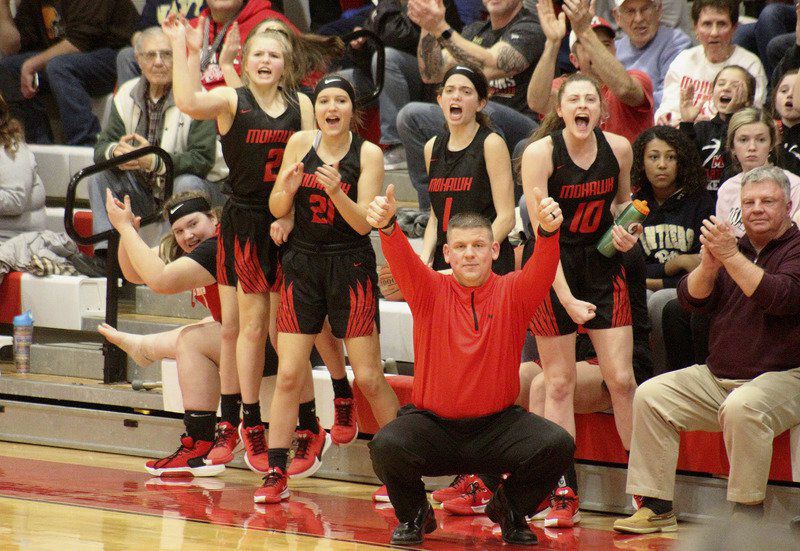 Mohawk High coach Mike O'Lare, shown during an away game at Neshannock, pushed all the right buttons this year from the bench.

Mohawk's Karly McCutcheon, shown here driving to the basket during a PIAA second-round game against Carlynton, was named the WPIAL Section 1-3A Player of the Year.

Mohawk High coach Mike O'Lare, shown during an away game at Neshannock, pushed all the right buttons this year from the bench.

The Mohawk High girls basketball team dominated the action in the regular season and the postseason.

That success carried over to the postseason honors for the Lady Warriors as well.

Mohawk’s Karly McCutcheon was named first-team all-WPIAL Section 1-3A as well as the Player of the Year. The Lady Warriors’ Mike O’Lare took home Coach of the Year accolades.

In addition, Mohawk’s Nadia Lape and Paige Julian also received first-team all-section status. The Lady Warriors (24-3) were still alive in the PIAA Class 3A playoffs, but they were canceled yesterday due to ongoing coronavirus concerns. Mohawk would have taken on Cambria Heights (25-3).

Mohawk shared the section championship with Beaver, with each team posting a 12-2 record in Section 1 play. The Lady Warriors went on to defeat the Lady Bobcats in the WPIAL Class 3A championship game, 44-26, on Feb. 29. It’s the first district title for Mohawk in school history.

“To be a senior and ultimately a team kid like she has been, to win a section title and a WPIAL title. That’s her best asset other than how great of a player she is and how great of a team player she is,” O’Lare said. “The legacy of the kid is what your team does.

“For her, and for the rest of her life, she can say she led her team to a WPIAL championship. Who knows what happens next.”

McCutcheon missed 22 games last year because of a posterior cruciate ligament tear on the first play of the team’s first scrimmage last season. She played in just one game, a playoff loss to Washington.

“As a scorer and a shooter, it’s the trust that she gained in her teammates,” O’Lare said of McCutcheon’s biggest improvement throughout the year. “Sometimes when you’re a player like she is, it’s hard to trust your teammates. But her greatest asset was giving the ball to her teammates.

“I can’t imagine missing an entire season. She worked so hard. She was ready to come back. To come back out there and work with the players she had, it was more about working with them and winning. She was a big part of that.”

McCutcheon also averaged six rebounds and 2.9 assists a game. She also was 66 of 79 from the foul line (83.5 percent), while burying a school-record 91 3-pointers.

“She gets her hands on everything and she anticipates everything very well. She’s not just a shooter.”

O’Lare noted what McCutcheon’s departure to college will mean for the team.

“You kind of raise them. She’s been in our program since she was in kindergarten,” O’Lare said. “She’s a self-made kid.

“I’ve never seen her have a bad day. She’s always positive and she’s always smiling. That’s just infectious. Kids see that and it rubs off. Other young kids wants to be like Karly.”

Lape, a 5-5 junior guard, paced the Lady Warriors in scoring with 18.1 points a game to repeat as a first-team selection.

“Nadia had a great year,” O’Lare said. “This year, the one thing that jumps out is her turnover numbers were way down. She had the least amount of turnovers on the team.

“As a junior, when you settle in, she just looked comfortable out there.”

“She has a great ability to shoot the ball,” O’Lare said of Lape. “She made somewhere in the 20s last year for 3s. That shows what another year of growth she had.”

Julian delivered 12.9 points per game for Mohawk and 26 3-pointers.

“Paige was a huge part of our success,” O’Lare said. “She’s kind of like that swiss army knife. She does so many things well.

“I’m not sure there is a way to stop Paige. She has a lot of confidence in shooting the ball. There’s so many things she can do well.”

“She just got so much better and so much more confident this year,” O’Lare said. “She was really playing her best basketball the last three weeks.

“Paige can do so many things well. She creates so many mismatches. She has the ability to shoot, get to the rim and post you up.”

Mohawk reeled off 16-straight wins to get off to a 17-1 start. During that time, O’Lare notched his 200th career victory in his 14th season at the helm.

“We changed quite a bit from what we did last year to open the game up,” O’Lare said. “We felt they were ready.

“This was a player-led team instead of a coach-led team. We gave them some concepts and them let them go with it.”

Coaches in this section conducted their own voting.