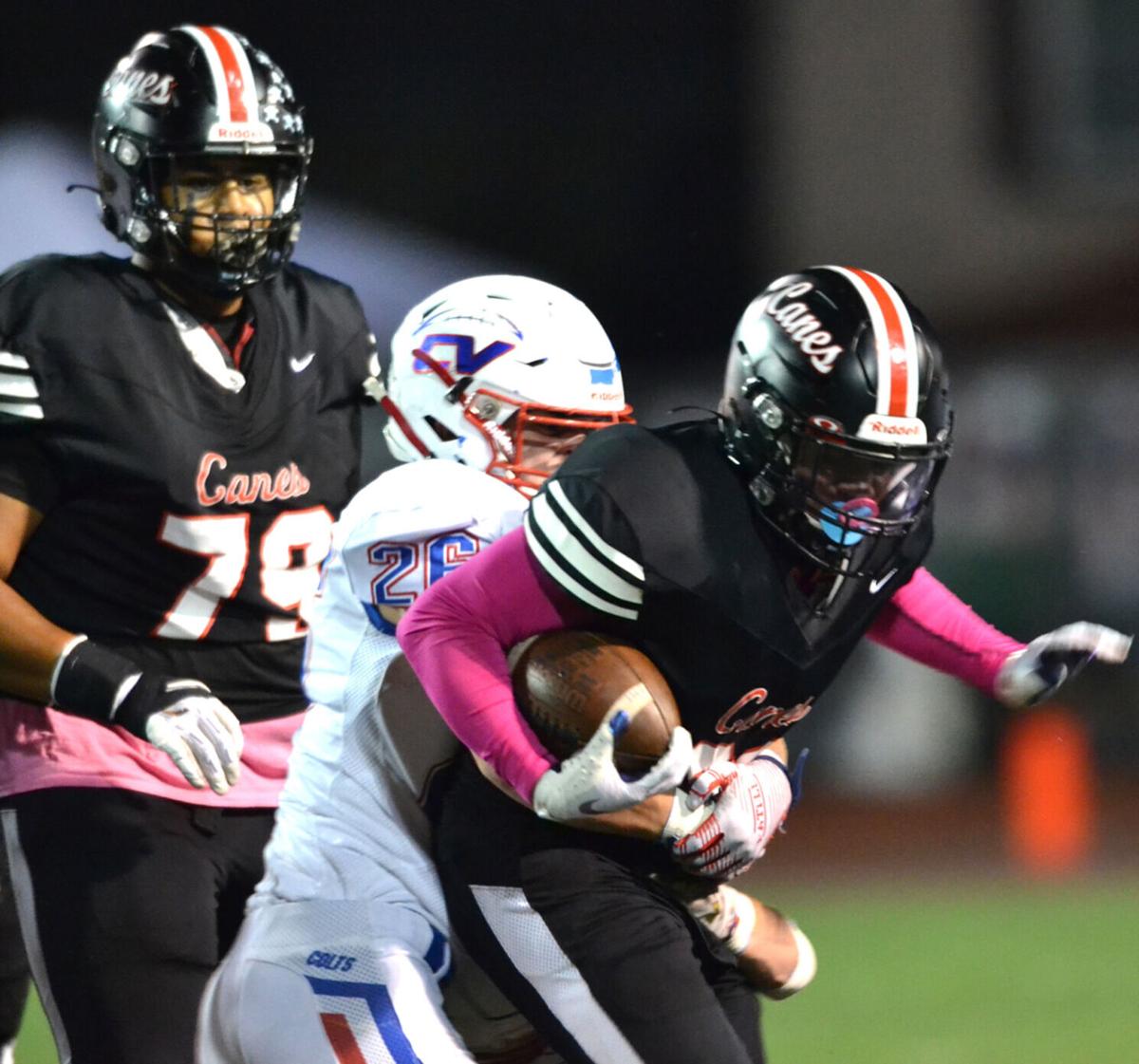 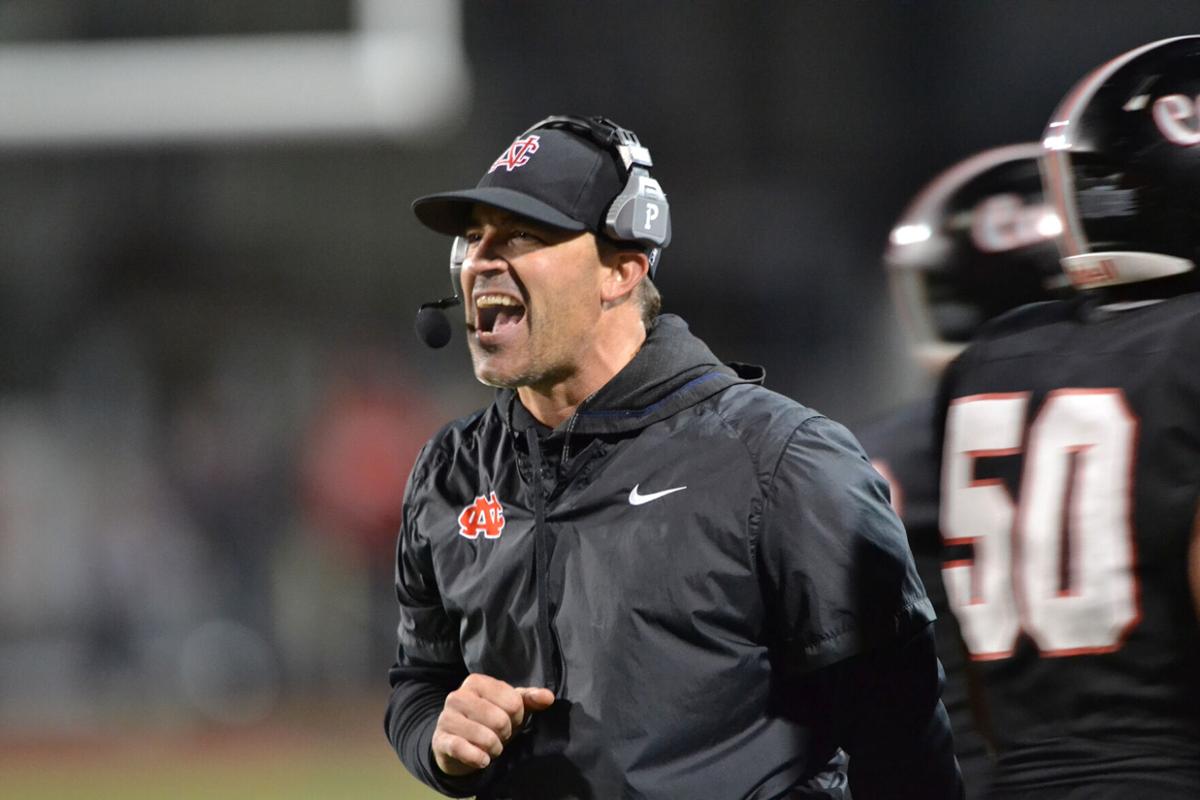 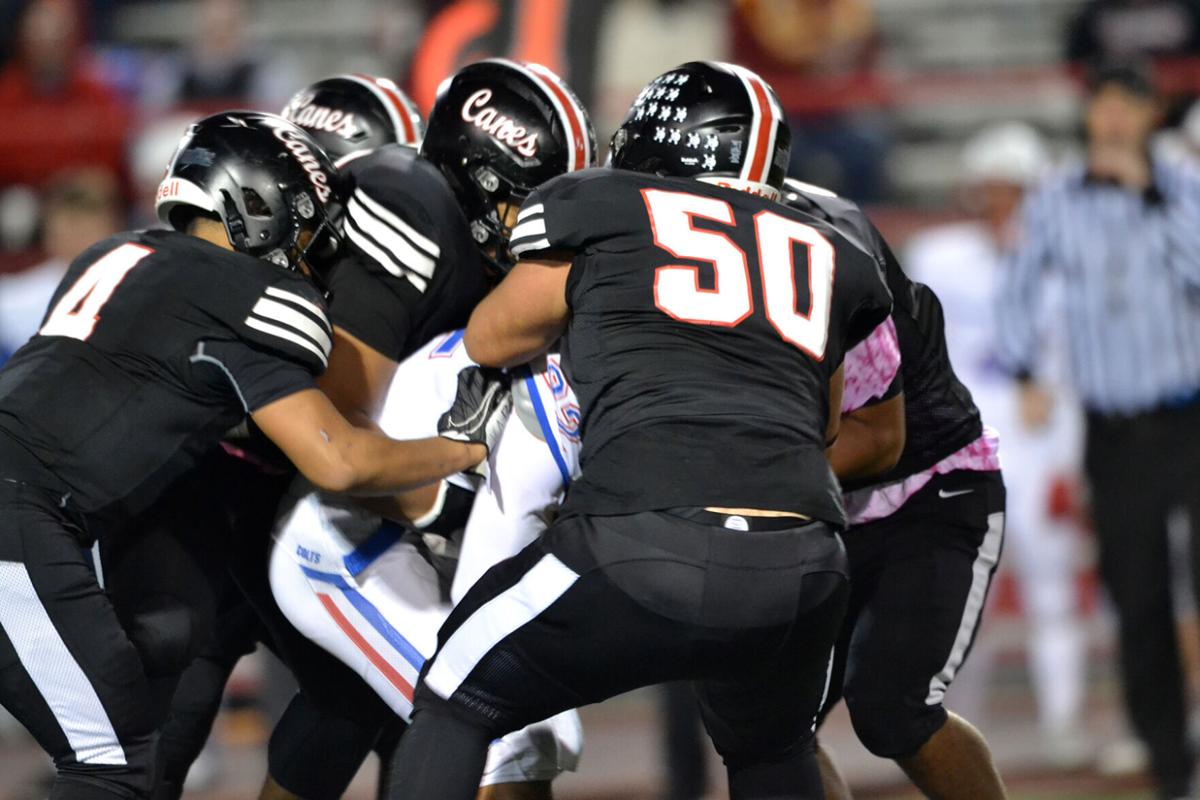 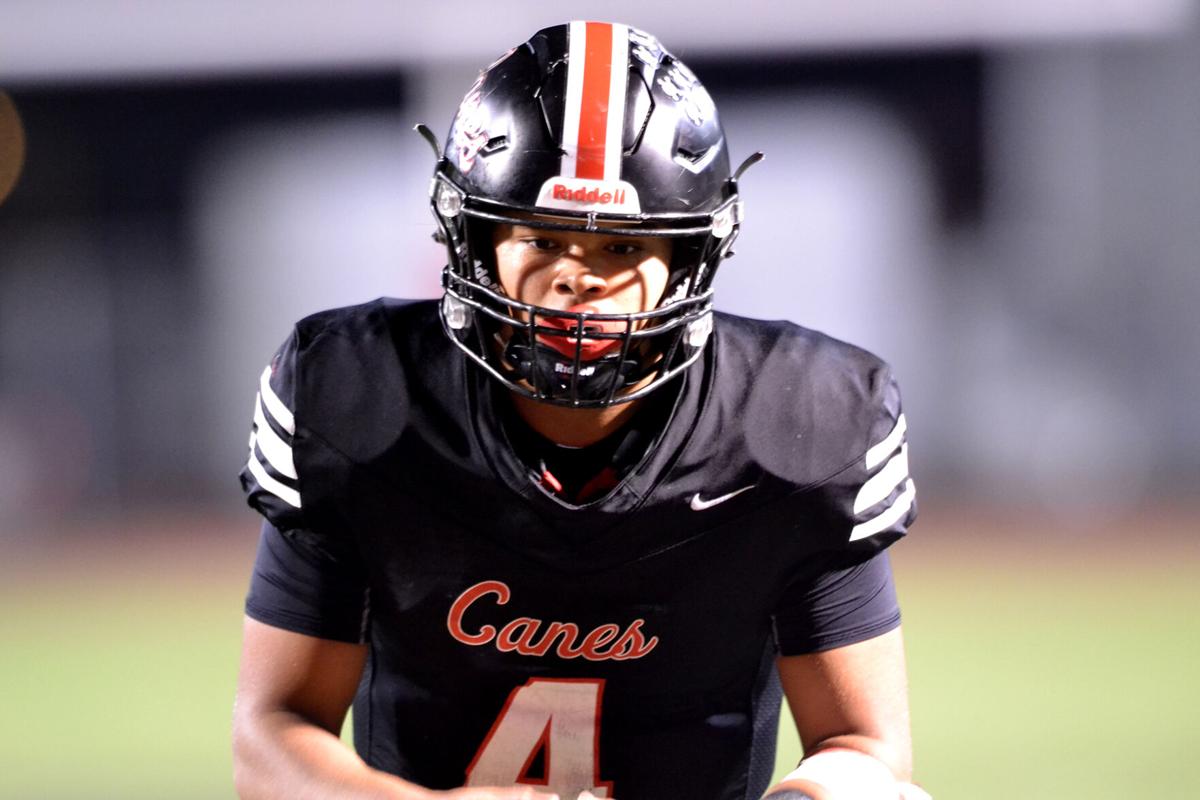 New Castle’s Chris Hood gets ready for a snap during a home game against Chartiers Valley.

New Castle’s Chris Hood gets ready for a snap during a home game against Chartiers Valley.

Next up for the Red Hurricane: a shot at a conference championship.

“It feels good. We’ve missed it. It certainly feels good,” ‘Canes coach Joe Cowart said of reaching the postseason. “I’m proud of the way the kids played tonight. The kids earned it. Those kids had a resolve about them.

“We played a really good Chartiers Valley team. We made one more play than they did and that was excellent.”

New Castle closes the regular season at 7 p.m. Friday at Aliquippa. A win gives the ‘Canes a share of the conference championship.

“They are the class of the WPIAL,” Cowart said of Aliquippa. “We have a chance to play at their place with the ability to have the same conference record as them at the end of the year. It will be a monstrous game.

“It should be an exciting game for our community. It’s a real big football game for New Castle and we fully expect to do our best to prepare for a great football team and put a great effort out there next week.”

The ‘Canes were poised to deliver the knockout punch to the Colts (1-3, 4-5) late in the fourth quarter. New Castle led 28-14 and had third-and-goal from the Chartiers Valley 2, but Hood threw an interception at the goal line to end the threat.

The conversion kick cut the deficit to 28-21. It was the second 99-yard scoring drive of the game for the visitors.

The Colts took over at New Castle’s 32. Owens was sacked on first down and his final heave on second down was batted away as time expired.

The ‘Canes trailed 7-0 at the half. The Colts got their first score on the strength of a 99-yard drive. It was set up when they stopped the hosts on a fourth-and-goal play from the 1. Hood tried to connect with Wells on a fade pattern in the left side of the end zone. Wells, though, was unable to come down with the ball and Chartiers Valley took over.

“If we throw that ball a hundred times, Mike catches it ninety-nine times,” Cowart said. “It was just one of those deals that is unfortunate.

“We trust Chris and Mike to make a play. Chris made a good throw. We trust that Mike will make that play more often than he does not. We talked about it at halftime. Mike certainly made up for it in the second half with his great play.”

Hood picked off an errant Owens aerial early in the third quarter and returned it 30 yards for a score.

Angel Porras’ point after knotted the count at 7.

“We already saw that coming,” Hood said of the pass. “Early on in the first half, they ran that same play and I could have been there and got the pick. I ended up making it in the second half.”

Said Cowart, “Chris’ pick was excellent. We were compromised with some of the things we were doing defensively. We talked about it at halftime. It wasn’t a major adjustment that we made. We just told them to be aware of this. Chris read it and made a great play. He made a move on the quarterback and finished it. What a great way to finish the play. He ran through a tackle and got into the end zone. It was a big momentum swing there.”

Hood then connected with Wells on a 44-yard touchdown pass later in the third period. He found Wells on a quick screen along the sideline and he raced in for the score.

Wells added a 32-yard touchdown tote in the fourth quarter.

“Mike had the cast on most of the year,” Cowart said of his star player who missed a couple of games with a broken hand. “He’s playing the best he can with one hand.

“In the last two weeks with both hands available, he looks like a different guy. He gives us some different threats, on both sides of the ball. Mike made monstrous plays at wide receiver and running back. He’s a Swiss Army knife, as is Chris (Hood). Those two guys are multiple threats on the offensive side.”

Hood had a five-yard touchdown run as well.

Cowart was pleased with the defensive performance from his squad.

“We can swarm and be suffocating at times. But, we have these lulls where we give up some plays,” Cowart said. “They had a 99-yard drive in the first half. We’re close to where we want to be. They’re keeping us in football games, over and over again. We’re proud of how they’re playing, for sure.”