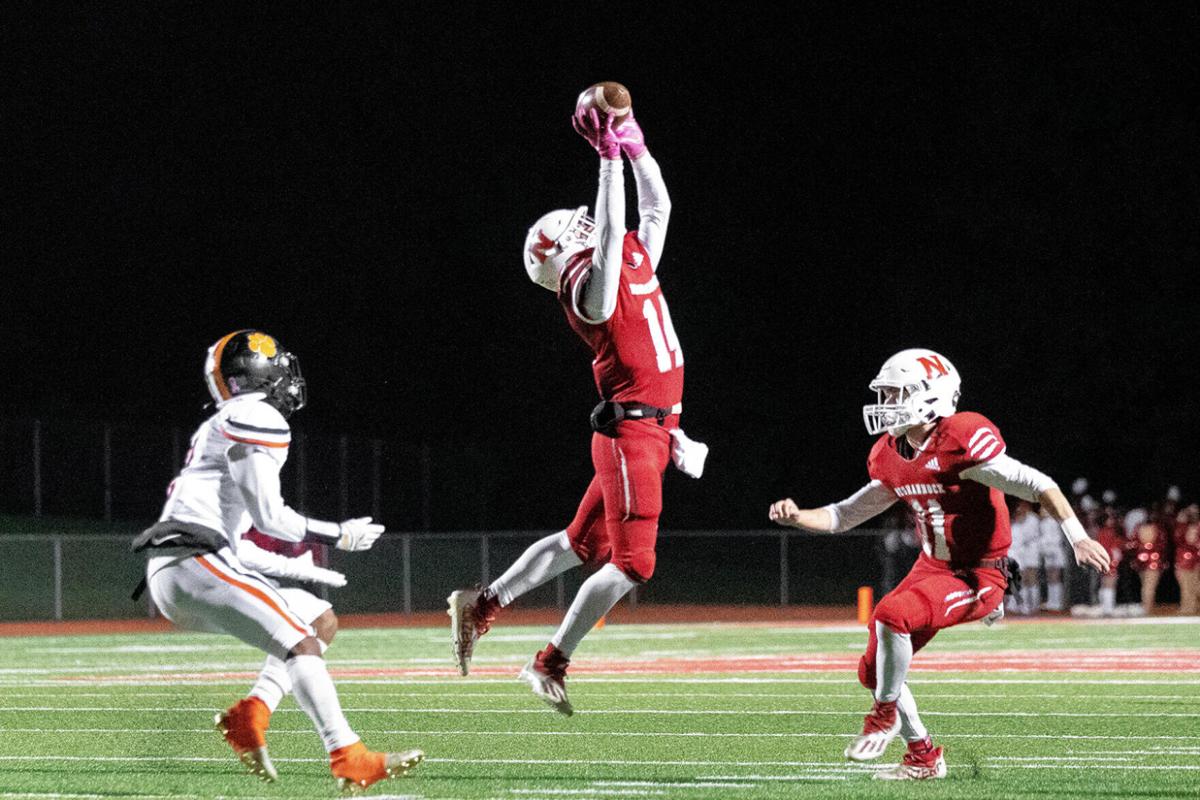 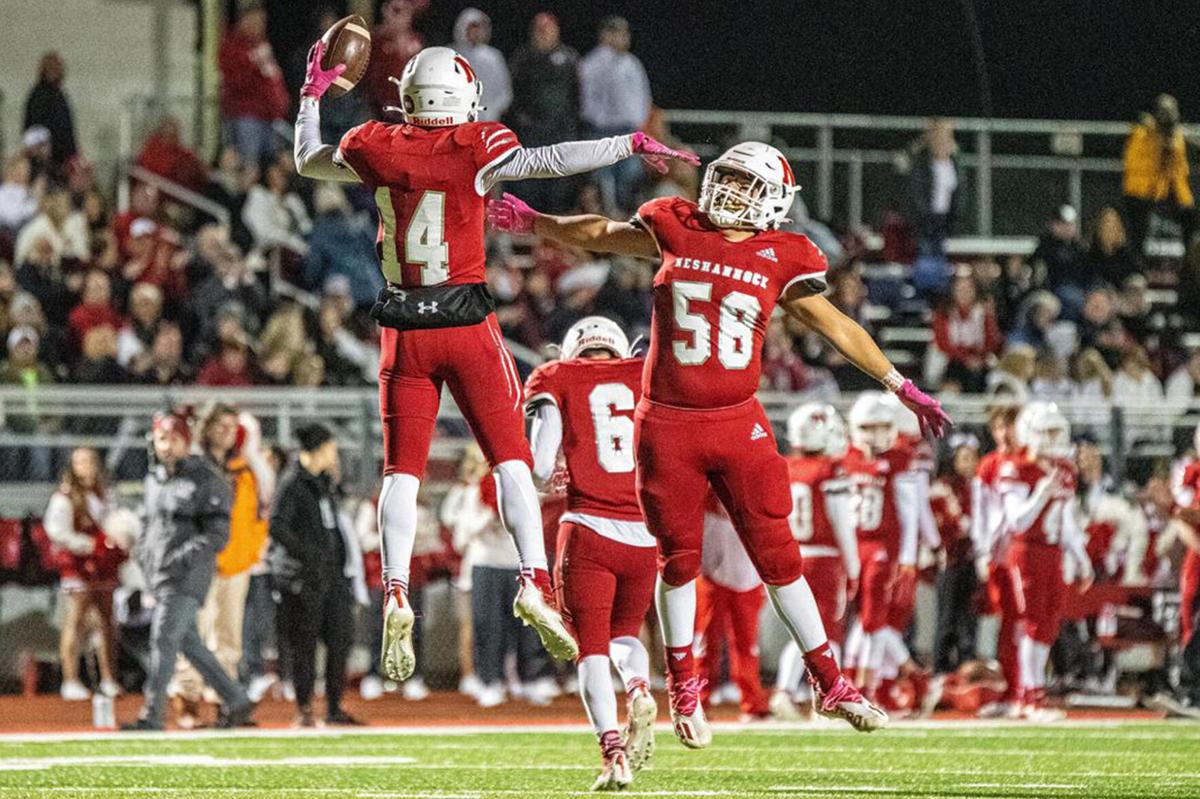 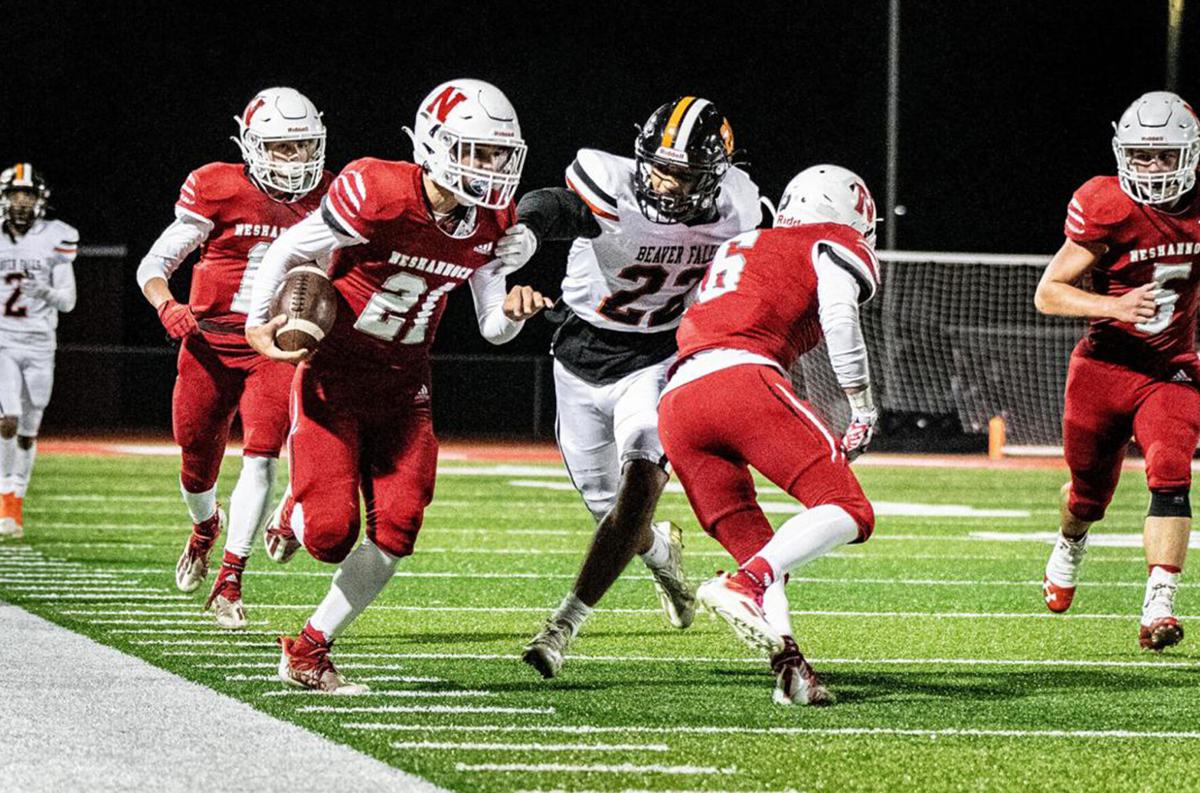 Neshannock's Braden Huff runs up the sideline after intercepting a pass. 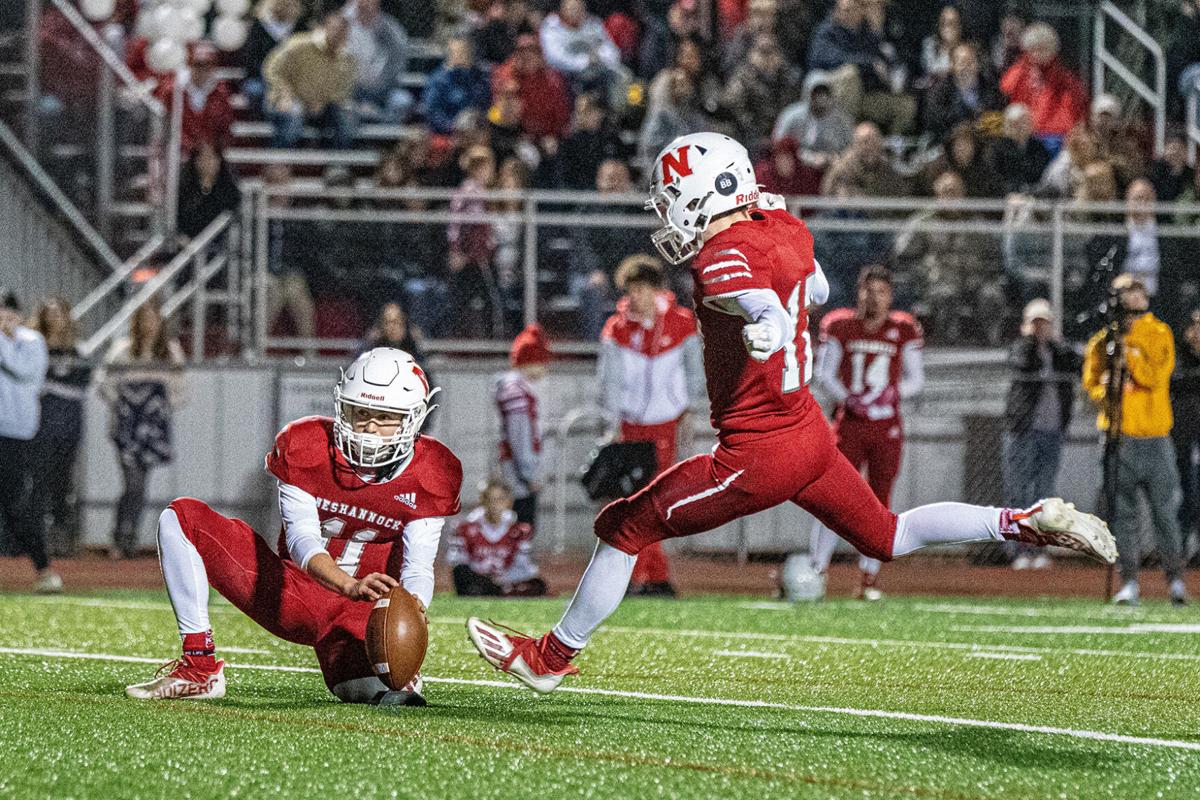 Neshannock's Braden Huff runs up the sideline after intercepting a pass.

Beaver Falls stormed back from a 17-point deficit in the third quarter to stun the Lancers, 28-23, in a WPIAL Class 2A Midwestern Conference clash at Bob Bleggi Stadium.

“We lost a tough game,” Neshannock coach Fred Mozzocio said. “It is what it is.”

Despite dropping its conference opener at Mohawk, Neshannock (4-2 conference, 7-2 overall) roared back with four straight wins to position itself to challenge Laurel for a share of the conference crown. It just needed to beat the Tigers (5-1, 5-3) and beat the Spartans next week on the road.

Beaver Falls, though, is riding a hot streak of its own. After opening the year slow, the Tigers have surged to claim their last five. Now, their title hopes are still intact. Beaver Falls must beat Riverside next week and hope Neshannock wins at Laurel.

“We’ve been down in other games this year, but I have never seen that much fight out of them. I am proud of the way they’ve come together,” said Beaver Falls coach Nick Nardone, an Ellwood City Lincoln graduate. “There have been times here, in years past, where we get down to a team we feel we’re better than and we kind of let things get out of hand. Tonight, they stuck together. There was some adversity. In the end, they fought through it as a team. We had guys step up in crucial moments to make plays. I can’t be more satisfied being down 17 in the third and coming back. I am just so proud of them.”

Beaver Falls scored on its first possession, but it was all Lancers for the rest of the first half. Kurt Sommerfeld strolled into the end zone on two long quarterback keepers and Carter DeVivo booted a 31-yard field goal to put the hosts up, 16-6, at intermission.

The Lancers added to their lead in the third quarter. After Sommerfeld found Matthew Ioanilli for a 30-yard pass on a fourth-down play, the quarterback added his third rushing TD of the evening and gave Neshannock a 23-6 edge with 7:24 left in the stanza.

However, Beaver Falls responded and scored a late touchdown and added the 2-point conversion for a 23-14 deficit. The Lancers drove deep into Tigers territory early in the fourth quarter, but turned the ball over on downs. The guests responded with an 82-yard touchdown drive to make it a 23-22 game with 5:31 left.

The Tigers’ defense stifled Neshannock again and forced a punt. Five plays later, Jaren Brickner fired a 35-yard scoring strike to a wide-open Mekhi Clark for a 28-23 edge with 1:31 to go.

“Their quarterback got out of the pocket on the play and the kids probably thought he was going to run the ball and they bit up a little bit and their guy got behind us,” Mozzocio said.

The Lancers had the ball for a final possession but turned it over on downs with 58 seconds to play.

Before the game, there was a moment of silence to honor Bob Bleggi, a longtime teacher, coach and athletic director at Neshannock, who passed away Thursday.