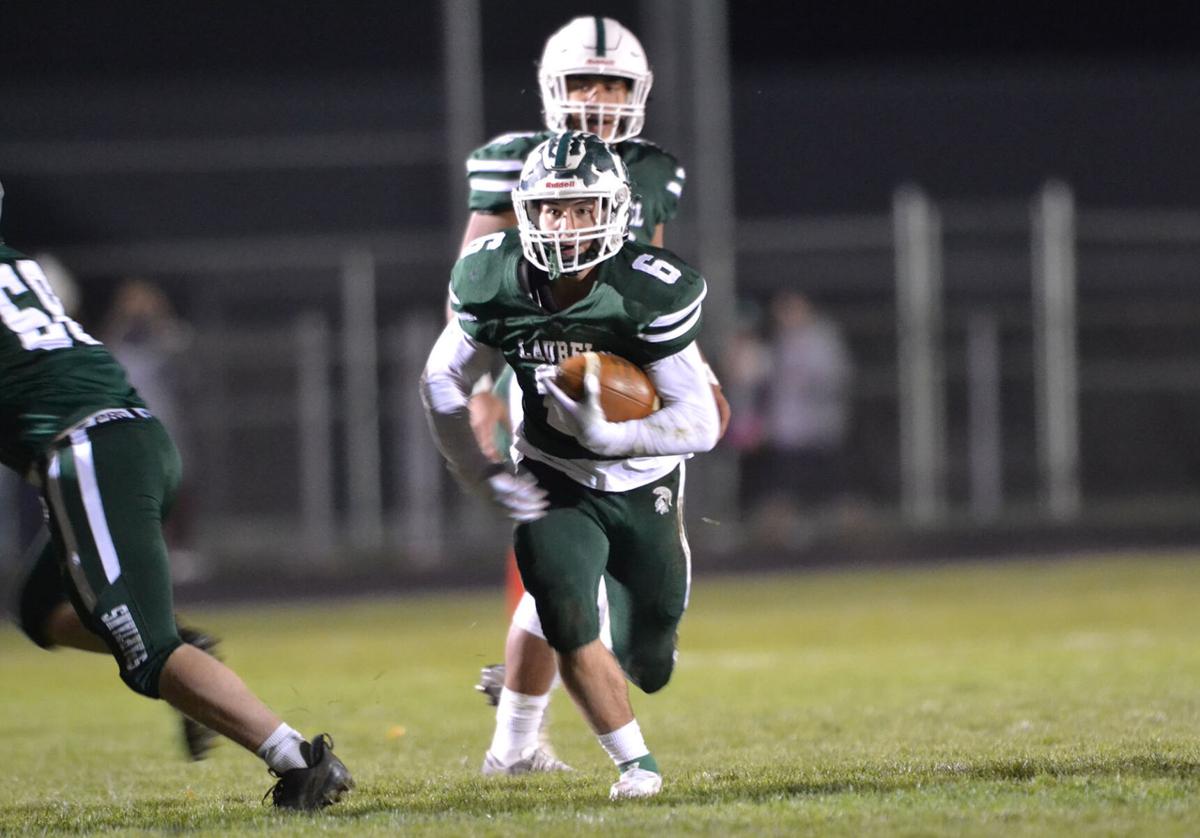 Laurel’s Luke McCoy, left, shown here running against McGuffey in the WPIAL Class 2A playoffs, and New Castle’s Chris Hood, right, shown here sprinting toward the end zone against Montour, both excelled on the gridiron this season for their respective team and put together seasons to remember. 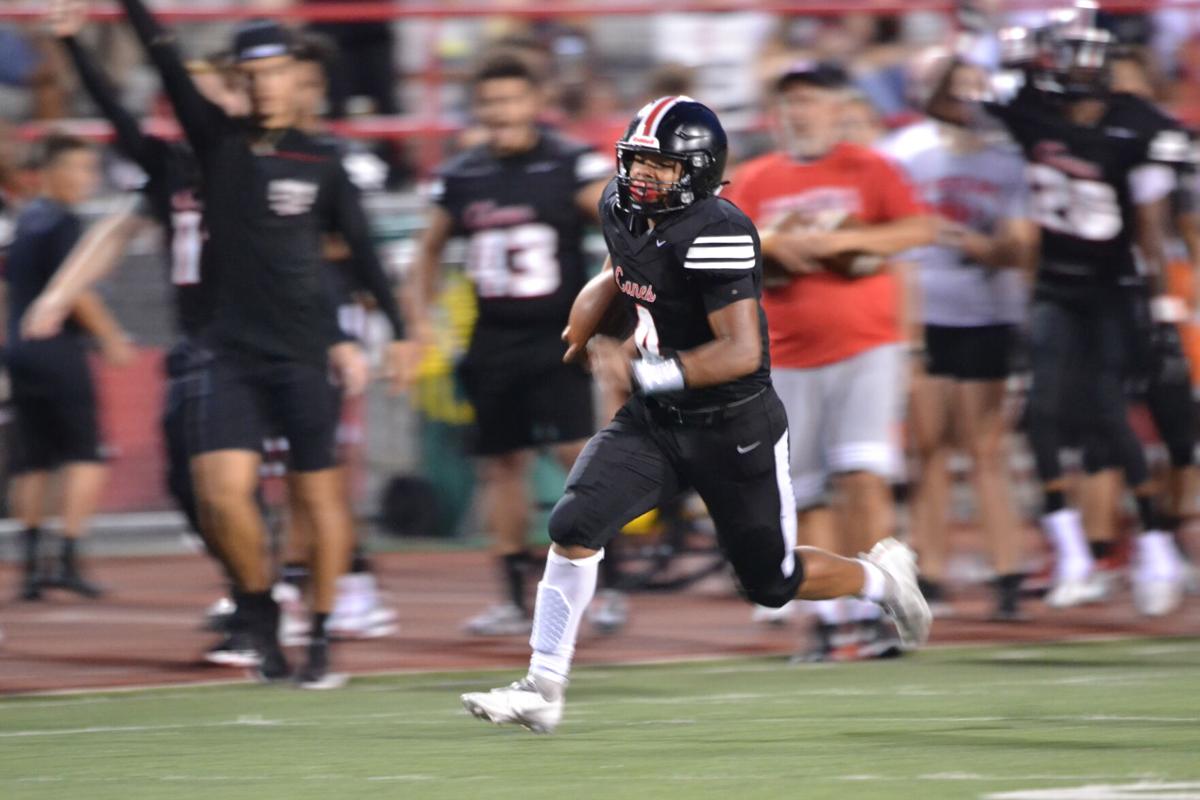 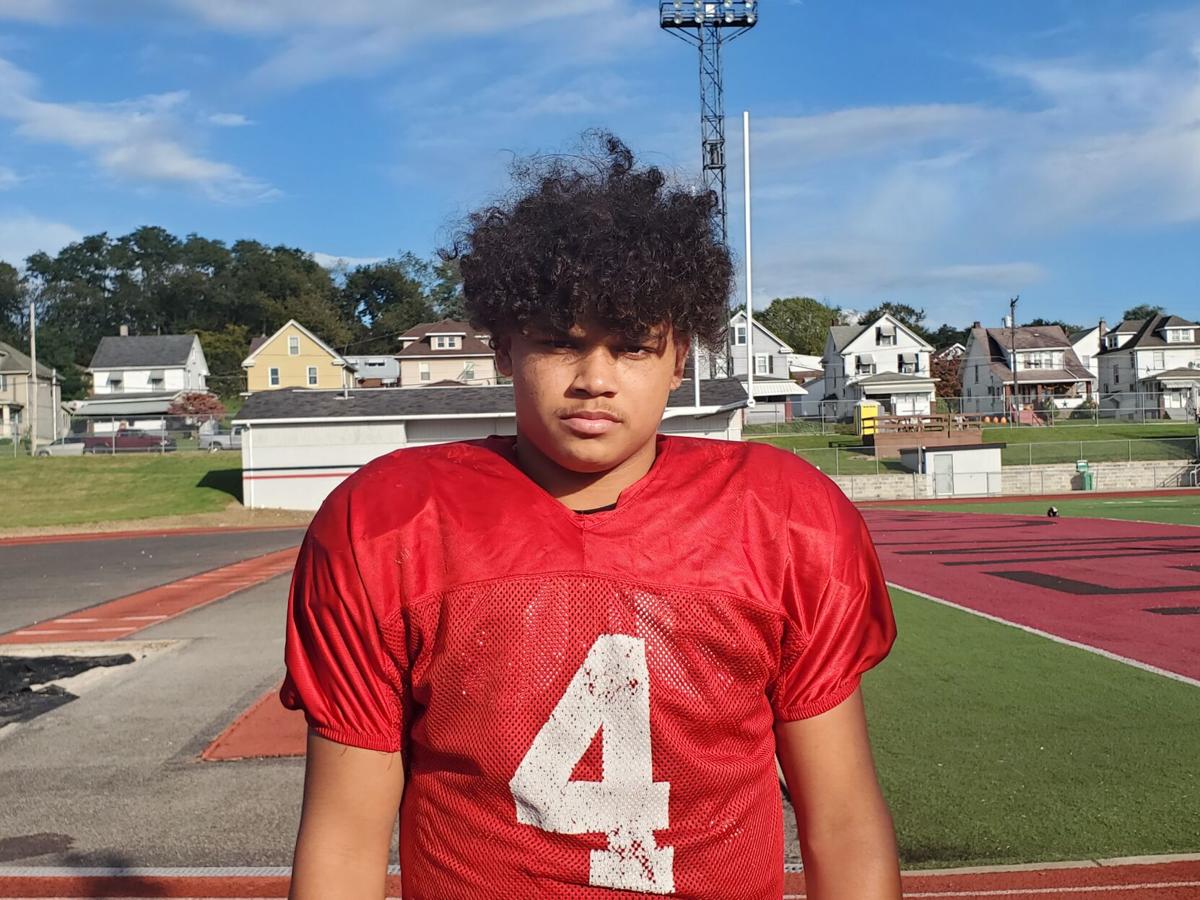 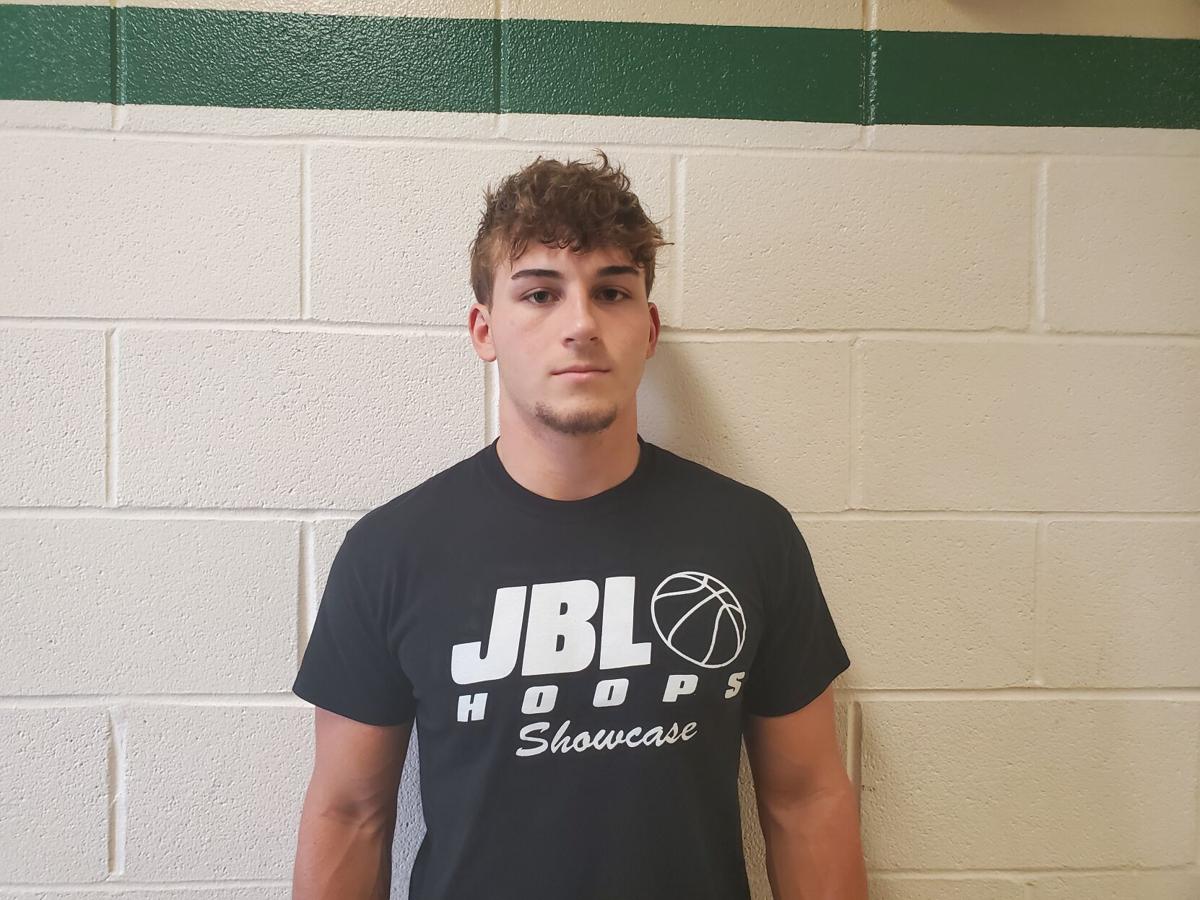 Laurel’s Luke McCoy, left, shown here running against McGuffey in the WPIAL Class 2A playoffs, and New Castle’s Chris Hood, right, shown here sprinting toward the end zone against Montour, both excelled on the gridiron this season for their respective team and put together seasons to remember.

Two seniors around Lawrence County stood tall this season on the football field.

New Castle High’s Chris Hood and Laurel’s Luke McCoy helped propel their teams to their respective WPIAL quarterfinals, while also leaving their mark on the field for their respective teams in their final seasons.

Hood was able to accumulate a total of 2,402 combined yards from passing and rushing. McCoy broke several records held at Laurel this season.

“I think Chris Hood had a season unlike everyone that’s ever played in New Castle High School,” New Castle coach Joe Cowart said. “We have a glorious tradition of athletic excellence and Chris has put himself in rarified air with the accomplishments he gained this year on the football field, he had an elite-level season.”

This was Hood’s first season as a starting quarterback for the ‘Canes (7-5). Hood helped take New Castle all the way to the WPIAL Class 4A quarterfinals before losing to Belle Vernon (9-0).

“When you got a guy like Chris or anybody you want them to be theirselves and Chris at his core is a ball player and he’s shown to be excellent on whatever position you put him on the field,” Cowart said. “The quarterback touches every snap and the more he touches it the better.”

Hood suffered an injury his sophomore season and was able to return to the field his junior year and he was utilized in may different ways.

“He played every position in the books for us,” Cowart said. “We were able to use him in a different way years ago and he got it going this year.”

This season alone, Hood threw the ball 181 times with 91 completions made for 1,338 passing yards. Hood also was able to carry the pigskin for 1,064 rushing yards.

“Chris is a great leader he’s tough, smart and dependable, those are the greatest qualities in a leader you can have, Chris was incredibly tough and wouldn’t back down from anything,” Cowart said. “He is our most dependable and reliable guy, if we needed a play we could call and lean on Chris.

“We depended on him to be in the weight room and leading the troops in that regard.”

Hood looks forward to playing football at the collegiate level after graduation and will be fielding offers the remainder of the school year, according to Cowart.

“There are guys that when they leave will forever leave a mark on the program and I think Chris has certainly left his thumbprint on our program,” Cowart said. “When you see guys like Chris come through your program and are a little underestimated and they show up and do things quietly and with a toughness and a grit, those are the things Chris will leave behind...he did all his talking with his shoulder pads and helmet.

“If there was ever any doubts, Chris would prove you wrong in a hurry.”

Laurel’s running back McCoy shared a parallel in his football career with Hood. McCoy also suffered an injury sidelining him in his sophomore season.

“Just the records he broke alone, one of the few running backs to go over 4,000 yards and after suffering an injury his sophomore season he truly took it to the next level,” Laurel coach Brian Cooper said. “He has an amazing skill set and it definitely showed in the way he ran.”

McCoy was able to break a total of six records in his final season for Laurel High. In his overall career McCoy holds the record for 63 touchdowns made.

“His ability to make the big play both offensively and defensively, he always made those big plays for you,” Cooper said. “To me they call them splash plays, his ability to make those is unmatched by any other player I coached...the other part is consistency, he tore his ACL his sophomore year, but other than that he didn’t miss. It says a lot about his durability.

“He was someone that was dependable but really it was big plays and critical moments.”

The Spartans had McCoy carry the ball 161 times his senior season and went for a total of 1,803 rushing yards. McCoy also was able to make seven catches for 119 yards and scored a record-setting 31 touchdowns as a senior.

“There’s a lightheartedness to him, but when it’s practice or the game there’s definitely a different gear to him,” Cooper said. “His personality, definitely, I always enjoyed coaching him there was never a dull moment.”

McCoy would carry the ball 423 times and gain 4,005 rushing yards in his career for the Spartans. The Spartans would come up short in the WPIAL Class 2A quarterfinal-round matchup against Serra Catholic, 6-0, but not before McCoy would set another record for most rushing yards in a career at Laurel.

McCoy also was able to have the most rushing yards in a season with 161 carries going for 1,803 yards, breaking Laurel’s previous record of 1,537 yards.

“He has the skill set and the understanding of the game, and the maturity of the game has developed big time,” Cooper said.

Aside from his running game, McCoy went on to break the record for most points scored in a season at 186 points for his senior year. McCoy also broke the previous record of 246 points scored in a career, putting 390 points on the scoreboard for Laurel in his overall time playing.

McCoy looks forward to either playing football or baseball in college after graduation, according to Cooper.

“Any college that gets him will be lucky to have him,” Cooper said. “He’s one hell of a football player and they’d be lucky to get him, the things he does you can’t teach people.

“He’s got the rare instincts that you probably happen to see a few times in your lifetime.”