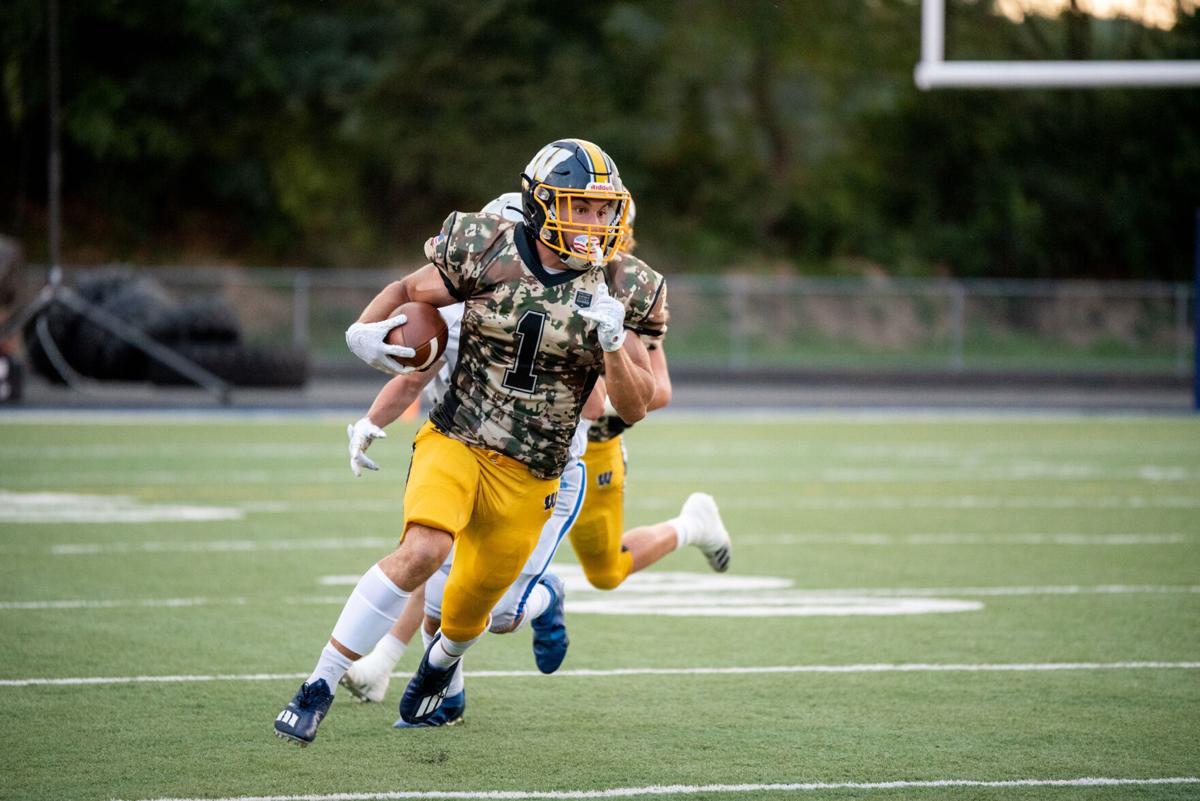 Wilmington’s Luke Edwards is shown here running the ball against Reynolds in the season opener. Edwards paces the Greyhounds in rushing with 1,044 yards on 116 carries with 21 touchdowns. 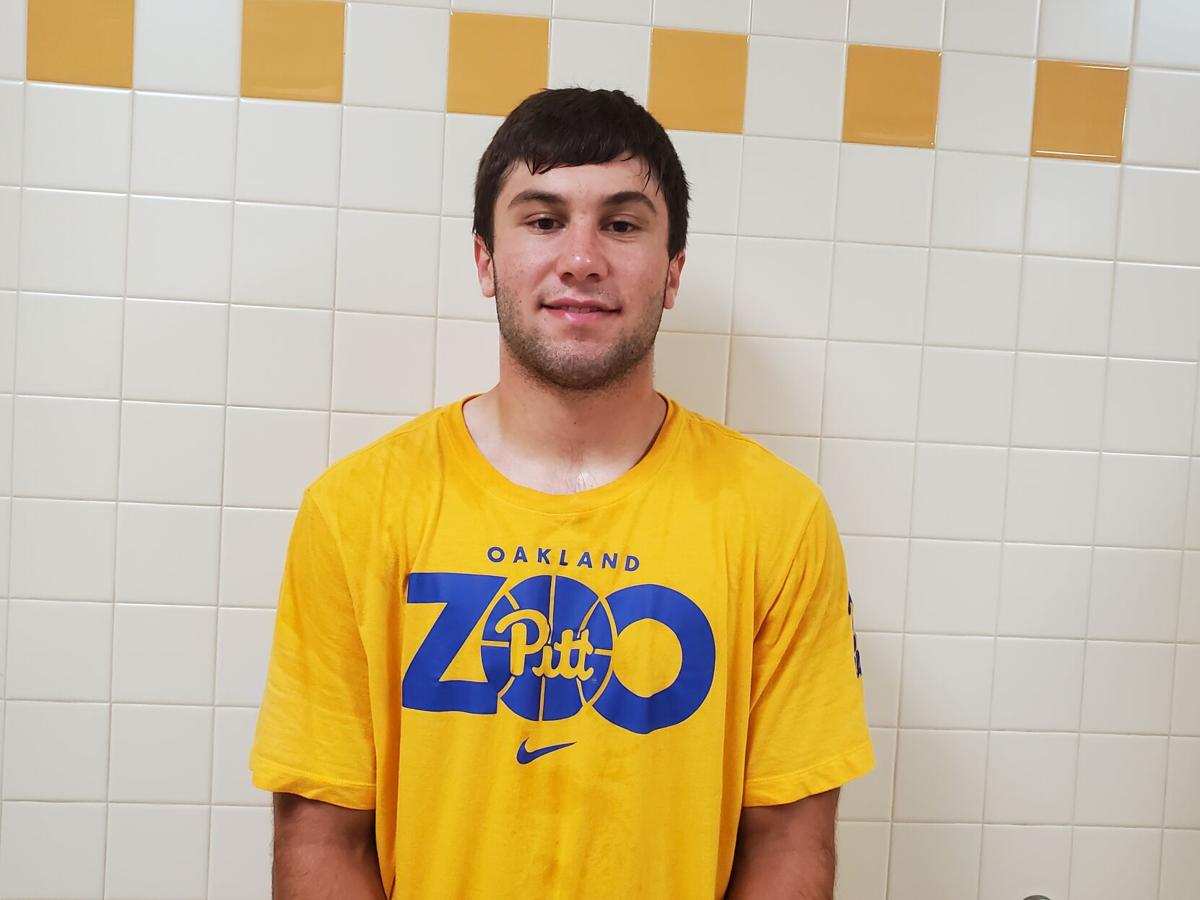 Wilmington’s Luke Edwards is shown here running the ball against Reynolds in the season opener. Edwards paces the Greyhounds in rushing with 1,044 yards on 116 carries with 21 touchdowns.

The Greyhounds finished with a 10-1 record, claiming their fifth consecutive District 10, Class 2A title and a third berth in the PIAA championship game in the last four years in 2020.

Three of those players were Wilmington’s top rushers from a season ago, including Ethan Susen, who led Lawrence County with 1,402 yards on the ground.

How would the departures to graduation affect the Greyhounds this year on the field? Luke Edwards provided a statement answer Friday night.

Edwards rushed for 150 yards on 11 carries with three touchdowns in a 50-0 Wilmington win over Reynolds in a District 10, Region 1-1A/2A matchup. The Raiders won the District 10, Class 1A title last year and lost just once — to Jeannette in the state semifinals.

“I thought Luke had a great performance on both sides of the football,” Greyhounds coach Brandon Phillian said. “He was very efficient running the ball in the first half. He has great vision and he saw the holes.

“He was taking what was there and gaining yards after contact. As he got more carries, the yards after contact became more and more. It was exciting to see him break loose. To see him break off the long run in the second half, he was able to break a tackle. He really kicked it into another gear. He broke away from the defense. That touchdown ultimately put the game away for us. It speaks volumes.”

For his efforts, Edwards was named the Lawrence County Athlete of the Week, as voted on by the New Castle News sports staff.

“I think it was all just the coaching staff putting me in position to make plays and the offensive line doing their job,” Edwards said. “I think the play of the line is the most important part of the game. They open up the holes for me. I can’t do anything without them.

“They get better every week and they did a great job Friday night.”

Edwards is a 6-foot, 200-pound senior running back/safety. He said he plans to try and attend a four-year college and play football at the next level. He is still in the decision process for selecting a school.

A son of Earl and Celann Edwards, Luke Edwards ranked 11th in the county in rushing last season with 364 yards on 39 attempts. The 364 yards was good for fourth on the team’s rushing list in 2020. All three of the players with more yardage than Edwards graduated. Edwards also scored eight touchdowns as well.

“I think I will get an increased role,” Edwards said of his play this year. “Every opportunity the coach puts me in I’m going to do the best I can with it. I do embrace it.

“I’m a bigger back and I think I can take the workload every week and get more carries.”

Said Phillian, “Luke is definitely going to be a focal point in the offense. Luke has a great ability to run the football. He’s a very good receiver, too. He’s very good at catching the ball. We’ll look to put the ball in his hands in many ways. To be a complete back in our offense, you not only have to run and catch, but you have to be a willing blocker. When he didn’t carry the ball (against Reynolds), his willingness to block impressed me as well.”

The matchup against Reynolds figured to be a good test for a Wilmington team that was hit so hard by graduation. And it came in region play, as well.

“I think it was a big performance for us. It gave us confidence,” Edwards said. “We just need to focus on ourselves. A lot of people were doubting us coming into the year. We just took it kind of personal.

“We thought if we could just come out here and do a great job against Reynolds, then we could really prove some people wrong.”

Edwards scored on runs of 1, 9 and 77 yards. All three of his scores came consecutively in the easy verdict.

“The 77-yarder was a toss to the left and I was going to take it to the outside,” Edwards said. “I saw an opening in the hole and I just put my head down. I thought I could make it through and I did.”

The tone for Edwards’ 2021 campaign was set in the months leading up to it, according to Phillian.

“When I look at Luke’s body of work from this offseason, Luke put in a tremendous amount of work,” he said. “I don’t believe we had anyone outwork Luke. We had a lot of guys putting in great work; it was hard work and dedication this offseason.”

Wilmington is idle this week before returning to the field at 7 p.m. Sept. 10 at Oil City.