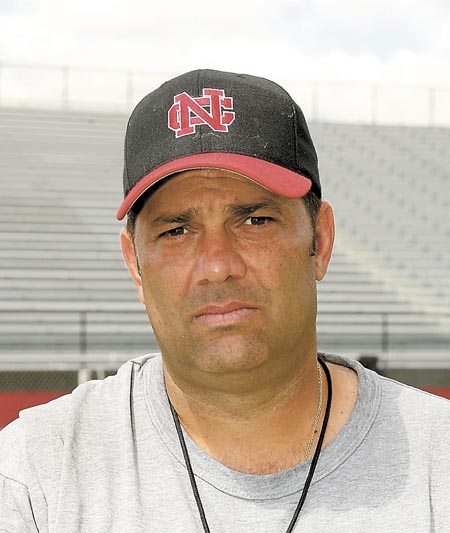 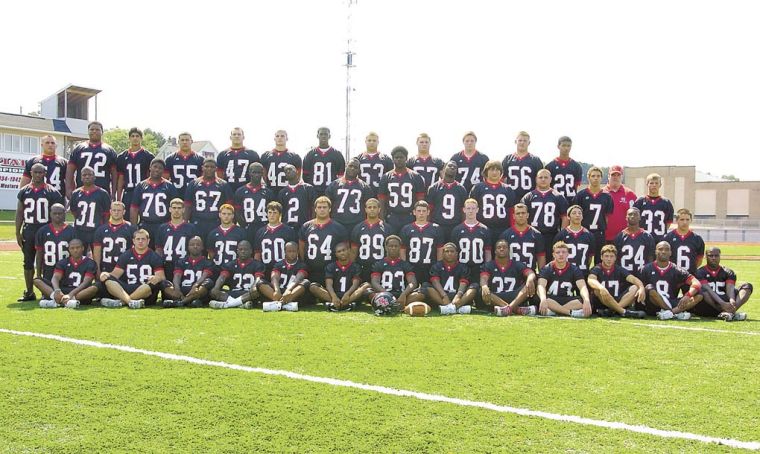 The New Castle High football team went through a growing process last year. Frank Bongivengo Jr. took over for Gary Schooley and went 3-7 in his initial campaign. Bongivengo is ready to put that first season behind and focus on this year. “The first year is always a learning experience. There was a lot of things that you have to handle and deal with as a head coach that you don’t as an assistant,” Bongivengo said. “I thought inserting my own beliefs and personality was going to be the most difficult thing to get the kids to buy into.” Bongivengo said getting the kids to buy into a new scheme is a process. “It’s always a tough sell,” he said. “Anytime you’re selling something to the kids it’s tough because they want to know that you’re going to be up front with them, they want to know that you’re going to be truthful and they want to know that you’re going to stick to your guns when you make a decision. “Hopefully this year we can reap some of those benefits as a team. That second year they have a feel for what you’re about and it becomes easier, not a lot but a little.” There will continue to be a learning curve for the Red Hurricane in the form of a new offense this year. Bongivengo has scrapped the wing-T. “We’re going to be multiple in our formations this year,” Bongivengo said. “We feel that we have some athletes and we want to get them the ball in different situations and let them run. “We got away from the wing-T and we’re going to be a little more in the spread. Then sometimes we’ll tighten it up and bring it right at them.” New Castle must replace the graduated Steven Whetzel, who played quarterback, wide receiver and defensive back. He rushed for 379 yards and threw for 117 in addition to returning one kickoff and two punts for scores. “Whetzel was an athlete,” Bongivengo said. “Everybody could see that and when he got the ball in his hands he made things happen. You don’t get a guy like Whetzel every year, it just doesn’t happen.” Whetzel’s departure leaves a void at quarterback. Junior Nick Colella, senior Joe Motto and sophomore Michael Bongivengo, the coach’s son, are locked in a battle for the starting job. “All of them have been learning and playing well,” Frank Bongivengo said. “They are doing the things we’ve asked them to do and it will come down to who we feel will give us the best opportunity to win. It may be one of them, it may be two or it may be all three.” Colella is the lone member of the trio with varsity experience, throwing for 72 yards last year. Lamar Johnson, Tim Wilkes, Maris Chandler and Marquis Wise are competing for the top job in the backfield. Johnson is the leading returning ball carrier, having rushed for 141 yards in 2005. “I think we’re going to be able to go two-deep at every position in our backfield,” Bongivengo said. “They all run well and have great speed. Some are shifty, a couple of guys run with power and all of them will be able to produce at some point.” Whoever is under center will have talent to throw to as well. “We’re going to have in our wideouts, a lot of number ones,” Bongivengo said. “They can jump, run, catch the ball and in the open field and they can make you miss.” Since going 9-2 in 2002 the ’Canes have posted three consecutive 3-7 records. “I believe we can get back to our winning ways,” Bongivengo said. “Our goals are always the same. “I’ll never set a goal that I want to win four games. I don’t believe that’s a goal. Our goal is we want to win a state championship. That’s why we come here and that’s why we do what we do. You reach for the top, there’s no sense reaching for the middle.” (A full-color poster featuring a team photo, roster and season schedule appears in the Weekend edition of The News.)