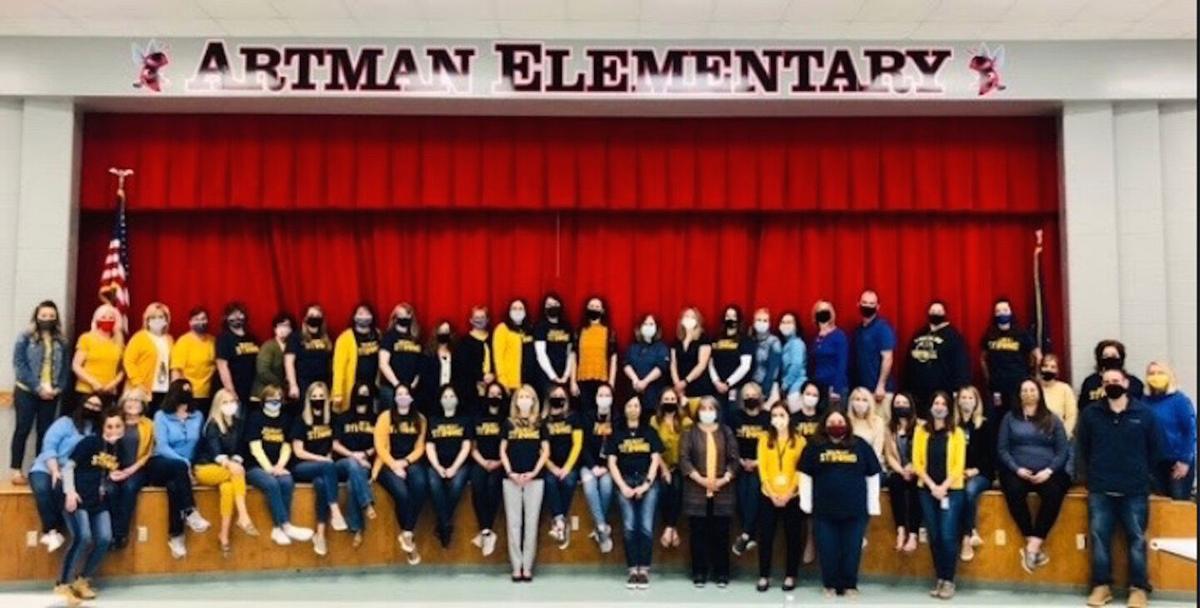 Teachers in the Artman Elementary School of the Hermitage School District sit for a photo wearing their blue and gold colors in support of Shenango High School and its superintendent, Dr. Michael Schreck. 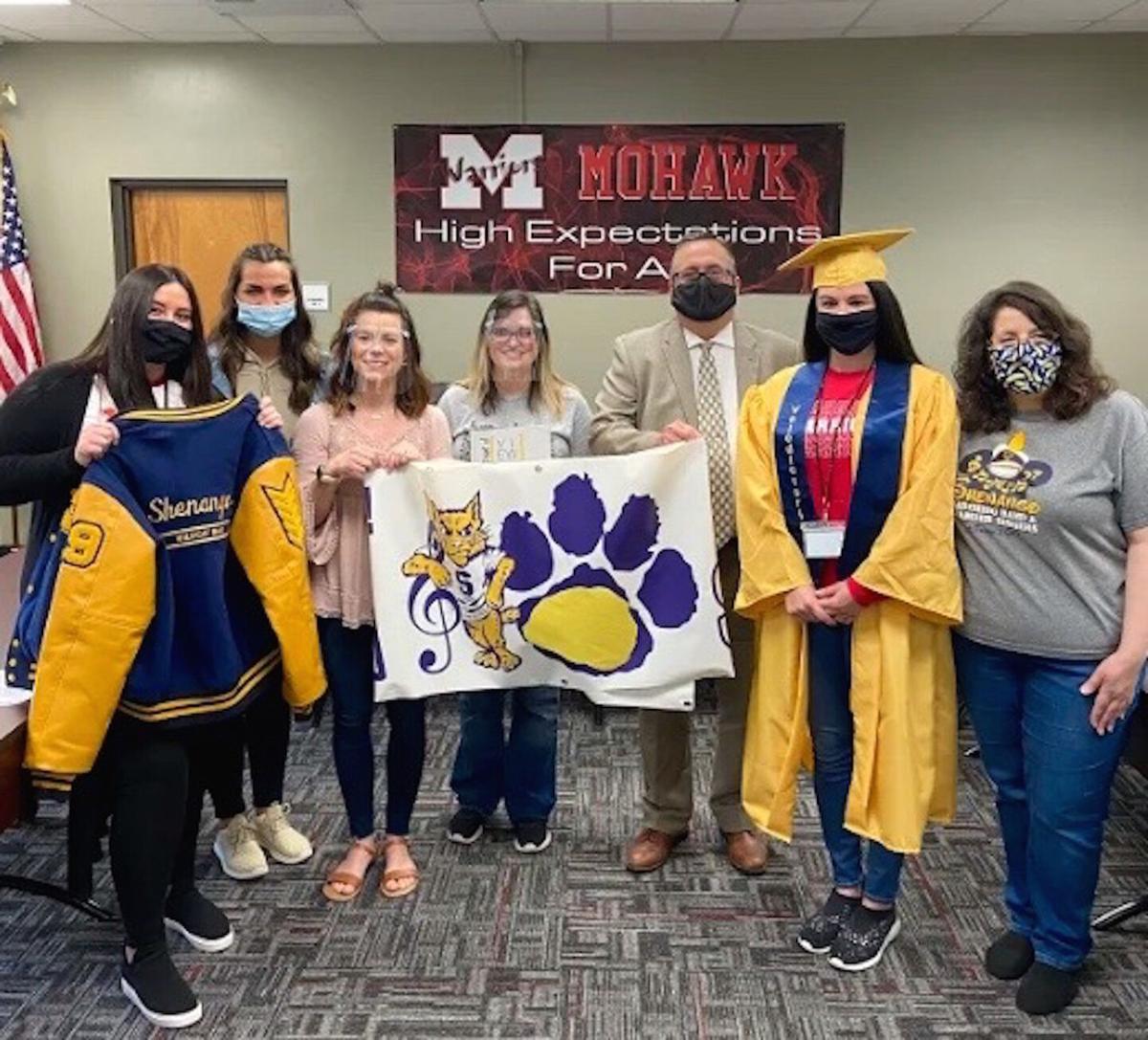 Mohawk High school faculty and administrative staff exhibit their support for Shenango by wearing the district's colors of blue and gold. 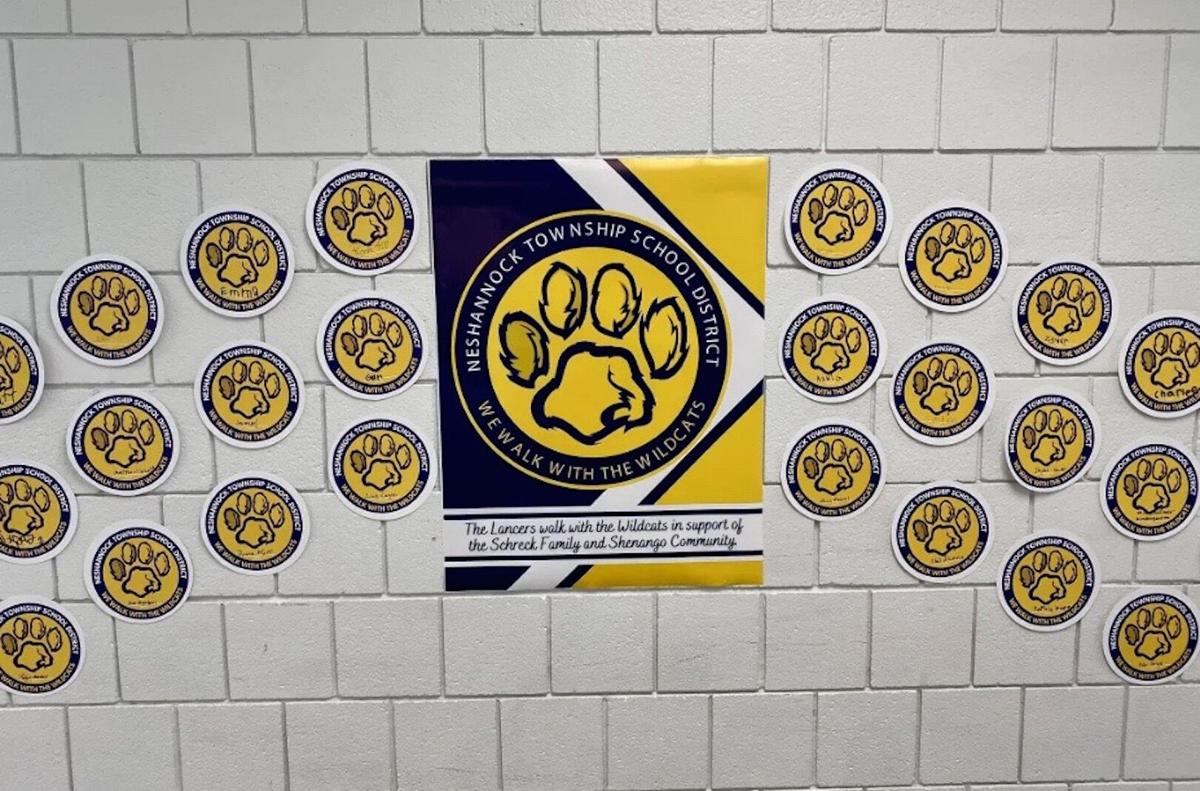 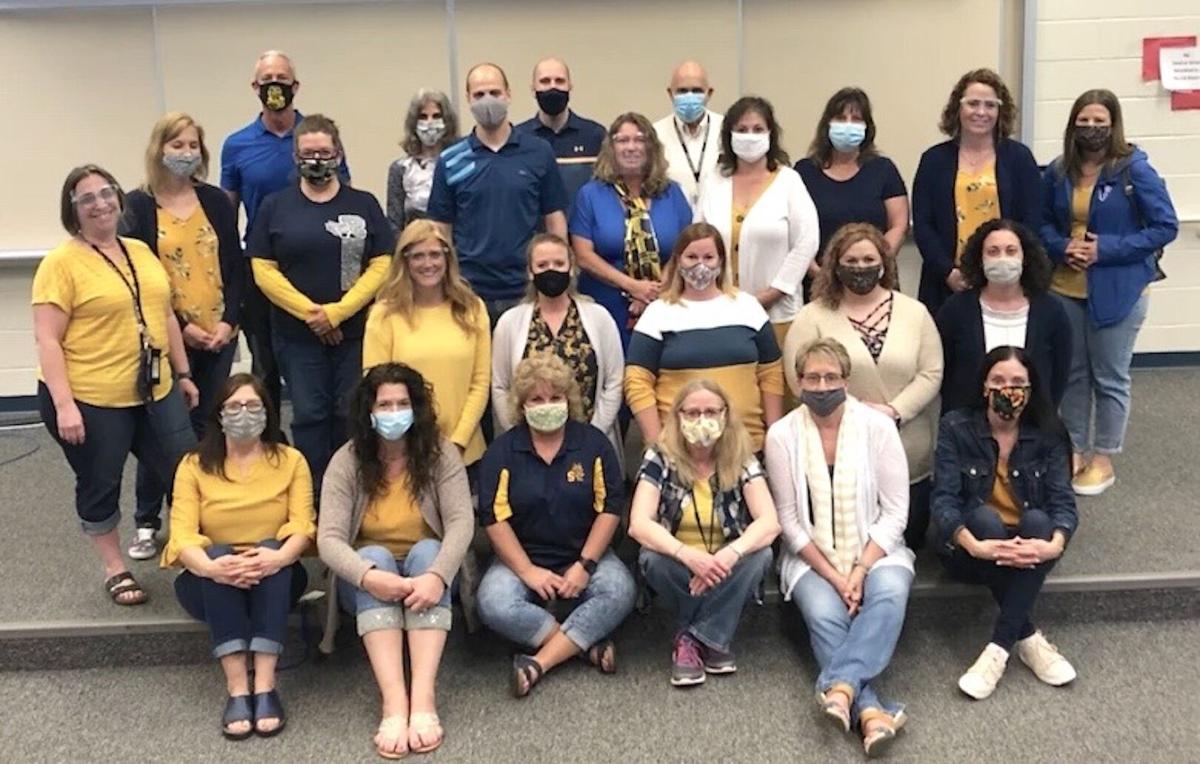 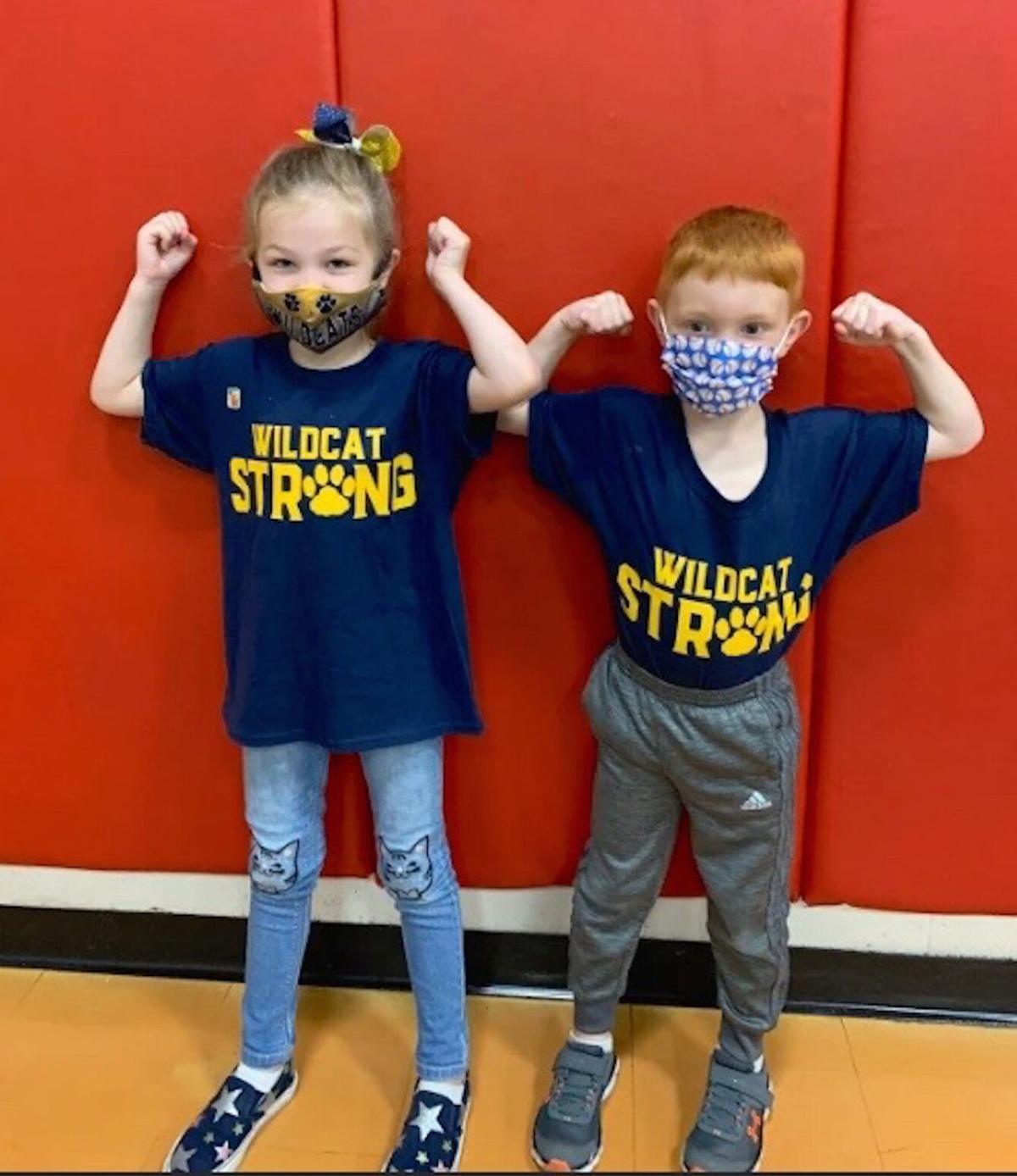 Teachers in the Artman Elementary School of the Hermitage School District sit for a photo wearing their blue and gold colors in support of Shenango High School and its superintendent, Dr. Michael Schreck.

Mohawk High school faculty and administrative staff exhibit their support for Shenango by wearing the district's colors of blue and gold.

School districts from as far away as Mercer County are "Walking with the Wildcats," showing an outpouring of generosity in a time of strife for Shenango Area School District's superintendent and his son.

Fundraisers from businesses also have contributed to their cause, staging events at their businesses to help defray medical and other expenses for Dr. Michael Schreck, 50, and his 13-year-old son, Aidan. Both are recovering from serious injuries they suffered in a traffic accident April 19 on Route 422 in Shenango Township.

"I have been incredibly impressed with the outpouring of support from the community and surrounding areas for the Schreck family," Dr. Joseph McCormick, whom the board named as Shenango's substitute superintendent in Schreck's absence.

"The other districts, in particular, have gone above and beyond to show support and show compassion across district 'rivalry' lines," said McCormick, a close friend of Schreck.

Contributions, some amounting to a few thousand dollars each, have been raised by individual schools, including Lawrence County's eight school districts, the Lawrence County Career and Technical Center, and Mercer County schools like Sharon, Farrell, Hermitage and Reynolds. Local businesses also have established fundraisers to benefit Schreck's family. Students of each of the schools also paid tribute to Schreck by dressing in Shenango's colors.

"Pretty much all of the surrounding schools participated in some form of a Blue/Gold Day," McCormick said, and many schools are selling T-shirts or "Walk with the Wildcats" paws. Fundraisers at Shenango included T-shirt and bracelet sales.

Businesses that have stepped forward are Willow and Grace Boutique at 3160 New Butler Road; Ben Franklin's Beer Barn, which offered proceeds from everyone who ordered a "Schreck Burger" on Monday and Tuesday; Big Shot Bob's restaurant and Thelma's Sports Nook in Sharpsville. Friends of the Schreck family also have donated food, landscaping, grocery shopping and transportation support.

All of the donated money is going into a charitable trust fund established at the request of Schreck’s family and is being handled by the Shenango School District's administration. Individuals or organizations seeking to donate should make checks payable to the “Michael Schreck Recovery Fund.” All contributions may be directed toward Lauren Chappell, Shenango Area School District business manager, 2501 Old Pittsburgh Road, New Castle, Pa. 16101.

The father and son initially were flown to hospital trauma units after a tractor-trailer plowed into the back of the car Schreck was driving as he was preparing to advance from a red-to-green traffic light on Route 422 at Route 388 in Shenango Township.

Township police reported that Schreck's was behind a few cars in a line that had been stopped facing east at the traffic signal. As the light turned green, the line started to slowly move. The tractor-trailer, driven by Alfred Ball, 62, of Aultman, Pennsylvania, approached the intersection from behind heading east and smashed into Schreck’s car, shoving it into a Nissan Versa hatchback SUV in front of his. The tractor-trailer driver was not injured. The accident forced the closing of Route 422 for more than six hours.

Aidan Schreck, a seventh grader at Shenango, was flown to UPMC Children’s Hospital in Pittsburgh. McCormick said Tuesday that he has been discharged from the hospital and is recovering at home.

Dr. Schreck was flown with critical injuries to St. Elizabeth's Youngstown Hospital where he underwent surgery, then he was flown to UPMC Presbyterian in Pittsburgh. Following bypass surgery for a severed carotid artery, he has been moved to a step-down unit of the hospital's intensive care unit, McCormick said. The success of the carotid artery surgery allowed doctors to proceed with other needed procedures, including the successful repair of a compound fracture in his arm, McCormick said.

"He is progressing," he said. "He's become more stable, but it's going to be a really long road of recovering and healing."