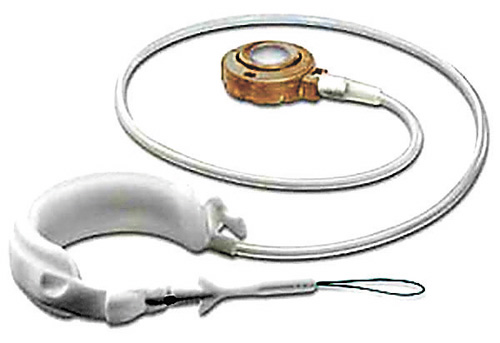 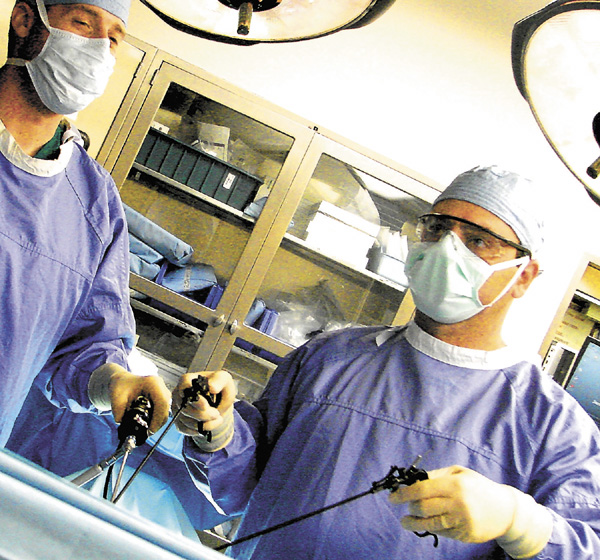 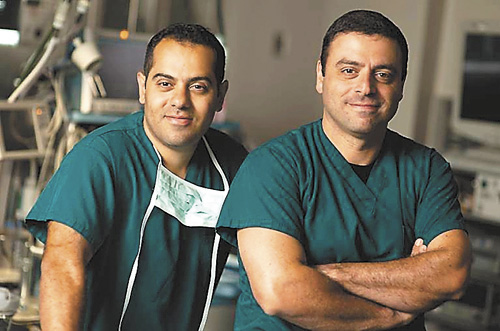 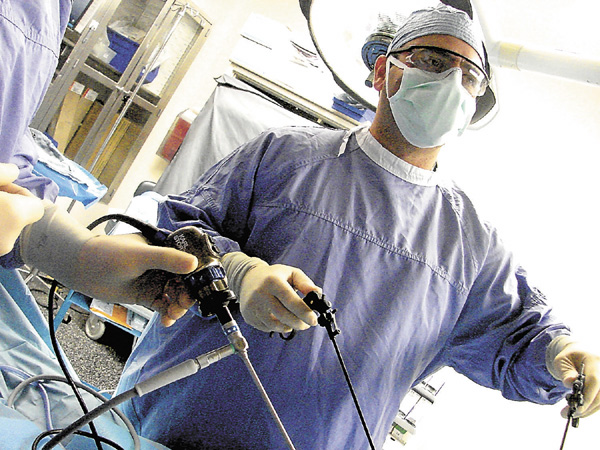 Julie, 44, who declined to use her real name, tried many diets and exercise regimes for about six years. But the weight failed to come off. At 5 feet 4 inches tall, she weighed 245 pounds.

“Every time I got out of the shower, I felt disgusted,” Julie said. “When I was younger, I was as skinny as a beanpole.”

After her parents died, she resorted to emotional eating and lost the willpower to lose weight.

Finally, after discussing options with her husband, Julie decided to pursue surgery.

Gastric bypass — an invasive technique — is still the standard protocol for some patients who are considered morbidly obese. In other cases, though, a laparoscopic adjustable gastric band can be used.

Julie’s gastric band was done in March with Hayetian, who is the only surgeon in New Castle doing the procedure.

Laparascopic gastric band requires an overnight stay as opposed to four to five days with gastric bypass. There are no scars or staples, less pain and a quicker recovery.

But to have such a procedure starts six months before with a diet plan, psychological evaluation and endoscopy. It’s also crucial that supervised diet, exercise and behavior modification haven’t worked.

Hayetian pointed out that banding surgery is not for everyone and isn’t a magic solution.

“It’s a pretty extensive process but I discuss with them that banding is a weight loss tool and not a quick fix,” Rashid-Nebel said.

“I was bound and determined to have it done,” Julie said, noting she returned to work a week later.

The best candidates have a body mass index of at least 40, or have a BMI of at least 35 with a serious obesity-related condition such as diabetes, sleep apnea or high blood pressure, Hayetian affirmed.

Julie’s BMI was 42 and she had high blood pressure, which made her a good candidate.

The procedure takes about 40 minutes to one hour and is comparable to laparoscopic gall bladder surgery, Hayetian explained.

He makes five incisions in the abdominal wall and places the silicone band around the upper portion of the stomach, dividing it in half. The upper pouch holds about 4 ounces of food. The band connects via thin tubing to a reservoir or access port used for adjustment following surgery.

“So the patient will now be able to eat less and feel full longer but must still follow the diet.”

“I feel 100 percent better,” Julie said, adding so far, she has lost about 30 pounds but plans to drop another 75 to 80. “Losing that much motivates me to exercise.”

“Follow-up is for life and those who are more motivated have better success later on,” Hayetian said.

For Julie, determination is leading to victory.