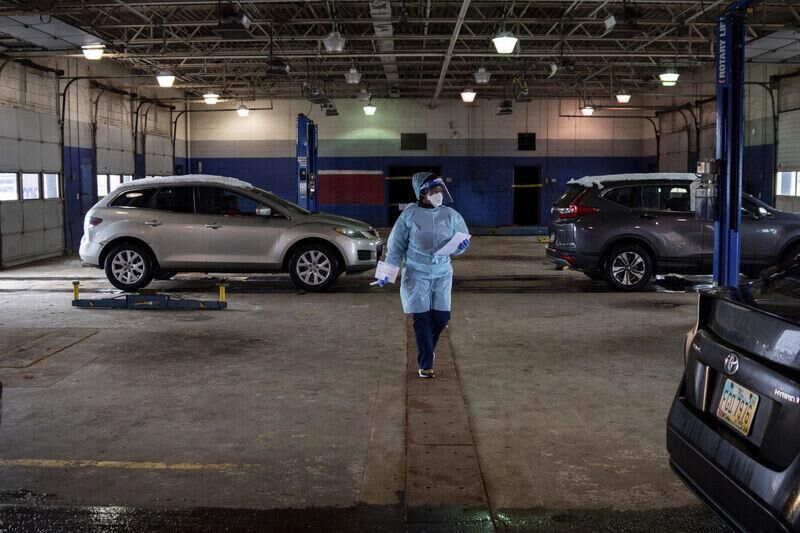 A health care worker walks away after administering a COVID-19 test to a patient at a Pennsylvania Department of Health mobile testing location in the former Sears Auto Center building Friday in front of the Shenango Valley Mall in Hermitage. Free testing for the public will continue from 9 a.m. to 6 p.m. through Tuesday. 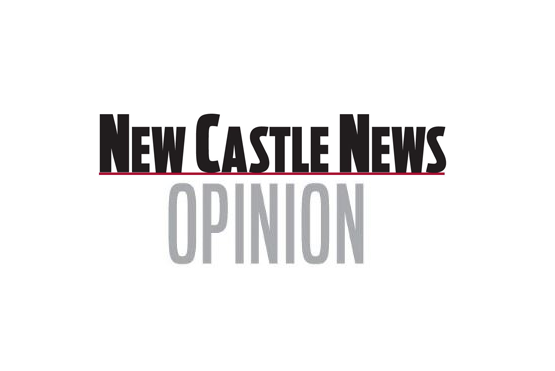 Arguably the largest public-private partnership ever undertaken, Operation Warp Speed represents the federal government’s only focused, coordinated national response to COVID-19. It is making safe and effective vaccinations available in communities like Sharon months, or more, before a new vaccine would typically enter the public pipeline.

Warp Speed aims to deliver 300 million doses of vaccines in 2021. It’s a model the federal government should have followed to prevent the spread of the coronavirus, even before the first U.S. case of COVID-19 was confirmed in January.

Since then, the virus has infected more than 18 million Americans and killed more than 320,000 of them, including 108 deaths and more than 4,400 cases in Mercer County.

Vaccines, which arrived in Sharon this week, have given a weary nation a hopeful sign of the end of this national and international nightmare.

If the United States immunizes 75 percent of its population by the end of summer, Americans could return to relative normalcy by year’s end. Seventy-five percent represents the rough threshold for so-called herd immunity. That happens when enough people are immunized to make the spread of the virus unlikely.

Much depends on the American public. Americans must continue to mitigate the spread of the virus by wearing masks and practicing social distancing.

Additionally, enough people must be willing to take the vaccine when it becomes available. Happily, that number has risen steadily over the past three months; but it’s still below 75 percent of the population.

Some Trump opponents fear corners were cut in safety protocols in the government’s rush to make the vaccine available before the November election. Some Trump supporters, against all available evidence, continue to downplay the risks of the pandemic.

In communities of color, who have suffered and died from COVID-19 in disproportionate numbers, a history of unethical medical practices and exploitation by the public health system, including the infamous 40-year Tuskegee Study, has created a lingering mistrust of the medical establishment.

Overcoming those barriers will take grassroots education campaigns; pastors and other community leaders should work with doctors, hospitals, media, and others to send a clear message about the importance of vaccinations. Such a campaign also would provide opportunities for broader advocacy of vaccinations in general.

People whose resistance is rooted in politics would benefit from a bi-partisan endorsement of vaccines by top Democratic and Republican leaders.

With thousands of lives at stake, both sides need to bend. Republicans should move on from this year’s defeat in the presidential election. Democrats should swallow hard and acknowledge Trump’s contributions to Operation Warp Speed, if that’s what it takes to make a national vaccine education campaign a reality.