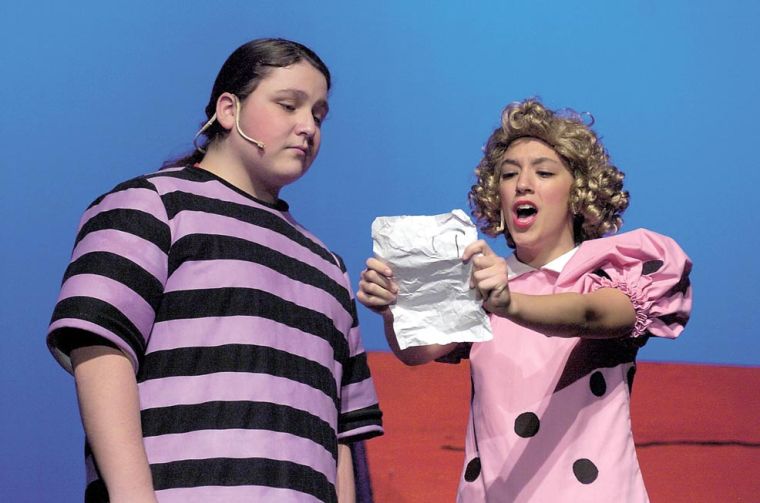 Iain McCormick as Schroeder and Cierra Vandevort as Sally rehearse for the Lincoln High fall musical, ‘You’re a Good Man Charlie Brown.’ Iain was one of six students chosen to have his play performed at Pittsburgh’s City Theatre in October as part of its 11th annual Young Playwrights Festival. 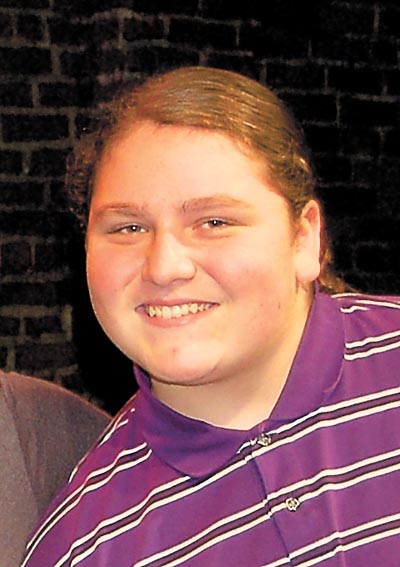 Iain McCormick as Schroeder and Cierra Vandevort as Sally rehearse for the Lincoln High fall musical, ‘You’re a Good Man Charlie Brown.’ Iain was one of six students chosen to have his play performed at Pittsburgh’s City Theatre in October as part of its 11th annual Young Playwrights Festival.

Iain McCormick has a glimpse of Broadway all the way from Ellwood City.

The heart of the theater may be more than 400 miles away but the Lincoln High School freshman now has a taste of what bright lights and stage fright are all about. Neil Simon and Tennessee Williams may have not have set the stage for inspiration, but Iain found his own voice using comedy and parody.

Iain was one of six students chosen to have his play performed at Pittsburgh’s City Theatre in October as part of its 11th annual Young Playwrights Festival. Three of those plays, including Iain’s, represented the junior high level.

The play’s title is “Once Upon a Tale Turned Upside Down” and is described as a revision of classic fairy tales.

As children, Iain and his younger sister put their own twist on favorites and his play was a compilation of various themes including “Cinderella,” “Little Red Riding Hood” and “Hansel and Gretel.”

Along with the other students, Iain developed his script in collaboration with professional directors and actors.

When the curtain went up, he savored the moment with about 60 other students from Lincoln. Afterward, he took the stage with the actors.

“The whole experience was incredibly fantastic,” Iain said, adding that a dramaturg or form of play editor helped him revise it. “Humor is easiest for me to write.”

He wrote the play as an eighth-grader and learned his submission had been selected in June.

“I was completely overwhelmed and freaked out,” he said.

A self-proclaimed procrastinator, Iain said he actually had another idea for the play but changed his mind and the night before the assignment was due, started with the new concept.

“I think of the beginning and ending first and fill it in as I go.”

But Iain had to slice and dice the script, cutting it from 40 pages to under 25.

“This year’s winning plays were selected from one of the largest submission pools in the history of the Young Playwrights contest,” said Kristen Link, director of education at City Theatre. Schools including performing arts institutes from across western Pennsylvania were represented.

Link said Iain is a wonderfully creative young writer with a terrific sense of humor.

The program is one that Lincoln eighth-grade educators Marsha Kosanovich and Steve Wyszomierksi have participated in during the past three years. Both instructors are involved in the teacher institute where they learn to incorporate playwriting and basic theater skills into their classrooms.

“Our goal is to expose them to new ideas and processes, and critical thinking,” she said, adding the students involved range from learning support to gifted.

Then it’s time to shine.

Students write a one-act play, participate in a moderated peer review and get feedback from the visiting artist. This year, about 30 participated, Wyszonierski said.

“The kids write on their own with supervision,” he pointed out.

The playwright opportunity is funded by a Pennsylvania Department of Education grant through the Midwestern Intermediate Unit IV.

Already Iain is starting another play for the competition — this time, with a darker side.

A similarly operated program in New York City has also asked him to submit his first play for consideration in another contest.

“If I win, it will be produced off-Broadway,” he said.

After this exposure, Iain is considering a career as a director, writer or actor, leaning toward the latter two.

“All three are so much fun.”

And all of it is just waiting in the wings.