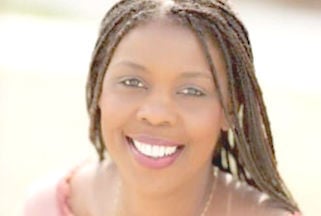 With the U.S. Supreme Court in the background, an anti-abortion demonstrator holds a sign during the March for Life on Friday in Washington.

With the U.S. Supreme Court in the background, an anti-abortion demonstrator holds a sign during the March for Life on Friday in Washington.

On Friday pro-life Americans gathered to March for Life in Washington, D.C.

Hundreds of thousands marched, as they have done since 1973.

But this year, it was different.

This year, the march took place, for the first time, in an America where Roe v. Wade is no longer the law of the land.

This is what pro-life Americans have been working toward and praying for all these years.

And now we show that our nation is still a nation where dreams come true, and a nation where, despite often losing our way, sooner or later truth returns.

Reading how the Supreme Court’s decision in June of 2022, Dobbs v. Jackson Women’s Health Organization, is widely reported, we see that many still do not understand what happened in that decision, which ended the Roe v. Wade regime.

Pew Research reports that, in Dobbs, the Supreme Court ruled to “end the constitutional right to abortion.”

National Public Radio reported last June that the court reversed Roe v. Wade, “declaring that the constitutional right to abortion, upheld for nearly a half century, no longer exists.”

The Dobbs decision was not just about abortion. It was about restoring the way the court should be doing its job.

The court cannot, despite what many in the media seem to think, create or end rights.

The court’s job, judicial review, is to apply, not create, reality. That reality is the U.S. Constitution.

The complaint all these years about Roe v. Wade has been that only someone with either a very active imagination or a very active conviction that their personal opinion is more important than what the Constitution actually says could find a right to abortion in the U.S. Constitution.

The conservative judges who ruled to overturn that decision did not rule as they did to “end” rights. They did it because nowhere in the U.S. Constitution is there anything written that can be understood to be a right to abortion.

Or consider further that our Constitution, the operating manual for our free nation, had to be amended to make slavery illegal. Is it in any way conceivable that the original language of our Constitution did not prohibit slavery but somehow protected a right to abortion?

With legitimacy to claims that there is a right to abortion in the U.S. Constitution gone, now the battleground is in the states.

A major battle has been won, but the war rages on.

At this writing, abortion is prohibited in only 13 states.

Pew Research shows that after years of decline in the number of abortions, it ticked back up in 2020 to 930,160.

And, despite all the claims about caring about racial justice in our nation, my organization CURE reports in a new policy briefing, “The Impact of Abortion on the Black Community,” that in 2020, 39.2% of abortions were on Black women, who represent just 14% of the childbearing population.

The data also shows that 86% of abortions are done on unmarried women, which points to the critical link between this destructive behavior and the collapse of marriage and family, the pillars of a healthy society.

I believe that all the many problems that our nation faces begin with absence of awe for the miracle of life. The other side of the coin of the right to life is the responsibility to protect life and responsibility in the behavior that creates life.

Star Parker is president of the Center for Urban Renewal and Education and host of the weekly television show “Cure America with Star Parker.”

Star Parker is president of the Center for Urban Renewal and Education and host of the weekly television show "Cure America with Star Parker."