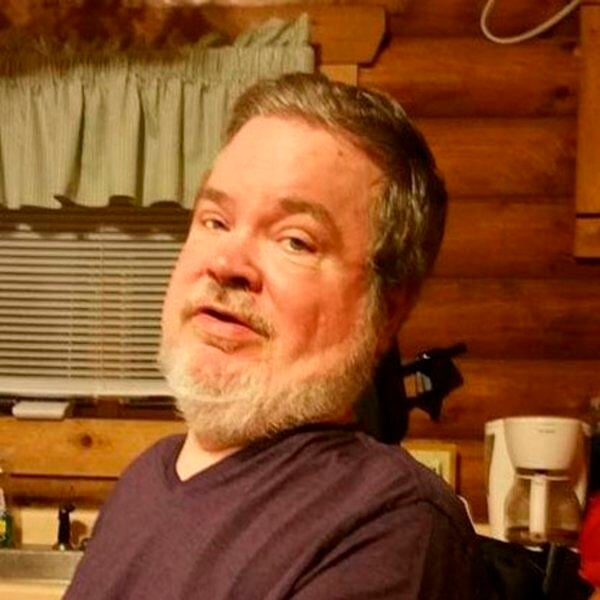 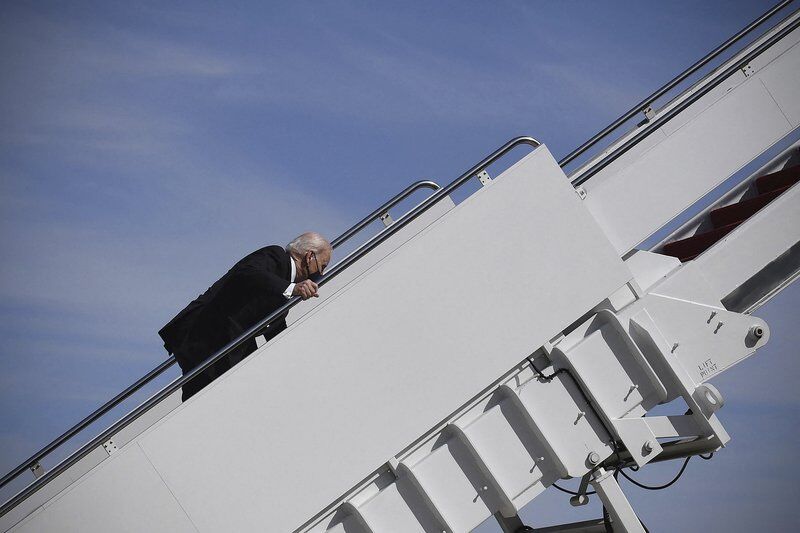 Joe Biden trips while boarding Air Force One at Joint Base Andrews in Maryland on March 19.

Joe Biden trips while boarding Air Force One at Joint Base Andrews in Maryland on March 19.

Joe Biden stumbled and fell as he stepped onto Air Force One. And that has generated all kinds of stupid jokes and commentary questioning his strength and fitness for office.

As a person with disabilities, this frustrates the hell out of me because it shows how many of us still swallow the nonsense that one’s fortitude, respectability, and competence have something to do with how well one walks.

Donald Trump was captured on camera last year when he had trouble maintaining his balance as he walked down a ramp. Barack Obama once tripped slightly as he stepped out of Air Force One. Bill Clinton took a tumble at the home of his golfer friend, Greg Norman, and ended up needing knee surgery. He walked around on crutches for a few weeks. And of course Gerald Ford was a legendary pratfall artist. He practically needed a stuntman.

It would be easy to put together a wacky, fast-motion montage of presidential stumbles with a musical score of Yakety Sax, more commonly known as “The Benny Hill Theme.” It’s possible that someone already has.

When a president stumbles, the footage goes viral. And then comes the damage control, where the president’s image-building apparatus goes into an all-hands-on-deck mode to reassure us all that, contrary to appearances, he is unscathed and still very much in charge.

After Biden’s fall, White House Communications Director Kate Bedingfield quickly pronounced the President “just fine.” She said it was, “Nothing more than a misstep on the stairs.”

She probably felt compelled to underscore the obvious because, as usual, some people were relishing the opportunity to read way too much into it. Donald Trump Jr. tweeted a video of Biden’s fall and said, “No wonder all our enemies are pouncing simultaneously and mocking him publicly.”

I blame all of this silliness on that classic cliche image of presidents ascending into Air Force One. We’ve all seen it many times. Before beginning his journey up what seems like thousands of stairs, the president turns and waves. Then he jauntily scales the stairs with a confident spring in his step. When he reaches the summit, he turns and waves again before entering the plane. All presidents are expected to execute this basic duty flawlessly.

Whenever I see this, I think about how I board a plane for a commercial flight. In the jetway, two or three people lift me out of my motorized wheelchair and strap me from head to toe into this narrow chair that looks like a hand truck with a seat. (Yes, it’s as uncomfortable as it sounds.) They then roll me backwards down the narrow aisle to my seat and lift me again.

If I were president, that’s how I’d board Air Force One. Two or three people would lift me into a similar chair and haul me from the tarmac up the steps.

Alas, that would never do. Such a sad, undignified display of weakness, vulnerability, and incompetence would pose a grave threat to national security. Our enemies could well see it as their opportunity to bomb the Pentagon and get away with it.

That’s a sure-fire way to know if a president is wounded and weak: They don’t walk pretty.

(Mike Ervin is a writer and disability rights activist living in Chicago.)