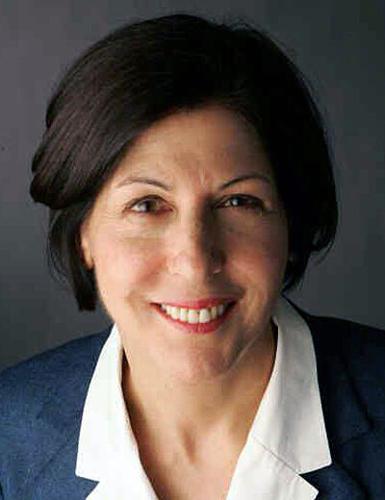 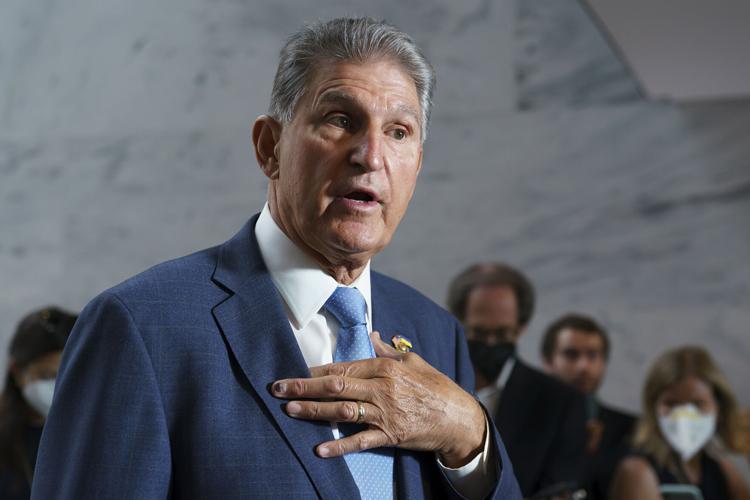 Sen. Joe Manchin, D-W.Va., one of the Democrats’ most conservative members, speaks to reporters about the expansive agreement he reached with Senate Majority Leader Chuck Schumer, D-N.Y., following months of negotiations on health care, energy, climate issues, and tax initiative, at the Capitol in Washington on Monday.

Sen. Joe Manchin, D-W.Va., one of the Democrats’ most conservative members, speaks to reporters about the expansive agreement he reached with Senate Majority Leader Chuck Schumer, D-N.Y., following months of negotiations on health care, energy, climate issues, and tax initiative, at the Capitol in Washington on Monday.

What? Good news in the fight to save the planet from rising temperatures?

Yes. It comes in the form of a bill than pleases both U.S. Sen. Joe Manchin, D-West Virginia, and the Natural Resources Defense Council. It gives the senator from West Virginia some political chips — basically, money for West Virginians and a slightly looser leash on fossil fuels. However, the emissions cuts envisioned in the bill could be 10 times bigger than the carbon released by helping said emitters, according to the NRDC, an environmental powerhouse.

The bottom line is that by 2030, the United States could slash its greenhouse emissions some 40 percent below 2005 levels.

Americans, don’t let the good news bore you. And ignore fringe environmental groups who are sniping at the bill over its trade-offs. I won’t even name them here. If the NRDC says this bill is a super deal for confronting climate change, it’s a super deal.

This summer has produced enough apocalyptic weather to concentrate the mind on the ugly realities of a warming planet. Most recent was the catastrophic flooding in eastern Kentucky. The extraordinary 9 inches of rainfall in 12 hours was “simply in its own Universe,” tweeted Jeff Berardelli, a prominent Florida meteorologist. “With climate change, what was almost impossible then is now not only possible, it’s probable.”

The deluge was a 1-in-1,000-year catastrophe, the kind of rare event that’s increasingly not rare. When it comes to weather, a millennium is not what it used to be.

The dwindling water supplies in the Southwest represent the flip side of climate change. Some places drown while others bake.

Britain’s heat wave produced a record-breaking high of 104.5 degrees Fahrenheit. The heat fueled so many fires in London that the city’s firefighters were the busiest they’ve been since the Nazi attacks during World War II.

Climate scientists concluded that such heat would have been “extremely unlikely” without global warming.

And so what’s in this bill that might actually do something? For starters, it would spend hundreds of billions on wind turbines, solar panels, electric vehicles and other technologies that would slash carbon emissions.

Manchin was made rich by coal and has long been a friend of fossil fuels. He is running for reelection in a Trump-loving state that does not always recognize how much of its coal industry is gone. And so the question must be asked: What’s in it for Manchin?

There are a scattering of goodies for fossil fuel producers. For one, the federal government would have to open more public lands to drilling, though the extractors would have to pay higher royalties. It would streamline energy infrastructure projects, a boon for both clean energy and the other kind.

It would offer tax credits for carbon capture and storage technologies. Some purists complain that this enables plants to continue running on fossil fuels because the technology would reduce their carbon emissions.

On the other hand, reducing carbon emissions is a good thing. Extending the life of some facilities seems a political price worth paying for a much steeper drop in emissions elsewhere.

Who could object to the bill’s incentives for building wind and solar farms in areas where coal mines or plants have closed?

The United Mine Workers of America really like the idea — in addition to the part that preserves the federal trust fund for workers with black lung disease.

The measure still has some legislative hurdles to jump over before it becomes a reality. But for the evenly divided Senate controlled by Democrats, Manchin could have been the biggest hurdle.

For once, let’s set aside political considerations. Climate change is an existential threat. Left unchallenged, the abyss would swallow us all.

Froma Harrop’s column appears in more than 200 papers. She has been a guest on MSNBC, NPR, Fox and more. She can be reached at fharrop@ gmail.com.