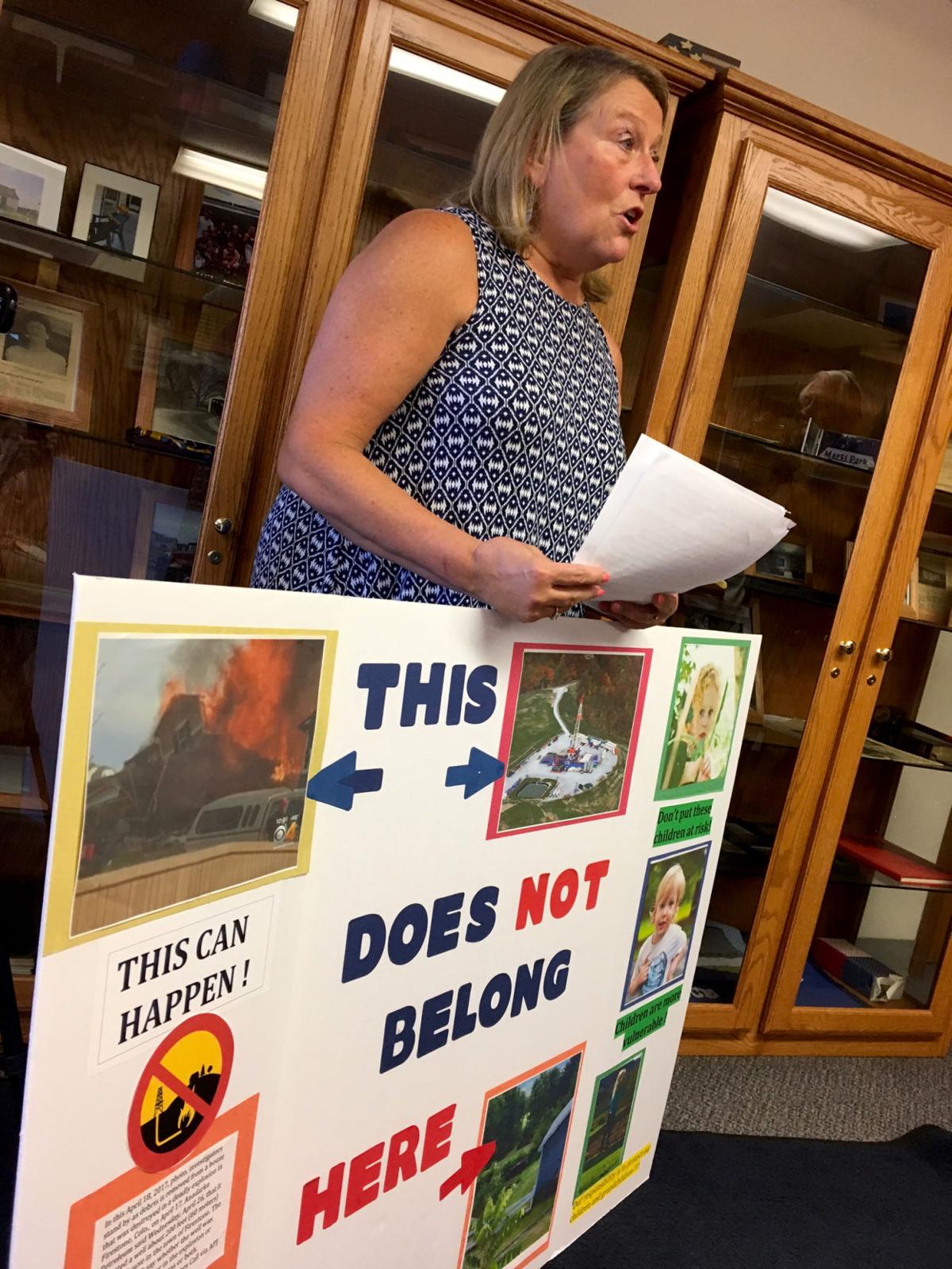 Judy Hartzler says she fears for her grandchildren because her property is the same distance away from a proposed gas well as was the home of a man who was severely burned in a southern Pennsylvania gas well explosion. 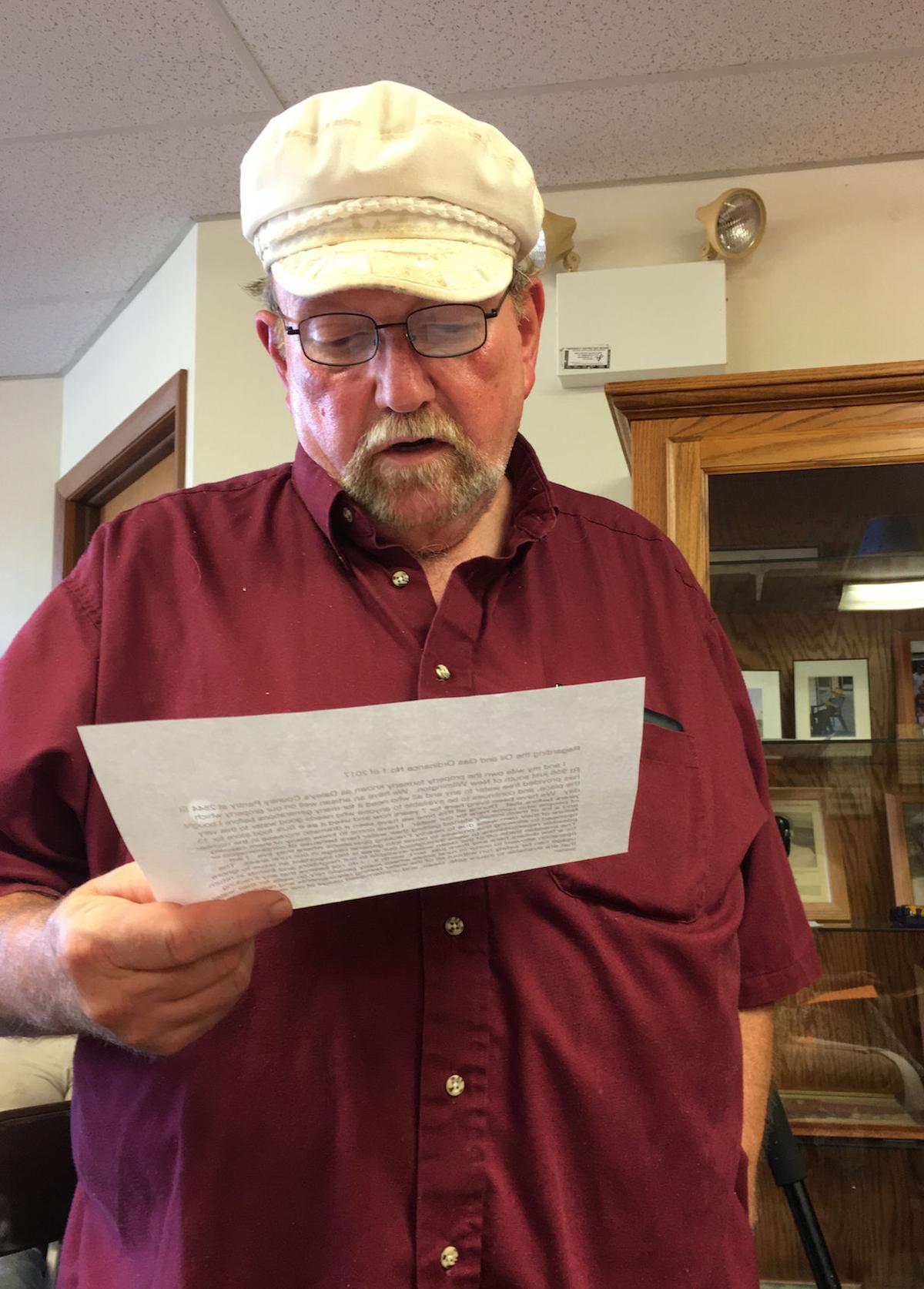 John Daley, former owner of Daley Country Pantry, said the traffic at his artesian well has increased greatly due to well owners whose water has been affected by fracking. 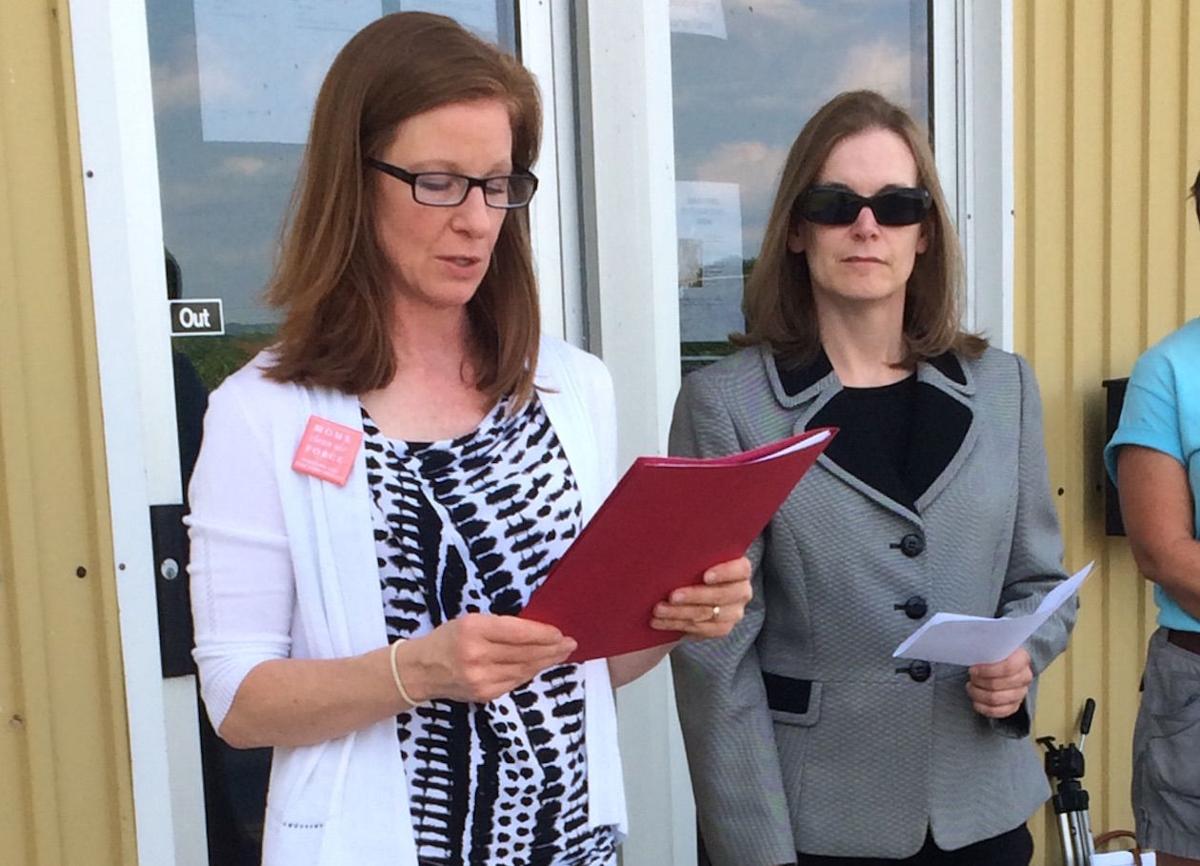 Judy Hartzler says she fears for her grandchildren because her property is the same distance away from a proposed gas well as was the home of a man who was severely burned in a southern Pennsylvania gas well explosion.

John Daley, former owner of Daley Country Pantry, said the traffic at his artesian well has increased greatly due to well owners whose water has been affected by fracking.

Supervisors Darren Elder, Dave McConahy and Tracy Deal adopted the ordinance despite the fact that most of nearly 40 people who testified asked them not to pass the law in its current form.

Most notably, the opposition asked that hydraulic fracturing be restricted to industrial zoned areas, a move that would restrict the process to a small area of the township and which some have said would effectively prohibit it.

The law, as adopted Monday, allows deep well drilling in agricultural areas, which opponents have insisted will ruin the peaceful rural nature of the township.

Among those testifying was Marsha Haley, a medical doctor and radiation oncologist from the University of Pittsburgh, who was lead author of a study about health effects of setback distances from oil and gas operations.

Warren Hickman of New Wilmington said he is concerned the ordinance has no setback requirement from a compressor station to a water well. He said this means residents’ water wells – including the Amish – would not be protected from spills and leaks from compressor stations.

John Daley, who formerly operated Daley’s Country Pantry, said he has an artesian well that he makes available to the public and that he has noticed a “dramatic increase” in the last seven years in the number of people coming to get drinking water from it. He said many tell him their wells have gone bad or are dry due to fracking.

Jim and Judy Hartzler of Fayette both spoke about their fears for their grandchildren who now will be within 100 yards of a wellpad when they visit. Judy noted this the same distance as a Washington County man was from a well when he was severely burned in a wellpad explosion.

Attorney Cherry Poteet, also of the township, pointed out that hundreds of local properties were released from their gas and oil leases in December although they were never notified.

Lucinda Hickman of New Wilmington said she has “a real dread of harsh and damaging consequences” of fracking in the township and asked the supervisors to “have the courage to vote no on this inadequate ordinance.”

Only two of those attending voiced support for the ordinance.

Dan Kennedy of New Wilmington said that revenue from oil and gas leases may save local farms and said those opposing fracking should quit driving cars and using cell phones since these depend on oil products.

And Alyssa Gulfari of Hilcorp Energy Corp., the company that holds many local gas leases, objected to several aspects of the ordinance, which place limits on what the drillers may do.

Prior to the supervisors’ vote, Supervisor Darren Elder told the crowd of about 75 people that the supervisors addressed problems with previous ordinances by adding “five pages of restrictions” including a closed loop system, a sound muffling compressor station building, increased fees and setbacks “to protect the residents of the township.”

There is no fracking in the township although it is expected to get underway soon.

Patrice Tomcik of Mom’s Clean Air Force held a press conference opposing the ordinance prior to the meeting, based on health effects on children.

Mary was a full-time reporter for the News for four years and covered Mahoning, Union, Shenango, North Beaver and Pulaski townships and Wilmington Board of Education. Past experience: Vindicator, Lisbon Morning Journal, and several weekly newspapers.