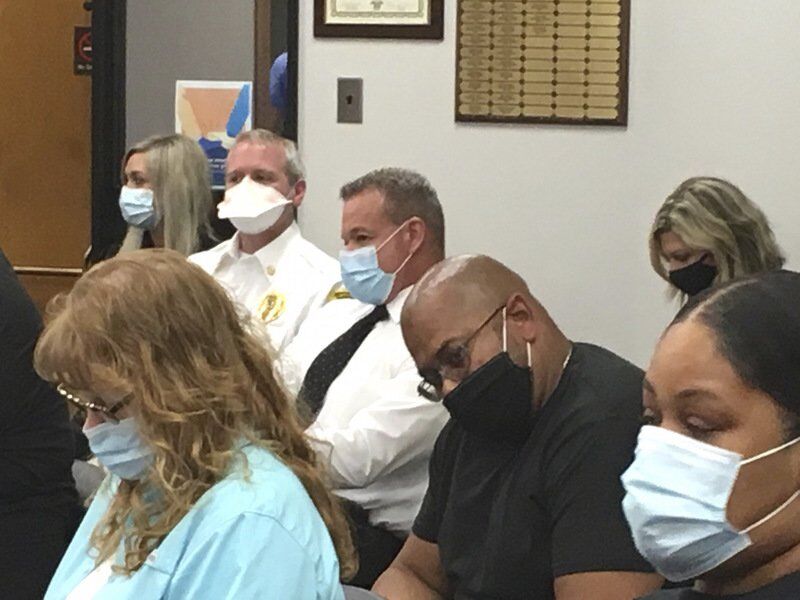 Jason Hilton, left, and Brian Covert, right, both in white, listen to criticisms and praise by their staff members in a special public meeting of the Lawrence County Prison Board on Wednesday. 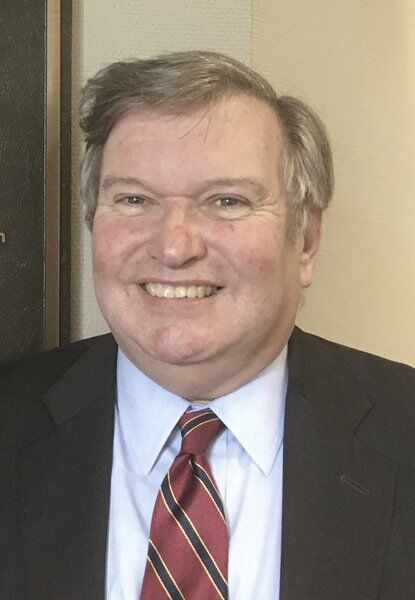 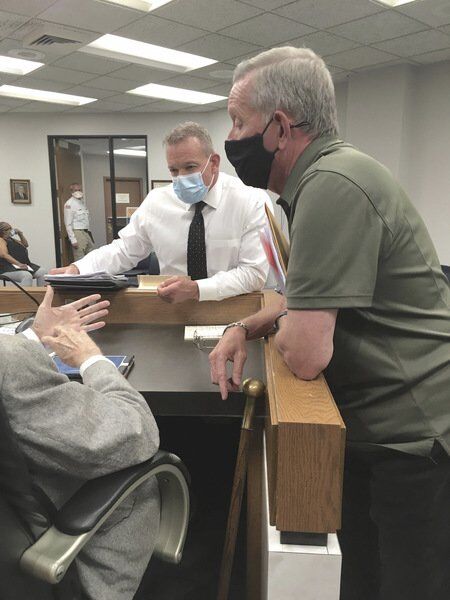 Warden Brian Covert, left, and Controller David Gettings talk with the county solicitor after the prison board meeting.

Jason Hilton, left, and Brian Covert, right, both in white, listen to criticisms and praise by their staff members in a special public meeting of the Lawrence County Prison Board on Wednesday.

Warden Brian Covert, left, and Controller David Gettings talk with the county solicitor after the prison board meeting.

Controversy over whether Lawrence County's jail warden and assistant warden should be fired was put to rest Wednesday when the county prison board voted 4 to 3 to keep them.

The board convened for a special meeting to discuss whether warden Brian Covert and assistant warden Jason Hilton should lose their jobs.

And while the reasons were discussed during executive sessions during Wednesday's special meeting and in private sessions in previous weeks, staff members attended the meeting and publicly offered insight to the reason through comments both for and against the upper management duo. Those favoring the firings were corrections officers who cited divisiveness and lack of administrative support as reasons they are not happy with their supervisors.

Prison board chairwoman Loretta Spielvogel, who cast one of the yes votes to dismiss Covert and Hilton, explained after the meeting that there were many reasons discussed in executive session, and that most recently, the escape of a female inmate caused a great concern. The inmate who escaped the outdoor exercise yard had succeeded in pulling a loose pin out of a gate hinge.

"Regardless of how this vote ends ... it's obvious that steps need to be taken to mend or strengthen relationships, or we need to find a way to bring as many people (working) in the jail as we can together on the same page," Vogler commented before the vote.

"I couldn't do what you do," he said of being a jail worker. "It's a tough, tough job from top to bottom. We want to find a way to pull this organization closer."

Vogler strongly recommended that the prison board find a professional who is a specialist in organization, structure and labor management to strengthen the staff relationships.

Corrections officer Tissan Dessau, who has worked for the county for a little more than a year, was in charge of that block of women at that time the inmate slipped out of the gate of the exercise yard.

Dessau said outside of the meeting that she has been suspended with pay since July 16, pending the outcome of an investigation. She told the board members publicly  that she would have appreciated one of the management staff contacting her to see if she was OK after the incident occurred, but said she didn't hear from anyone.

"She's always done her job," King said. She said Dessau should not be held responsible for a situation that the administration knew was an issue.

Lamancusa suggested that discussion be taken up in executive session because it involved an employee in the room.

Corrections office Glenn G. Jones Jr. said the jail staff has taken problems and complaints to the board in the past but the members have not listened.

"It's difficult to go to work when you've been a target on your back from management," Jones said. "I'm mentally and physically drained. Something needs to change before someone gets hurt."

He pointed out that more than 200 jail workers have been fired or resigned since Covert and Hilton have been in charge at the jail.

"There's no structure, there's nothing," he said.

Speaking in favor of Covert and Hilton as a managers were jail employees Ashley Danadic, Miranda Heaney, Rhonda Heaney and Jennifer Krueger.

Gettings commented that the "drama has to stop, because we want people to go home safely. We're not out to get anybody," he said. "We need to stop the drama."

Gettings had voted against discussions to enter an executive session. The board voted 7 to 1 to discuss the issues in private.