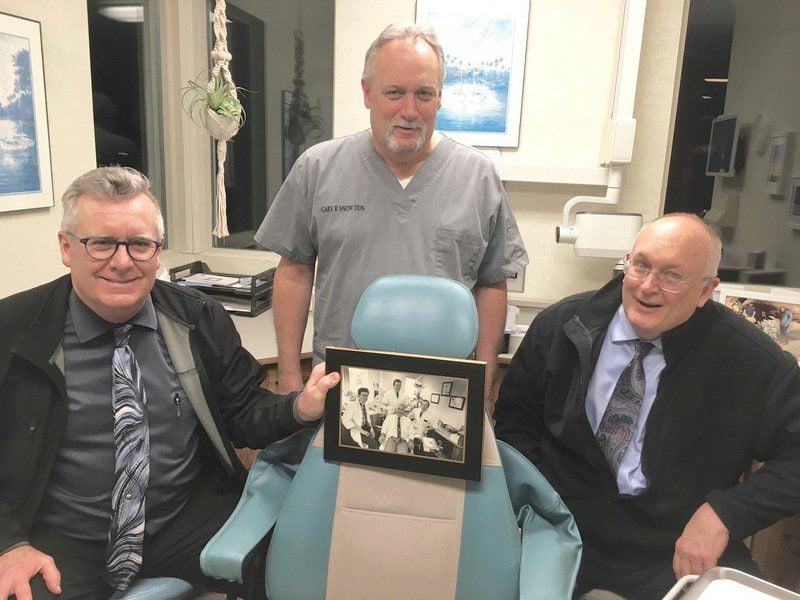 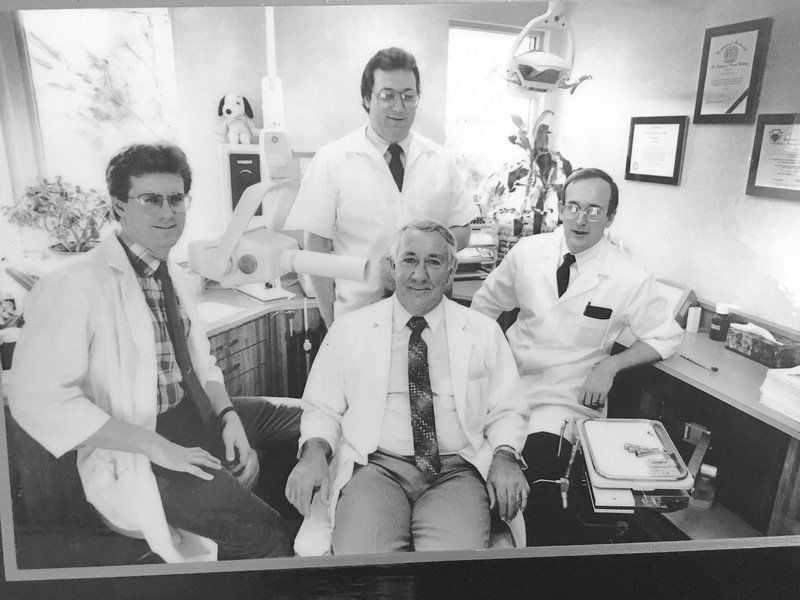 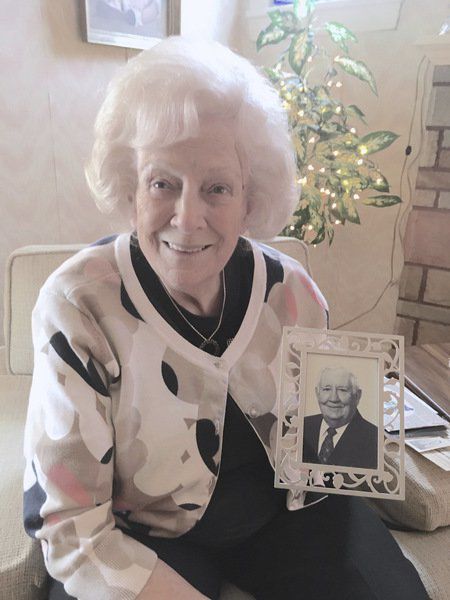 June Snow, the mother of four sons, is the widow of Dr. James S. Snow, a renowned dentist in his day in New Castle. She holds a portrait of her late husband. 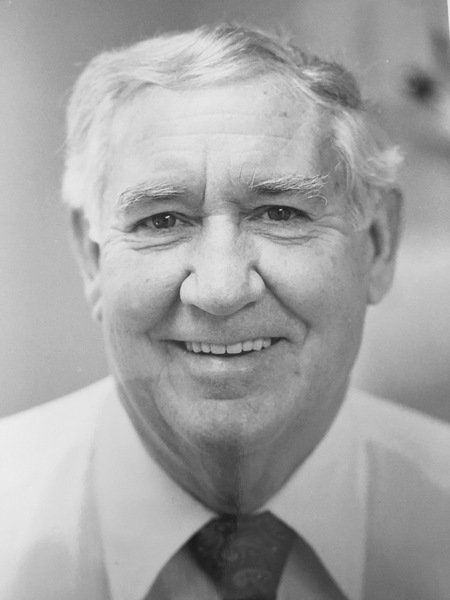 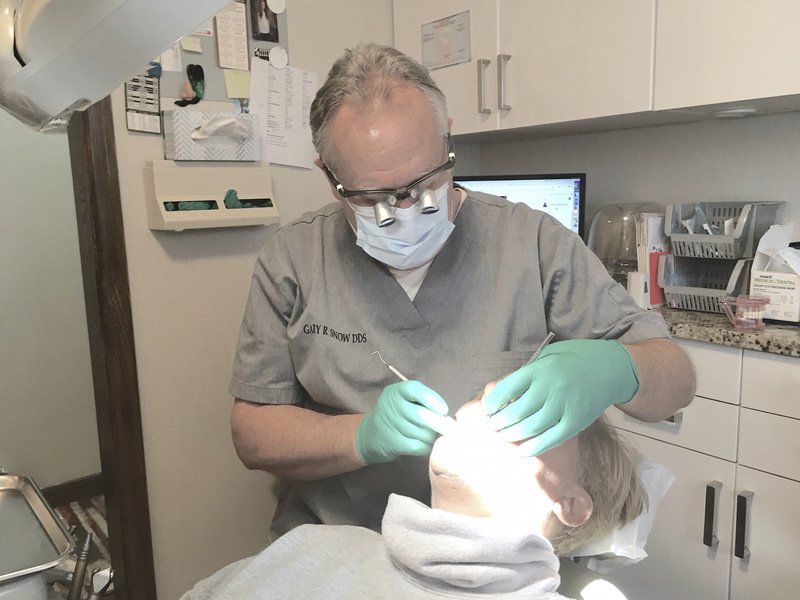 Dr. Gary Snow examines the teeth of a patient in his office.

June Snow, the mother of four sons, is the widow of Dr. James S. Snow, a renowned dentist in his day in New Castle. She holds a portrait of her late husband.

Dr. Gary Snow examines the teeth of a patient in his office.

The late Dr. James S. Snow Jr. had a passion for baseball, and once set his sights high on becoming a major league pitcher.

When his good friend, the late Pittsburgh Pirates manager Chuck Tanner, gave him sound advice against taking a contract offer in baseball unless it was the right one, he chose dentistry as his lifelong career.

Little did Snow know when he graduated with a doctorate degree in dental surgery from the University of Pittsburgh that someday he would have four sons, and that he would be paving the way for three of them to carry on his profession and his legacy in the community.

Following in their dad’s footsteps, James S. Snow III, Gary Snow and Craig Snow all have established their own dental practices in Neshannock Township, and the practices of the brothers, collectively, are an estimated 15,000 patients strong.

When they first became dentists, their father also was in the business. Although he had given them a gentle nudge toward their careers, their individual decisions to become dentists were more from their love and admiration of him and his strong advice to forge careers that would give them full-time work in New Castle.

Gary and Craig share the office building their father had occupied at 215 W. Elizabeth St. James III has his practice at 2628 Wilmington Road. All three inherited their father’s sense of humor.

Dr. Snow died on March 30, 2010, at age 82, and his sons have maintained their practices and his good name in the New Castle area for at least four decades. Now they are seeing the children and grandchildren and even great-grandchildren of patients who once were their father’s loyal clients and friends.

Before Gary Snow, 62, chose his career, he really wanted to become an artist, he said. A portrait of a lobster trapper that he painted hangs in the hallway of his office, a sample of his artistic talent. But his father’s advice was that he should become a dentist to ensure a career and a job in New Castle instead of becoming a “starving artist.” He suggested to his son that he could pursue his art passion on the side.

James III, 64, was the first brother to become a dentist, joining his father in 1982 at the West Elizabeth Street location. He said he was planning to become a mechanic, but his father’s advice was that if he married and his wife eventually became sick with a serious illness, he would want to be able to pay the medical bills.

“The table was set,” he said. “I think he was ready to have help. He hadn’t been taking new patients for years.”

Craig, 60, said his initial ambition was to join the FBI, until he was told that a majority of the agents were desk paper shufflers. That pointed him in the direction of dental school.

The Snow brothers all graduated from Neshannock High School, and James and Craig, both doctors of medical dentistry (DMDs), went to the University of Pittsburgh dental school. Gary, who like his father became a Doctor of Dental Surgery (DDS), went to the University of West Virginia for his undergraduate work and Pitt for his doctorate dental degree.

The elder Snow had maintained his practice up until seven years before he died. It all came to an end one day while he was filling a cavity in a patient’s tooth and he suddenly lost his eyesight and couldn’t finish his work. Craig had to finish the filling.

Snow, who suffered from macular degeneration and other complications, went home that day with tears in his eyes and told his wife, June, “I can’t imagine life without dentistry. They’re not my patients, they’re friends. They’ve been coming forever.”

But sadly, that day ended the dental practice that had lasted for nearly half of a century.

After Snow lost his eyesight, he continued to enjoy his golf hobby, and he joined the U.S. Blind Golf Association.

Craig reflected on his father’s mantra, “‘It’s nice to be nice.’ I don’t think I ever heard him talk badly about anybody.”

“We got all of his patients,” Gary said. “He had gotten us all started, and at first he sent all of the kids to us. We’ve been blessed. We’ve always all been pretty busy.”

At one time, all four of the Snows practiced in the same building until James III branched out into his own offices.

HOW IT ALL STARTED

The late Dr. Snow had no predecessor in his family in dentistry.

According to his sons, his interest in it was honed while he was working in dental lab during his two years in the Navy.

“But he really knew from high school that’s what he wanted to do,” his widow, June, 90, recalled. “He was busy from the day he opened.”

Snow, a 1946 graduate of New Castle High School, went on to Westminster College for a pre-dental program, then earned his DDS degree from th University of Pittsburgh dental school. He started practicing in 1954 in the Temple Building downtown, and his friends from Croton and some from Mahoningtown were anxiously waiting for it.

Eventually, he moved into a building at the corner of Wilmington and Sheridan avenues, and ultimately moved into the office complex on West Elizabeth Street that had been built in 1969 by Dr. James Kreuger.

Dr. Snow and his wife were in their early teens when they started dating. June was 13, and knew him from attending Croton Methodist Episcopal Church. They were married on June 2, 1951. She still lives in their home, a few blocks from where he and his sons shared a dental office, and she still goes to that church, which is now Croton United Methodist Church.

She remembered that all of her sons when they were younger would clean her husband’s dental office, and how much they enjoyed going there.

“He never talked to them much about going into it,” she said, “but he just knew they loved it. He didn’t really have to talk them into it.”

The youngest brother, John, went his own direction and is a business and restaurant owner in Dewey Beach, Del. According to Gary, they are frequenters of Dewey Beach and John’s entertainment spots are their relief away from their long hours of work.

Since the three brothers’ dentistry practices have evolved, they’ve seen a lot of change as described by their brother, Gary.

It was common in earlier generations for older people to have all of their teeth pulled and get full sets dentures for their perfect smiles, because pulling the teeth then was less painful than repairing them, he recalled. Now there’s not much pain associated with filling and novocain is widely used.

As the years progressed, saving teeth became a goal, fluoride went into widespread use, cavities were filled, root canals and crowns and implants became popular, and better tooth care, with biannual dental cleanings and checkups and dental flossing became a common practice, and people started going for intensely sparkling smiles with teeth whiteners.

“Implants are a big innovation,” he said. “They’re just like having permanent teeth.”

The dentist puts a screw into the jawbone and puts a prosthetic tooth on it, he explained. “It looks and feels like a real tooth and it doesn’t come out.”

When the high speed drill became popular in dentist offices, people started getting their teeth fixed instead of having them removed, he said.

“When I graduated from dental school, the only time we wore gloves was when we were pulling teeth,” he said. After the AIDS epidemic in the United States in the early 1980s, latex gloves and masks became a necessity, and a constant practice.

“Now everything we touch is covered with plastic,” Gary said, adding that many of the tools are disposable, and a lot of disinfectants are used.

X-rays have advanced into the computer and digital age, Gary explained, and no longer have to be developed in water. Now an X-ray can be viewed instantaneously, and there is a lot less radiation to the patient.

Chairside essentials also have changed, he added. Dental chairs no longer have bowls for the patients to rinse and spit in. Now the dental assistants use a suction and rinsing tool that eliminates that.

On the clerical end of dentistry, when Gary and his brothers first entered the field, there were no office computers, and dental insurance was virtually nonexistent. All of the charting now is computerized.

“A lot of people now have dental insurance, but they don’t come in because they’re afraid of dentists,” he said.

He remembers his father having a sign posted in his office that read, “Painless dentist,” pointing upstairs.