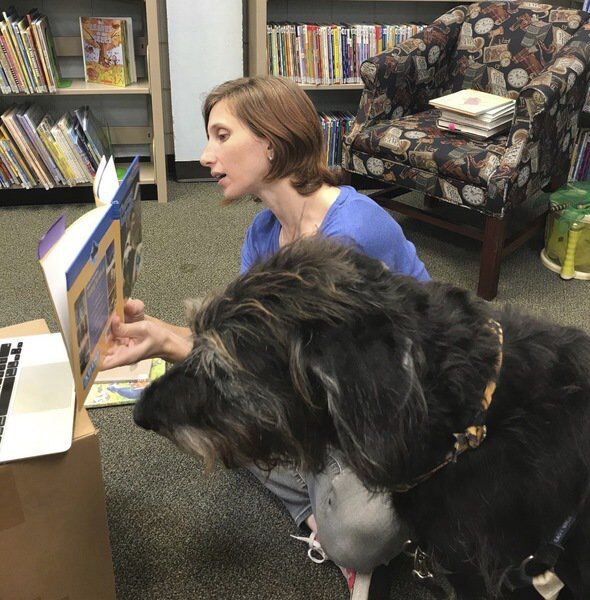 Neva Lilla, youth services manager at the New Castle Public Library, and Lucy the therapy dog share a story with children participating in an online storytime. Virtual and outdoor options allowed the facility to continue serving patrons during the pandemic. 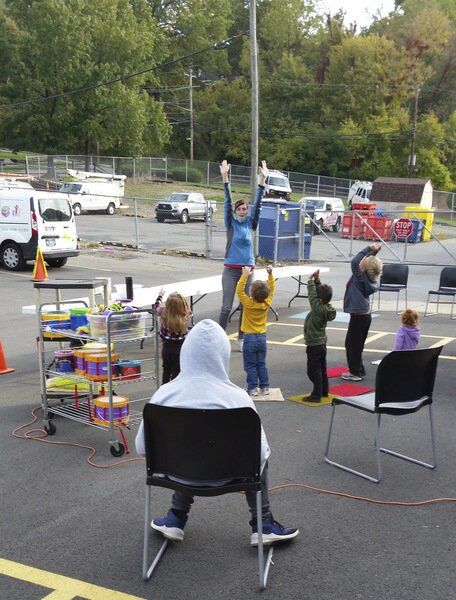 Children participate in outdoor storytime at the New Castle Public Library. Virtual and outdoor options allowed the facility to continue serving patrons during the pandemic. 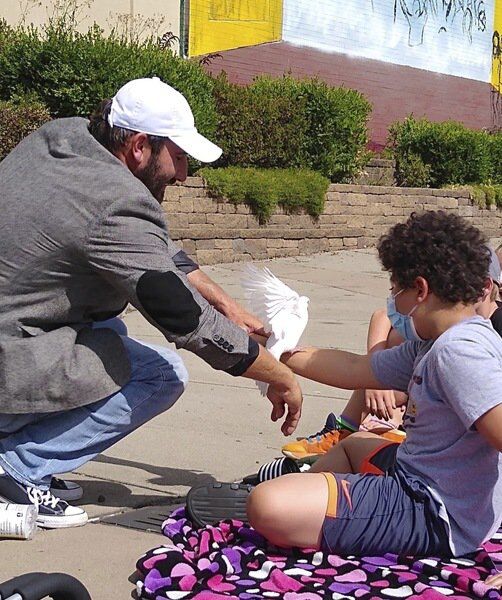 Magician T.J. Hill interacts with children attending an outdoor summer program sponsored by the New Castle Public Library. During the pandemic, the library has moved many programs online or outdoors. 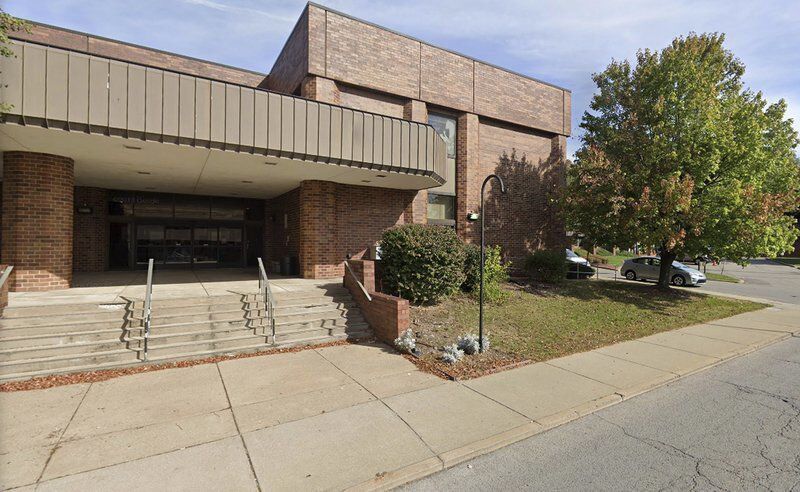 Neva Lilla, youth services manager at the New Castle Public Library, and Lucy the therapy dog share a story with children participating in an online storytime. Virtual and outdoor options allowed the facility to continue serving patrons during the pandemic.

Children participate in outdoor storytime at the New Castle Public Library. Virtual and outdoor options allowed the facility to continue serving patrons during the pandemic.

Magician T.J. Hill interacts with children attending an outdoor summer program sponsored by the New Castle Public Library. During the pandemic, the library has moved many programs online or outdoors.

Past due books, DVDs and other materials loaned to patrons by the New Castle Public Library have returned as fine forgiveness became part of the downtown facility’s pandemic plan.

“If there’s something you’ve forgotten to return, we’re not currently charging late fees. We’ve gotten things back we haven’t seen in a number of years,” explained Collins, director of New Castle library and administrator of the New Castle District Library Center and the Lawrence County Federated Library System.

Collins noted that all returned materials are quarantined for seven days before being cleaned and made available for the next patron’s use.

“We’ve got Plexiglass dividers and spread out our public computers, which are cleaned after each use,” she added.

Such procedures are part of the COVID protocol at the New Castle facility, as well as the county’s two other libraries in Ellwood City and North Beaver Township.

“In some ways, it’s doing the same thing while working around new guidelines,” Collins explained. “And each of the three libraries has done things a little differently.”

Although the New Castle Public Library closed to patrons entirely early in the pandemic, regular hours have resumed with restrictions on the number of mask-wearing, socially distanced patrons allowed in the building.

“Fortunately, we have a lot of space, so we’ve had little problem maintaining social distance,” Collins said.

“As COVID continued to touch every aspect of life, we made the decision to follow the science and make the safety of our staff and the public our priority,” explained Veronica Pacella, director of the Ellwood library.

Although currently not open to the public, the Ellwood facility offers contactless pickups.

“We’re happy to get your books for you,” Pacella said, adding that library staff can also make suggestions for reading material based on a patron’s previous choices and interests. Selected materials are then placed on benches in library’s lobby for pickup.

In addition, the Ellwood library offers virtual programming including book groups for adults and teenagers, storytimes for younger children and craft classes.

“We’re trying to find ways to make virtual exciting,” Pacella said. “It’s been an adjustment, but people have been understanding.”

Even more adjustments were necessary at the F.D. Campbell Memorial Library, which moved from Bessemer to North Beaver Township in November amid the pandemic.

Currently open to the public Tuesdays through Saturdays, the facility can also accommodate curbside pickups. However, due to limited staff, director Kari McKenna, who runs the facility with a part-time helper, explained that no programming of any type is offered at this time.

“People have been very respectful and we’re following all the rules,” McKenna said, adding, “We have a pavilion out back, so we’ve been talking about maybe doing some outdoor programming once the weather allows.”

Each Wednesday morning the library conducts story walks at Pearson Park and other events have taken place at the downtown Riverwalk and in New Wilmington’s parks.

In addition, the bookmobile, which operates out of the downtown facility, continues to make its rounds. Other programming in New Castle, such as storytimes, have gone virtual.

A new offering, available through all area libraries, is tutor.com.

“It serves students’ needs, especially those who may not have access to private tutoring because of COVID or costs,” Collins said, adding that the open libraries also provide computer and internet access for children whose schools are online as well as place to meet with aides and tutors.

“We’ve been taking it day by day, adapting as we go, but we’ve definitely had less programming than normal,” said Collins, noting plans are in the works for a virtual version of the summer reading program, which traditionally attracts upwards of 150 children.

“Our stats show our traffic is not as high as normal, but things are picking up a little,” Collins continued. “People are still using our services and we’re still here for them.”

Renée Gendreau is a lifestyles reporter at the New Castle News. Email her at rgendreau@ncnewsonline.com.