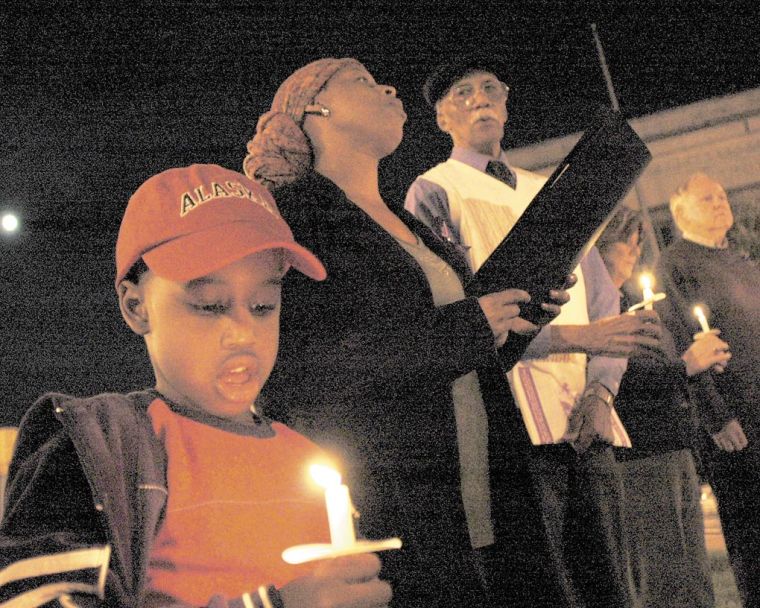 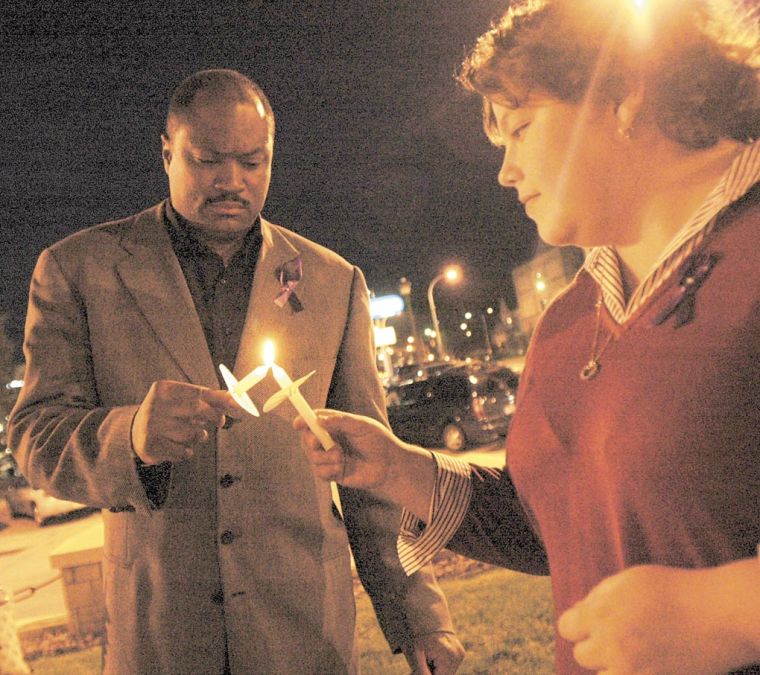 Their places were set, but the guests of honor never arrived. Six table settings, two with colorful children’s designs, served as reminders of the half-dozen Lawrence County residents who died this past year as the result of domestic violence. Last night, they and others like them were honored during the 23rd annual domestic violence awareness rally organized by the Crisis Shelter of Lawrence County. “These are people who should be here with us tonight,” Dr. Cindy LaCom, president of the shelter’s board of directors, reminded those attending the dinner at First Christian Church. To the list of victims, keynote speaker Mark Wynn added the names of three of his fellow officers from the Nashville Metropolitan Police Department. All were killed while responding to domestic violence calls. “This is the original homeland security issue,” noted Wynn, a retired lieutenant who has spoken internationally on the issue of domestic violence. “They are the war victims without a monument. “We need to focus on the true terrorists because they’re here among us,” he continued, adding, “We need to be the counter-terrorists.” Wynn himself became a “counter-terrorist” at an early age, fighting along with his mother and four siblings against an abusive stepfather. “My first experience with domestic violence came at the hands of an abuser,” he said. “We never lived in a house that wasn’t covered in someone’s blood.” Confessing that, as a 7-year-old, he and his older brother tried to kill his stepfather by replacing his alcohol with insecticide, Wynn explained that he dedicated himself early on to breaking the cycle of violence. “If we can’t protect our families, we’re lost,” he said. Wynn, who also gave a two-day training for law enforcement officials, praised the work of the local shelter, which served 1,000 victims and provided 6,000 nights of shelter during 2005. However, the shelter’s executive director Melissa Pearce, gave the credit to the community, saying, “We give them shelter, but you make it possible.”