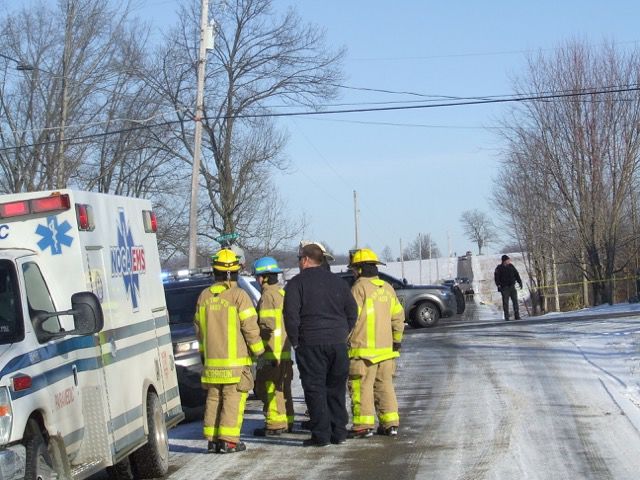 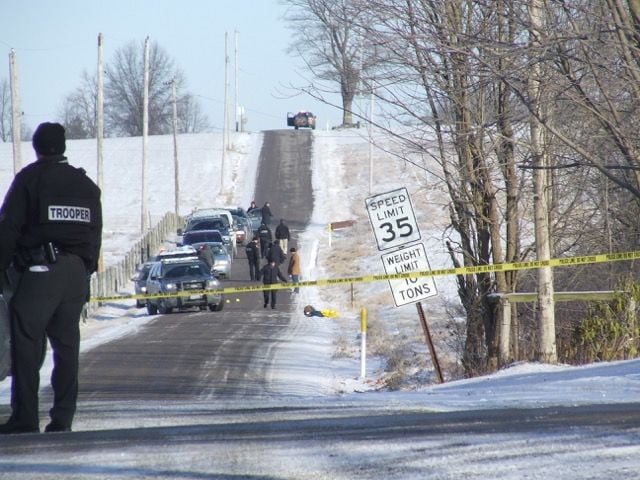 A New Castle woman was transported by helicopter after she was injured in an officer-involved shooting Monday morning in Slippery Rock Township.

A male phoned a complaint to the New Castle state police barracks Monday morning and said Rozzi was living at his residence for the past several weeks and the two were involved in a verbal dispute.

The man said Rozzi left his residence on foot and was in possession of a handgun, according to police.

When two state police troopers located Rozzi on Copper Road, they exited their vehicle and ordered her to show her hands. Rozzi then displayed a handgun while troopers continued to order her to drop the weapon.

Rozzi refused the orders, according to police. Troopers then discharged their firearms at Rozzi, striking her once ending the threat. Rozzi was transported to a local hospital for treatment of her injuries.

According to reports from the scene, Rozzi was flown by Air Medical Medevac to St. Elizabeth Youngstown Hospital.

Noga Ambulance and the Slippery Rock Area Fire Department also were on the scene.

Communion: Kits available, or do it yourself

Online ordering not allowed for people with food stamps

Claude E. Olinger, 76, of New Castle died on April 7, 2020. Arrangements are entrusted to the Ed and Don DeCarbo Funeral Home, 941 S. Mill St. Online condolences may be offered at www.decarbofuneralhome.com.