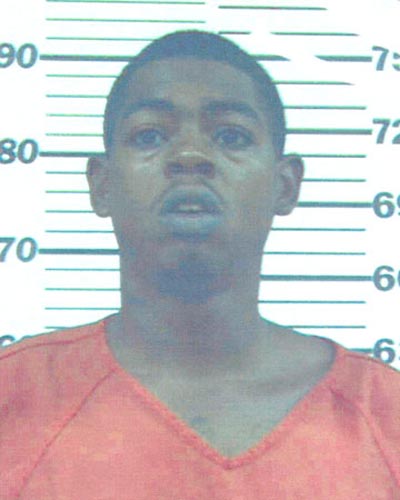 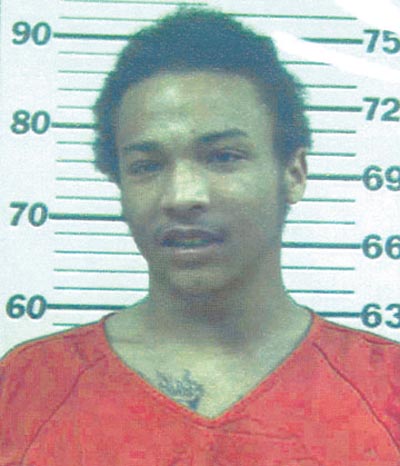 Surveillance video shows the man accused of killing a former acquaintance talking to someone moments before he began firing.

New Castle police Chief Tom Sansone said that a search is under way to find that man, who is believed to be from the Detroit area .

Tavin Lamar Wise, 19, allegedly gunned down Trevaughn Thompson around 11:30 a.m. Tuesday. Thompson, who lived in Westview Terrace, was driving east on Halco Drive toward Green Street when his Chevrolet Cobalt was sprayed with bullets.

The 19-year-old Thompson, who was shot in the head, was pronounced dead at 7:51 p.m. at St. Elizabeth Health Center, where he was transported to from Jameson Hospital.

Neighbor Lisa Johnson said Wise and Thompson were one-time friends who had a falling out.

Wise, whose street name is “Dad,” came out of a Halco Drive duplex and was shown standing near another person, Sansone said. Neighbors said Wise lived with his mother on Halco, which is part of the county housing authority’s Grant Street housing complex. Police also listed a Florence Avenue address for Wise.

Sansone said the video, provided by the housing authority, shows a man walking past Wise seconds before the attack.

Wise, who was holding a 9 mm handgun, began shooting at Thompson’s vehicle and chasing it down the street. Thompson’s car struck a concrete barrier, jumped the curb and rolled into the woods west of Locust Street, where it came to a halt.

Police recovered 17 shell casings. Thompson’s car had several bullet holes in the rear and driver’s side.

District Judge Melissa A. Amodie denied bail during his arraignment. Wise was placed in the Lawrence County jail. His preliminary hearing is scheduled for 9:30 a.m. Dec. 22.

Sansone said police believe they have a name or a nickname of the person they are seeking. He said the shooting has not been connected to drugs.

“There are some Detroit people still around here, but I can’t say that was a factor. It (the shooting) could stem from a prior incident.”

According to the criminal complaint, witnesses told police the dispute was about “the New Castle people not getting along with Detroit people.”

Wise told police that he received a phone call around 9 a.m. Tuesday. Wise said the male caller, who was reportedly from Detroit, was in New Castle and had threatened his family.

Wise said that he was driven to the Grant Street development by his girlfriend, Danelle Whetzel, in a white Cadillac Escalade. Wise told police he had taken a 9 mm gun with him.

Wise said a Cobalt pulled up in front of 351 Halco Drive and he saw a male exit the vehicle. Wise said he walked over to the man, who had pulled out a silver handgun, and told him there was no problem between them.

He added the man put the gun back in his pocket and everything appeared to be settled.

A few moments later, Wise said he heard two or three gunshots and believed someone inside the Cobalt was shooting at him.

He told police that is when he began chasing after car and firing his gun.

The chief said Thompson did not have a gun with him or in the car. “As far as we know, he wasn’t armed,” said Sansone, who noted testing would be conducted on Thompson’s hands for powder burns.

Wise told police that he didn’t know who was driving the car or that Thompson had been shot until he received a phone call later.

Wise stated that he ran to the back of his mother’s apartment at 363 Halco Drive and then went to the front, where he saw Whetzel’s Escalade. He ran to the sports utility vehicle and told her to get him out of there because people were trying to kill him.

They drove to the area of Slate Street in Union Township, where he left the vehicle. Wise said he went to 13 N. Lee Ave. and entered through a window. Police said an acquaintance of his lived there. A short time later, he walked to the Grant Street bridge and threw the gun into the river. He returned to the North Lee Avenue address, where police placed him into custody.

Sgt. David Cumo said the video showed Wise talking to a man in front of 353 Halco Drive. Moments later the man is seen walking past Wise and into the apartment. Wise is then seen running from the porch while shooting at Thompson’s car.

Sansone also said the investigation continues into the death of Leroy W. Blashak Jr., 71, of 310 Montgomery Ave. He was found shot Tuesday afternoon in a Mahoningtown field.

He noted police are still looking for Michael L. Williams, who is accused in the pre-Thanksgiving shooting death of 39-year-old Edward Wooten outside of a South Mill Street nightclub.

Sansone said that anyone with information on any of the shootings is asked to call the department at (724) 656-3587.