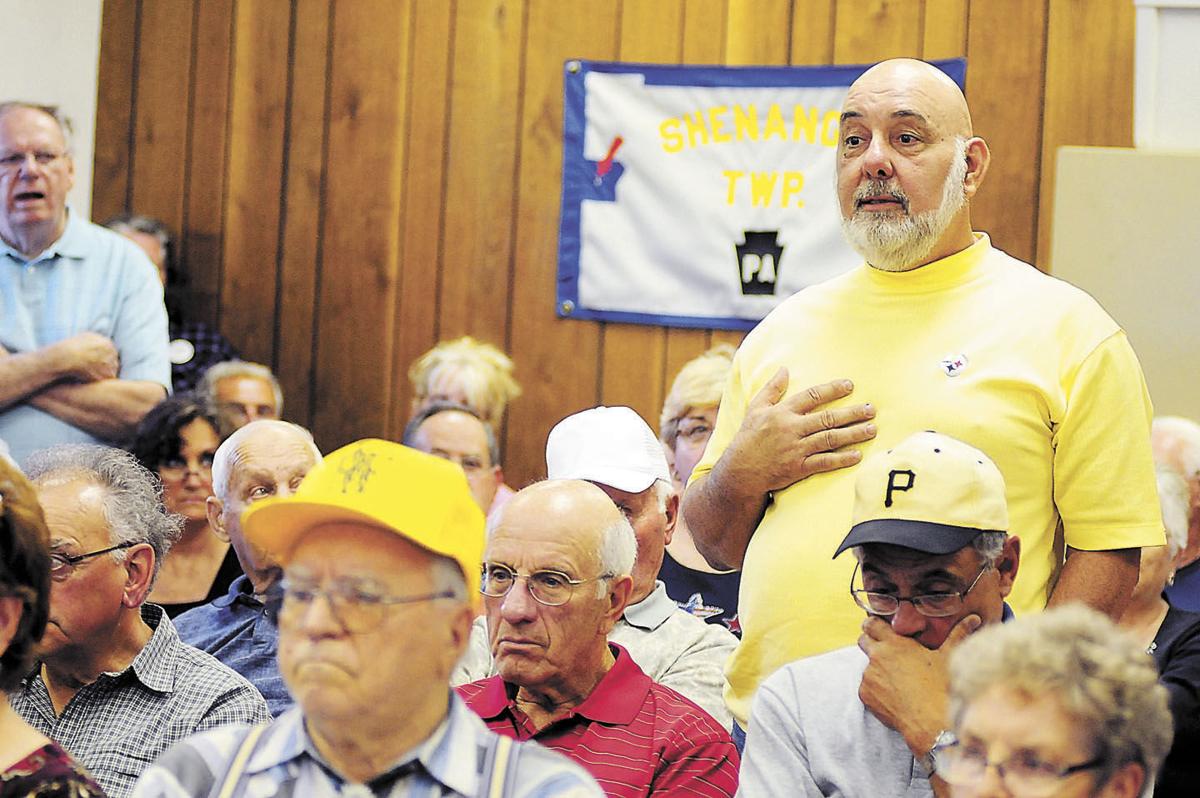 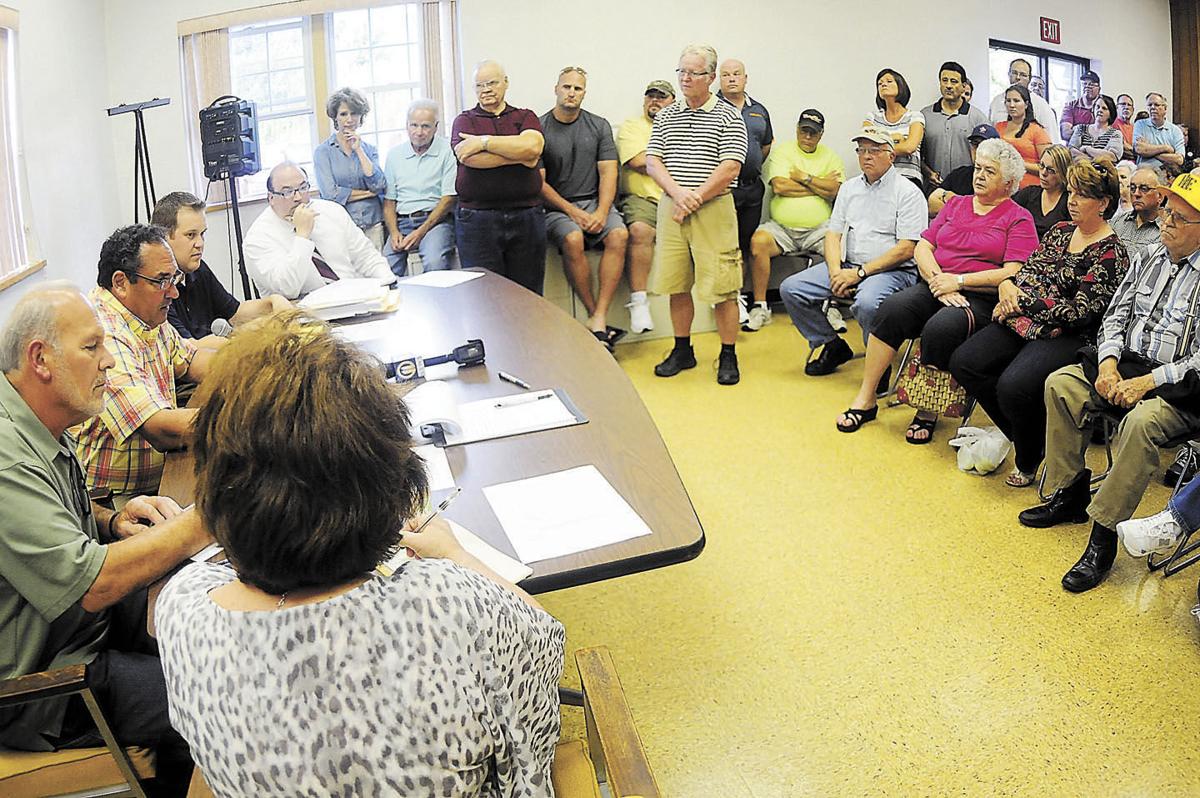 A crowd gathers for last night’s Shenango Township supervisors meeting. More than 100 people turned out, leaving standing room only inside the building and others consigned to listen from the outside. 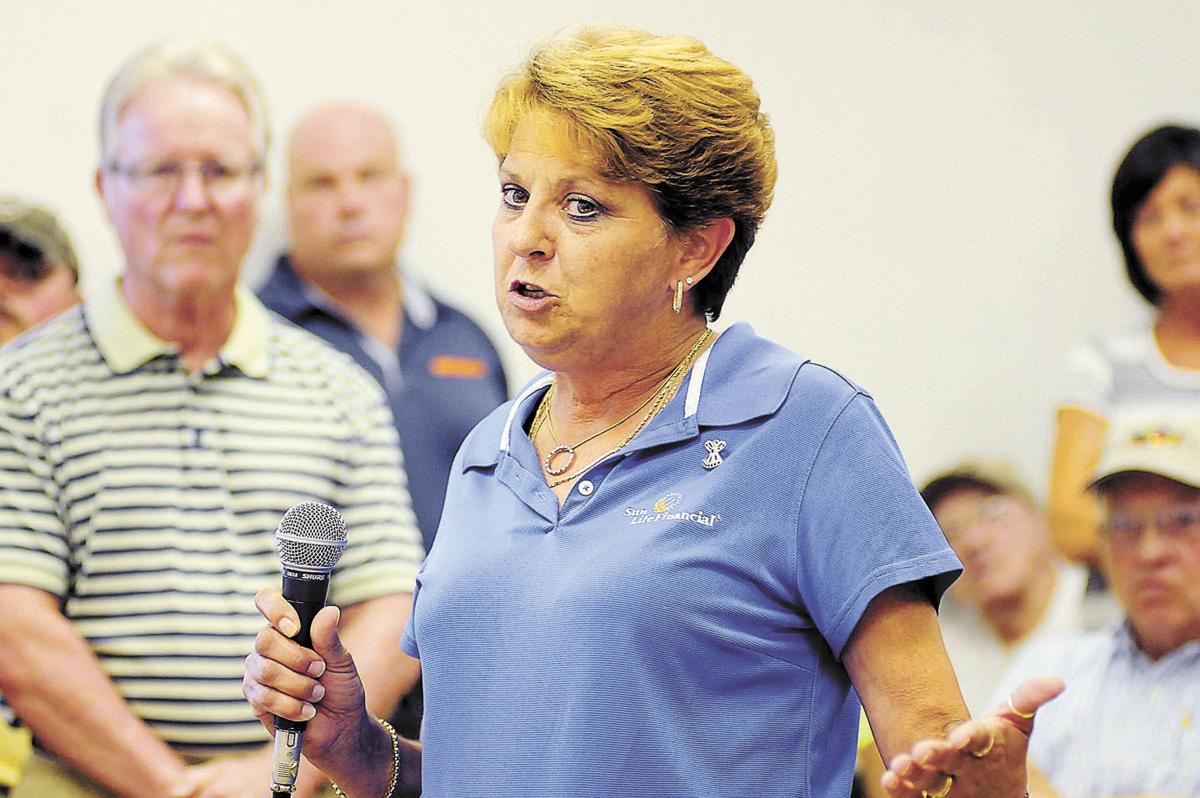 A crowd gathers for last night’s Shenango Township supervisors meeting. More than 100 people turned out, leaving standing room only inside the building and others consigned to listen from the outside.

The two men are under investigation in the alleged theft of nearly a half-million dollars from the township. No arrests have been made.

The township auditors will determine Burick’s wage at a meeting that has not yet been set. Whether the two secretaries will receive any additional pay will be determined later, the supervisors said.

Burick will take a leave of absence from his full-time job to fill the post, he said. He is employed at Augustine’s Italian Village, where he does accounting, finance and logistics. He has a degree in geographic information systems from Slippery Rock University.

The supervisors also hired Philip Weiner Co. as township accountant, pending acceptance of the appointment and negotiation of a contract.

All votes were unanimous.

More than 100 people crowded into the township building and an additional 30 stood outside for lack of room. Most waited through an executive session that lasted an hour and twenty minutes to see what action the supervisors would take.

Some expressed anger and disappointment with the supervisors, including calling for all three to resign.

Some residents expressed anger that Burick had been appointed interim secretary/treasurer, saying someone other than a supervisor should hold the post.

Township solicitor Louis Perrotta pointed out that Pennsylvania law provides that a supervisor can hold the post and there is no conflict of interest.

Riley also said Larry Herman — a former supervisor who had been defeated by Burick in his re-election bid last November — “is trying to help us” and has been in touch with investigators.

“I want everyone to know Larry is with us,” Riley said.

“There are no more stamps," he continued. "There never will be another stamp here. I assure everybody that it will never happen again."

Investigators from the Lawrence County district attorney’s office have alleged Tanner used a signature stamp for Herman on 224 checks that required two signatures — the secretary/treasurer’s and the supervisor chairman’s.

Saying he knows the residents are upset, Riley pointed out the supervisors are upset too. “We feel like we got stabbed in the back.”

Several residents criticized William Albertini, the supervisor with the longest length of service — over 10 years — who sat silent through the meeting while Riley and Burick answered questions.

When one resident accused him of “smirking,” he replied, “I don’t have a smirk on my face. It’s terrible that it happened."

When a woman asked him if he had had any idea over 10 years that money was missing, he replied, “No, I didn’t.”

The home office of Shenango Township’s secretary/treasurer is the subject of a search warrant.

Our Opinion: Who’s watching the money in Shenango Township?

The Shenango Township supervisors have some explaining to do.

The Lawrence County District Attorney is keeping mum about a probe into finances in Shenango Township.