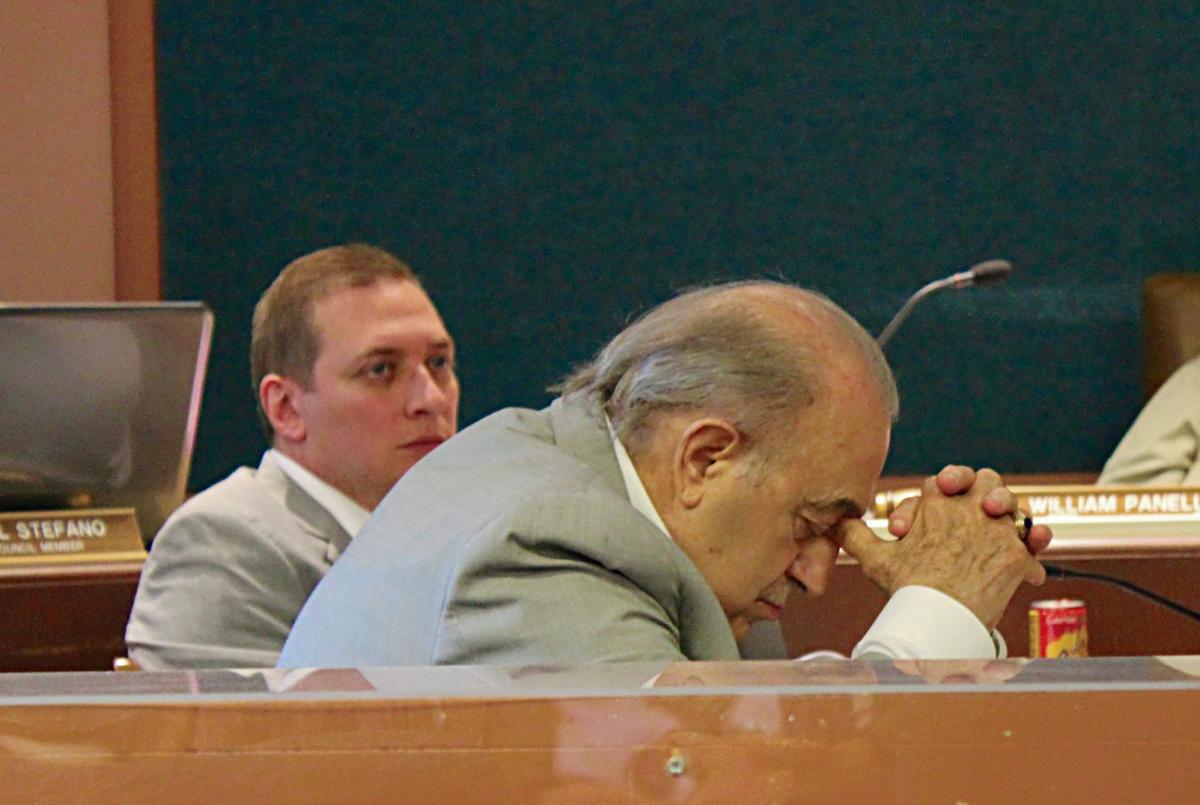 New Castle Mayor Anthony Mastrangelo processes the information being presented during a public meeting night regarding a proposed Dollar General being built on the city's North Hill. 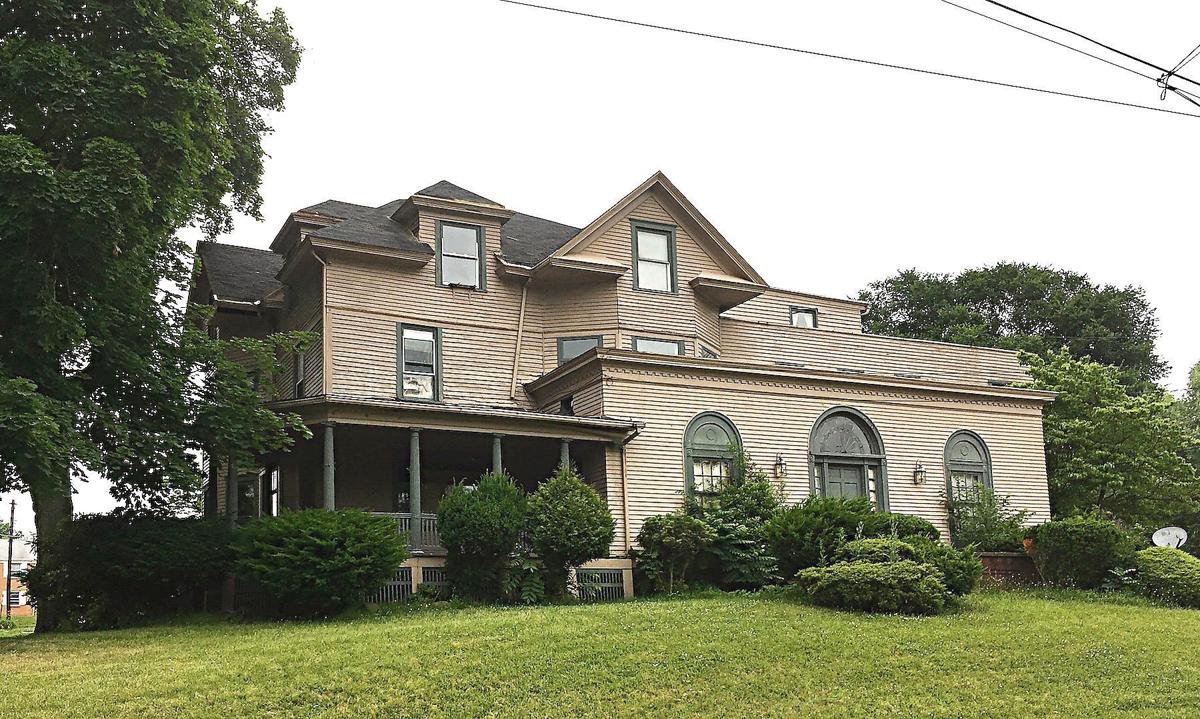 The former funeral home that would be replaced with a Dollar General.

New Castle Mayor Anthony Mastrangelo processes the information being presented during a public meeting night regarding a proposed Dollar General being built on the city's North Hill.

The former funeral home that would be replaced with a Dollar General.

If council votes to create the Neighborhood Improvement Overlay — proposed by PennTex Ventures LLC of Pittsburgh in anticipation of building a Dollar General store at 1102 Highland Ave. — members next would have to consider PennTex's conditional use request to open a the store in the midst of the city's North Hill Historical District. That vote would be taken at council's July 26 meeting.

Sixteen residents spoke about the zoning ordinance proposal at a two-hour-plus public hearing, which was followed by an 80-minute hearing on the conditional use request.

A scheduled third hearing on an proposed ordinance to require property owners to post bonds to ensure the upkeep of vacant buildings was postponed until July 24.

Attorney James Manolis, representing PennTex, which built 72 Dollar General stores in Pennsylvania, Maryland and Delaware, said the proposed project would involve a $1 million investment that includes a 9,100-square-foot upgraded building, landscaping and a lighted parking lot that would benefit the community and replace a vacant building that is no longer feasible to rent or restore.

Current zoning, he said, prohibits retail establishments from opening in the residential North Hill neighborhood. The proposed zoning ordinance change would encourage commercial development from Park Avenue to Leasure Avenue, but only along Highland Avenue. He said the development that could provide 14 full-time and part-time jobs, and increase property tax for the city to $20,000 to $40,000. Currently, he said, the city collects only $5,400 in real estate taxes.

City solicitor Jason Medure said there is no reason "the city's historic district can't go hand-in-hand with development as long as there are proper controls."

Manolis presented assessor Daniel L. McCown who said he did not believe a retail establishment in the North Hill Historical District would affect the value of real estate property.

Learning that PennTex would own the property and lease it to Dollar General, councilmen Tim Fulkerson and Tom Smith asked if the business would seek tax abatement. PennTex executive vice president C. Ted Donald said it would not.

Mayor Anthony Mastrangelo, who lives one block from the site, said he has no vote on the issue but does not favor a "retail box store in this or any other residential district in the city."

Councilman Richard Beshero said he is concerned the development would be spot zoning and set a bad precedent.

Council president Bill Panella said he recognized the owner "is in a tough situation. He can't rent it and it's been empty for years."

Many attending also had spoken at a June 6 planning commission meeting, when commission members unanimously recommended denying the zoning change and conditional use requests. Some of the speakers said they appreciated the extra effort PennTex made in the building design plans and said other areas would welcome the development. But they reiterated their opposition, saying they anticipated an increase in traffic, noise, crime, drug use and would not feel safe.

•"This is a residential area for a reason," said Jim Boazzo of Edison Avenue. "New Castle needs revenue but there are enough commercial properties already zoned for that."

•New Castle Planning Commission Commission member Steve Farris, absent at the June 6 commission meeting, said property values would plummet and that the creation of a Neighborhood Improvement Overlay District "is not consistent with the city's comprehensive plan and does not fit the general character of the neighborhood."

•Tim May and his mother, Luanne, of Moody Avenue cautioned against extending blight. Tim May noted existing plazas at Wallace and Park avenues are "mostly empty now, as are many houses. He also noted delivery trucks, which he said exceed the city's street weight limits, pull in at 2 a.m. at an existing Dollar General store and sit, with engines running, until 5 or 7 a.m. when employees show up.

•Diane Rickel, assistant manager of the Highland Avenue Tic Toc, said existing small businesses will be destroyed if Dollar General comes. "It's a horrible idea. We don't need it," she said.

•Darlene Kelly of East Leasure Avenue spoke against the development and presented a petition signed by 186 residents, all opposed to Dollar General.

•Bill Kosciuszko, the property owner, said he has owned the former funeral home since 2000 and has not been able to sell it. He said he contacted Dollar General in 2016 offering the property, and feeling a variety store would meet the needs of the neighborhood.

"Everyone here is telling city council what it needs to do," he said. Leslie noted the businessmen and their attorney, Manolis, "are not evil. They are just seeking a business opportunity." The residents, he said "are speaking emotionally."

He noted that McCown, the appraiser, "did not say what anything is worth. He gave his opinion about property values based on his experience. But no one asked who paid him to be here," Leslie said.

He added, "Look at the facts. There are no guarantees the developer won't seek tax abatements or ask the county to reduce the property assessment. There's no guarantee there won't be crime or drugs or more traffic."

More in Proposed Dollar General on Highland Avenue (8 of 14)

Conditional use request for Dollar General presented to council

Conditional use request for Dollar General presented to council

A conditional use request to operate a retail business in at 1102 Highland Ave. was presente…

Judge: Mayor had no veto power in zoning matter