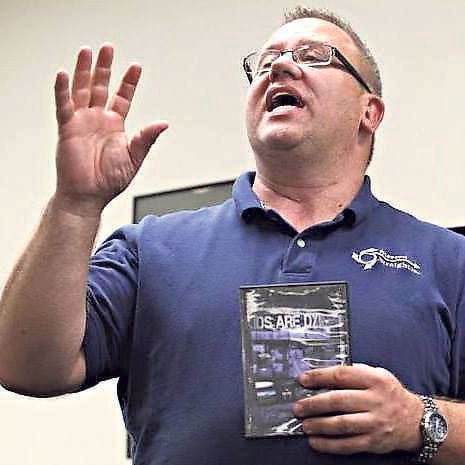 Recovered addict and ex-offender Michael DeLeon makes a point during one of his motivational presentations. 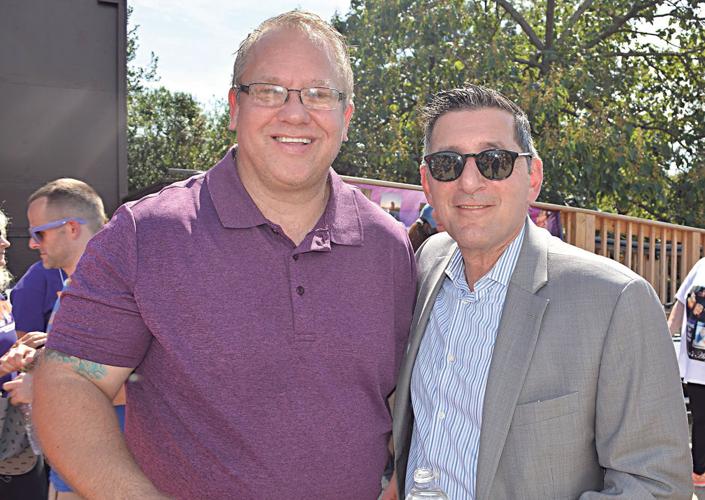 Recovered addict and ex-offender Michael DeLeon makes a point during one of his motivational presentations.

Fighting the battle against addiction takes a lot of arsenal.

The scared straight approach is ineffective.

Big-time celebrities speaking to students at assemblies or the relative of someone who has died from an overdose can be well intentioned and emotional, but in the end, aren't the solution, either.

Michael DeLeon has proof that those three methods are unsatisfactory.

The motivational prevention speaker and founder of the highly acclaimed Steered Straight program knows what he is talking about.

He is a recovered addict and successfully acclimated ex-offender with a powerful message and he’s bringing his program to Lawrence and Mercer counties.

A town-hall type meeting for the entire community is scheduled at Lawrence County Community Action Partnership in the former Ben Franklin school at 6 p.m. Oct. 15 and there are also events at 6 p.m. Oct. 14 at Gardner Chapel Assembly of God, 10 a.m. Oct. 16 at Wayside Emmanuel Church and 7 p.m .Oct. 16 at First Assembly of God Church. DeLeon will appear, too, at Mohawk and New Castle high schools on Oct. 14 for students, educators and parents.

DeLeon, 52, delivers his lessons to youth, educators and parents around the country, and makes it a goal to douse the concept that “it can’t happen to me.”

In light of the increasing number of deaths due to drug overdose in Lawrence County, DeLeon’s message is one all must hear and it couldn’t come at a better time, said Dan Bailey, a certified recovery specialist and a member of Vision Ministries Pathway to Freedom, which is sponsoring the visit along with Lawrence County Drug Court.

How Steered Straight differs from other programs is that it reaches out to children and young adults on the reality about life choices, bullying, self worth, self value, and that there are consequences to decisions and actions, Bailey said.

Speaking by phone in between filming a TV talk show he does in Philadelphia and appearances at schools, DeLeon demonstrated his passion for helping others through his words and actions.

Although he experienced a great childhood growing up in the Lake Mohawk area of New Jersey, he eventually joined a gang. From there, he got hooked on drugs. One of the worst moments of his life was seeing his mother murdered by a gang member on May 13, 1995. DeLeon was accused of the crime but the case was dismissed. The tale doesn’t end there, though. He got away from the drug scene but was seriously injured and prescribed pain pills, which put him right back on the path of heroin and cocaine addiction, and gangs. And self destruction. He spent 12 years in state prison and half-way houses for a gang-related homicide.

While incarcerated, he started Project Pride, the largest state correctional outreach program in the country. Since his release from prison, he earned four degrees, is a drug counselor and is pursuing his master’s degree in social work. Steered Straight is now in its eighth year and DeLeon leads a team of speakers who present the programs.

“My approach is different,” he emphasized. “I talk about coping mechanisms, and alcohol and marijuana. I want to change the conversation.”

And he firmly believes in what he calls the trifecta gateway — alcohol, tobacco and marijuana.

“Marijuana will do far more damage than heroin. And some parents believe kids are going to drink anyway, so they might as well let them drink at home. That’s not OK.”

He urges continuing dialogue with parents and teachers, and conducts much research before going to an area.

At schools, DeLeon presents the whole package that includes a riveting assembly with a video, bracelets he hands out that have a help line number and one-minute morning announcements.

Stay in Your Lane Media, was founded by DeLeon in 2012, and has produced two award winning documentaries, “Kids Are Dying” and “An American Epidemic.”

THE METHOD IS WORKING

DeLeon knows his words are getting through.

“Eighty-three percent of kids surveyed responded that they’ve gone home to talk to their parents or guardian about what they learned in assembly and 40 percent say they have talked to a counselor.”

Vision Ministries is pleased that its faith-based outreach program connected with DeLeon.

Bailey noted that DeLeon’s appearances here are “a natural outgrowth of what we’ve been doing.”

Education and knowledge, awareness and prevention are the tools that are needed and that DeLeon possesses, he said.

The Rev. Randy Crum, pastor of Wayside Emmanuel Church, is the president and founder of the 20-year-old ministries, which most recently has gotten involved with addiction and recovery.

“This isn’t a matter of ‘if,’ it’s a matter of ‘when,’” Crum explained of the current drug crisis. “You can’t put a Band-Aid on this wound. We need to get back to God.”

It takes healing, education to bring light into the darkness, and reaching kids when they’re younger, he continued.

“There is danger out there and we need to teach how to make better decisions and distinguish right from wrong. The line isn’t clear anymore for young people.”

People listen to those who have been through the fire and that’s the case with DeLeon, Crum said, adding that in this community, law enforcement, the clergy, Lawrence County commissioners, the schools and New Castle City Council all have to work together.

“We have a more important battle here,” he concluded. “We are battling for the souls of mankind. I’ve seen what can happen in a positive way. Every life matters.”