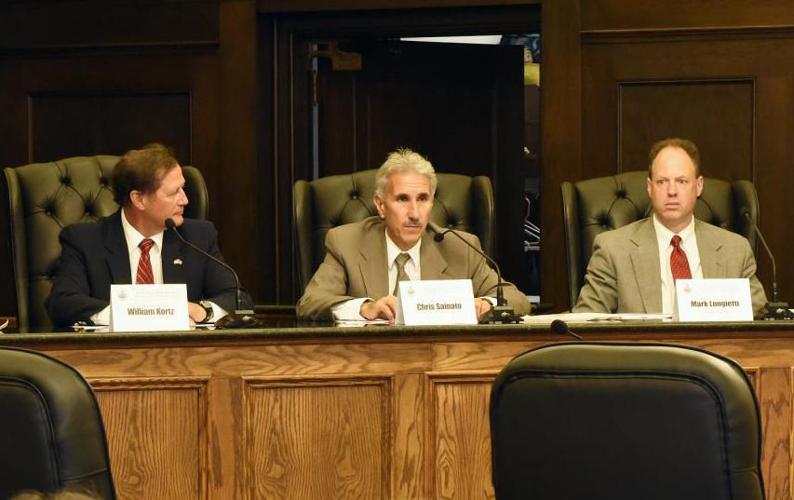 In this 2016 file photo, state Rep. Chris Sainato, center, takes part in a public hearing in Pittsburgh that focused on the heroin and opioid crisis in Pennsylvania. 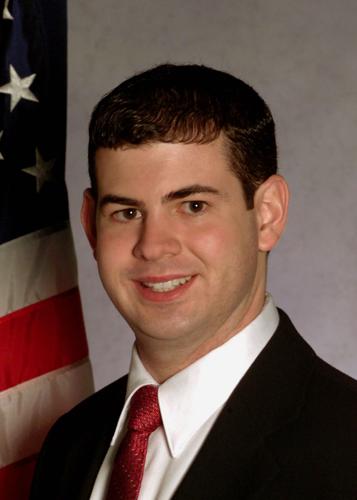 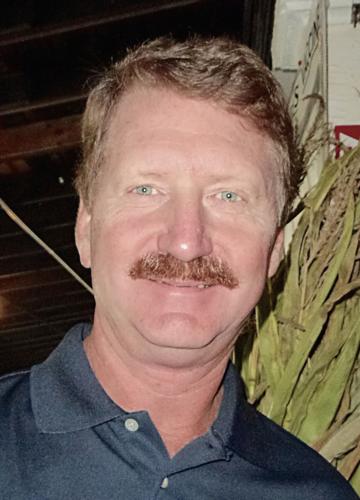 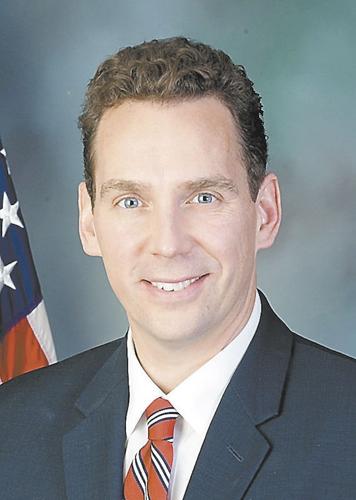 In this 2016 file photo, state Rep. Chris Sainato, center, takes part in a public hearing in Pittsburgh that focused on the heroin and opioid crisis in Pennsylvania.

Several pieces of anti-opiod legislation are pending in Pennsylvania's legislature.

•House Bill 1698, an act providing for coverage requirements by an insurance carrier or health insurance plan for abuse-deterrent opioid analgesic drug products. The bill passed the House on June 23, with state representatives Chris Sainato, Jaret Gibbons (a co-sponsor) and Parke Wentling voting for passage. It now awaits action in the Senate.

•House Bill 1294, introduced June 4, 2015, would require prescribers to query the prescription monitoring program every time a prescription for buprenorphine is written.

The New Castle News asked state legislators who represent Lawrence County in Harrisburg to weigh in on these bills. Attempts to reach state Rep. Parke Wentling were unsuccessful.

State Rep. Jaret Gibbons is co-sponsor of the House bill that passed in June, which requires coverage by an insurance carrier or health insurance plan for abuse and deterrent opioid analgesic drug products.

“This came on the recommendation of the House task force on heroin and opioid use, and is part of a package of about 12 bills that passed earlier this year,” Gibbons said.

The House has additionally passed several bills to provide continuing education for doctors to prescribe pain medications, he confirmed, adding the bills also pertain to a limitation of the amount of opoid drugs prescribed in emergency rooms.

“It’s all part of that package. We want to cut down on the illegal use of these pills for people using them not as pain medication but rather to get high.”

The issue here is that there are a lot of people who end up on heroin or overdosing, Gibbons explained.

“The vast majority start with prescription pain medications and the goal is to help limit with that supply and scourge abuse of them.”

With his co-sponsorship of the bill, an effort is being established to try to limit the amount of prescription drugs directed to non-medical use and limiting the abuse in the streets, he said.

At no time, were there any concerns regarding lobbyists or pressure from them in relation to either that bill or House Bill 1294, which would require prescribers to question the prescription monitoring program every time a prescription for buprenorphine, an opoid-deterrent drug, is written, Gibbons said. The State Pain Policy Advocacy Network opposes this measure.

“I have not been approached by any drug companies regarding this legislation or in relation to opoid/pain medications," Gibbons said.

Buprenorphine is to be used as a treatment to get off opioid drugs or as an opioid replacement, he noted, adding it is becoming abused itself just like methadone and that is why the treatment network is opposing it.

The state received a new database in August and House Bill 1294, which has not yet come to a full vote in the House, deals with that, he pointed out. Currently, though, only opioid drugs have to go through the database, Gibbons said.

There are two different categories — replacement drugs and deterrent drugs, he continued.

“Some are partially deterrents and some are complete deterrents. Prescription opioid drugs are often the gateway to heroin use.”

People can turn to using heroin because the cost is significantly lower, than say the cost of one pill, he said.

“Everything we’re doing is in the best interest of making sure that consumers who need medical treatment have access to it but also controlling the amount and protecting drugs from being diverted for improper use,” Gibbons said.

These bills are trying to make sure that opoids are kept off the street and part of illicit drug traffic, and limited to people truly in need of pain management, he said.

“Both bills are part of a larger, more comprehensive package to combat this epidemic.”

Sen. Elder Vogel Jr. believes all of the bills pending in the state House and Senate are good bills, but they could end up being tweaked or changed in committees.

He intends to vote in favor of all of them, he said.

"I agree with the general gist of the bills because of the crisis we have across the country," Vogel said of the opoid addiction epidemic. "I agree with all of the legislation, and I agree we have to get something done to address this issue."

He particularly favors the prescription monitoring bill that will prevent people from "doctor shopping," that is, going from one doctor to another to another get new prescriptions to feed their addictions.

"Why a doctor in an emergency room would give somebody a 30-day supply of pills is ridiculous," he said.

Emergency room or hospital doctors should be dispensing maybe five or 10-day prescriptions to give the patient enough time to line up an appointment with his regular physician to determine whether an opioid or pain pill is still needed, Vogel said.

Vogel is one of many state elected officials who have received campaign contributions from pharmaceutical companies. According to statistics from the National Pain Care Forum, Vogel received a $1,000 contribution from Merck & Co. in 2012. He said Friday that donation has had and will have no influence whatsoever on how he votes, he said. He was unaware that he received such a contribution, he said on Friday, assuming that it came from a lobbyist group in Harrisburg.

"I didn't know they gave me a contribution," he said.

State Rep. Chris Sainato said that the real work of trying to deal with the opioid crisis will begin with the Legislature's fall term.

He said that up until now, the lawmakers have tried to close loopholes in the law which contribute to the crisis. But now that hearings have been completed all around the state, they will try and come up with comprehensive legislation to address the problem.

"The problems are everywhere," he said, explaining that the summer of hearings took place in remote rural areas and in heavily populated urban areas as well.

"We have had eight hearings around the state; we have taken testimony," he said, noting that legislators have talked with government officials, district attorneys and medical providers. "We've got all kinds of perspectives."

The next step is to come up with legislation aimed at the problem and he expects a lot of it to be introduced.

Sainato said he plans to be co-sponsoring some of the forthcoming legislation. But he cautioned that lawmakers must use common sense and be careful not to pass laws that will do more harm than good. "If you overreact, there are unintended consequences," he said. "There are people who legitimately have pain and they still need these drugs and there is a purpose to these drugs. We don't want to hurt them."

He said there will be a package of bills in the Fall Session but he said he thinks its possible they may not be passed until the next session.

Sainato said the basic problem is that people get addicted on opioids and then they begin using to heroin "because it's cheap."

He said Lawrence County is fortunate to have an active group with involvement by clergy and churches, trying to fight opioid addiction.

But he said he believes "it's going to take a lot of things to happen" to deal with the crisis and it will have to be a cooperative effort of law enforcement, churches, local government and the Legislature.

State Rep. Parke Wentling would like to see Pennsylvania's opioid crisis come to a close.

"Opioids and opioid-derivatives are highly addictive," said the Republican who was elected in 2015 to represent the 17th District which which covers parts of Crawford, Erie, Lawrence and Mercer counties. "This type of painkillers need close monitoring."

Wentling said approximately 10 bills are pending before Pennsylvania's House and Senate designed to do just that. One bill, he said, would be key to closing a loophole that allows pharmaceutical companies to opt out of requirements to report prescriptions of certain types of medication.

"This doctor/pharmacy pipeline is a key to seeing who is getting these drugs and the frequency (which they get them)," he said. "Many pharmaceutical companies opt out of this type of monitoring. Without a patient monitoring system, people could get more prescription medications than they should have. This contributes to and creates part of the problem."

Wentling noted that opiate painkiller medication might provide a gateway to heroin use when these prescriptions can no longer be filled.

"Heroin is cheap and easier to get," he said. He adds that much of the heroin currently on the market — mixed with powerful animal tranquilizers — is too powerful and is killing people.

Wentling said Gov. Tom Wolf last week called for a special joint session of both houses "to get legislators together and stress the urgency of taking action on the drug crisis.

"This could help us (legislators) to know what is in the bills before us and to take whatever action we can to do something about the drug crisis."

He said he favors tighter control on the availability of opioids and opioid-derivatives.

Wentling, also noted that "to my knowledge" he has not accepted campaign contributions from drug company PACS or companies.

Politics of Pain: Pennsylvania opioid debate may include push for pricier pill