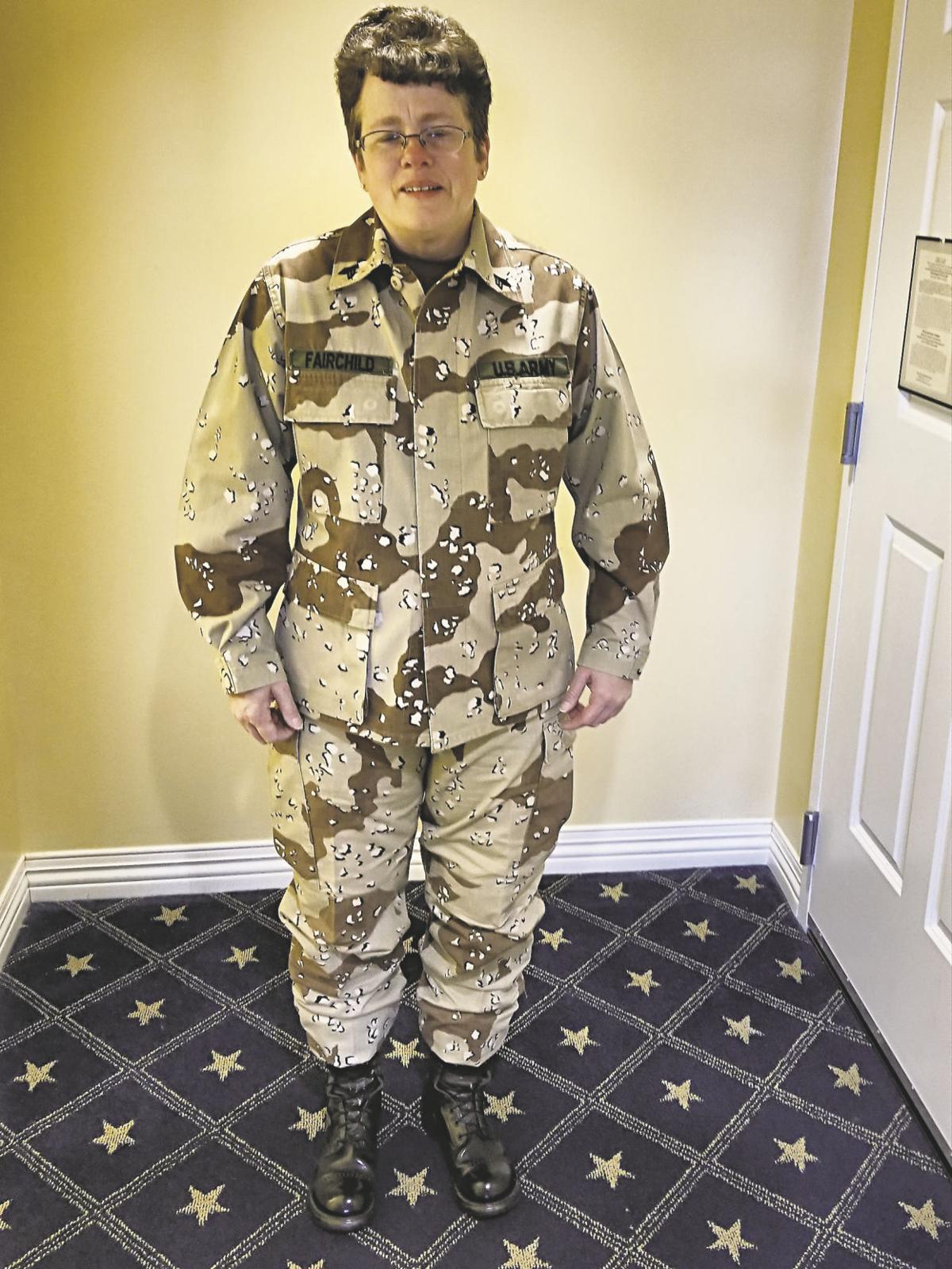 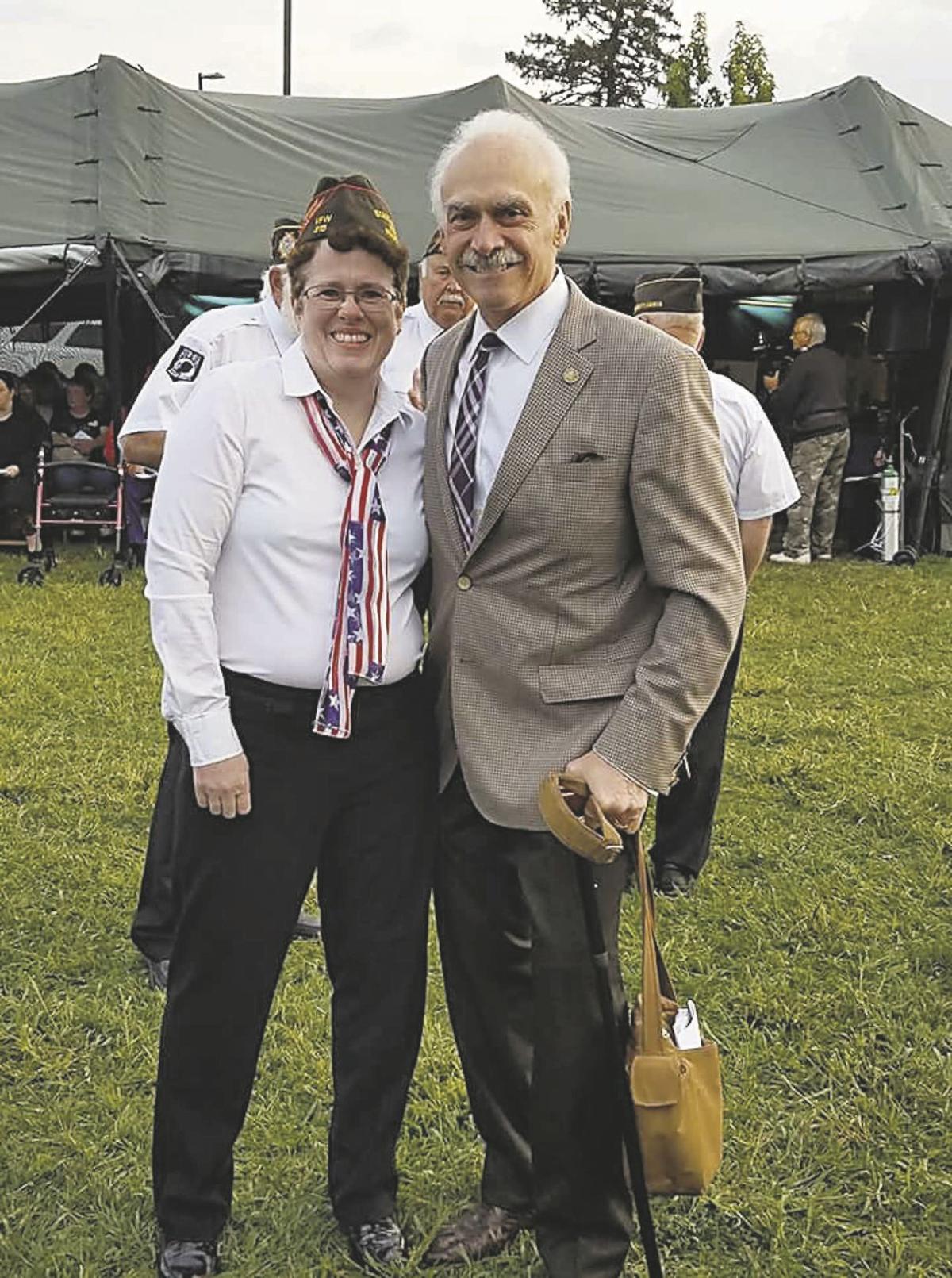 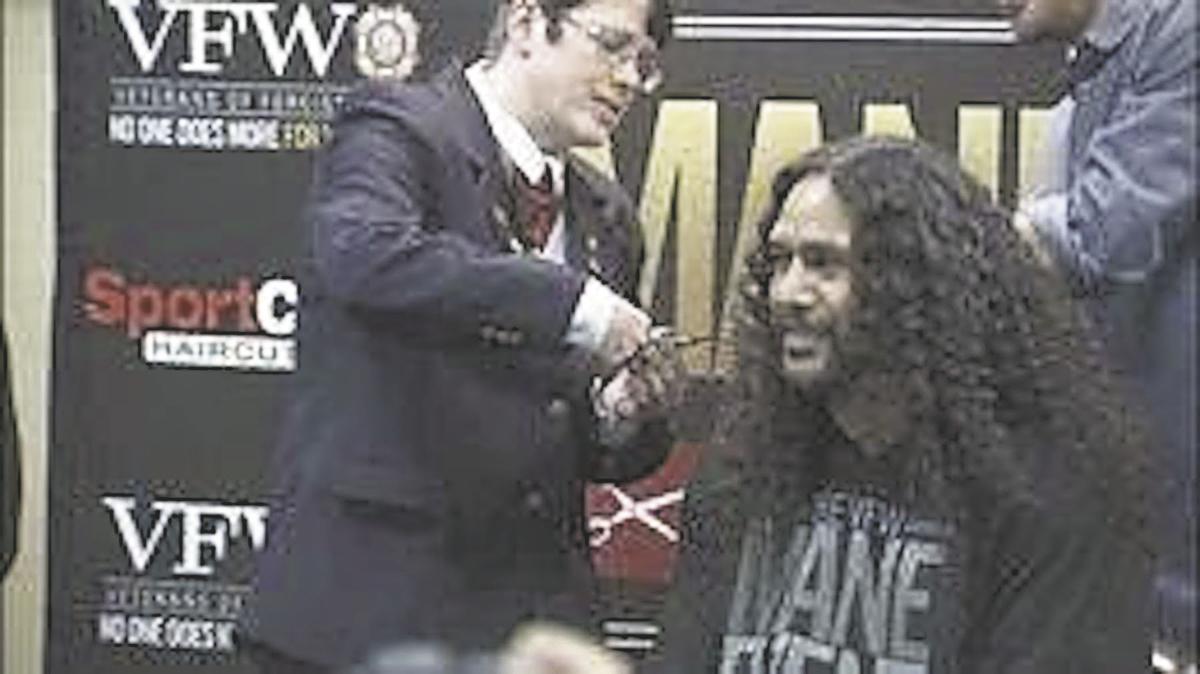 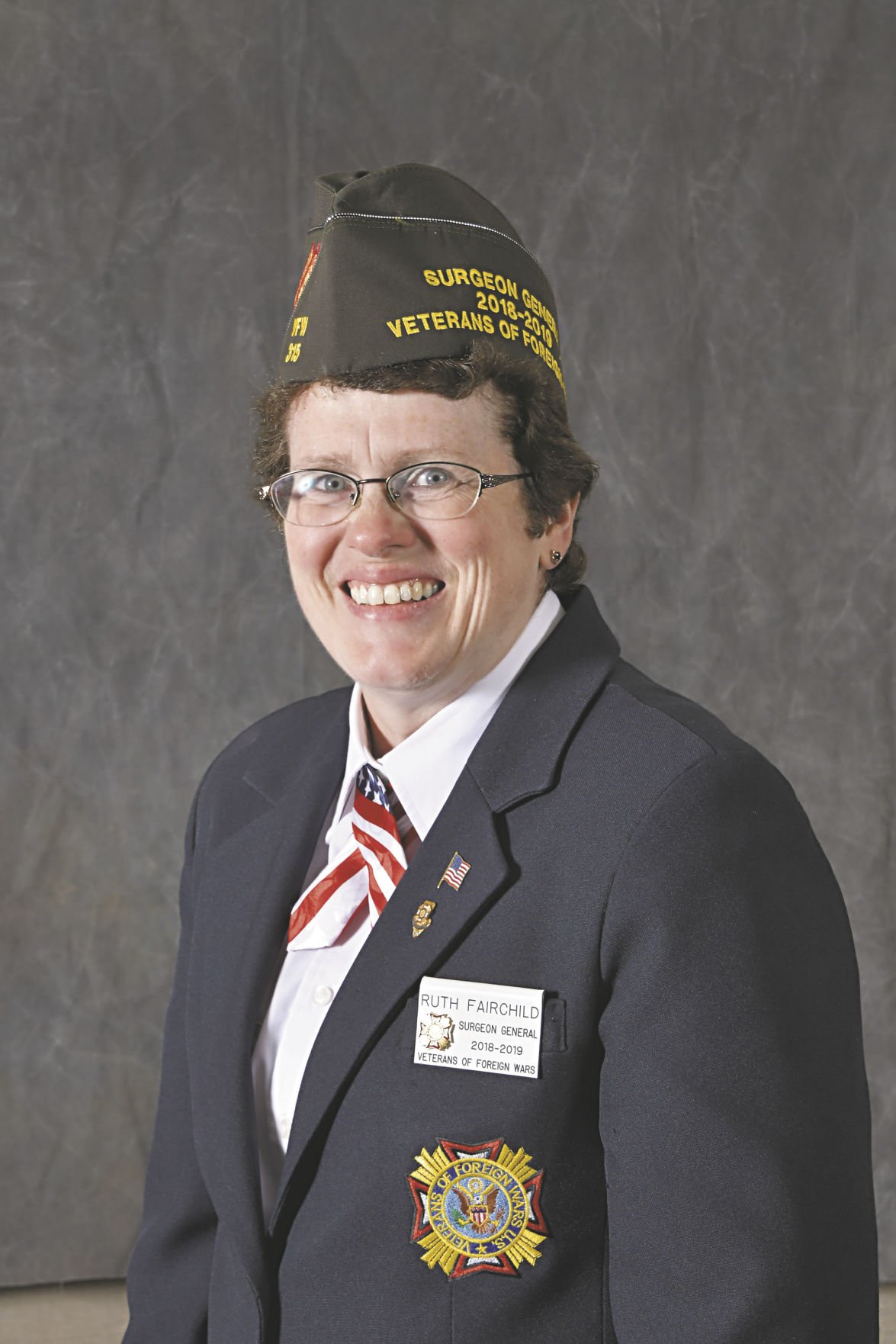 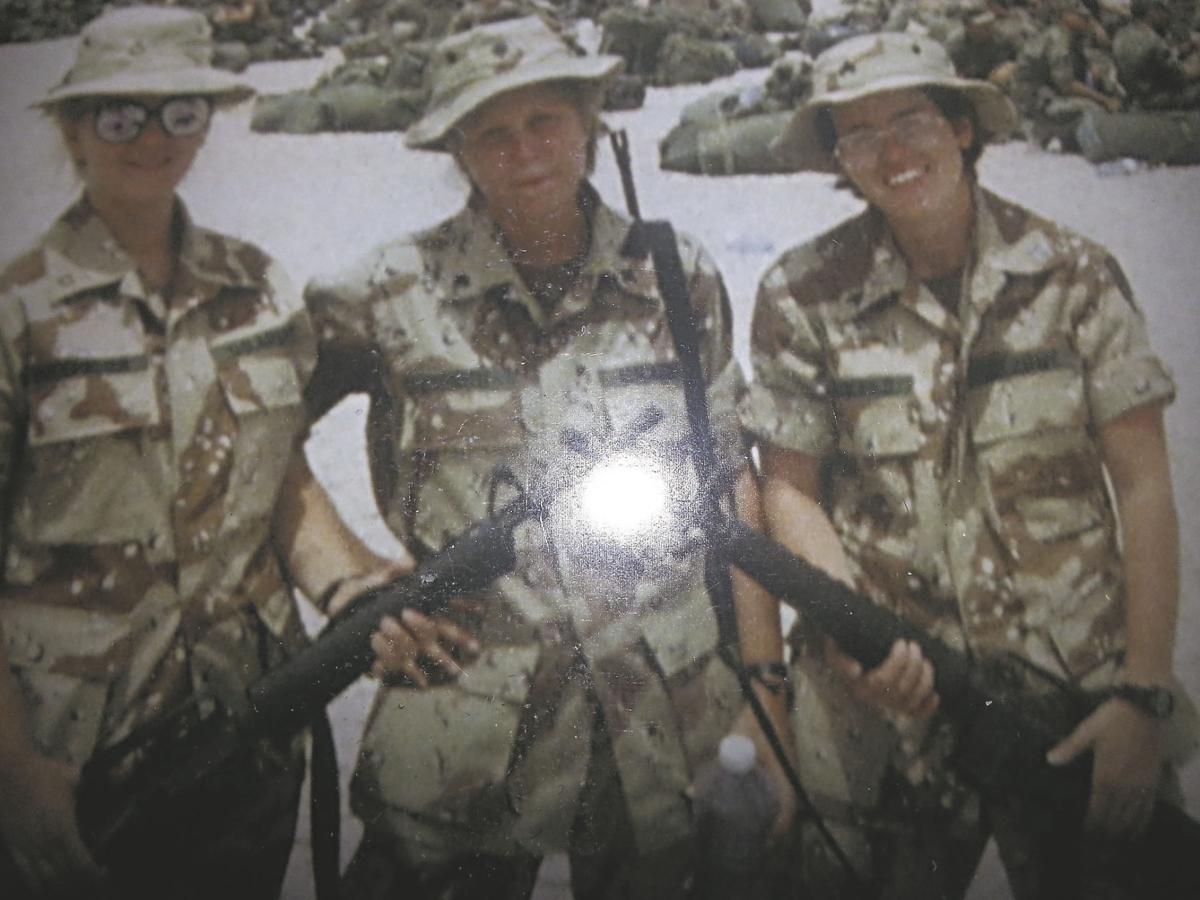 Acquiring a high position in the VFW takes some effort. Endorsements from four different levels of the organization and from different conference regions of the country must take place, and candidates can even run against one another.

New Castle resident Ruth A. Fairchild successfully completed those steps, and in turn, was elected National Surgeon General of the Veterans of Foreign Wars of the United States at the 119th VFW national convention held last month in Kansas City, Missouri.

The honor in itself is a distinguished one.

What’s even more special is that Fairchild, 54, is the first woman veteran to be elected to the position.

Her best friend, Stephanie Cavanaugh of Greensburg, who met Fairchild through the VFW, said Fairchild is dedicated to the organization.

“She has the drive, and goes above and beyond to give it her all,” Cavanaugh said.

A career in the medical field was always in the cards for Fairchild, and she has been involved in health care for 41 years.

“I always wanted to take care of people.”

Where that path led was first to the military after graduating from the Lawrence County Career and Technical Center in June of 1982. She entered the Army in July that same year and served from 1982 to 1994, earning her VFW eligibility by serving in Operation Desert Shield and Operation Desert Storm in Saudi Arabia.

Not only did Fairchild earn numerous military decorations, she received training in the medical field, specifically in the operating room as assistant to the surgeon and operating room technician, and is currently employed as perioperative materials supervisor with UPMC Jameson.

What Fairchild carries from the military life is self discipline and getting over obstacles, she said.

After joining VFW Post 315 in New Castle in 1994 to maintain the type of camaraderie she had while in the service, Fairchild served in various positions at the post, district and department levels, and was department commander from 2012 to 2013. She still serves as surgeon general at the post and district levels, has been on several committees on the national VFW level and was a member of the National Security and Foreign Affairs Committee.

To cap it off, she is a member of the VFW Auxiliary and the Military Order of the Cootie, and was secretary for the Pennsylvania VFW for seven years.

When Fairchild was State Surgeon General from 2004-2011, she traveled to the six VA hospitals in Pennsylvania, and VA nursing homes.

“We talked to administrators, toured the hospitals and talked to patients,” she said. “Kids were coming home from war with traumatic brain injuries or had amputations and we needed to find out how prepared they were for these situations. Services for women veterans, were needed, too.”

As the VFW National Surgeon General, she can travel with the State Surgeon General to VA facilities in nearby states to address some of the same issues.

“My goal is I want to get with all the State Surgeon Generals by email to see what they’re doing and if they have programs like Pennsylvania has.”

To run for the national position, the endorsements had to come from Post 315, District 25 comprised of Lawrence, Beaver and Butler counties, the state and the conference. Pennsylvania is included in the eastern states conference.

On election day at the convention that had attendance of 2,500 to 3,000, Fairchild was voted in by unanimous ballot.

“My parents are deceased but two aunts traveled to Kansas City to see this happen,” she said.

In addition to her newest role, she still will stay involved with the VFW at the local, district and state levels.

Fairchild and her husband, who was also in the Army, were stationed at various bases including one in Germany and in the U.S. She was married for more than 22 years when her husband died 10 years ago from Hodgkin’s lymphoma. Fairchild has a stepson who lives in Michigan and two grandchildren.

It takes an organized individual to balance what is, in a sense, a military and civilian life.

“Ruth knows how to take the helm and get the job done,” Cavanaugh said.

She is also pleased that there is female participation in the military on all levels — “on the battlefield and in the trenches with males. There is a whole influx now of females in the military holding high positions. Women are strong and capable enough to handle what is in front of them.”

Fairchild had to overcome the challenge as a female and was then recognized for being capable and taking charge of different levels of the VFW, Cavanaugh acknowledged.

“It’s a big time commitment but I have been fortunate that my employer has always worked with me, and I’ve used vacation time to do it,” Fairchild said, adding she has received great support from family and friends.

“I’ve adopted her as my little sister,” Cavanaugh said. “I am lucky to call Ruth my best friend. She’s dedicated, very patriotic, and is a very kind, caring and compassionate person. If you needed the shirt off her back, she would give it to you.”