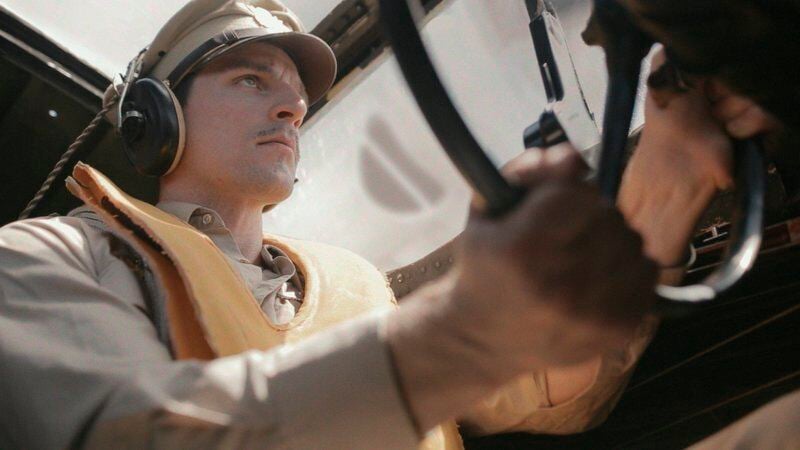 1st Lt. Royal Stratton, portrayed by Nick Molari, attempts an amphibious takeoff on a rough South Pacific in a scene from 'Journey to Royal: A WWII Rescue Mission' written and directed by Stratton's great-nephew Chris Johnson. 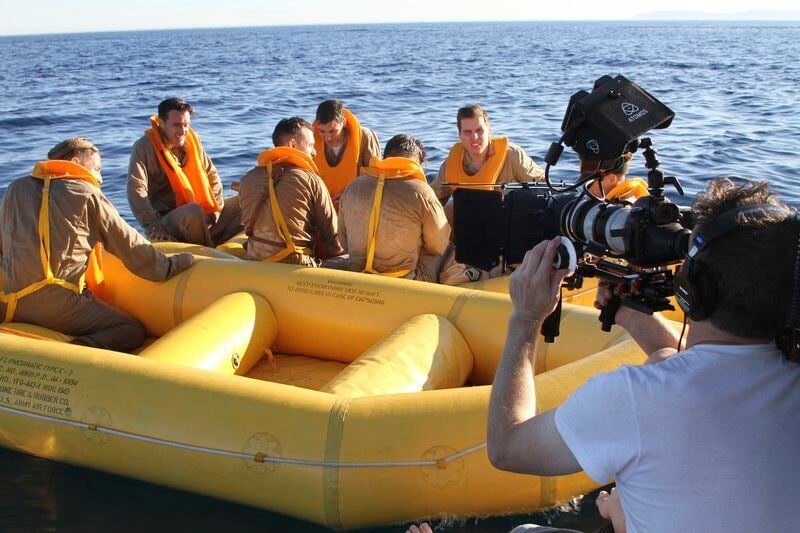 The cast of 'Journey to Royal: A WWII Rescue Mission' films a scene. 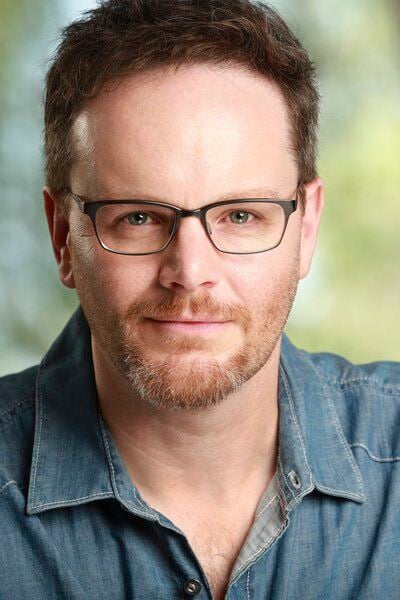 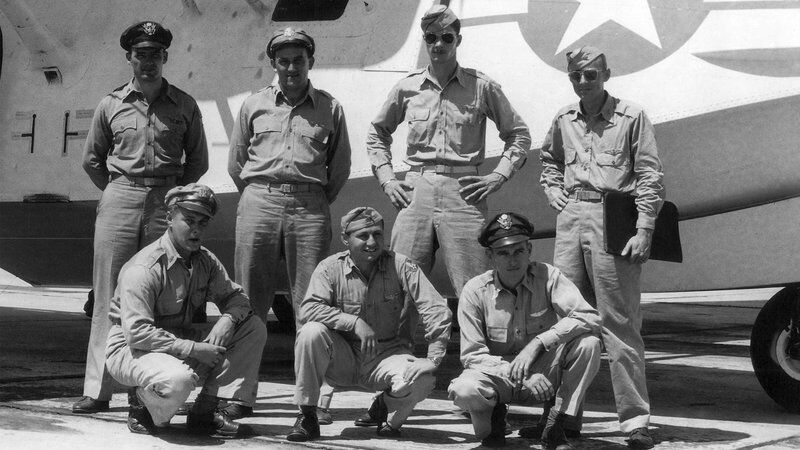 1st Lt. Royal Stratton, back row second from right, and members of the U.S. Army Air Corps' 4th Emergency Rescue Squadron in 1945. Stratton, an Ellwood City resident, died on May 29, 1945, at the age of 22 while saving nine downed airmen in the South Pacific.

1st Lt. Royal Stratton, portrayed by Nick Molari, attempts an amphibious takeoff on a rough South Pacific in a scene from 'Journey to Royal: A WWII Rescue Mission' written and directed by Stratton's great-nephew Chris Johnson.

The cast of 'Journey to Royal: A WWII Rescue Mission' films a scene.

1st Lt. Royal Stratton, back row second from right, and members of the U.S. Army Air Corps' 4th Emergency Rescue Squadron in 1945. Stratton, an Ellwood City resident, died on May 29, 1945, at the age of 22 while saving nine downed airmen in the South Pacific.

Seventy-five years after his great-uncle’s death, Chris Johnson got to know the World War II hero.

Now he plans to introduce 1st Lt. Royal Stratton to the rest of the world.

Born in Ellwood City, Johnson moved to New York as a child, but not before hearing family tales about Stratton, a 22-year-old rescue pilot who died while saving the lives of nine downed airmen in the South Pacific during WWII.

Now a Los Angeles-based filmmaker, Johnson returned to the stories he'd heard at family reunions for his latest project, "Journey to Royal: A WWII Rescue Mission," set for release Feb. 2.

"The family aspect, the longing to know someone who's not with us, that imbued it with another level of personal importance," noted Johnson who refers to the film as a "docudrama," combining live action, historical imagery and first-person interviews.

"Journey to Royal" tells of the U.S. Army Air Corps' 4th Emergency Rescue Squadron and Stratton, an Ellwood resident, who died on May 29, 1945.

It's a project Johnson began in 2009, interviewing surviving squadron members.

"The story isn't a fictionalized account, it's the veterans' story. My job was to step up and preserve their legacy," said Johnson, the film's writer and director who researched by following a limited seven-decade old paper trail and incorporated historical accurate details into the work.

"We were trying to stay as true to the story as possible in an environment that doesn't exist anymore. We were literally trying to understand what this person was about," Johnson said noting that his production firm, Misty Falls Motion Picture Company, also had to deal of the challenges of not being "a big budget Hollywood picture."

But Johnson's love for the veterans kept him going.

"(Producer Mariana Tosca) and I made a promise to these vets to honor their legacies and keep their stories alive," Johnson explained. "We were asking them to relive some of the worst memories of their lives, things they may not have told anyone else. It was very emotional, and often educational, for the families. We're filled with gratitude that they shared their stories with us.

"Now our job is to make sure we get this picture in front of as many eyes as possible," said Johnson, noting that the Video on Demand release will be available on streaming platforms including Amazon, iTunes, GooglePlay and Vimeo as well as through cable providers. DVD and Blu-ray versions of the film can be purchased on Amazon and a trailer is viewable on YouTube at https://www.youtube.com/watch?v=IrvU2XazU5o.

"It puts a period at the end of the promise we made," Johnson said of the release. "I hope that people can find inspiration in the humility of the veterans and their sacrifices.

"As we face an unprecedented combination of circumstances in the world today, I think that one of the things we hope comes out of the film is the message that ordinary people can step up and overcome challenges," continued Johnson who has worked in film industry for three decades, starting in visual effects and working as an "imagineer" for Walt Disney Imagineering.

"Today's healthcare workers and first responders are like the veterans in this film. When we come out on the other side of all of this, the things that they've endured and the stories of their sacrifices will be remembered and honored."

And though his relatives have always remembered Stratton, Johnson said the film gives closure to him and his family.

"This is the most personally important work I've done," he said. "I got to know my great-uncle and I get to share that with my family. It helps to fill the hole left by his untimely death."