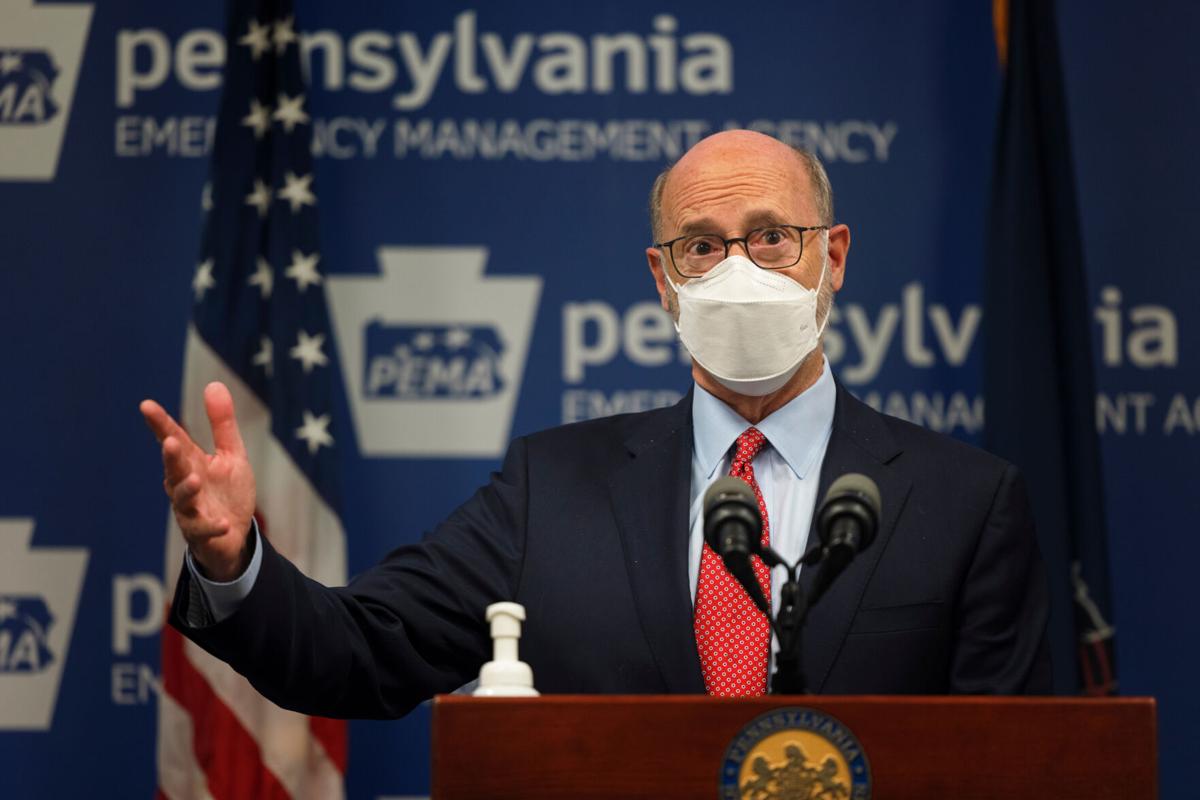 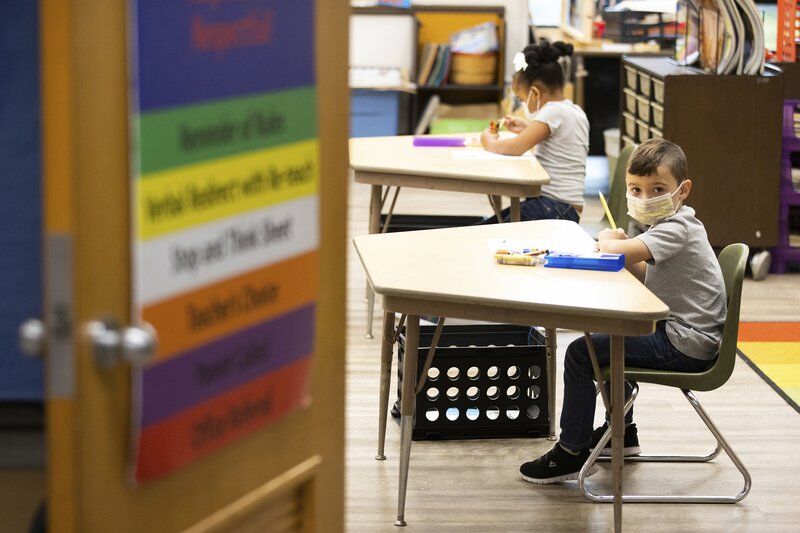 In this file photo from Aug. 27, 2020, first grade students at Dunmore Elementary Center in Dunmore, Pennsylvania, wear masks on their first day of classes. Pennsylvania Gov. Tom Wolf has proposed a 46 percent increase in the personal income tax to give public schools a massive boost in aid.

In this file photo from Aug. 27, 2020, first grade students at Dunmore Elementary Center in Dunmore, Pennsylvania, wear masks on their first day of classes. Pennsylvania Gov. Tom Wolf has proposed a 46 percent increase in the personal income tax to give public schools a massive boost in aid.

Gov. Tom Wold reversed course on Tuesday, mandating that students, staff and visitors to public and private schools and day care facilities will be required to wear masks beginning Sept. 7.

Wolf said that the state has the authority to issue the mandate under powers granted to the Department of Health, regardless of the move by the General Assembly in June to end the state’s COVID disaster emergency.

”For the last year and a half, Gov. Wolf has continually changed his mind on the well-being for Pennsylvanians. We are exhausted from the whiplash, especially when it comes to our children,” Metzgar said.

Wolf had previously said that his administration would let local officials decide whether to require masks, as the CDC recommends, or not. But Acting Health Secretary Alison Beam said that the spike in COVID cases over the last month has changed the landscape, and justifies the statewide mandate.

“The reality that we are living in now is extremely different than it was just one month ago,” Beam said. “Pennsylvania, along with the rest of the nation is seeing steep increases in cases, hospitalizations and deaths due to COVID-19. In July, we were seeing fewer than 300 new cases of COVID per day across the state. Now we are seeing more than 3,000 cases per day. Hospitalizations from COVID are up — 1,850 people are in the hospital just today because of COVID-19, versus 245 in mid-July,” Beam said.

Senate Majority Leader Kim Ward, R-Westmoreland County, said that Wolf’s mandate may be “well-intended,” but she added, “His approach is not based on data, nor does it consider the demographics, geography and cultures across the Commonwealth.”

Wolf called on the General Assembly to return to the Capitol last week to pass legislation to implement a statewide mask mandate, but Republicans who control both chambers of the Legislature refused. and with local officials in much of the state unwilling to enact mask mandates, Wolf said he decided he needed to act.

Wolf didn’t mention it in his press conference comment, but in a press release, he said that local school boards’ deliberations about masking policies were tainted by “an aggressive nationwide campaign … spreading misinformation about mask-wear and pressuring and intimidating school districts to reject mask policies.”

The Pennsylvania School Board Association though said that the local decisions were made after “hard work, conducting discussions and seeking community input” and while the PSBA said it would remind local districts of “legal obligation related to the directive and urging them to consult with their local district solicitor on compliance” the school board group said the state shouldn’t be implementing statewide mandates on the masking controversy.