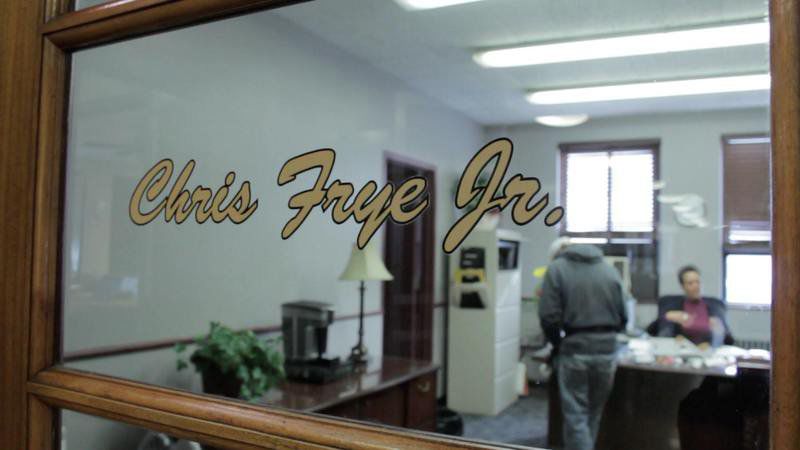 Mayor Chris Frye has office hours for those wishing to meet with him, but said his schedule is full of meetings until March. 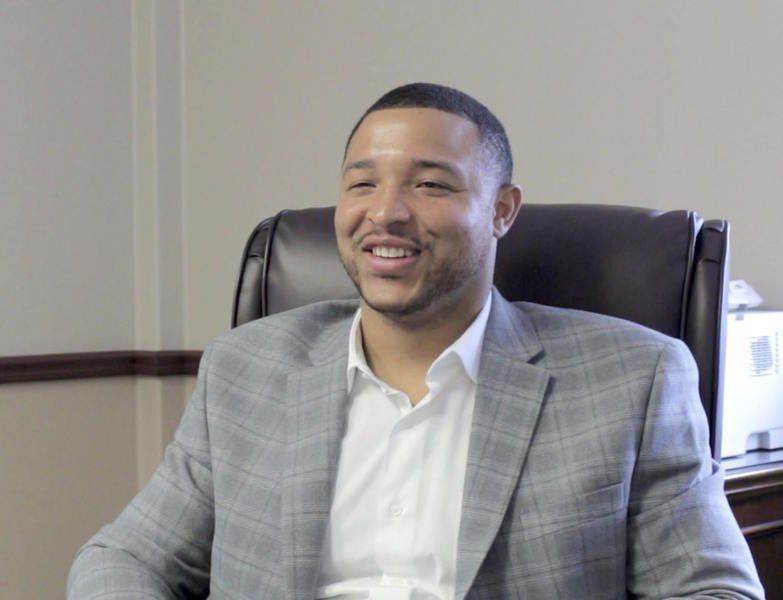 Mayor Chris Frye has been in office for three weeks, and he's yet to have a slow day. 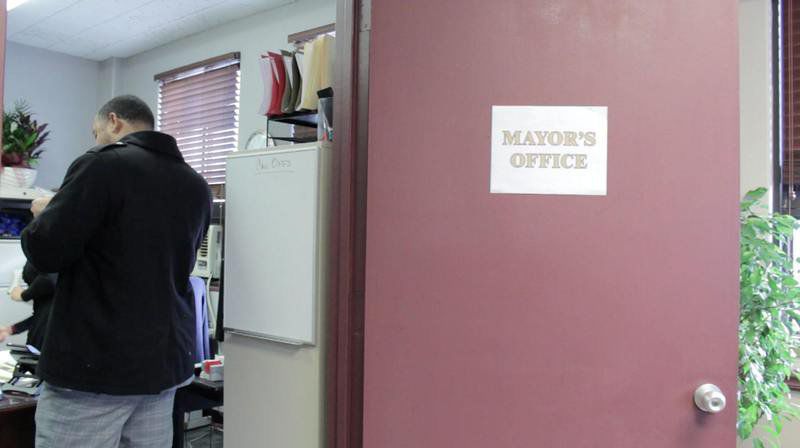 In a non-flashy manner, Mayor Chris Frye has a sign on his door.

Mayor Chris Frye has office hours for those wishing to meet with him, but said his schedule is full of meetings until March.

Mayor Chris Frye has been in office for three weeks, and he's yet to have a slow day.

In a non-flashy manner, Mayor Chris Frye has a sign on his door.

Editor's note: This is a continuation of a monthly series of journeys by New Castle News reporter Maria Basileo. She will be traveling around Lawrence County, sharing stories and videos of the people who make this county special. Have a suggestion for her, email mbasileo@ncnewsonline.com.

Since taking office three weeks ago, Mayor Chris Frye has been busy between meeting with local agencies and looking for ways to move the city forward, but says he's still reachable to residents of the city.

"The public has been incredibly patient in these last three weeks," said Frye. "They know that there's a lot going on."

While keeping his schedule open for office hours is important, he said his planner has meetings set all the way to March.

When not meeting with city residents, Frye meets with his administration and entities such as PennDOT and the United Way.

When first arriving at city hall in the morning, Frye sets "the tone for the culture" for the building.

"You come in, you say good morning to every person that you see,” said Frye. “Just being positive and optimistic is the first thing.”

When he finally makes it to his office and checks his email, it's on to more "policy-related" items such as proposing amendments to the 2020 adopted budget.

“My plan presents a foundation for our economic future," said Frye.

The amendments, which were presented during Tuesday's New Castle City Council Caucus meeting, include splitting the position of chief financial officer and business administrator, reducing code enforcement officers and responsibilities and updating technology.

"That's been one of the major complaints about promoting and marketing New Castle is not having an adequate website," said Frye.

Frye has been in contact with the the city's website designer Aaron Elliot, owner/operator of Forward Trends LLC, in order to update the site to be more user and resident friendly.

"It's a heavy, it's a hard job," said Frye. "I think it's just that folks are respectful of the fact that they know that it's a lot."

Communion: Kits available, or do it yourself

Melva J. Pelini, 86 of New Castle passed away on April 8, 2020. Due to her wishes, there will be no visitation or services. Arrangements entrusted to the R. Cunningham Funeral Home, New Castle.

Eugene E. Price Jr., 64, of New Castle passed away the morning of April 7, 2020, at UPMC Presbyterian Hospital. Born on April 17, 1955, in Pittsburgh, he was a son of the late Eugene Price Sr. and Evelyn Fitzhugh Price. Eugene married his beloved wife, the former Mary Hansley, in 1979. She s…