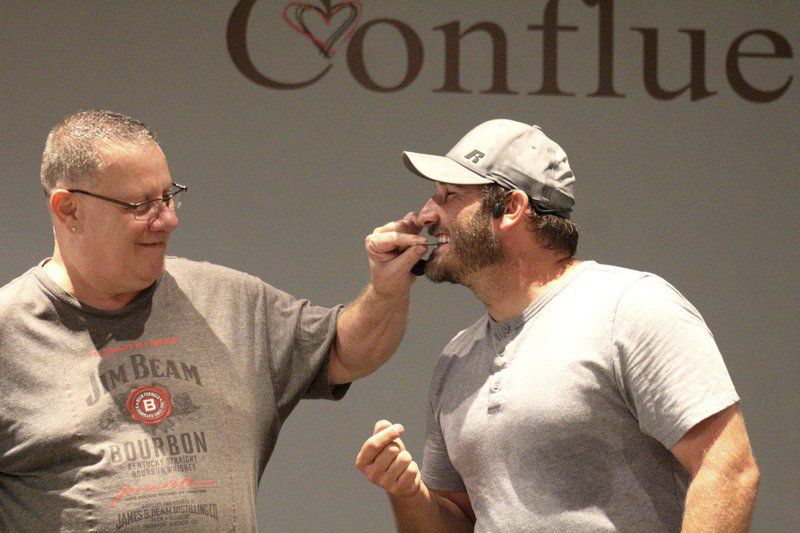 North Hill resident Dino Ruscitti, left, pulls a card from the mouth of singer-magician T.J. Hill on Thursday nght at The Confluence. Ruscitti was the first audience volunteer for Hill’s magic act, which followed about an hour of him playing songs from across the decade. 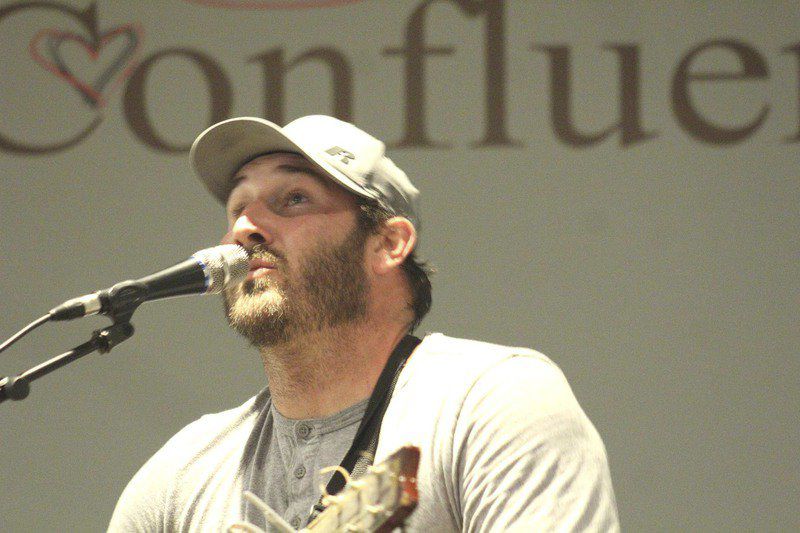 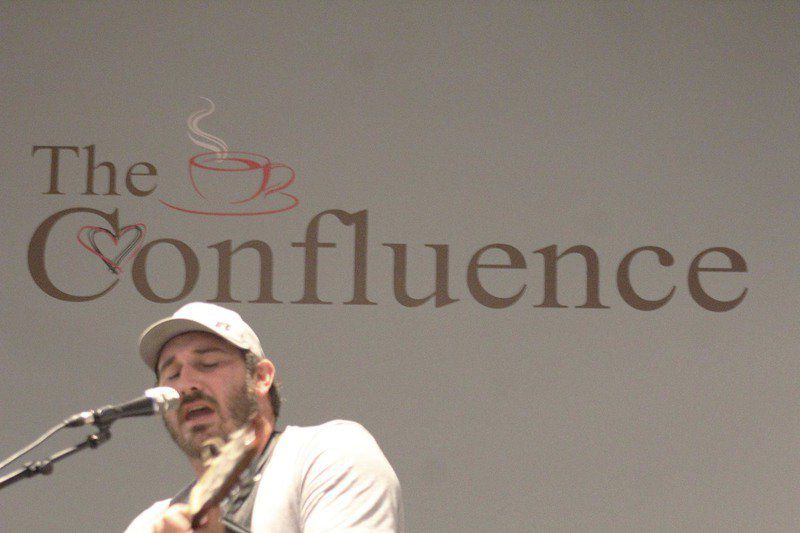 North Hill resident Dino Ruscitti, left, pulls a card from the mouth of singer-magician T.J. Hill on Thursday nght at The Confluence. Ruscitti was the first audience volunteer for Hill’s magic act, which followed about an hour of him playing songs from across the decade.

As business moved away from New Castle’s downtown, parking normally isn’t an issue on most evenings.

Except for Thursdays, when parking near Riverwalk Park and in the Washington Center plaza is at a premium for a few hours because of the live music and open mic nights at The Confluence.

A handful of music lovers take the small stage in the coffee shop each week for an hour, while a feature act follows with a performance from 7 to 8:30 p.m. The acts are mostly local and booked about a month in advance by volunteers John Ross and Nick Allegro.

Pittsburgh-based and New Castle native T.J. Hill played his acoustic guitar Thursday and sang a collection, ranging from the 1970s through hits of the 2000s, putting his own spin on songs by Bruce Springsteen, Bob Seger and, by request, Matchbox Twenty. After a brief intermission, Hill turned in his guitar for a deck of cards and started showing off his magician chops — which included revealing a seven of diamonds from inside his mouth, illusion tricks and hiding a dollar bill in a lemon.

Patty McCann, manager of The Confluence (which is run by Cray Youth and Family Services), works behind the counter and cooks during the week. She said Thursday’s attendance of around 30 — there are regulars, some who the staff know what they’ll order just by seeing them — was down and that the room is normally packed.

“There’s nothing that makes you happier than when you stand back here and see people having a great time,” McCann said.

This week’s evening music night is the exception in The Confluence’s new hours. Starting Monday, the business is open only from 7 a.m. until 2 p.m. on Monday, Tuesday and Wednesday. On Thursdays, closing time is 9 p.m., and the business is closed on Friday, Saturday and Sunday.

“Most of our menu is for breakfast and lunch time,” McCann said.

The change in hours to an earlier closing time reflects not only the menu, but eliminated hours when business was lighter.

“It could be a money saver for us.”

On Fridays, The Confluence is hoping to attract businesses for private luncheons. McCann noted the weekends are still available for weddings, wedding showers and parties.