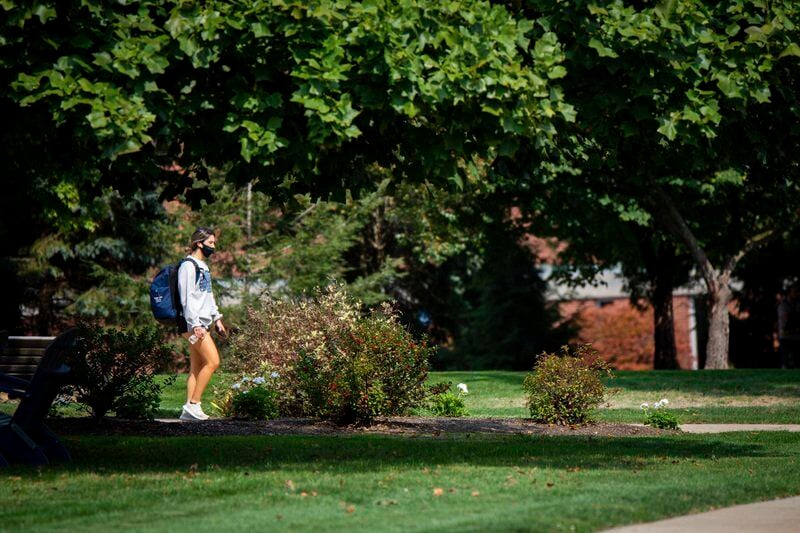 A Westminster College student walks through campus in New Wilmington. 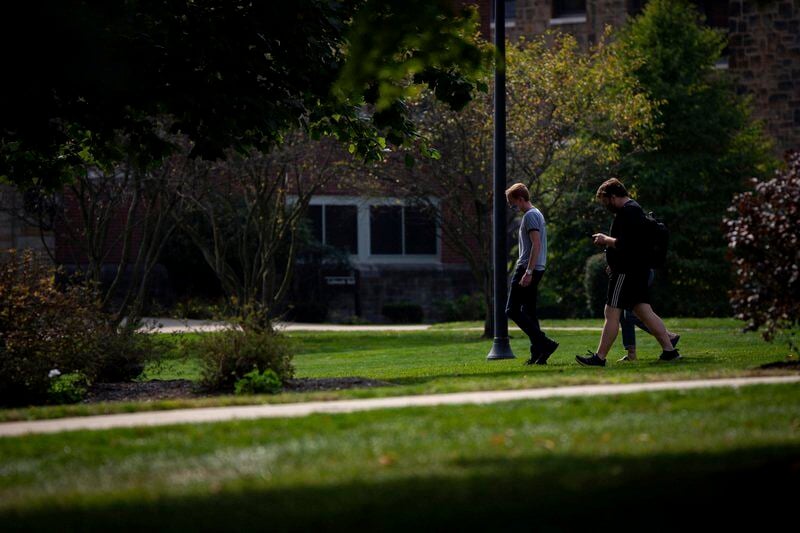 A Westminster College student walks through campus in New Wilmington.

Editor's note: This is the second in an Election Day series of localized national stories.

Campaigns and commercials calling on young voters to participate in registering and voting have not been lost on Lawrence County's young voters.

Five young voters who are registered to vote in different states, as well as utilizing different voting methods, all recognize the importance of exercising their right to vote in November.

"I think young people and college students notoriously don’t vote or think it’s important because they feel like their vote doesn’t matter, which couldn’t be further from the truth," said Jaclyn Buda, a junior studying political science at Westminster College.

Buda registered to vote in Texas in May and will be voting in person on Nov. 3.

"I feel fairly comfortable voting in person," Buda said. "I do still worry about being in a crowd of people and worrying that others aren’t taking the same precautions I am though. I felt a lot better after I saw the local news talking about the safety measures they will be taking at the polling locations."

"While it’s something I’ve come to expect in most public places now, it’s at least reassuring that they’re informing the public of the steps they will be keeping to keep us safe."

Jack Karson, from New Wilmington and a junior at Westminster, will also be voting in-person.

"If adequate mitigation protocol is in place, I have no problem voting in person," Karson said. "I voted in person for the general primary in June, and I felt completely safe."

Emily Gellatly, a Westminster senior political science, registered to vote in Ohio in 2017 and will be voting by mail.

"I usually try to vote via mail because you never know what might come up if you wait to go in person on election day," Gellatly said. "I think that mail-in voting is a wonderful option that makes voting accessible to many people who might have trouble getting to the polls."

Mail-in voting has led to a partisan divide with allegations of increased fraud and questioning the validity of the results. In Pennsylvania, applicants apply for a ballot using their driver's license or a portion of their Social Security numbers. Once a ballot is received and filled out, it can be submitted a few different ways to be counted and processed.

"There are college students for whom it is the only option because they can't travel home to vote, people with disabilities who might not be able to get there and many people without transportation or the ability to take off work," Gellatly continued. "Voting by mail is an option that makes voting accessible to many groups who might have difficulty otherwise and should be revered as such."

Abbey Salomon, a Neshannock High graduate and junior at Cedarville (Ohio) University studying history and political science, will also be voting by mail.

"As this is my first time voting mail-in, the controversy surrounding mail-in ballots worries me a little bit," Salomon said. "Knowing that there is a possibility that, because of someone's hate for one party or another, that my voice along will hundreds of others may not be heard is a hard thought to swallow."

Lawrence County has handled about 14,000 requests for mail-in ballots so far.

"Even with COVID-19 precautions in place, however, I recognize that mail-in voting is a legitimate way to participate," Karson said. "With the gravity of this year’s election, I would absolutely encourage mail-in ballots to anyone who is apprehensive about voting in person."

This will be the first time all of the young voters will be voting in a presidential election.

"It’s important to vote because the people elected are put in charge of our laws, our money and our trust," Buda said. "Voting is the only way to have a voice as to who will be in office, best representing our beliefs and our interests. These elected officials represent us and if you want your views and beliefs represented, you need to use your voice and vote."

Admittedly, some admit they haven't paid attention to some of the local political races.

"I’ve been trying to follow the bigger races in my area but, admittedly, with school and everything else I have going on, I probably haven’t done as much research on all the races as I should have," Buda said. "Our area has several voter guides available from different outlets, outlining the candidates and their primary platforms, so I’m hoping to have some time to spend researching before I vote."

Gellantly said she's following the different races, including down-ballot ones, because she feels the decisions of local and state representatives impact daily life "just as much, if not more than the decision being made on Capitol Hill."

Braden Niles, a senior at Laurel High School planning to study political science in college, has been following the race for Pennsylvania's 9th Legislative District between incumbent Chris Sainato and challengers Lynne Ryan and Darryl Audia. Buda said she doesn't think many young people and students realize the gravity of voting.

"Their decisions affect everyone, even younger populations and college students," she said. "We don’t just vote for president. We vote for state and local representatives and positions as well."

Mr. Daniel Malizia, age 73, passed away peacefully on Friday, Oct. 23, 2020. Mr. Malizia was preceded in death by his parents, Frances and Rinaldo A. Malizia, and is survived by his brother, Anthony Malizia (Denise); his daughter, Jenny Malizia (Ken Arenz); his son, Kevin Malizia (Molly Daws…